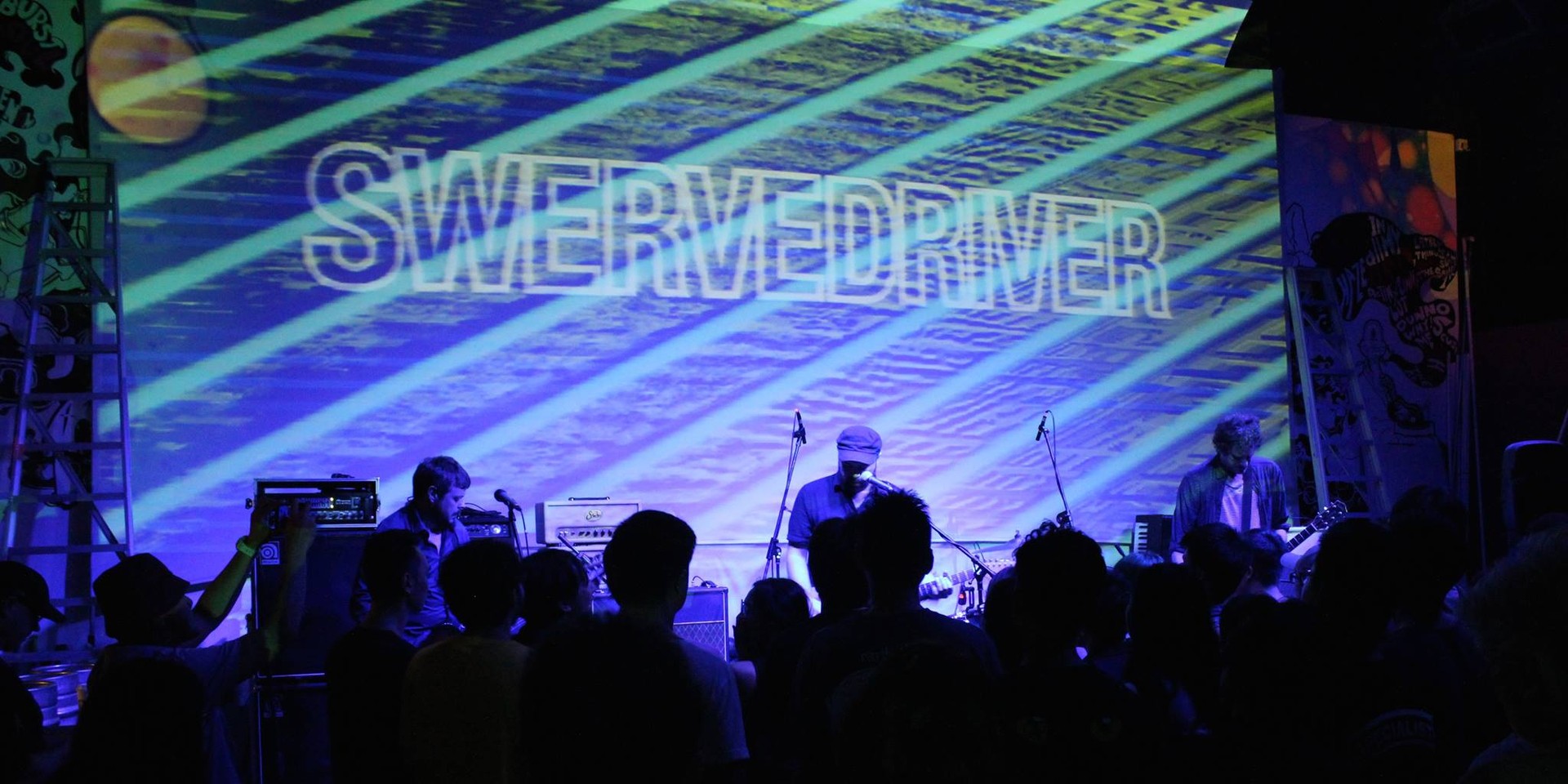 We’ve already pontificated on the roots of the shoegaze genre so we won’t go into that here, but as a band that has consistently been lumped alongside other classic shoegazers like My Bloody Valentine and Lush, Swervedriver never quite fit in with their more pop-oriented and less ethereal take on guitar shredding and feedback fuzz.

For those who appreciated their heavier sound, Swervedriver’s 2015 release I Was Born To Lose You was a momentous event in the band’s canyon, not only because it was their first in 17 years. Playing to their musical strengths to satisfy old-time fans, the record also served as a great introduction to their sound to a new generation of fans.

So you can imagine how pumped we were at the news that following the success of the Hinds gig, Songs for Children were going to cater to Singapore’s indie lovers by hosting Swervedriver at Hood Cafe and Bar.

Subtly situated atop Bugis+, when we walked into the venue on the night of the gig we were immediately struck by the animated video being projected on the back wall behind the stage. Playing snippets of 1950s TV dance tutorials, scenes from old ads and films, and flashing drawings that said things like “Phil King is my bassist” on loop, the DIY vibe of the visuals was compounded by the intensely colorful and swirling (we hesitate to say “psychedelic”) overlay.

It was then that we knew, we were heading in for a fuzzy night.

But we’d be lying if we said we weren’t a bit worried as well. Although Singapore’s indie scene can be flatteringly described as niche, we are well aware that the number of local fans interested in the shoegaze subgenre is even smaller than the already small indie fan-set. What’s more, a big part of enjoying shoegaze comes from the crowd rocking out, so we need not say more on that topic no? 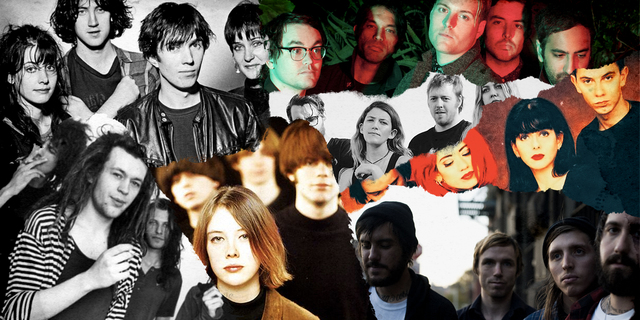 "Shoegaze's story is ultimately one of triumph over fleeting trends, despite itself almost threatening to be one."

Which is why we were pleasantly surprised to find that the crowd size at Hood was respectable for openers Cosmic Child, and continued to fill up as it got later as more arrived for Swervedriver.

Playfully calling their style of music “duvet-pop”, Cosmic Child gives local shoegaze fans hope for an indie sound different to the norm. Toeing the lines between dream pop and alternative rock, their smooth guitars, cymbal-heavy drum beats and delicate but dysphoric vocals set the right tone and vibe for the Swervedriver set to come.

Although most of the people present for Cosmic Child chose to stay seated on their tables during their set, the excitement at the prospect Swervedriver was palpable in the excited conversations we could overhear. With a crowd that encompassed ages that ranged from younglings in their teens to more mature fans well into their 40s, it was great to see that Swervedriver’s newest record succeeded in retaining old fans and gaining some new ones in our millennial generation.

After what seemed like an eon of standing in anticipation for Swervedriver to take to the stage, the band eventually made their way from where they were casually drinking (on a table a mere five feet from where the crowd had congregated) and stepped on to loud cheers and "whoo"s. 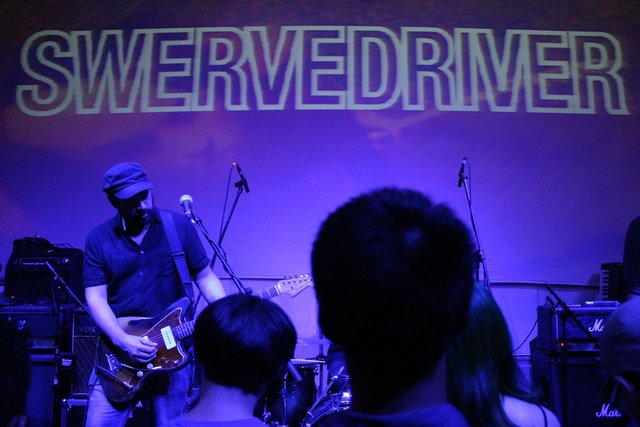 In classic shoegaze band style, Swervedriver ripped into opener 'Autodidact' without so much as a hello or an introduction to the beginning of their set.

Not that we needed one, as soon as Adam (lead vocalist and lead guitarist) and Jimmy (lead guitarist) began strumming and pushing pedals, the feedback and fuzz of their instruments’ sounds were gladly welcomed by our ears.

Situating ourselves as close as possible to the amplifiers, we lapped up the distortion being blasted through the speakers, fully aware and not caring that we’d most likely be unable to hear properly for the next day or so. 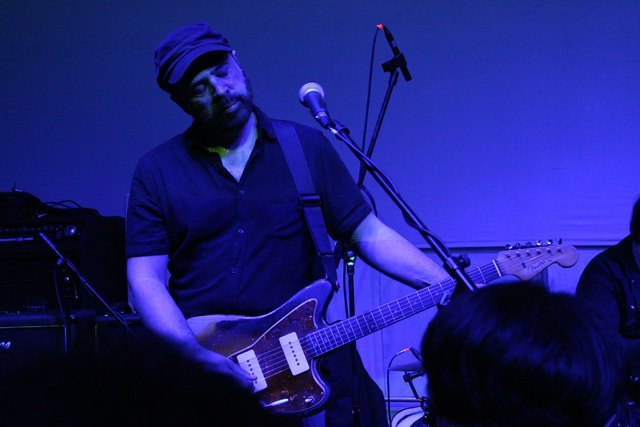 Playing a set that was composed of songs from their newest release intermixed with a few older classics like “Rave Down”, we were glad to see that the crowd dutifully swayed along, eyes closed with heads loosely moving from side to side.

Although Swervedriver are known for their heavier sound, towards the middle of their set especially, the warped sounds coming from the speakers blurred into silky noise that basically had us lost in a dizzy and undulated trance.

We mentioned we situated ourselves closely to the speakers to get the full fuzz experience, but perhaps things got a bit too ambient for us as a result of the lack of clarity in vocals. Although obscured vocals are part and parcel of the shoegaze genre, the vocals were almost inaudible next to the guitars. 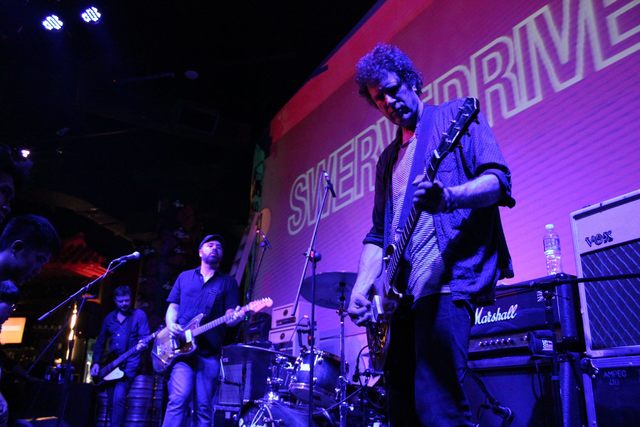 That being said, we loved the fuzzy noise that blasted through the speakers and we were painfully brought back to reality when Swervedriver ended their set, which we were shocked to discover went on for over an hour.

The sudden change in sound levels warped us back to the reality of it being a Wednesday evening, and though we continued on the rest of our week wondering whether the whole experience was real, the subtle ringing that lingered (still lingers) in our ears even days after the gig confirmed that yes, we had the pleasure of dreamily oscillating to a classic band do what they do best. 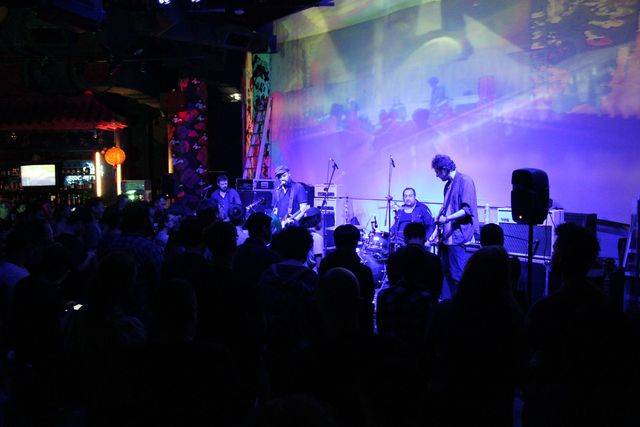 Special thanks to Songs For Children for the invite.