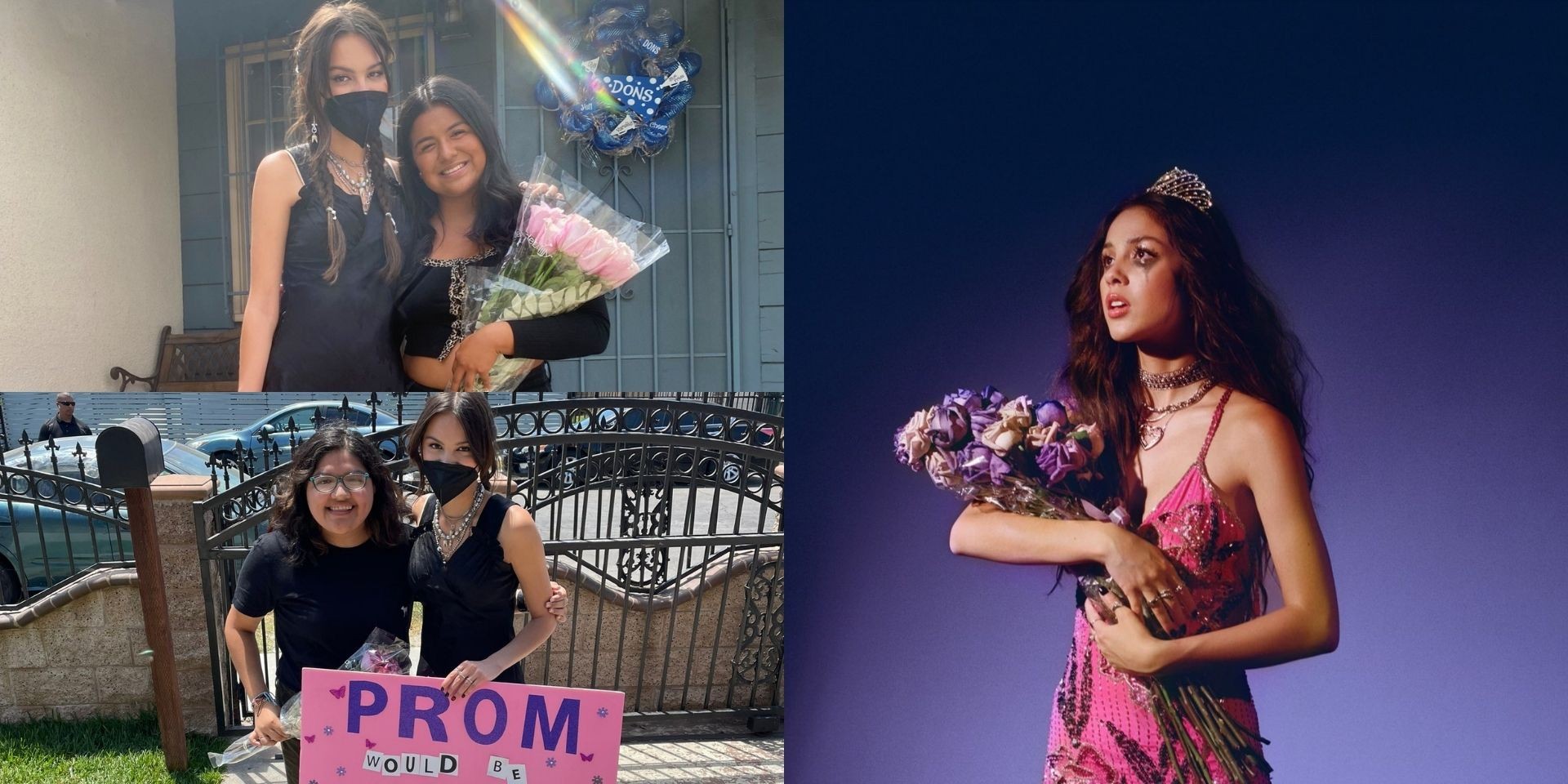 The Internet adores Olivia Rodrigo, and it's hard not to see why. With her relatable persona and earnest songwriting, the 18-year-old megastar has won the hearts of many, especially after the release of her acclaimed debut album SOUR.

Rodrigo has once again given us a new reason to stan with her #SourSurprise campaign that launched last week in tandem with graduation season in the United States. Fans could submit throwback photos of their high school lives to this website or upload it on social media along with the #SourSurprise hashtag.

had my sour lyrics inspired cap just a couple weeks ago (: #soursurprise pic.twitter.com/NWE5mRyUBa

#soursurprise it's almost as if my graduation was sour themed 🤔😌💜 pic.twitter.com/lZv6jyu9T7

Moreover, the 'drivers license' hitmaker—who also just graduated from high school herself—went the extra mile on Wednesday (23/6) to surprise fans by visting their homes and asking them out to prom.

Fans of Rodrigo, also known as Livies, shared their experiences of meeting the 'brutal' act in-person:

olivia rodrigo came to my house to ask me to prom & i don’t think i’ll ever shut up. WHAT IS LIFE???! pic.twitter.com/lkdLuQrEu9

the best and only promposal i’ve ever gotten. I WILL BE YOUR DATE FOREVER <3 pic.twitter.com/A0VzzL1EAh

As it turns out, the promposal was actually an invitation to Sour Prom, an upcoming concert film that Rodrigo announced on 24 June.

since i never got to go to prom, I wanted to throw a little prom party with my fav ppl (you guys obvs). SOUR prom the concert film comes out Tuesday!!!! 💜💐🔪 @youtubemusic @TMobile pic.twitter.com/7j1dvKVyWP

The film will premiere on 29 June, 8:30PM PT (30 June, 11:30AM SGT/PHT) via the singer's official YouTube channel. She'll be performing cuts from SOUR, and fans can enjoy "the ultimate alternative prom experience", Billboard reports. Watch the livestream below.

Sour Prom comes amid the pop sensation's continued reign on the charts. As of 21 June, 'good 4 u' has logged its third week at number one on the Billboard Global 200, and SOUR currently stands as the best-selling album from a female artist in 2021.

Revisit the album in full here: