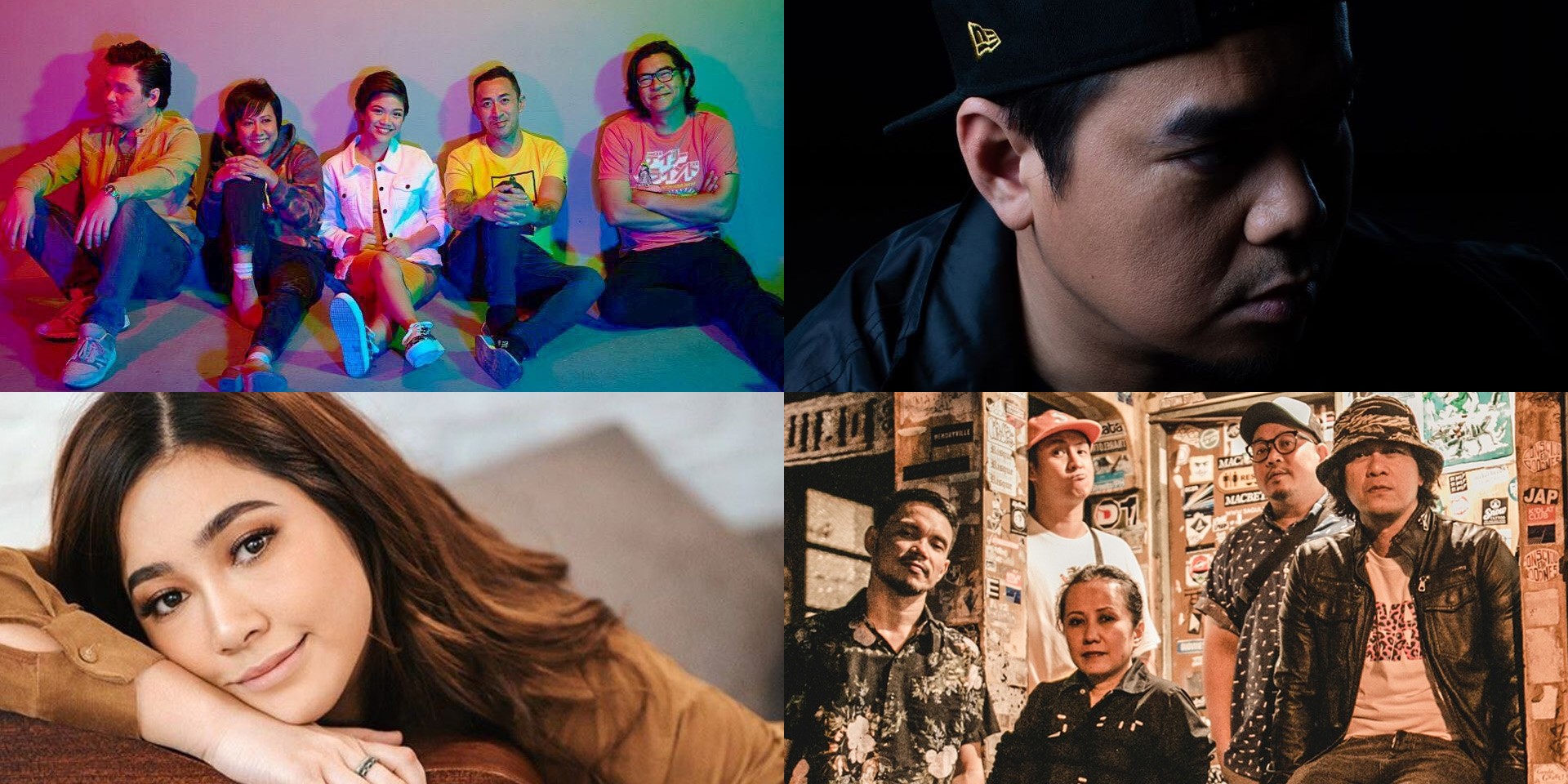 Christmas is coming early this Friday. Blessed be these "ber" months!

Some of your favorite local acts just delivered your early Christmas presents today (11/08). From the likes of Imago, Sandwich, Johnoy Danao, and Gloc-9, you've got your hot collabs on top of holiday favorites from Moira Dela Torre and Gracenote's new Almost Christmas EP.

Check out these new tracks from some of your favorite local acts below.

Imago have released their first collab with Filipino rapper BendeDos. "BenteDos started out as crew for us but is now our thrifting, biking, Divisoria going, t-shirt printing, Korean bbq buddy who is integral to the Imago fam," bassist Myrene Academia tells Bandwagon of the new track, which was arranged by Raymund Marasigan.

"He also raps and earlier this year Raymund began recording his songs in his home studio in Marikina. Raymund also helped produce the backing tracks for Imago's live shows and during one of those sessions he inserted one of BenteDos' raps onto an old Imago song just for fun. It sounded good and we decided we should make a real collaboration."

Academia confesses that Imago had an "iffy year on a personal level" until vocalist Kiara San Luis entered the fold. "We'd survived all those personnel changes but at our core we're still lucky to be friends and we have each other's backs. With Kiara on vocaIs it feels like we're free to try anything at this point, it's exciting to explore all the possibilities ahead of us. One of which was to do this collab with BenteDos."

The track was recorded at Kodama Studios with engineer Shinji Tanaka and vocal producer Buddy Zabala.

From what started out as a "random internet article about Ice [Seguerra]," Sandwich's Raymund Marasigan found inspiration for a new track. "I talked to Diego [Castillo] about it after recording the demo and he suggested I give Ice a call."

Marasigan tells Bandwagon, "I had no expectations cos we’re not really close but i’ve briefly worked with him in the Elements camps," but finally 'Koloring Book' is here as it brought two great Filipino acts together.

Johnoy Danao is back with another track, featuring Angel Aquino.

As part of the Eraserheads cover compilation Pop Machine, Ciudad dropped with own rendition of 'Tindahan Ni Aling Nena.'

Stare out the window and sigh heavily to this new ballad by Regine Velasquez and Moira Dela Torre.

Yeng Constantino has unveiled 'Ikaw Ang Akin' from the official soundtrack of Write About Love.

Gloc-9 is at it again with a new collab!

You can't go wrong with a Christmas classic, especially when it's sung by powerhouse Morissette and A1's Ben Adams.

One Christmas song isn't enough for Gracenote. This Friday, they dropped an entire EP dedicated to the holiday.