The time has come to celebrate 20 years of Typecast.

Last week the 'Mulat Na Mata' act' announced the details of the first leg of their anniversary series, featuring Chicosci and Urbandub, as they bring the spotlight to songs from their debut album Last Time and "songs [they] grew up listening to" at Upperhouse in Bonifacio Global City, Taguig on November 4 (Monday).

This time around, they've revealed the official lineup for the second and third parts of their anniversary series.

The second leg of the series will take the post-hardcore band to 12 Monkeys in El Pueblo, Ortigas on November 14 (Thursday) as they celebrate the songs off Every Moss and Cobweb and How Your Influence Betrays You. They will be joined by I Belong to the Zoo, Mayonnaise, Join the Club, and Soapdish. 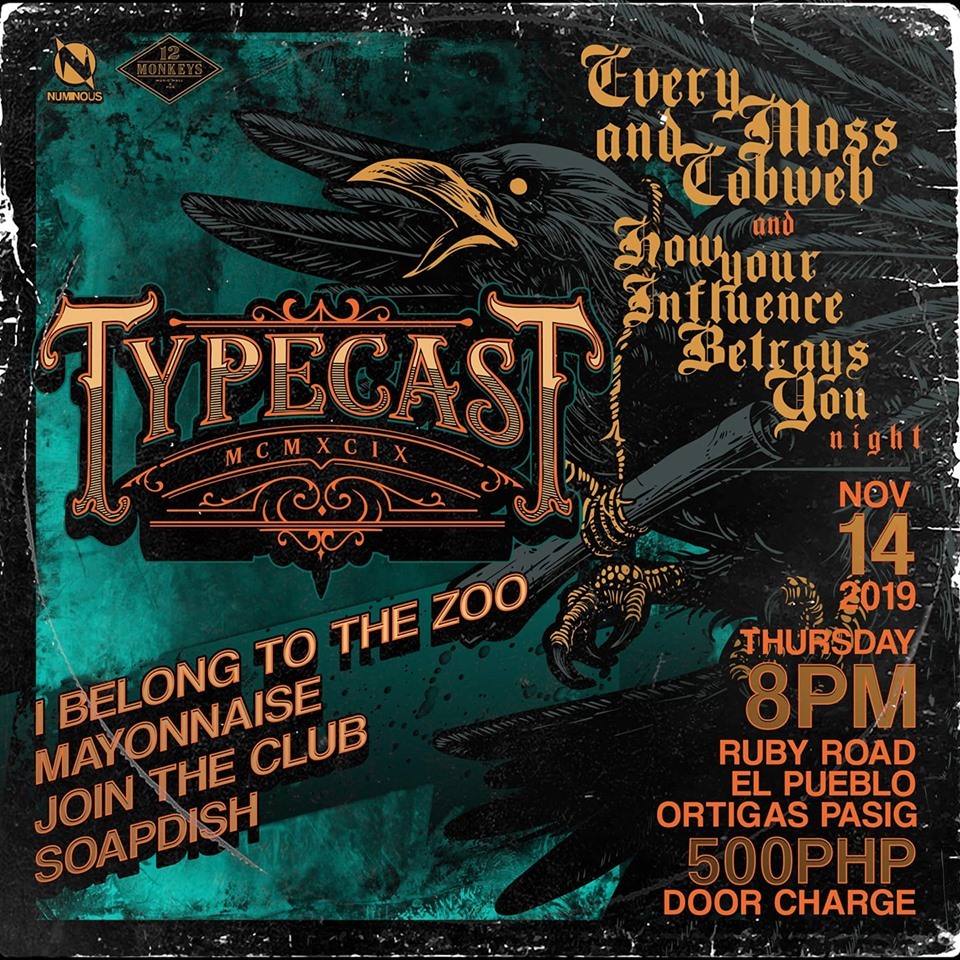 The third part of Typecast's 20th anniversary celebration will be held at '70s Bistro in Quezon City on November 21 (Thursday), where they will be playing songs from Infatuation is Always There and Word Sits Heavy. The show will also feature live performances by Franco and Sandwich.

Tickets will be available at the door for PHP 500. 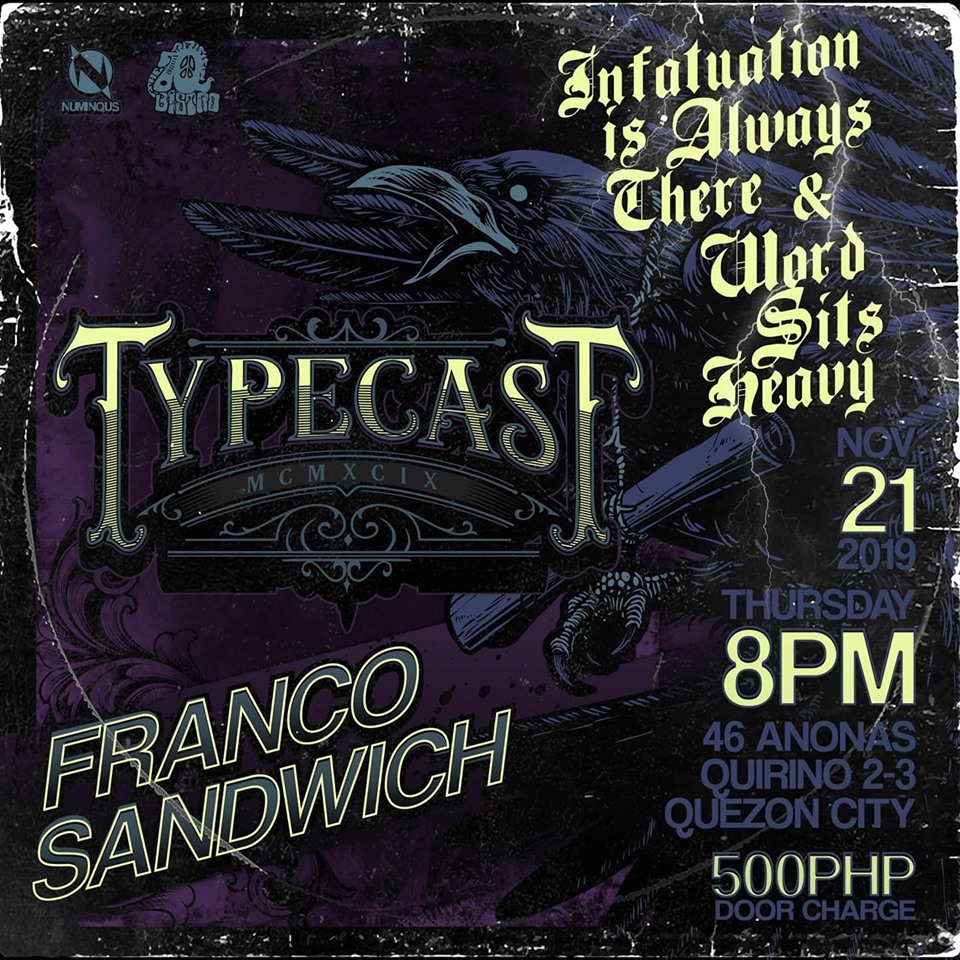 Watch Typecast's 'Will You Ever Learn' music video below.