Typecast are celebrating their 20th anniversary in the music industry with some of their biggest contemporaries this November.

On Thursday (10/25), the Filipino post-hardcore act announced details for the opening show of their anniversary series. The first leg takes the 'Mulat Na Mata' act to Upperhouse in Bonifacio Global City, Taguig on November 4 (Monday) with Chicosci and Urbundub. They are slated to play songs from their debut record Last Time alongside "songs [they] grew up listening to," according to the band.

Other acts slated to perform on Typecast's 20th anniversary series are Franco, Sandwich, Soapdish, Mayonnaise, Join the Club, and I Belong to the Zoo. Further details to be announced soon.

Typecast previously went on a joint US and Australia tour with Valley of Chrome and opened for American Football in Manila last August.

Check out the official lineup of Typecast's 20th anniversary series below. 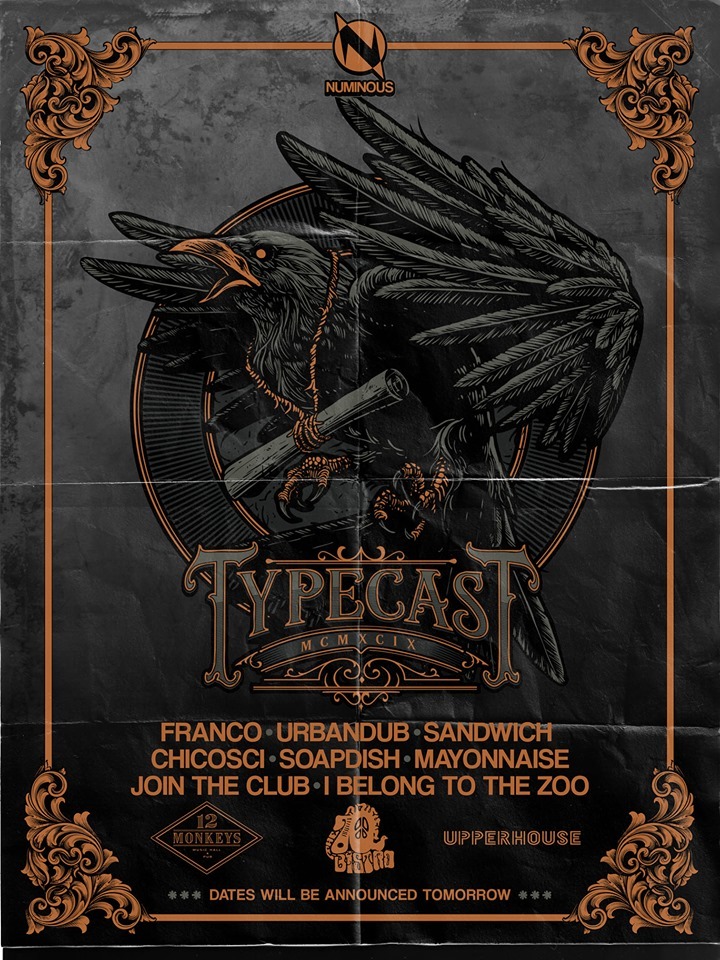