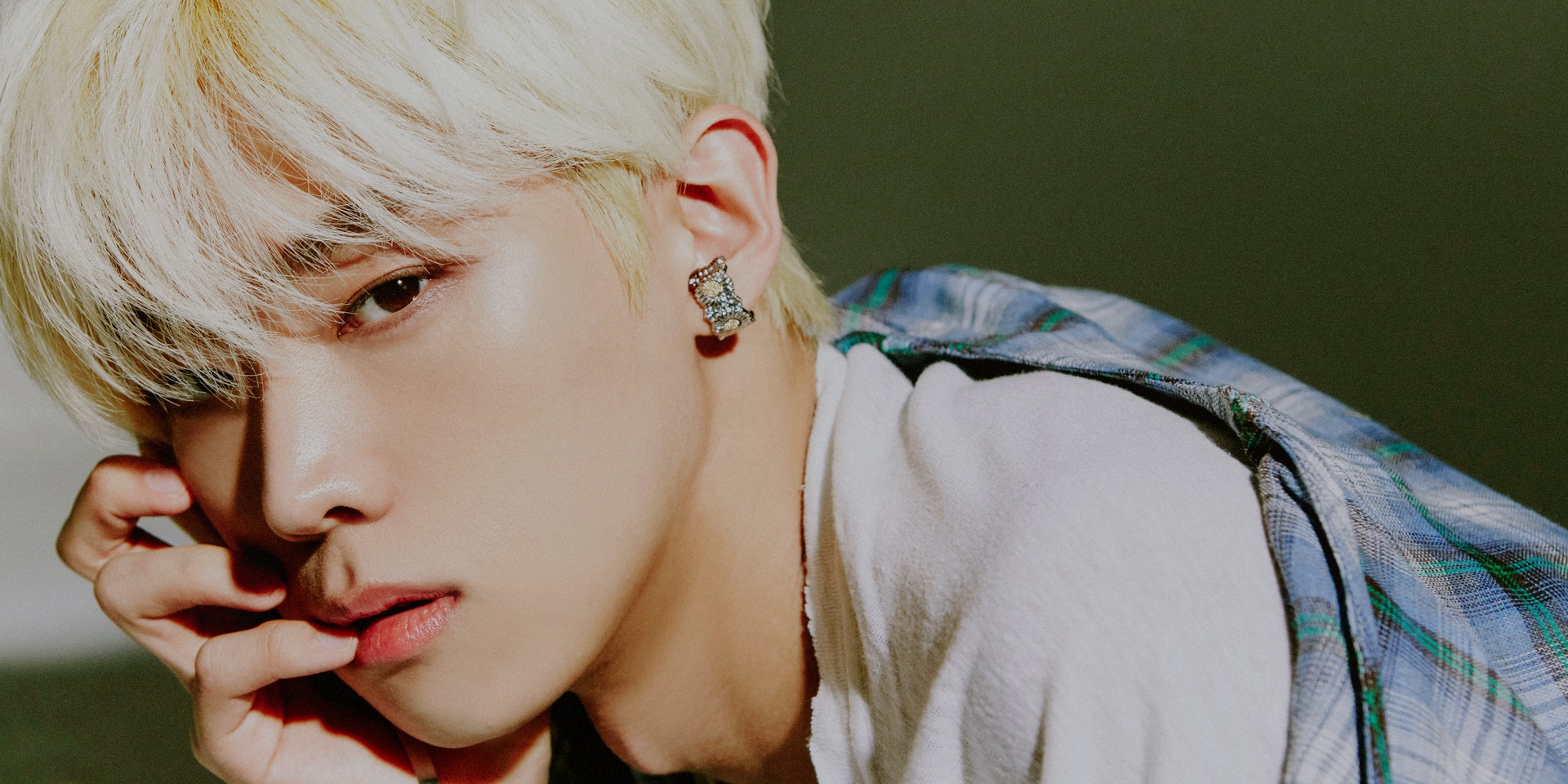 It's been seven months since DEMIAN debuted, but his wishes to meet his fans and perform live are still unchecked on his bucket list.

"The pandemic feels very long as it started around the same time my music career started," he said.

The South Korean singer-songwriter released his first single, 'Cassette', in the midst of the pandemic earlier this March, fleshing out his diverse musical influences in his music. Combining the mellow yet catchy B-sides of the K-pop realm with the lush, spacious atmosphere of R&B, 'Cassette' became a hit among listeners miles away from South Korea and topped the iTunes K-pop charts in countries such as Finland, Italy, Luxembourg, and South Africa.

DEMIAN's honey-like voice and clean instrumentals continued to take the center stage in his second single 'Karma', which came shortly after 'Cassette'. With just two songs under his name in June, DEMIAN's voice had already mesmerised fans all the way rom Europe, US, and Canada, when 'Karma' peaked at #1 on the iTunes K-pop charts of the Netherlands. Fans on Youtube were impressed by the rookie artist's talents, coining his debut as 'one of the best debuts in K-pop' and remarking on how underrated of a gem he is. 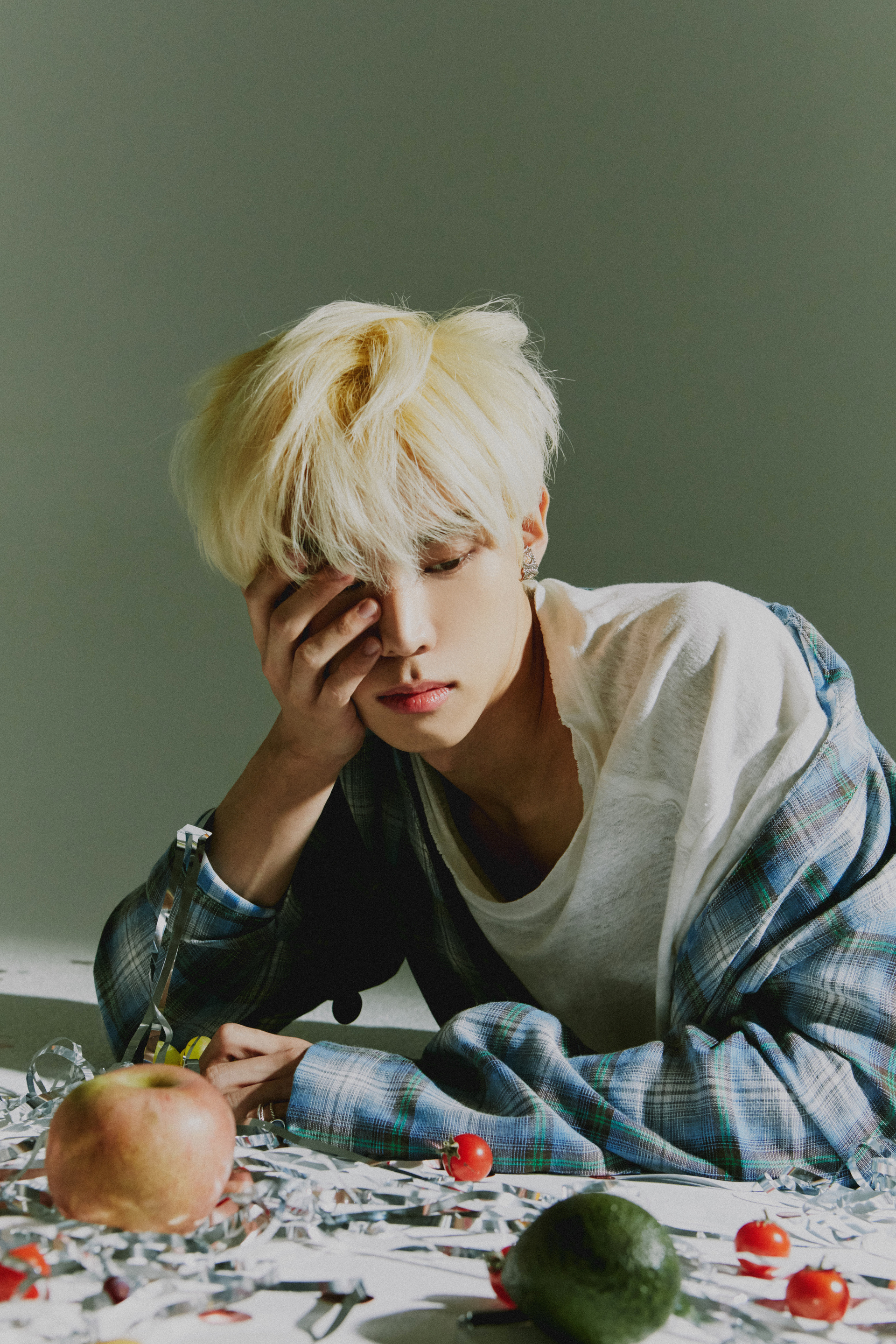 Aside from his angelic getup in his music videos, DEMIAN's charisma extends to the behind-the-scenes of his artist life, which he candidly shares on DAILY:AN, a vlog series on his YouTube channel. From discussing which breakfast cereal he usually has for breakfast to peeking into his studio rehearsals, DEMIAN fans were delighted to learn more about the up and coming star.

Bandwagon caught up with DEMIAN on how life as an artist has been since his debut, the stories behind his singles, and where his music is headed.

Tell us about how you got into music - from singing to songwriting and production.

I joined a singing ensemble when I was in elementary school and since then, I have always been interested in music, although it was never more than a casual hobby for me. I thought that I was a pretty good singer as I did not know much about music and my own lack of knowledge and understanding of music gave me the courage to start making music.

Though I started making music when I was around twenty years old, what I made in my first year had no real meaning to me. I did try out a career in music and I spent most of my time writing songs, but I wasn’t improving as much as I would have liked as I did not have enough time to learn music or be technically trained as a professional musician. I decided to study music from scratch since I already dedicated a lot of my time to music. 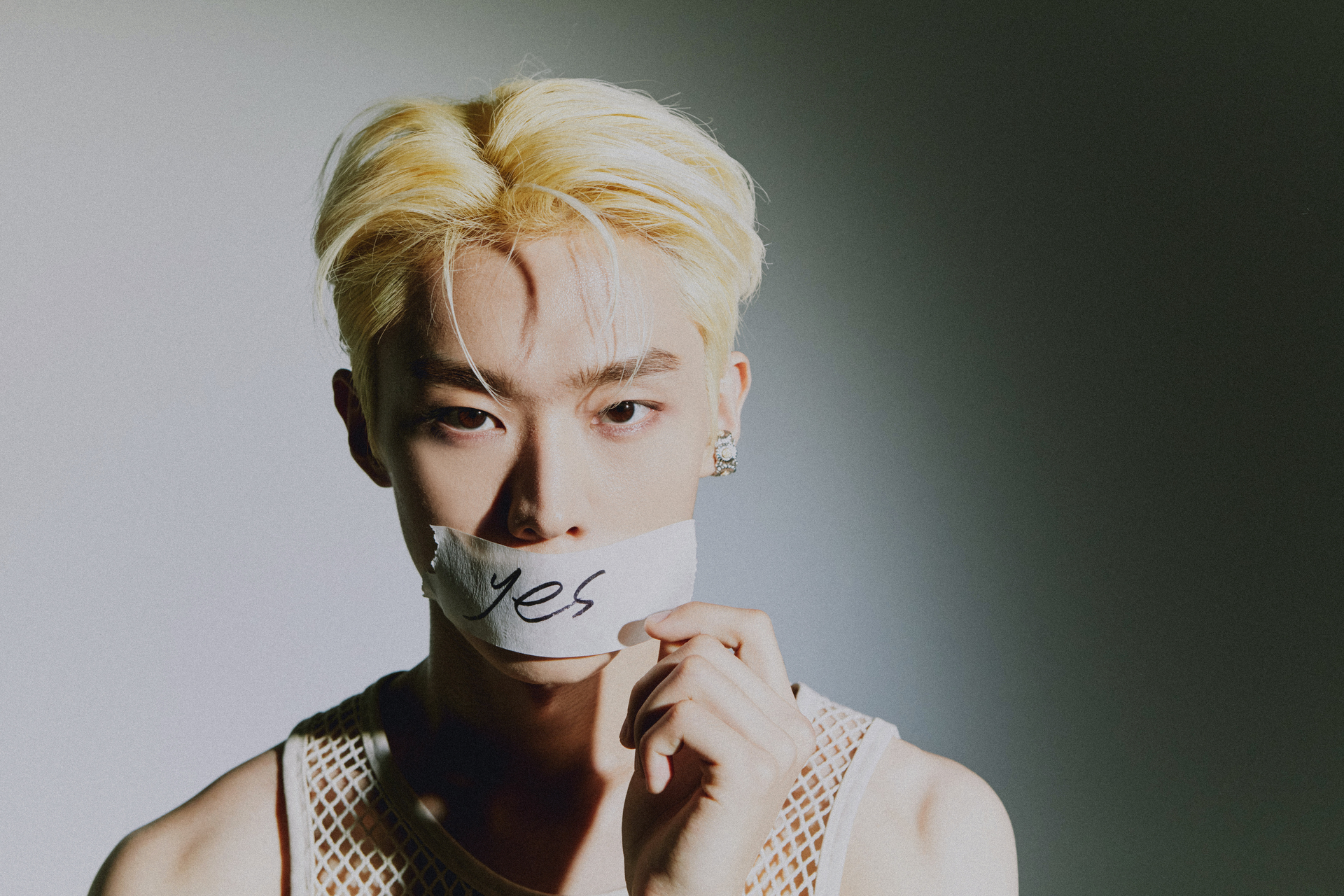 What kind of music do you listen to and how does that shape the music you create?

I get bored very easily, so my interests change very often. Recently, I had listened to music with emotional lyrics but stopped soon after as I realised that emotional lyrics do not suit my songwriting style. Currently, I mostly listen to newly released music of artists who had previously left me a good impression on me or have cool artworks. I always think about what to learn from other musicians when I listen to music, so I believe that I do get influenced by the artists that I listen to across the board.

Having independently produced music on Soundcloud before you debuted as an artist, how has your musical style changed since your debut and where do you see it headed?

I believe that my vocal performance does not match well with my own beat-making style. Although it is a problem that can be resolved by working hard, I do not feel the need to make my own beats anymore as I have talented musician friends who help in the production. This lets me focus on the melodies and lyrics, along with vocal performance. It has influenced me musically as well. I used to make chill lo-fi music, but now I enjoy making music that’s more straight-forward and clear in the musical sense. I believe that my voice suits the style more, and also fits the style of DEMIAN who makes K-pop influenced music.

I feel that I am more versatile now. I’m focusing on making music that has a strong hook. I could change my style again if I find interest in another style of music, of course.

Entering the music industry during the pandemic must have been a strange time for you, how was that like?

I think it must have been stranger for the musicians who have been in the industry for a long time. I have never experienced meeting fans and performing live on a stage. This does frustrate me, but I decided to think positively, as it also means that I have the time to prepare for the time I present myself to my fans. I might worry more about the fact that my fans will lose interest in me as I cannot meet them in person. The pandemic feels very long as it started around the same time my music career started.

Tell us about your debut single ‘Cassette’.

‘Cassette’ was one of the songs I wrote right after I signed with SONY Music Entertainment Korea. It has that special feeling that I love, as it is melancholic yet happy at the same time. While I believe it is not a style I excelled in, the song came out great and that felt really good.

In that song, I tried to express the sensitiveness you feel when you are in love. I used words about body parts that are not as visible as other body parts in daily life such as veins, ears, and wrists in the lyrics. It is about a very subjective reminiscence which always ends dramatically, so I tried to imagine a dramatic scenery like a sunset.

‘Cassette’ came in the top 10 in the iTunes k-pop charts in Finland, Netherlands, and many European countries. How did you feel about your music being heard by an international audience?

Maybe it would feel more realistic when I meet my fans? When I see numbers like the views on YouTube or likes and comments on my social media, I do feel the reality in them, but chart numbers don’t feel as real as live reactions, but it's great that more and more people are showing interest in me.

Shortly after ‘Cassette’, you released ‘Karma’ and ‘YES’. Share with us how these songs reflect your personality.

I feel that the three songs show passiveness and tenderness. Although 'Karma' was a song with some viciousness, the feeling is more like the claws of a small animal - it's maybe because I think of myself as that kind of person. I wanted to write more direct and stronger lyrics as well, but it did not feel true to my style. That is probably why my lyrics feel like my confession of weakness.

Who are some Korean artists you look up to and would love to collaborate with in the future?

I have been and always will be a fan of IU and Zion T. They are my role models. I have many questions I would love to ask them.

Share with us some of your sources of inspiration and how does your creative process look like.

Sometimes I write the melodies first but sometimes I find beats that I want to work on first. I seldom write the lyrics first. The storyline of the lyrics often comes naturally in the melody writing process. I heard about how many artists are influenced by art, film, or personal emotions, but I like to just enjoy the movie when I’m watching a movie. I just get mad when I get mad. I don’t think of music while I’m at it. I just try to remember my feelings while I’m writing music. I get inspired by chords and beats mostly. Instead of happy music or sad music, I get inspired by happiness or sadness that has a subtle nuance of difference in it.

Share with us what’s in store for your fans, will you be releasing new music soon?

Although there isn’t a fixed plan for my next official release, you may find my new unofficial music on my YouTube channel in my vlog series DAILY:AN. I’m also writing many songs as I believe that releasing my music would be the best way to thank my fans. Please look forward to it!

Listen to DEMIAN here or check out his Soundcloud for his unreleased tracks: