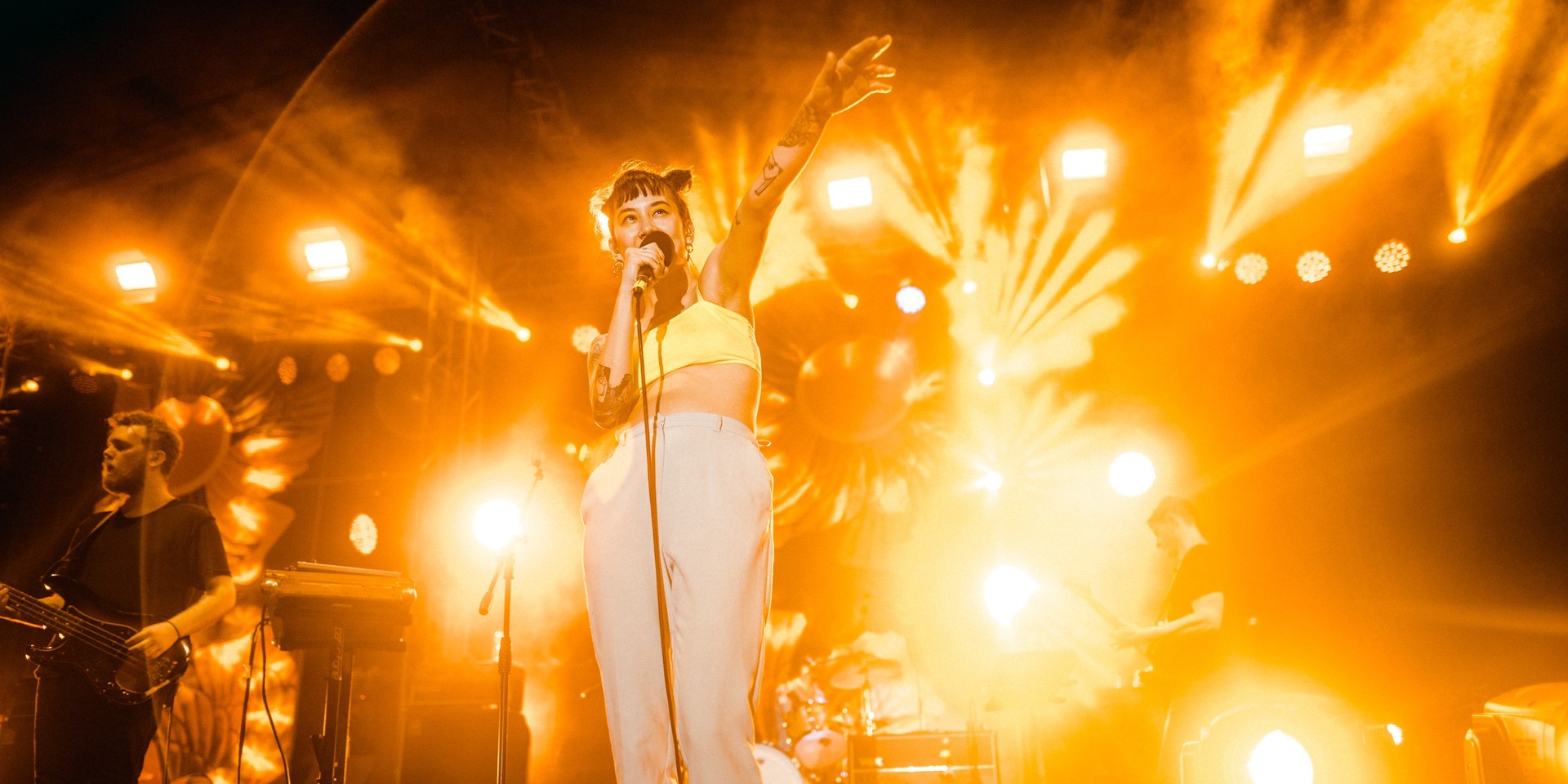 Japanese Breakfast teased a snippet of her new song ‘Better The Mask,’ which will be featured on the soundtrack of the upcoming video game Sable.

The song is featured in the game’s E3 2021 trailer where the indie singer-songwriter, whose real name is Michelle Zauner, stated: “it features a portion of her favourite song that she has ever written.”

Zauner has been involved in the production of the soundtrack for over four years. “With Sable, it’s largely instrumental, kinda ambient music,” shared Zauner in a 2019 interview with Bandwagon. “So it’s just a totally different process, but even in the last two Japanese Breakfast records, there are ambient, instrumental tracks, and I really enjoy writing that way. It’s just a very different process.”

She added: “It’s just been enjoyable and fun. The developers are very hands-off and very encouraging for me to just make what I think sounds good, so it’s been just a really positive, fun, good experience.”

Sable is an upcoming world exploration video game where players control Sable, a young girl who leaves her nomadic clan to embark on a rite of passage known as “gliding”.

The game features captivating landscapes and vast deserts, where players can traverse the environment by walking, gliding or riding around on a customisable hoverbike. Players are also able to interact with nomads, solve puzzles and uncover secrets.

Sable is developed by Shedworks and published by Raw Fury. The game, along with the soundtrack, is scheduled to be released on 23 September 2021.

Zauner recently released her third studio album Jubilee and her memoir Crying in H Mart. The memoir will be adapted into a feature film for MGM’s Orion Pictures, which will also feature her self-composed original score.