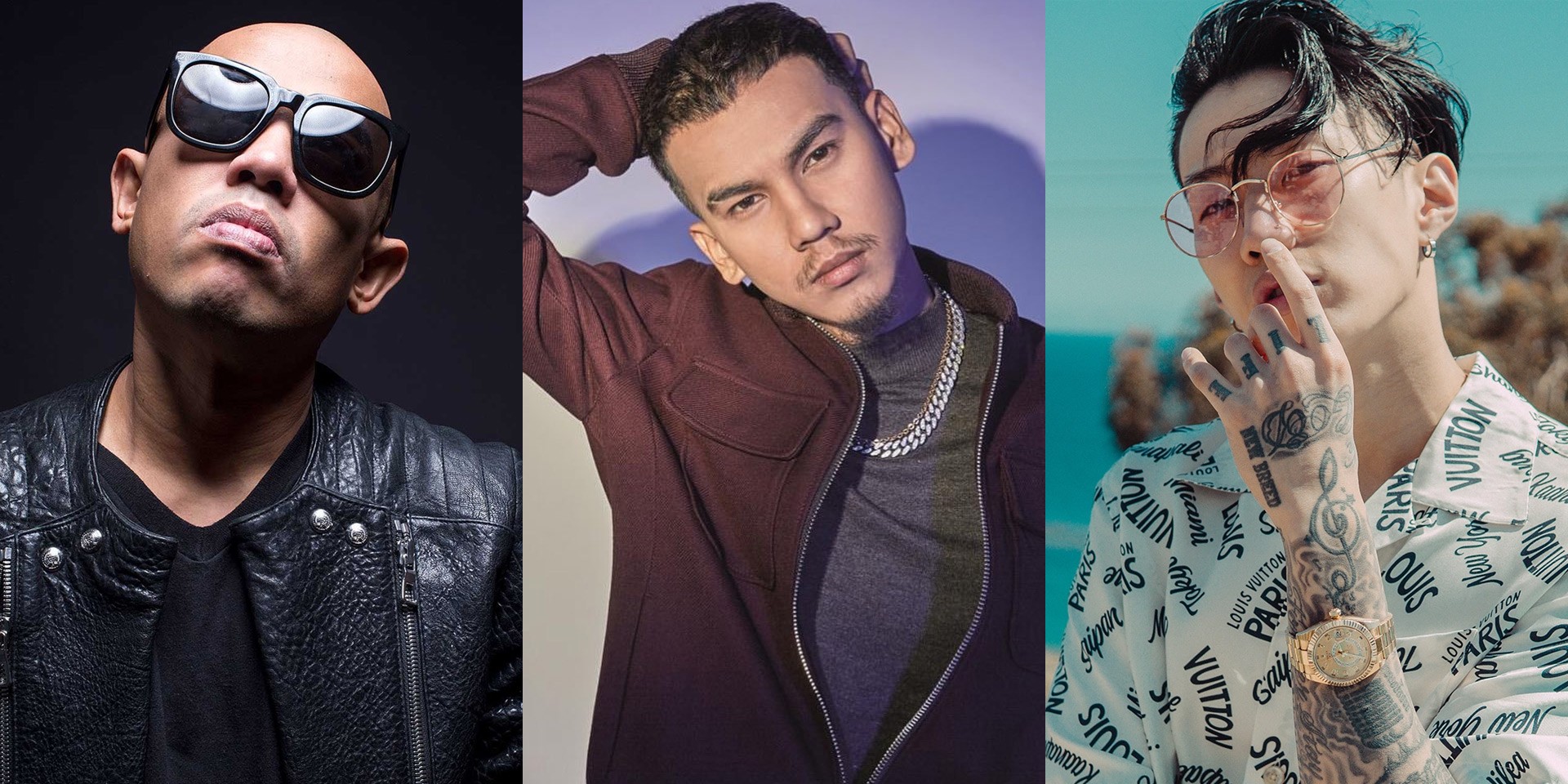 Joe Flizzow set out to make the ultimate collab.

Together with singer and rapper MK and Korean-American artist Jay Park, the Malaysian hip-hop superstar's fresh take of 'CIAO' has taken the region by storm as it continues to gain momentum toward 4 million hits on YouTube.

Bandwagon spoke with Joe Flizzow and MK about remotely collaborating on 'CIAO' with Jay Park, what it was like working on its music video, and the possibility of this trio to collaborate once more.

Tell us the backstory of the project, and how you all connected for it.

Joe Flizzow: 2019—middle of the year, I hit ALYPH up. You know, like I normally do. ALYPH is the producer of the song from Singapore, and he just sent me a bunch of beats. I heard this beat and I told myself, like, "Hey, I gotta record this tonight."

It's very rare that I get that sense of urgency. Normally, I just marinate on it, write first, and then go to the studio. But this time, I booked the studio without even writing the song. I just knew something was gonna come later. In fact, I didn't get any studio time, I had to borrow time from another rapper who was doing a demo or something. I was like, "Hey man, I need I need an hour or so." And that's what happened.

I think I let MK hear the song a few months later and he was already like, "Yo, I love this song. I love the song." But at the same time, I was trying to do a song with MK so we would try to wait for the right beat. Never really got it never really found the right song. And that was that.

Fast forward—maybe April. This is a month after lockdown. MK is in Sabah. Jay Park is in Korea. Prior to that, I was trying to wait for Jay and his tour for me to hit him up because we were supposed to do a song for my album.

The timing was right. It was just one of those nights where I was just playing 'CIAO', like I was banging to it and I was like, what if I just killed three birds with one stone. And I asked MK if he wanted to be on song and I asked Jay Park, too. I just sent him the beat and we got on Zoom and I was like, "Yo, let's do this."

What were the challenges you faced doing this online?

Joe Flizzow: No challenges actually. Actually, it's easier (laughs). You put three rappers in a room, sometimes you don't end up doing a song, sometimes you end up having a big party (laughs). Before that, I've hung out with MK so many times and never do a song. We end up partying.

Okay, there's pros and cons. If it was a song from zero that we were going to work together then yes, it would be better if we were all in the room. But since I had already started it and you know, I just needed them to lend their voices and add their flavor to it. It was easier like this.

But if you talk about the process of creation, would I have wanted Jay Park and MK with me in that room that night I wrote it? Hell yeah, of course! You know, it would have been a different vibe, like who knows? But I'm still happy, like I think they brought a lot to the song. With both verses, with MK it just elevated to another realm and then with Jay Park, another. So now you got three lanes going 120 miles an hour.

MK: That whole experience for me was a blessing, an achievement for me. Thanks to Joe for letting me jump on his track.

Joe Flizzow: MK is the hardest emcee in the game right now.

And what was it like working with Jay Park?

Joe Flizzow: I haven't really had the chance to make that introduction just right. Good question. I need to do that soon. We need to get on that Zoom call. We've been delaying it.

Were you heavily involved in the pre-prod stages and the conceptualization of your music video for 'CIAO CIAO'?

Joe Flizzow: Yeah. Not really. I was just involved in just hiring the right people. And then, you know, I've worked with 33.3 Studio, the company many times. But this was the first time the director was directing. You know, the director Shahrin Bahar, is actually a very famous fashion designer in Malaysia. He runs a brand called S Bahar. And his styles a lot of the top celebrities in Malaysia.

He's always been part of my creative team when it comes to styling and art direction. So when he showed me his idea for the art direction, he had already kind of, like, gotten on lock. At the meeting, when we were gonna decide who's the director. I just announced, I want Bobby to direct—Bobby is what I call him. So, then you know, everybody was like, "What? You want the stylist to direct the shoot?" I feel we live in an age where Virgil Abloh is now the Louis Vuitton head designer, you know.

It was a great process, and I feel like Shahrin coming from a fashion background, he brought a lot to the table too,  with his talent. It just looked like a moving editorial.

It was fun. But it was, I mean, everybody came here to work, because we it was under lockdown. Right? So we only shot in a day. So it wasn't like any Hollywood trailer shit.

Lastly, can we expect more projects from this trio in the future?

Joe Flizzow: Hey, why not? If MK wants me on his album. What do you think MK?