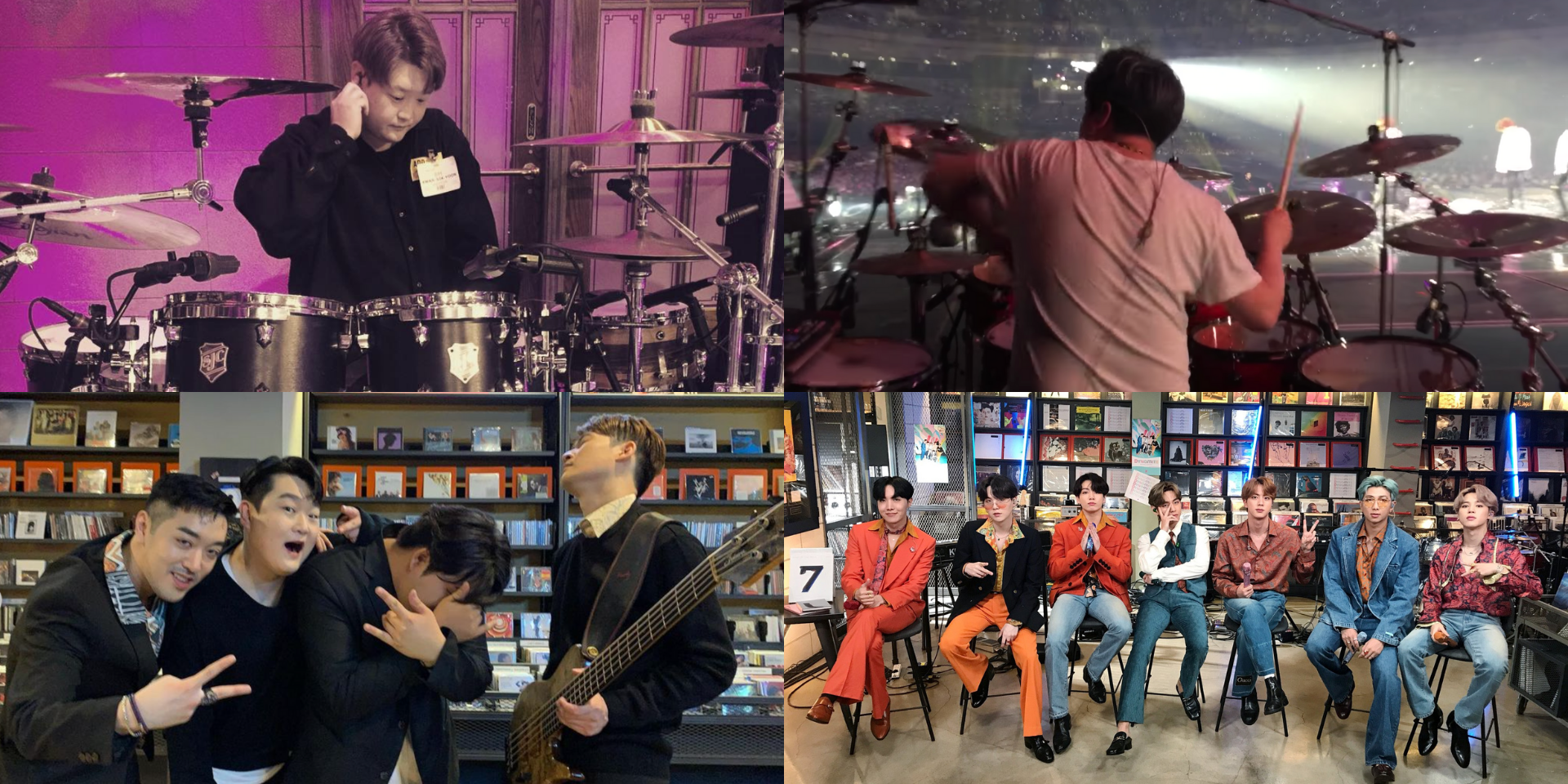 You'd never know where your childhood friends might end up. One day they're playing the drums at church, then in the blink of an eye, they're suddenly sharing the stage with one of the biggest pop acts in the world.

Such is the case for Khan Sikyoon. Known by his mononym KhaN, the South Korean drummer has been all over the place with Ghost, the live band of BTS. Between his duties on the throne and producing music, he also creates his own material which he'd recently delivered with his 5-track EP, 1987.

Bandwagon caught up with KhaN to talk about his backstory and influences, what it's like touring with the Grammy-nominated pop stars, and the stories behind his new EP 1987, and his future plans.

How did you get started with music?

When I entered middle school, my sister told me that the church I’ve been attending was looking for a drum player. So with my sister’s suggestion, I started music by learning drums in the church band. Most drummers in Korea who were my age learned to play the drums the same way I did. Because then, the Internet and academies were not as active as they are now.

What influenced your drumming style and sound in music?

The drumming style that I was most influenced by was the drummer and bands of Usher and Destiny’s Child of the early and mid-2000s. I sometimes still watch the live shows of these performers from that time and I’m still impressed. This was the starting point when I got interested in being a drummer, especially performing in a live setting.

You’ve gone on tour with one of the biggest pop groups in the world, and is part of most of their live shows. What was that experience like?

I still have dream-like moments. In the process of their growth through time, I feel I developed my skills alongside them. The spectrum of arrangement and sound that I thought I couldn’t do just a few years ago is now possible. I’m always grateful for BTS and my best colleagues, the Ghost band members.

What’s your favourite song to play?

George Duke's 'Images of Us' for jazz and funk. This song is my favourite song to play when I’m jamming. Now, I’m playing pop and hip-hop more, but also good ideas come from freedom when playing music based on jazz and funk. As for pop songs, I enjoy it the most when I am playing BTS' 'Dynamite.'

Aside from drumming duties, you also do some production work. Can you tell us more about that side of you?

Now that I've produced several works, I've gotten used to it, but I went through a lot of trials and errors before.

The problem was how much I love this job than the time and my attitude towards practice and work. Now, I don’t think of myself as a drummer and producer separately. When I look at my life, it is just one category, “music”.

You recently released 1987. Can you tell us the story about each track?

As you can feel from the title, this album 1987 was inspired by the feeling of the '80s. And it is also the year I was born.
I focused on making the lyrics and songs relaxing, because this is a concept that people can easily get tired of if I'd brought this production to full force.

The mastering engineer “swai” of Korea, whom I trust the most, mastered the album. He is a hit songwriter from the early and mid-2000s. And this is the person who first introduced me to producing.

For the guitar, Shyun, who played together with me in this BTS X NPR Tiny Desk Concert played for all of the songs.

The artwork is made by my sister, Yoon Binnara, who draws western-style paintings.

The first track is called 'Perfume' and its title in Korean is '아련하게 남아줬어 (Lingered faintly).'

When we look at “향수 (perfume)” in English, we say Perfume. But “향수 (nostalgia)” in Korean is used as “pain in old memories”. When I put the word “향수” on the lyrics, it made sense in both ways.

The Korean title for 'Pass Me By' is “I saw you smiling at someone else” and it's a simple ballad track. It is a song that expressed the feeling of one that can’t get mad and say nothing about my loved one’s heart fluttering over someone else.

With 'Find Somebody Else,' I focused on pulling out the style of the band rather than EDM with ARP synth bass and guitar sound. The reason is so that the bass, guitar, and drums become richer in their role.

It is good for driving while looking at the city view at night.

The fourth track, 'Rose Gold,' was released as the first single for this album. I made this with ARP, chorus guitar, and a modern drop beat for the pre-chorus. This song directed the character and concept of this album. It is a song that expresses the feeling of love towards someone for the first time.

I made an acoustic version for the last track of this EP album. I would like to personally recommend this song to anyone who is looking for comfortable music that is not too stimulating.

What are your plans for the rest of the year, and in the years to come?

This year, I would like to express my gratitude to God, my family, colleagues, and personnel for cheering together in this pain that the whole world is experiencing, and making us sing love even in this world.

I think I will be spending the first half of next year composing music for K-Pop idols, making live arrangements, and performing. Thank you, stay healthy everyone!