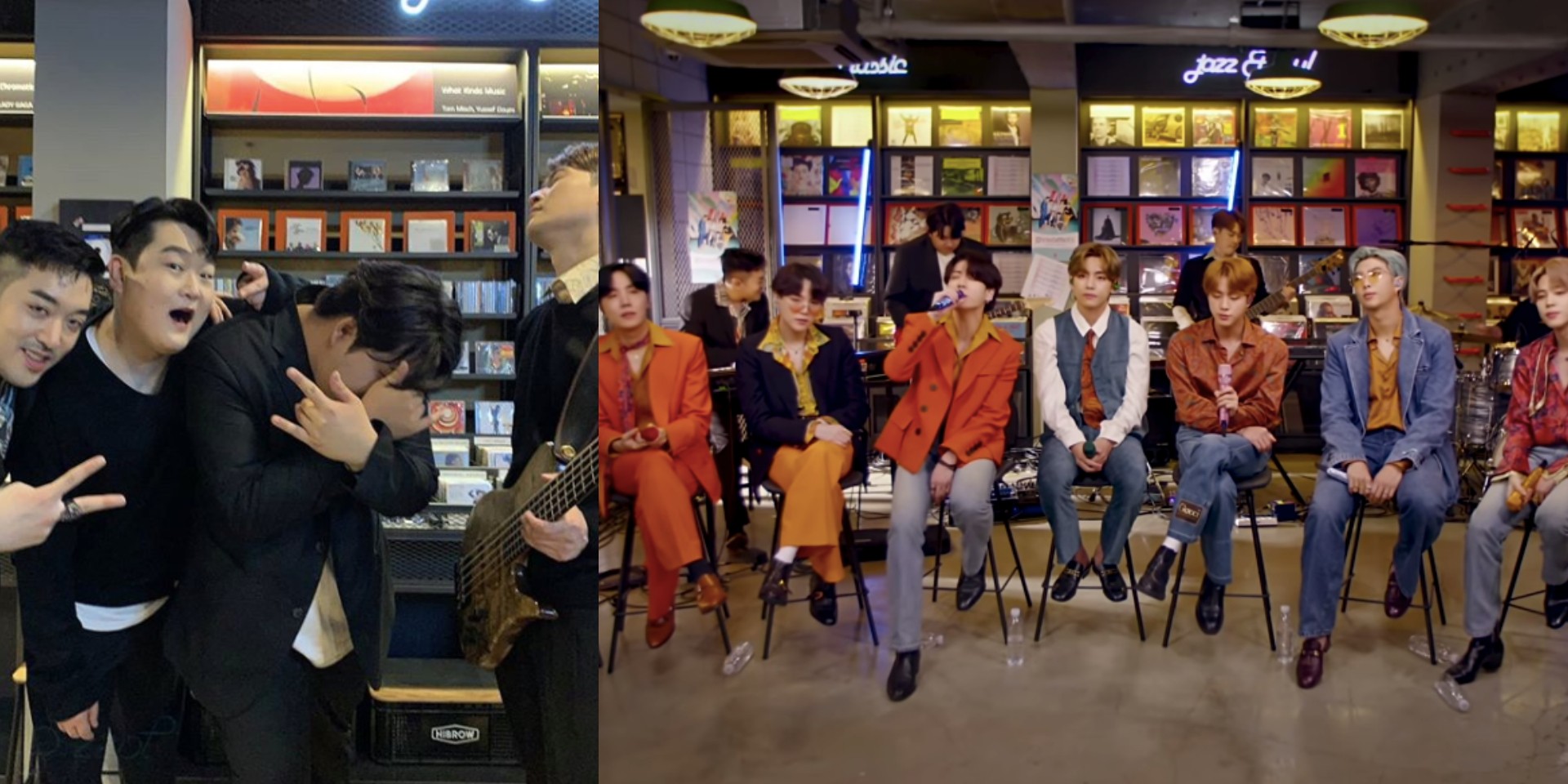 When it was announced that BTS would be doing an NPR Tiny Desk concert, fans were expecting an impeccable show characteristic of the band. Not once have BTS disappointed with their streak of 'Dynamite' performances anyway, from its live debut at the MTV VMAs to their America's Got Talent 2020 stint. This particular performance broke the Tiny Desk record of most views of a video on its first day, in just 25 minutes.

BTS cover 'I'll Be Missing You' on BBC Radio 1's Live Lounge: "A message for all ARMYs around the world." – watch

In true Tiny Desk tradition, BTS showed up with a live band to support their outstanding vocals in an intimate set at Seoul record store Vinyl & Plastic. Giving more life and adding layers to 'Dynamite', 'Save Me', and 'Spring Day' is Ghost, the four-piece that backs BTS.

It was an honor to perform at SNL with BTS and BTS Band GHOST!! We had a great time 🔥🔥🍗🔥🔥🔥 #bts#snl#bandghost#bandlive#westone#roland#코스모스악기#performancebass

Having Khan Sikyoon on the drums, DOCSKIM on the keyboard, Kim Kiwook on bass and Shyun Kim on the guitar (who performed in place of Soowan Chung), Ghost's history actually stretches further than their newfound splash of fame thanks to NPR. In fact, the band has performed with BTS on Saturday Night Live and served as their live band in some of their concerts, especially in their early days.

Find out more about the band and each individual member here:

Shyun Kim may have expertly danced his fingers across the electric fretboard, but that isn't the only thing he's good at. While the guitarist's recent gigs have been nothing short of star-studded performing for the likes of hip-hop artist Zion. T and Korean-American star Eric Nam, Shyun is also a producer and singer-songwriter himself, taking pleasure with his dabbles in electronic music. He regularly posts his creations on Soundcloud and Instagram, where you can also get updates on his latest shows in K-pop.

Bucket list. Tiny Desk!! Thanks to BTS and @nprmusic

The band's keyboardist also doubles as the producer for some of the Bangtan Boys' biggest hits propelling them into international fame. His works include the likes of 'Outro: Tear', Jimin's 'Lie', and J-Hope's 'Hope World', alongside other songs he has written and produced for Epik High, Lee Hi, and more.

Despite his immense talent, DOCSKIM has seen his fair share of hardship. Describing 2017 as "one of the hardest times in [his] life", it was not until his breakthrough in 2018 that he stopped feeling like he "hadn't made it", and his new outlook on life was strengthened by what he learnt collaborating with BTS.

LOVE YOURSELF. I’ve worked with BTS ever since their first tour and this message really resonated with me for the first time. In the grand scheme of things, everything we do in our daily lives has to do with focusing on something or someone else. We tend to forget to focus on ourselves; especially in a deeper sense. I’ve hated myself for a very long time. I am now learning that loving yourself first is truly the first step.

Check out Ghost band's interpretation of 'Save Me':

DOCSKIM · SAVE ME (ghost band interpretation)

It's no wonder why BTS chose to perform 'Boy With Luv' for the first time live at Saturday Night Live with Ghost when you see how far back they go. Taking a look at Khan's Instagram will show that the live band and the group have been working together closely since 2015, and will continue to do so throughout the years - check out their performances of 'We Are Bulletproof: Pt 2' and 'Hip-Hop Lover'.

On his own, Khan recently showed off his songwriting capabilities while nailing all the vocals, bass and drums of his 2020 single, 'Perfume'. As fellow bandmates, Shyun and Docskim are quick to show their support for the song – and it's definitely safe to say that Khan has a promising solo career ahead of him in addition to his flair for the drums in and out of Ghost.

BTS' Tiny Desk Concert wouldn't have been the same without the depth and pulse of the bass. This is fulfilled by bassist and bandmaster Kim Kiwook, who, like Khan, has a flourish of production achievements under his belt. He has teamed up with Lee Dae Hee for Zig Zag Note, which identifies as a Korean music production team. Under Zig Zag Note, Kim Kiwook has helped produce songs for big names in the K-pop scene like TWICE, GFRIEND, Apink, Onew (SHINee), and more.