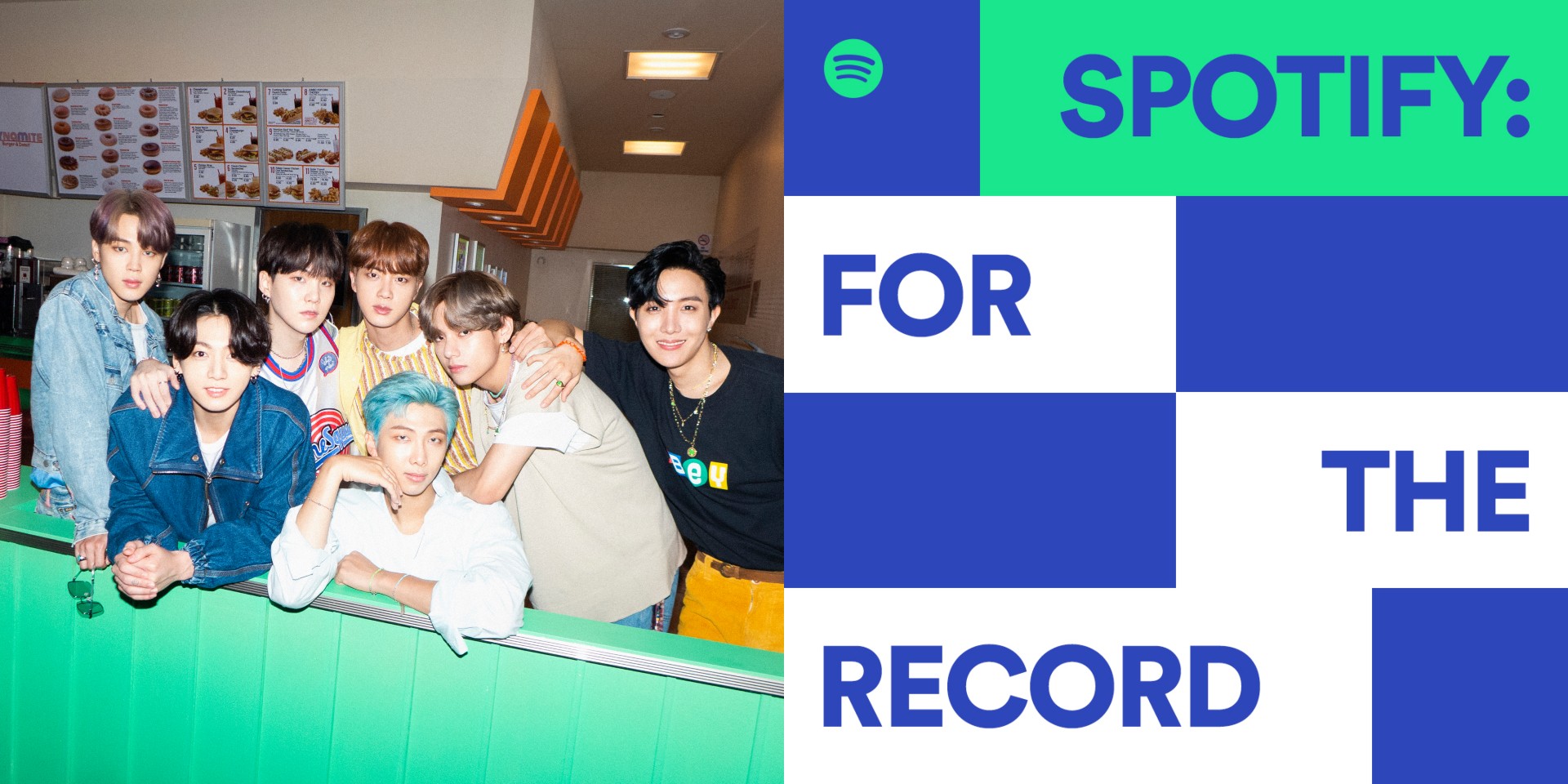 Global K-pop superstars BTS guest in this latest episode of Spotify's For The Record.

With their latest release 'Dynamite' topping charts and breaking records, Spotify has taken it upon themselves to discuss what the group's hit English single means to them – by having the boys over for a quick chat.

With over 11.4 billion streams and a 300 percent increase in people listening to BTS for the first time on Spotify, BTS may not only have achieved new glory and heights for themselves, but for Asian artists and streaming platforms as well.

Earlier this month, 'Dynamite' topped the Billboard Hot 100 and only yesterday (17/9), BTS delivered another well-received performance on America's Got Talent's semifinals.

In an excerpt from the episode, Suga says:

I think it appeals to and it's easy to listen to and it's easy to enjoy for anybody, anyone of any generation, anyone. And especially with the COVID-19 situation, we wanted to write a song that has bright, uplifting lyrics. And we're really glad that people have come to enjoy this song, and get some energy from this song.

It's very, various, sometimes we start with melodies. Sometimes we start with some just a word or a theme. But basically, when there's an album, there's some kind of like a theme or a keyword that comes, that goes through the whole album. And if we succeed to, like, make a decision for the keyword, then everybody gathers and we guess the tracks and melodies and lyrics or whatever. So it's like making a puzzle when we try to make an album.

The music making process is difficult, they sort of think of it as in birthing pains. So it takes a lot of focus and a lot of attention, a lot of time because they put in so much; when we have a good result and when we see the result, we feel really proud and we get a real sense of accomplishment.

Finally, V weighed in on the best part of their job - their fans, the BTS ARMY:

I think the best part is “ARMY”. They're the reason we perform. And it's their energy and their support that allows us to keep going. So they, our ARMY, our fans, are really the best part of this job.

To gather more context and perspectives of 'Dynamite', the podcast was also joined by TIME Magazine Editor and K-Pop aficionado Kat Moon. Listeners can also look forward to hearing from fellow fans around the world from Taiwan to the UK, including Gracie Ranan, who has created several ARMY anthems.

Catch the full episode of For The Record here to learn more about the global impact and community BTS have fostered: