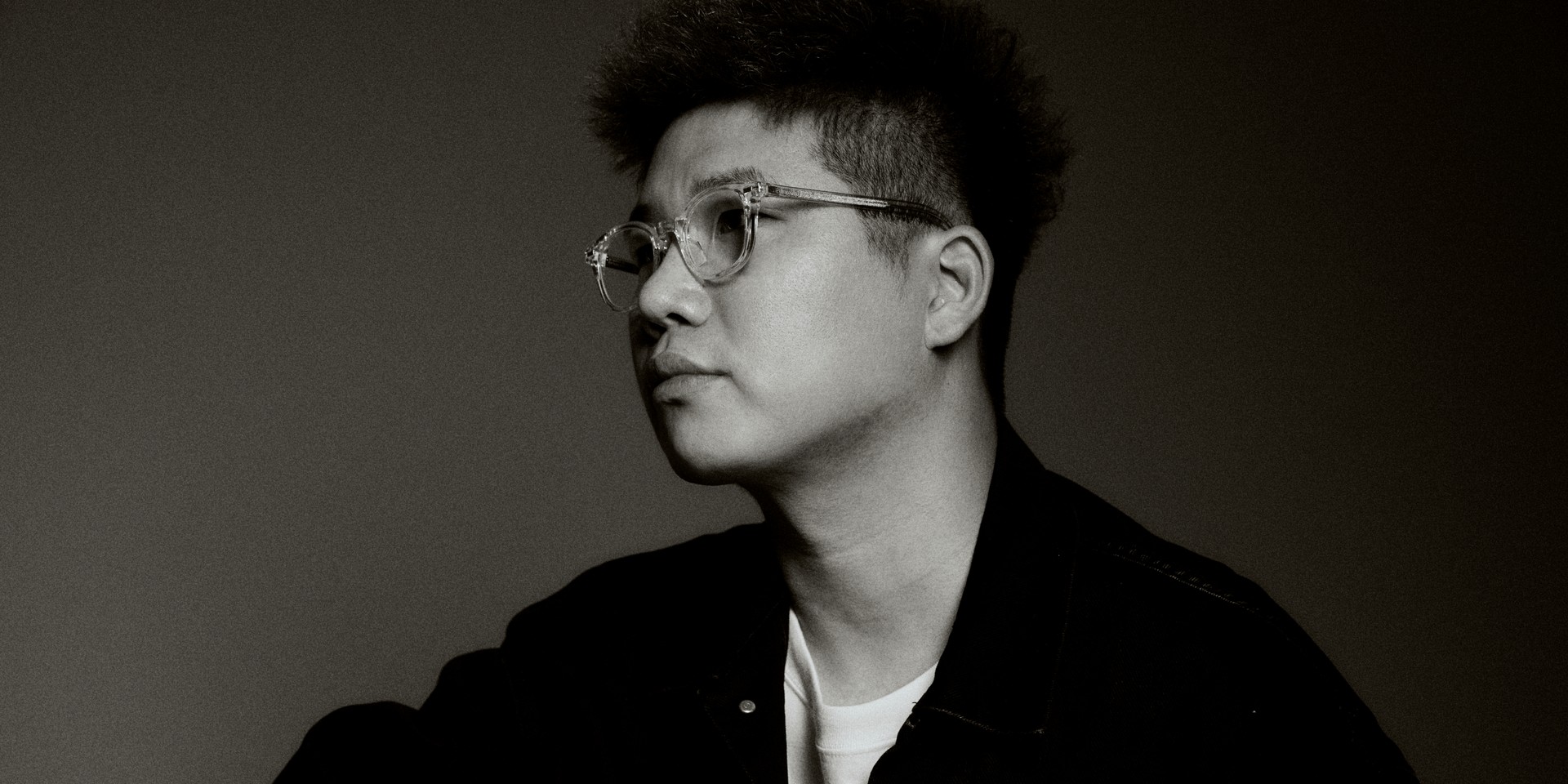 Words by Bandwagon
Music has taken Soowan Chung all around the world.

Having grown up with music wherever he went, the Korean musician and producer in turn has given music back to listeners everywhere. Soowan has shared the stage and studio with some of the biggest stars in pop, created music for shows you binge-watch on Netflix, and even holds lectures about K-pop in universities. It's a pretty sweet gig to have, and it's all thanks to a creative mind and work ethic.

Get to know Ghost, the live band behind BTS

We spoke with Soowan about his story, growing up with a music-loving household, how he recorded over 6,000 songs, performing in Ghost band with BTS, working in the K-pop and K-drama scenes, and more.

Hi, Soowan! What have you been up to these days?

I’ve been busy with composing and arranging K-Pop songs and also with guitar recording sessions.

How did you get started in your musical journey? What was your first instrument?

My father likes classical and pop music, so I grew up listening to vinyl records. I learned classical piano at the age of 6 and started learning guitar when I was 11.

In middle school, I created a school band, and I was part of an indie band during high school. After that, I majored in Jazz Music at the university.

What would you say is your signature playing style?

I like R&B, Soul, and Motown music. I also like the beat music that K-pop boy groups and girl groups prefer these days. During my school days, I also liked L.A. metal and Brit-pop. 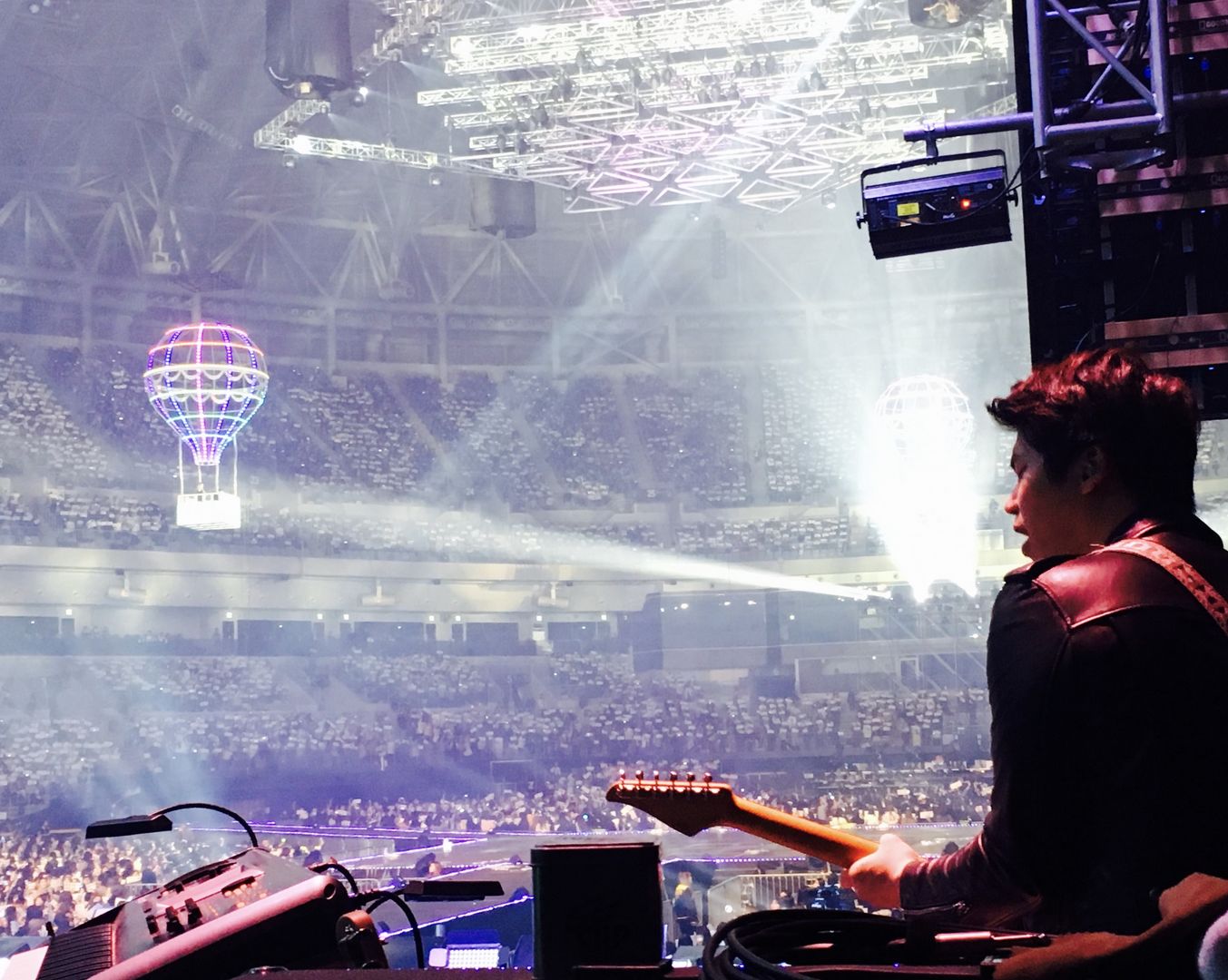 What’s your preferred gear and setup?

I use a John Suhr electric guitar and a Martin acoustic guitar. For live performances, I usually use the Marshall JCM Amplifier.

What’s it like being a member of the live band of the biggest pop group in the world right now? Playing on Saturday Night Live and BBC Radio 1 Live Lounge? How has this experience helped you grow as an artist?

I’m really proud of BTS. I’m very glad that they are always humble and nice even though they are the world's best. It is very meaningful that the Ghost band is part of BTS’ journey in creating a new history.

I thank ARMY for loving our live performances with the band. As I always talked about with the Ghost band members, I’ve said that the performance in New York - Saturday Night Live was the most memorable one. Maybe because it was a live show, there was so much energy. Of course, other performances will also remain as unforgettable memories.

It was an honour to be on the stage of BBC Radio 1's Live Lounge recently. I was very excited that Sting applauded through a tweet to BTS’ performance of ‘I’ll Be Missing You’. It was also a great honour that the world-famous Rolling Stone Magazine introduced our performance as “Eighties pop styling as rich, punchy piano and a searing guitar simmered beneath BTS’ vocals and harmonies.” All of these are historical moments, and I’m very thankful.

Session keyboardist, producer, and songwriter DOCSKIM talks about life in the K-pop world – from working with Seo Taiji and BTS to making a name for himself

Your Instagram profile says you’ve recorded over 6,000 songs and produced over 90 songs. How long you have been in the music industry, and what does it take for someone to stick around?

I started recording and performing when I was around 19 years old, so it’s been almost 20 years since my debut. But it’s been around 13 years that I've been actively working. I couldn’t have done this alone. Above all, I was lucky to meet great colleagues throughout the years.

What’s it like being a recording musician? How does it differ from being a touring musician and producing songs for other artists?

I perform impromptu by just listening to music without having any notes or lines given to me beforehand, so the direction of the piece sometimes changes with my performance ideas. I like that spontaneous creation, drawing from my inspiration, senses, and ideas is always interesting and new.

It’s similar to the composing process as well. So I sometimes participate in composition too! You’ve recently worked with the likes of AKMU and Red Velvet’s Joy, what have been some of your most memorable moments recording with other artists? Tell us more about them.

I remember playing the guitar to the BTS works produced by Pdogg and Slow Rabbit - 'Blood Sweat & Tears 피 땀 눈물' (WINGS) and 'Young Forever' (The Most Beautiful Moment in Life: Young Forever).

I also worked on Suga’s Agust D Mixtape: 'So Far Away' featuring SURAN and 'The Last 마지막'.

Suga also liked the outro guitar solo of 'So Far Away'.

As for the K-drama original soundtracks that I worked on - Start-Up, 18 Again, When the Camellia Blooms - streamed worldwide through Netflix, they became well-known.

Recently, the 2000s style of Kpop is being re-highlighted with the MBC TV program ‘Hangout with Yoo’ hosted by emcee Jae-Seok Yoo, where fans rediscovered SG Wannabe.

I also recorded for SG Wannabe's 'You’re the Best of Me’ working together with one of the best composers of K-pop, composer Yeong-Su Cho.

KhaN on starting out in a church band, performing with BTS, and his new EP, 1987

You’ve spent some time recently in the States as well, what’s it like being an Asian musician in America right now?

I spent a lot of time with my family - with my lovely wife and three children and happily producing music.

I was also performing going back and forth to L.A. and New York and did a recording session at a recording studio in Nashville. I also performed with the Gospel choir of an American church. There are many Asian musicians and sound engineers that have been actively working in throughout the States. I’ve been feeling that the interest in K-pop in the USA has increased these days. Many American musicians reach out showing their interest in participating in K-pop projects. Recently, I held a lecture about K-pop at the University of Hawaii.

I got to meet many BTS fans anywhere in the US and get to listen to K-pop music in restaurants and supermarkets. I’m very proud when that happens.

The pandemic has been hard on the music community in general, how do you keep yourself motivated despite these tough times?

As the shows continue to be cancelled, many people working in this field are going through hard times. I am hoping that online concerts, online musical projects, and online lessons to be more activated, because many people get hope through music, I wish that concerts would resume. I hope this situation ends soon.

What kind of music do you listen to? Who are the artists you look up to?

I often listen to music from the Billboard charts like BTS, Justin Bieber, Ariana Grande, The Weeknd, H.E.R, SZA, etc. I also listen to a lot of K-pop rookies. I respect and love pop and rock artists like Michael Jackson, Eric Clapton, and Van Halen.

Who would you love to collaborate with in the future?

I would like to have opportunities to collaborate with many pop artists from different parts of the world. Also, it has always been my dream to produce music for films. I’m continuously planning to compose and perform music for film and drama.

The live music scene has taken a break because of the ongoing pandemic, what are you most looking forward to when live concerts return?

Will the BTS world tour happen? I sincerely hope [so] and look forward to it. When concerts and club performances resume, I would like to watch and enjoy many pop and jazz artists’ tour shows.

What projects do you have lined up for the rest of the year? Do you have any solo releases we can look forward to?

I continuously have K-pop recording, composing, and arranging works to do.
You’ll be able to listen to the original soundtracks and instrumental music of dramas that I composed or performed through Netflix or streaming platforms this latter part of the year.