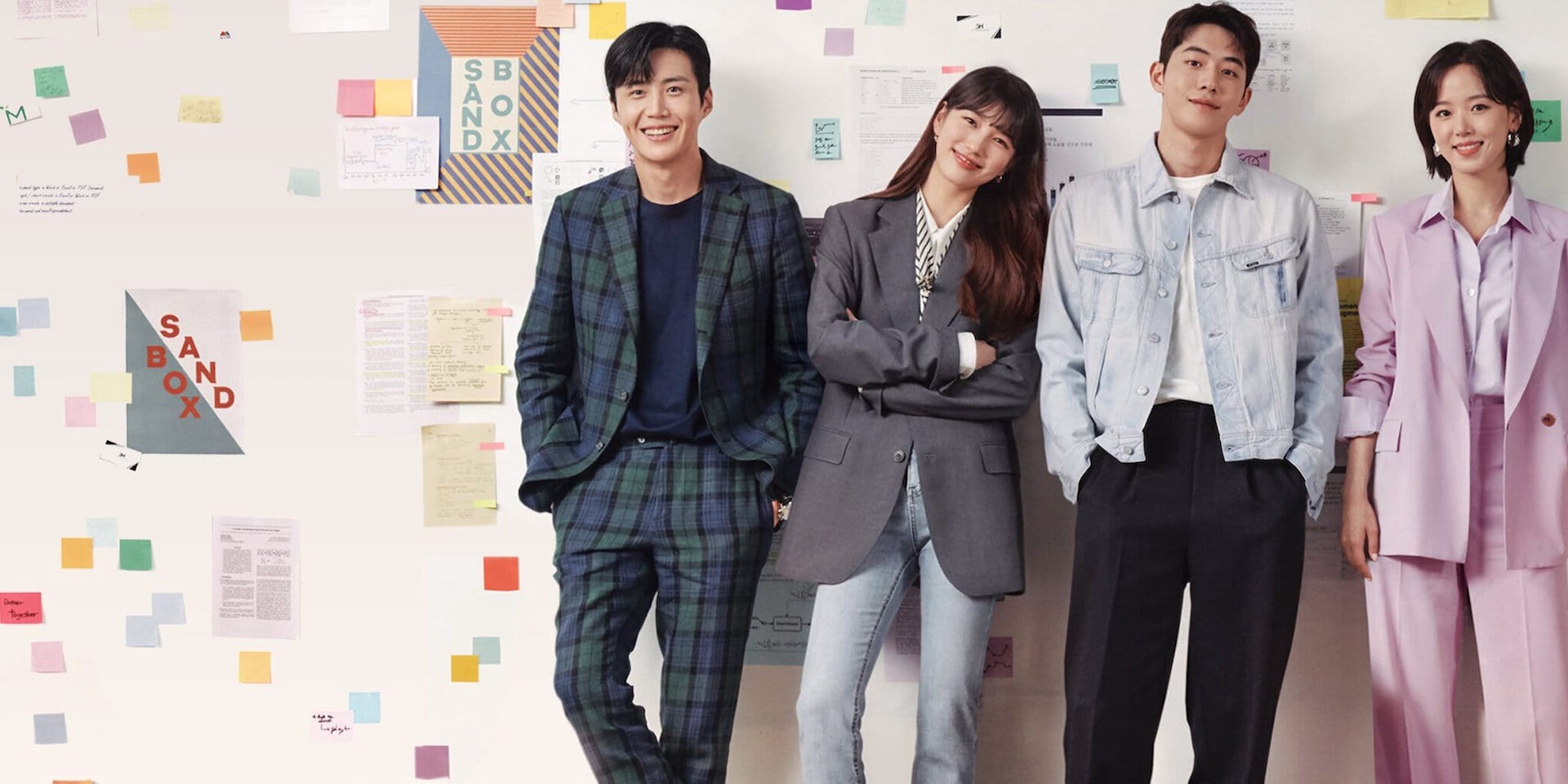 Sparks of chemistry that sent our hearts aflutter. Emotional scenes that made us cry our eyes out. Lines that got us laughing so hard, and an inspiring theme with messages we seek during such bleak times. Start-Up was the tech and business K-drama we never expected to fall in love with – but here we are, in 2020 (still), with all we know defying the laws of the universe.

Fronted by award-winning actress and former Miss A member Bae Suzy, as well as established actors Nam Joo-hyuk and Kim Seon-ho, Start-Up follows the story of Seo Dalmi, a vibrant aspiring entrepreneur in the fictional Silicon Valley called Sandbox. Streaming on Netflix, the 16-episode has enthralled K-drama fans and techies alike with its love triangle, accurate representation of the industry, and other factors that denote great scriptwriting. On the sonic end, too, are the experience-enhancing soundtracks that have accompanied the length of the drama, through its good and bad times.

Music Director Nam Hye Seung on creating soundtracks for K-dramas – Record of Youth, It's Okay To Not Be Okay, Crash Landing on You, and more

As Start-Up wraps up the series, we at Bandwagon shortlist some of the best songs from its outstanding and star-studded soundtrack. From Red Velvet, Gaho, to BOL4, Bae Suzy, and more, here are the songs that we think deserve your attention, even if you haven’t watched the show.

As the first track of Start-Up’s OST album tracklist, ‘Future’ by Red Velvet is quick to hook listeners with its synthwave sounds and a gradual introduction of melodic guitar riffs. As Red Velvet’s sweet and colourful voices chime in, the song would set the mood of the show with a warm and uplifting texture – launching it to #21 upon debut on Billboard’s World Digital Song Sales Chart.

Gaho’s known for his serve of motivational spirit-lifters in various Korean dramas, and ‘Running’, similarly, is one that can be your three-minute pick-me-up when you’re experiencing a working midday slump. In line with Start-Up’s plot, the lyrics of ‘Running’ are also full of hope and strength, telling us that we can do whatever we set out to achieve, as long as we want it enough.

‘Where Is Dream’ is a lighthearted listen that many have come to associate as Dalmi and Jipyeong’s anthem. Though simple, warming, and tender, the track also comes with a tinge of melancholy, alongside lyrics detailing what it feels like to love. It’s performed by 10cm, an acoustic folk band which makes frequent soundtrack appearances, such as for the likes of Golden Time, Hotel del Luna, and Crash Landing On You.

Red Velvet’s Wendy shows her flair for ballads in the emotionally charged ‘Two Words’, showcasing both the main vocalist’s powerhouse and soft, soothing vocals. A huge switch up from the rest of the drama’s soundtrack, ‘Two Words’ stands out for its tear-jerking qualities, with some matching Wendy’s singing abilities to other OST legends such as Davichi, Ailee, Chen, and more.

Just like how ‘Where Is Dream’ has been adopted by supporters of Dalmi and Jipyeong, ‘Love Letter’ is a pleasant reminder of Dalmi and Dosan’s interactions, which never fail to bring a smile to everyone’s face. Backdropped by a faint electropop tune as well as stylish synths and guitars, the vibes of a coming-of-age romance can be keenly felt in this track by BOL4, helping us look at the world through rose-tinted glasses.

Sung by none other than Bae Suzy, who has convincingly embodied the character of Seo Dalmi, ‘My Dear Love’ serenades us with details of reuniting with a loved one, particularly after a painful period of longing. While Suzy has always been identified as multi-talented, the song surprised listeners once again, flaunting the actress’ honey-like voice against its haunting, wistful melody.

K.Will’s strong suit is most recognised in ballads, but this doesn’t necessarily limit him to only one genre of music. In fact, the dubbed Prince of OST lent his voice to ‘Care About You’, one of the most stand-out tracks in Start-Up’s tracklist. Ending the drama on a sweet and rejuvenating note, K.Will’s soulful and distinctive voice has soundtracked the fond memories Start-Up has left on audiences all over the world, with many wishing for a second season to come in the near future.

Start-Up is now available for streaming on Netflix. Watch it here.

Check out the rest of the soundtrack here: