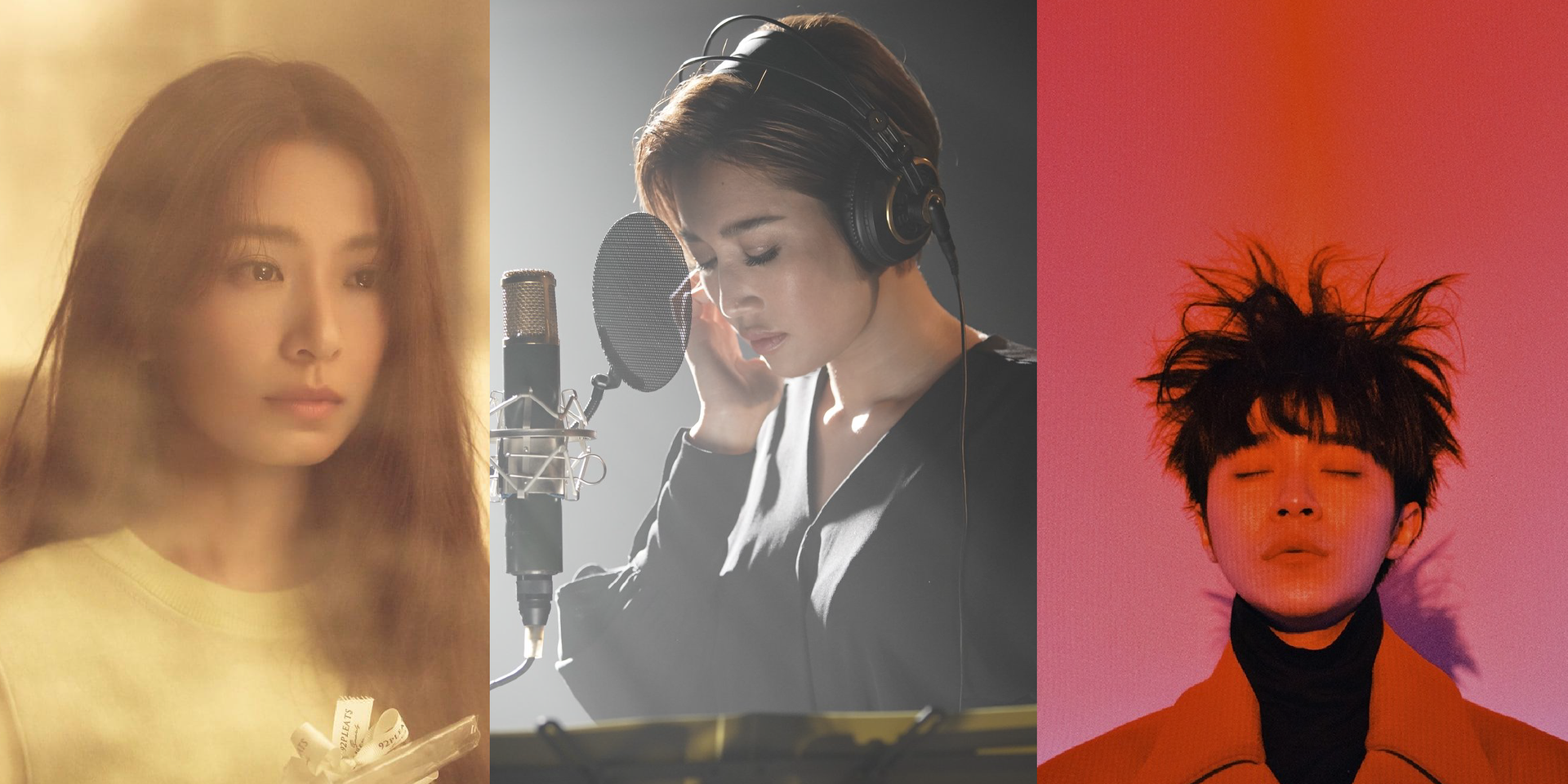 If you are missing the golden glow of high-school days, put on a Chinese drama or film and take a nostalgic walk down the memory lane.

Encapsulating the nostalgia within the short span of a 2-hour film or playing out the drama through a 40 episode series, Chinese dramas or films are bound to deliver something delightful for everyone. Whether it is a dose of melancholy or a surge of happiness, these theme songs would surely linger on in our minds even after the credits roll.

From the innocence of first love in You're The Apple Of My Eye, Our Times, and Fall in Love at First Kiss, to learning to live with loss in More Than Blue, Secret, and Someday or One Day, here are 10 theme songs that are will take you on the bittersweet journeys all over again. 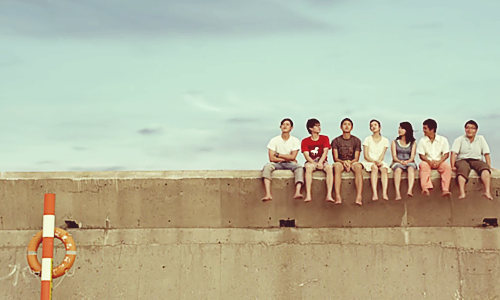 Based on the semi-autobiographical novel by Giddens Ko, You're The Apple of My Eye 那些年，我們一起追的女孩 was filmed almost entirely in his hometown, Changhua County, where the story unfolded in his teenage years. At first glance, the good girl meets bad boy narrative spells out typical, but the adrenaline of the chase portrays the genuine feelings of Ko Chen Tung, who plays as the male protagonist.

Sung by Hu Xia, the theme song from the film is most recognisable by its iconic chorus '那些年错过的大雨，那些年错过的爱情', teleporting us back into the drama to the scene where Ko Ching Teng and Shen Chia-yi had a heated argument in the rain towards the end of the drama.

After all these years, 'Those Bygone Years' is still a karaoke favourite by Mandopop fans today as its timeless plot lives on. 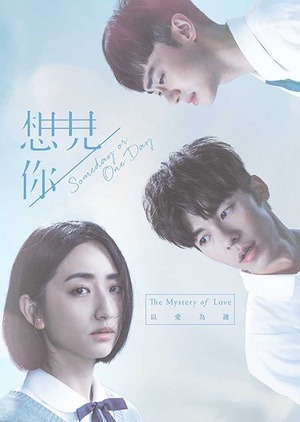 Played by Ko Chia Yen, Huang Yuxuan wished for her dead boyfriend to come to life and when she got what she asked for - a flashback to the past becomes a reality for her. A tale of questioning self-identity while existing in the skin of someone else, Yuxuan rekindles a long-lost relationship while grappling with the mysteries of time and space.

Someday or One Day 想見你 has seen numerous re-broadcasts within China television and had found its place on the television channels of South Korea, Japan, and Hong Kong. The critically acclaimed series has also been nominated for the 55th Golden Bell Awards, with the results to be announced later this year.

Sung by Mandopop band 831, the ending theme of  'Miss You 3000' took off after the success of the drama series, landing itself as #1 on Taiwan's Spotify Top 100 charts and firmly held its place #1 on KKBOX's charts from December 2019 till today. 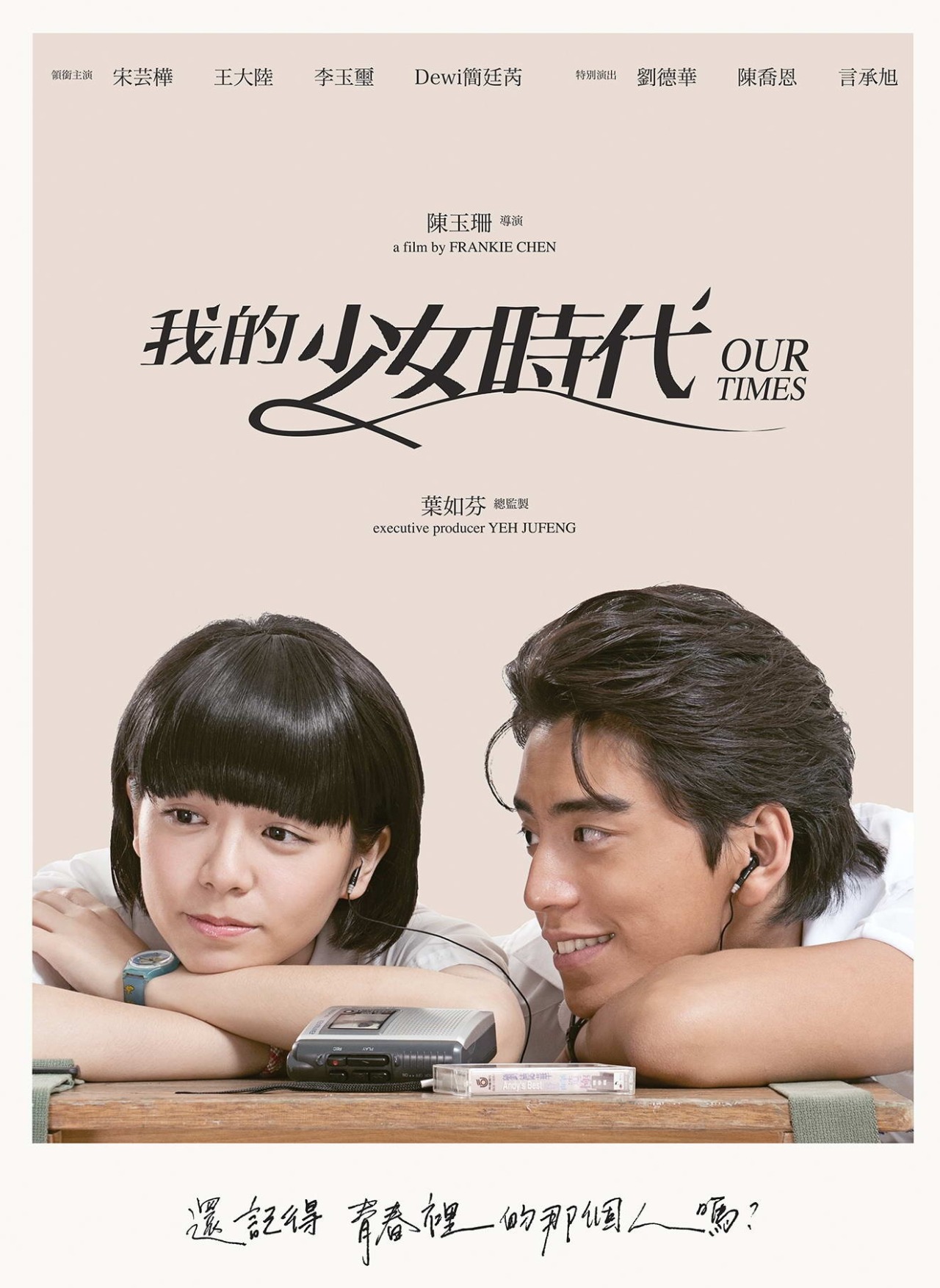 There are two kinds of boys in high school - those that get by from winning fights they start, and those who get by with their stunning looks. In this throwback film, shy girl-next-door Lin Zhen Xin, played by actress Vivian Sung, fell for both of them.

Filled with laughter, goosebumps, and an occasional stream of tears, this high school romance film is a classic to be savoured. Our Times 我的少女时代emerged as box office hits in both Taiwan and Singapore and was nominated for various titles at the 52nd Golden Horse Awards.

The theme song 'A Little Happiness', which was sung by Hebe Tien, reached more than 100 million views on YouTube a year after its release, crowning her as the first Mandarin artist to break the record. 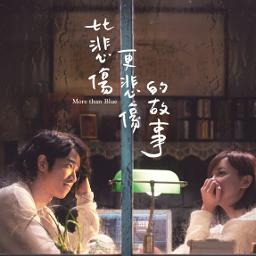 Seeking comfort in each other's presence since their individual childhood tragedies, K and Cream, played by Jasper Liu and Ivy Chen, are that pair of star-crossed lovers in everyone's hearts. The Taiwanese remake of Korean romance melodrama film More Than Blue 比悲伤更悲伤的故事 will definitely leave you sobbing into your tissues as you fumble around the fridge for another can of beer.

More Than Blue gained critical acclaim at its Busan International Film Festival premiere in 2018, with 5,000 tickets being sold out within the first five minutes of sales. Recognised as Taiwan's highest-grossing film of 2018 and the film that surpassed the likes of Captain Marvel in China's box office during its opening week, More Than Blue definitely captured the hearts of many.

Sung by vocal powerhouse A-Lin who also made a special appearance in the film, the theme song 'A Kind of Sorrow' '有一种悲伤' encapsulates the waves of melancholy that the film is engulfed in, from the beginning to its very end.

After American Sci-fi film Passengers landed on earth in 2016, the romance between Aurora Lane and Jim Preston, played by Jennifer Lawrence and Chris Pratt respectively, sheds new light on finding love in a fantasy world of outer space.

Written and sung by one of Hong Kong's most renowned female soloists G.E.M., 'Light Years Away' is the Mandarin theme song that accompanied the movie. Set to scenes the scenes of the movie, its music video surpassed 200 million views as of 2019, catapulting G.E.M. into the spotlight as the first Mandarin singer to break the 200 million views record on YouTube.

G.E.M. was also invited to perform 'Light Years Away' at the seventh Annual Breakthrough Prize at the NASA Ames Research Center in Silicon Valley. She shared that performing to a crowd of American scientists was a testament of music transcending borders and that the human race knows no limits as well.

Chasing your dreams to become an actor is a daunting suit for anyone, but in the Chinese drama Mr. Fighting 加油，你是最棒的, struggling actor Hao Ze Yu and his team are determined to do anything to make his dream a reality. The heart-warming, inspirational romantic comedy featuring the likes of lead actors Deng Lun and Sandra Ma had gained the likes of many through the truthful depiction of everyday struggles.

The theme song 'The Wind is Blowing' is sung by Golden Melody Award-winning Wu Qing Feng, who breathed life into an uplifting tune. Originally composed as a Japanese song by singer Yu Takahasi, the instrumentation and melody caught the likes of Wu, who then worked together with Yu to rewrite the lyrics and arrangement with his personal touch added to it.

Complimenting Wu's sound palette which draws mainly from folk and ballad genres, his rendition of 'The Wind Is Blowing' is one that holds true to the style of the talented singer-songwriter. 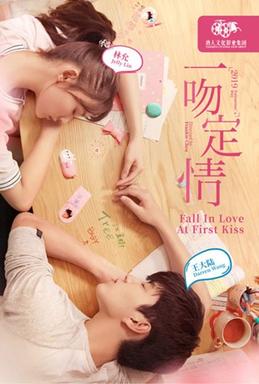 Fall in Love at First Kiss 一吻定情 made its screen debut on Valentines Day in 2019 as a nostalgic memory of high-school first love. Another classic romance film by the director of Our Times, Frankie Chen, the film was based on Japanese manga series Itazura na Kiss, which gained immense popularity in Japan, with three television remakes from 1996 to 2010.

The emotional ballad 'Really Foolish' '真的傻' that is heard in the film's theme song is sung by LaLa Hsu, who was dubbed as the Best Mandarin Female Singer at the 29th Golden Melody Awards in 2018.

Hsu first made her stage debut in 2008 on the variety television series One Million Stars in which she was recognised as the champion in the third season. Following her appearance on the show, her diverse talents in music have accounted for her success as one of Mandopop's leading female singers. 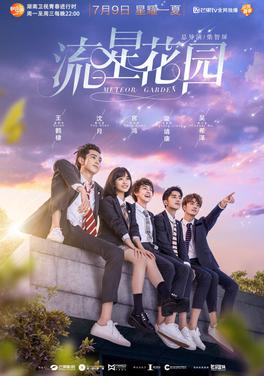 The name Meteor Garden 流星花園 is rarely heard today, but without a doubt, the Taiwanese adaptation of drama series Boys Over Flowers, which was popularised in both Japan and South Korea as the blockbuster hit of 2001. The plot of Meteor Garden touches on the themes of family, romance, and coming of age, which resonated with a diverse range of audiences in its range of international broadcasts. Following its local success, the Mandarin series was aired in Indonesia, Japan, the Philippines, Hong Kong, Thailand, Singapore, and more.

Harlem Yu's 'Can't Help Falling In Love With You' '情非得已', which was the opening theme of Meteor Garden, still sees its influence far and wide beyond the radio charts in 2001. The catchy chorus which is a profession of one's love for their partner has been established staple at Chinese weddings over the years and even today.

Telling a heartwarming tale of a familial love while struggling to get by a series of emotional and financial plights, Taiwanese television mini-series A Boy Named Flora A 花甲男孩轉大人 is one that speaks directly to the hearts of many. The seven-episode series snagged a total of 7 awards at the 53th Golden Bell Awards in 2018, out of the 11 nominations it had.

The series is also Taiwanese singer-songwriter Crowd Lu's proudest and most personal works yet, with him playing as the lead actor and being the singer and composer behind the opening and closing theme songs. The opening theme 'Fish' '鱼仔‘ emotes the feelings of melancholy and loss together with the soft chords of the acoustic guitar. With several lines of Hokkien inserted into the chorus, 'Fish' cleverly evokes a scene back in one's hometown lit by the fluorescent moonlight. 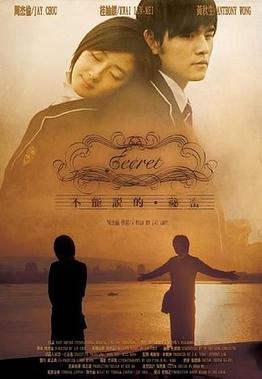 The king of Mandopop's debut film needs no introduction, especially to his army of international fans. Secret 不能說的祕密, which featured the likes of Jay Chou starring as the main actor, tells the story of two aspiring pianists who fall in love with each other. The mystery unfolds when she plays him a song called 'Secret', a forbidden song that she cautions him never to play on the school's oldest piano.

The film was crowned the Most Outstanding Taiwanese Film of 2007 at the 44th Golden Horse Awards, with its theme song 'Secret' being recognised as Best Original Song. Sung by the Chou himself, the song was nothing short of delivering his heartfelt feelings of character he played.

Check out the full playlist here: