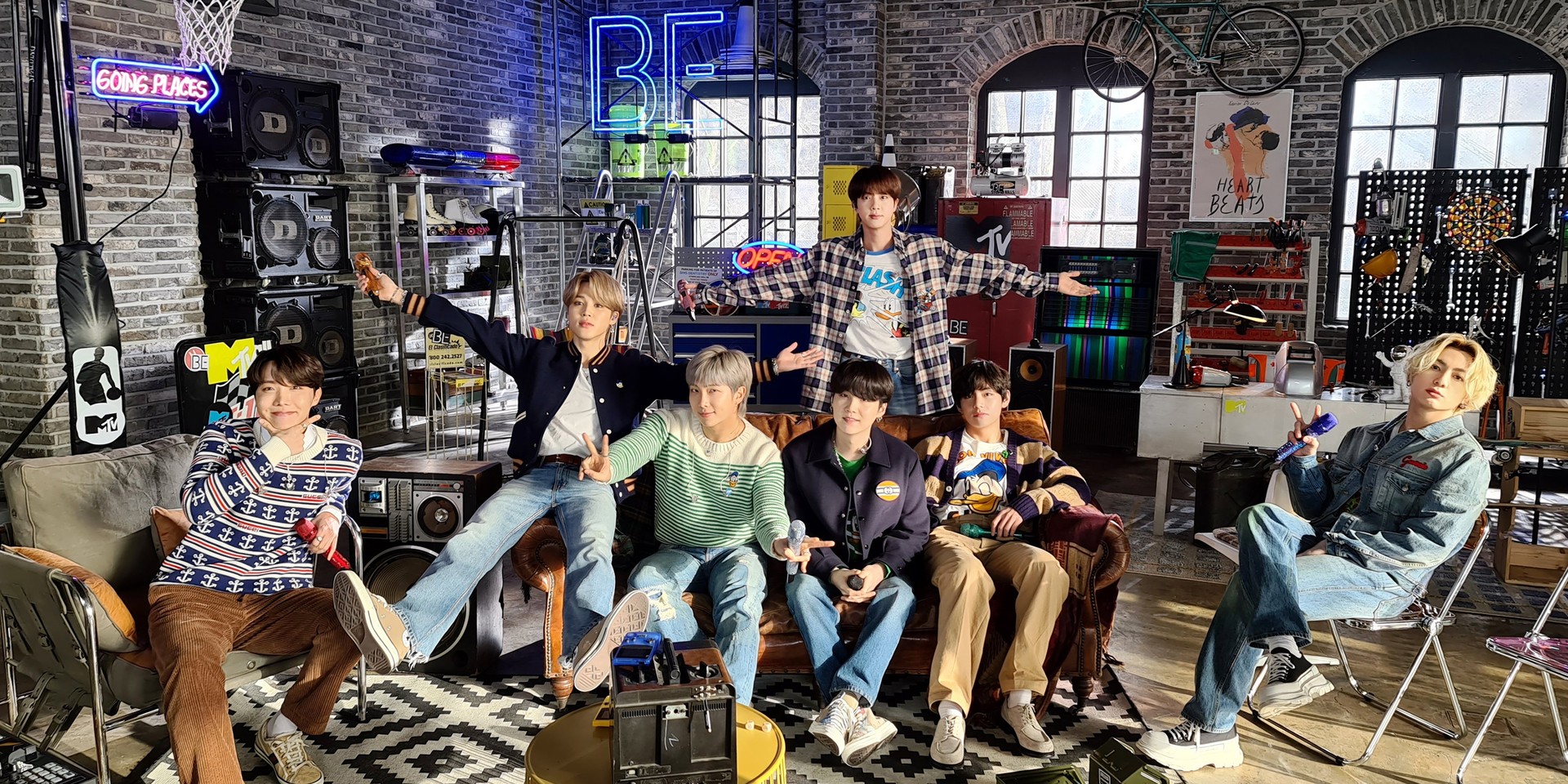 BTS just made history as the first Korean act to grace the iconic MTV Unplugged stage.

The show has seen performances of the likes of Nirvana, Mariah Carey, The Corrs, Jay-Z, and more.

For their special set, the K-pop titans showcased their vocals and harmonies while performing stripped-down renditions of tracks from BE, their most personal album yet.

BTS kicked off the show with a laidback version of 'Telepathy' and the live debut of the acoustic pop track, 'Blue & Grey.'

As a surprise for fans, the group performed their own take on Coldplay's Fix You,' a meaningful choice for the members as the song got them through tough times last year.

Coldplay also gave their seal of approval and wrote "Beautiful" in Korean, showing their support for the BTS rendition. Chris Martin wrote the song for his then-wife, actress Gwyneth Paltrow, after the loss of her father.

In true BTS concert tradition, the members all said a few words before launching into the closing tracks. BTS leader RM shared how grateful they are for a chance to perform their songs on the MTV Unplugged stage. "We hope many of you are comforted in your rooms and houses. Thank you for tuning in with us!"

All good things must come to an end, and so does @BTS_twt's #MTVUnplugged performance... BUT not without a few parting words from our boys first! 💜 #BTSonMTV pic.twitter.com/6IePpkcS3q

KhaN on starting out in a church band, touring with BTS, and his solo EP, 1987

Check out what went on behind the scenes here:

Catch the replay on MTV Asia on the following dates: