With her silvery vocals and signature swagger, CHUNG HA has quickly risen to become one of the most prominent names in the K-pop scene.

From the moment the MNH Entertainment-signee was introduced to the world as one of the 101 hopefuls on the inaugural season of the reality survival competition Produce 101, it was clear that she had all the makings of a superstar. With each performance and release since then, both with her former group I.O.I and as a solo artist, CHUNG HA has edged closer towards unlocking her full potential.

Querencia, the 25-year-old's first studio album which was released last month, is the culmination of her growth as an artist over the years. Titled after a Spanish term that refers to a place where one finds strength and comfort, the project has provided a space for CHUNG HA to revel in her individuality. The eclectic album, co-released under 88rising, has also launched the singer's career in the Western market.

Now with Querencia under her belt, the multi-talented artist hopes to continue to hone her craft in her future projects.

In an interview with Bandwagon, CHUNG HA shared about the process of making Querencia, reflected on her journey as an artist, and discussed her role in the evolving K-pop world.

Hi CHUNG HA! Did you discover anything new about yourself and your music while working on Querencia?

I definitely got to know myself better while working on Querencia. I am starting to figure out where I should be heading towards in terms of music and performances.

What would you say is the thread that unifies the songs on this eclectic album?

“Querencia” itself. The entire process of making music and this album was such a calming and inspiring experience that I felt like “Querencia.”

You penned a couple of tracks for this album. What inspires you when you’re coming up with the lyrics to your songs?

When I was writing my lyrics, I mostly tried to concentrate on the messages that I wanted to convey. Since I am not a skilled lyricist yet, it is difficult for me to write about things that inspire me. Therefore, I thought clearly expressing my message to people should be my priority.

Besides being a singer, you’re also known to be a skilled dancer who performs with a lot of confidence. Is this something that comes naturally to you, and what goes through your mind when you’re on stage?

I think my gestures and facial expressions come naturally to me. I don’t necessarily plan or practise them. Instead, I really try to get in the zone and focus on the moment and the feeling I get when I am on the stage!

Let’s talk about your journey as an artist. You’ve come such a long way since your career began. If you could speak to your younger self, what advice would you give her?

I will tell little Chungha to go broaden your perspectives, and experience as much as you can! Make sure to look around and see what you like, what you are actually good at, and get to know yourself more. Oh, I also want to tell myself that it is okay to do what you want to do while pursuing your dream.

K-pop is becoming increasingly popular around the world and more and more people are starting to become interested in the works of artists like you. What kind of impact do you want your first studio album to leave on those who are curious about K-pop or new to it?

I think it’s so great that people are showing more interest in Korean culture through K-pop. Korea has a rich history and culture that I wish people from all around the world get a chance to experience and learn about Korean culture. If my album becomes an instigator for others to want to learn more about Korean culture, I would be so honoured and thankful. 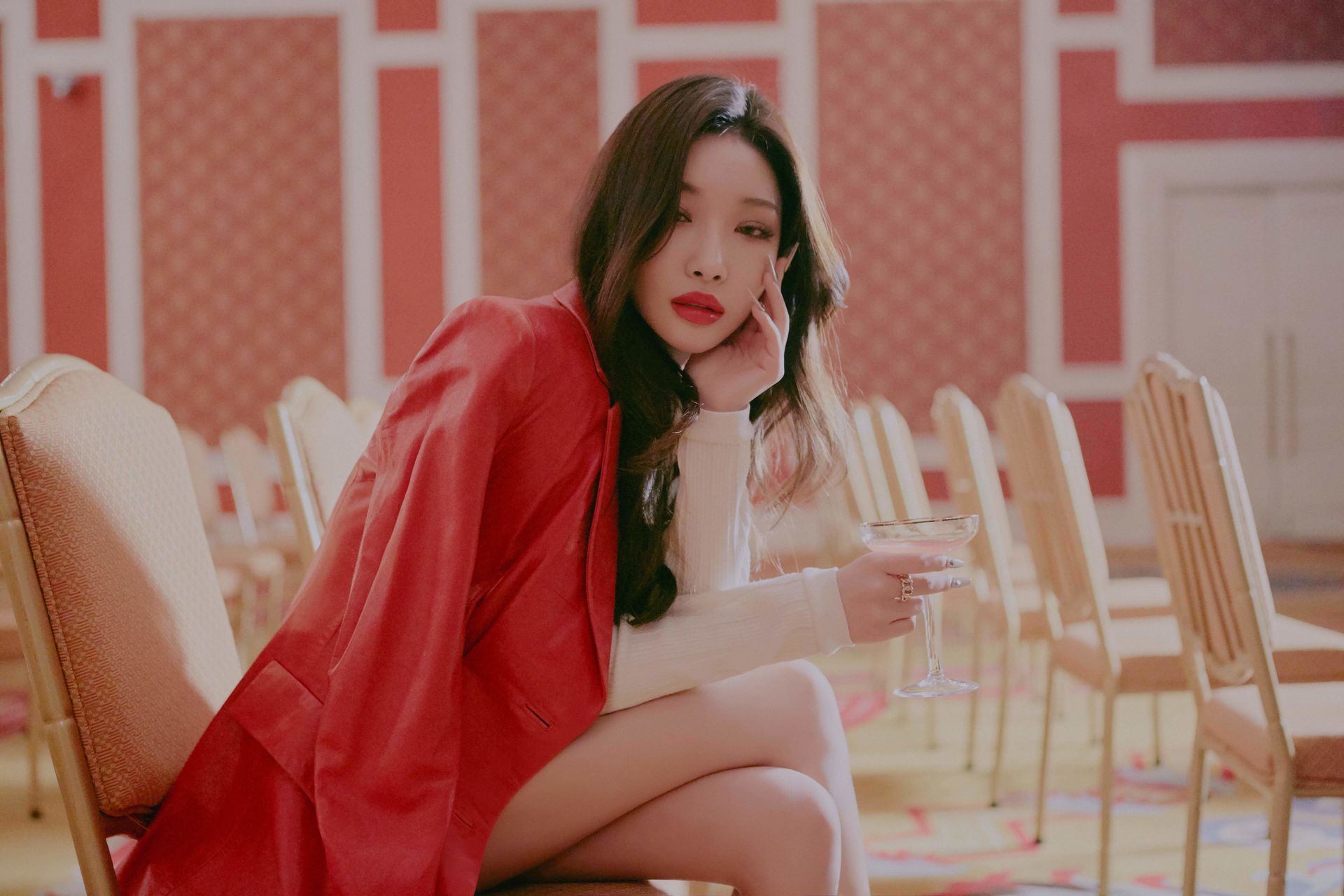 K-pop has evolved a lot through the years thanks to the innovations of many talented artists, and now that torch has been passed on to you. How does it feel to be one of the artists responsible for shaping the future of K-pop?

Frankly, I’m not sure if I contributed to the growth of K-pop. I was just extremely fortunate to have so many artists that were already active in making K-pop go global and be popular overseas. I think it’s through those great artists that people from other countries were introduced to me. I am so thankful because those artists not only inspired me to become an artist myself but also helped me meet my fans! Really, I just try to focus on doing things I love. I am just so thankful that I have so many fans that appreciate my work and cheer me on to do what I love. It feels surreal. I never really thought of myself as one of the artists responsible for shaping the future of K-pop. I guess I am just going to try to keep improving to help K-pop!

Looking forward, are there any artists (K-pop or international) that you would love to collaborate with?

I definitely want to collaborate with not only K pop artists but also artists from different backgrounds and cultures as well. I am open to any intriguing opportunities. I am willing to challenge myself with a variety of music genres and to learn from the collaborative process with different artists. I hope to make some great songs together!