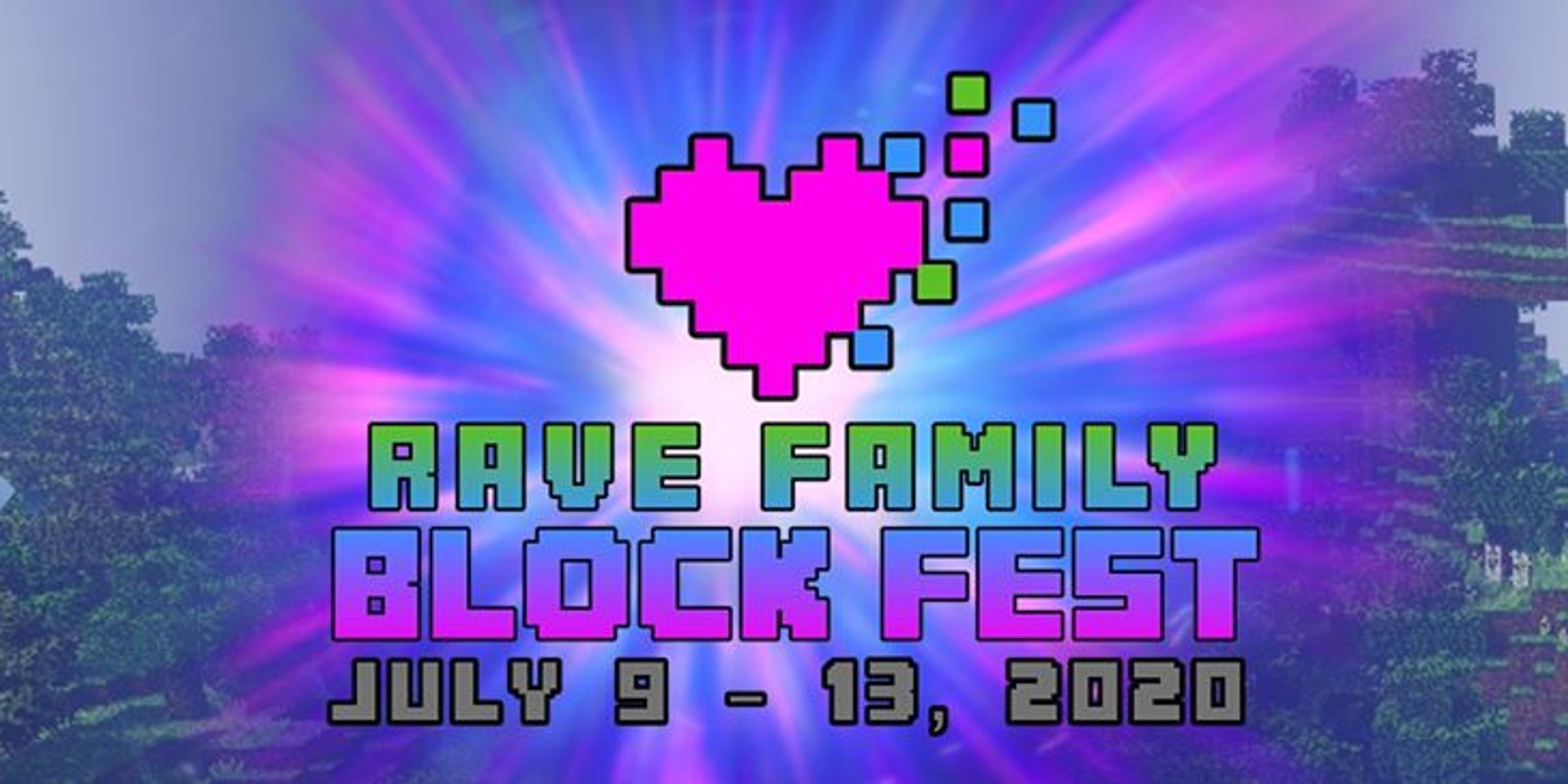 Over the last week, Electric Blockaloo announced major changes to the event, including postponement and a name change.

Formerly known as ‘Electric Blockaloo', the online music festival was set to be the largest and most ambitious festival of its kind. To be hosted on the popular video game, Minecraft, the event was scheduled to take place on 25 - 28 June but has now been pushed back to 9 - 13 July, due to a game update launched on 23 June, the same day the festival was hosting group “camping” and early arrivals.

In a Facebook post, the event’s organiser, Rave Family, clarified that “there are so many unknowns with an update of this scale” and their servers would not work for many attendees that updated their game, and would, therefore, need to delay the event to prioritise the festival experience.

In addition, Rave Family also announced that the festival's name will be changed to Rave Family Block Rest, as to disassociate the event with a political extremist group rising in the US called ‘Boogaloo’. The festival’s former name was supposed to honour the iconic breakdancing film series from the 80s, Breakin': Electric Boogaloo.

This announcement comes mere days before the festival’s original slot and after a series of online criticism and social media users questioning payment and event logistics. Some even went as far as comparing the event to the failed and fraudulent luxury music festival, Fyre Fest.

Is Electric Blockaloo still happening? Website seems to be down. from r/EDM

We need to talk about the upcoming potential disaster - "Electric Blockaloo" virtual Minecraft festival. from r/EDM

These comments were addressed by Rave Family Block Fest founder, Jackie McGuire, in an interview with YourEDM, claiming that the person who compared Rave Family Block Fest to Fyre Fest was “part of a group from a fan Discord server for an artist who wasn’t on the lineup” and “decided to coordinate a trolling campaign of the festival”.

"I think, as with any event of this size and scale, it would be impossible to assure people that everything will be perfect. We are charting new territory, with new technology, at a massive scale, and we have been honest with artists and fans about that. That said, we’ve taken many steps to make sure that everyone has a great musical experience," McGuire went on to say in his interview with YourEDM.

The festival is set to happen on 9 - 13 July and tickets, which start at US$10, can be purchased here. A portion of the ticket sales will be directed to the artists themselves.

More information on the festival can be found via Rave Family's official website.