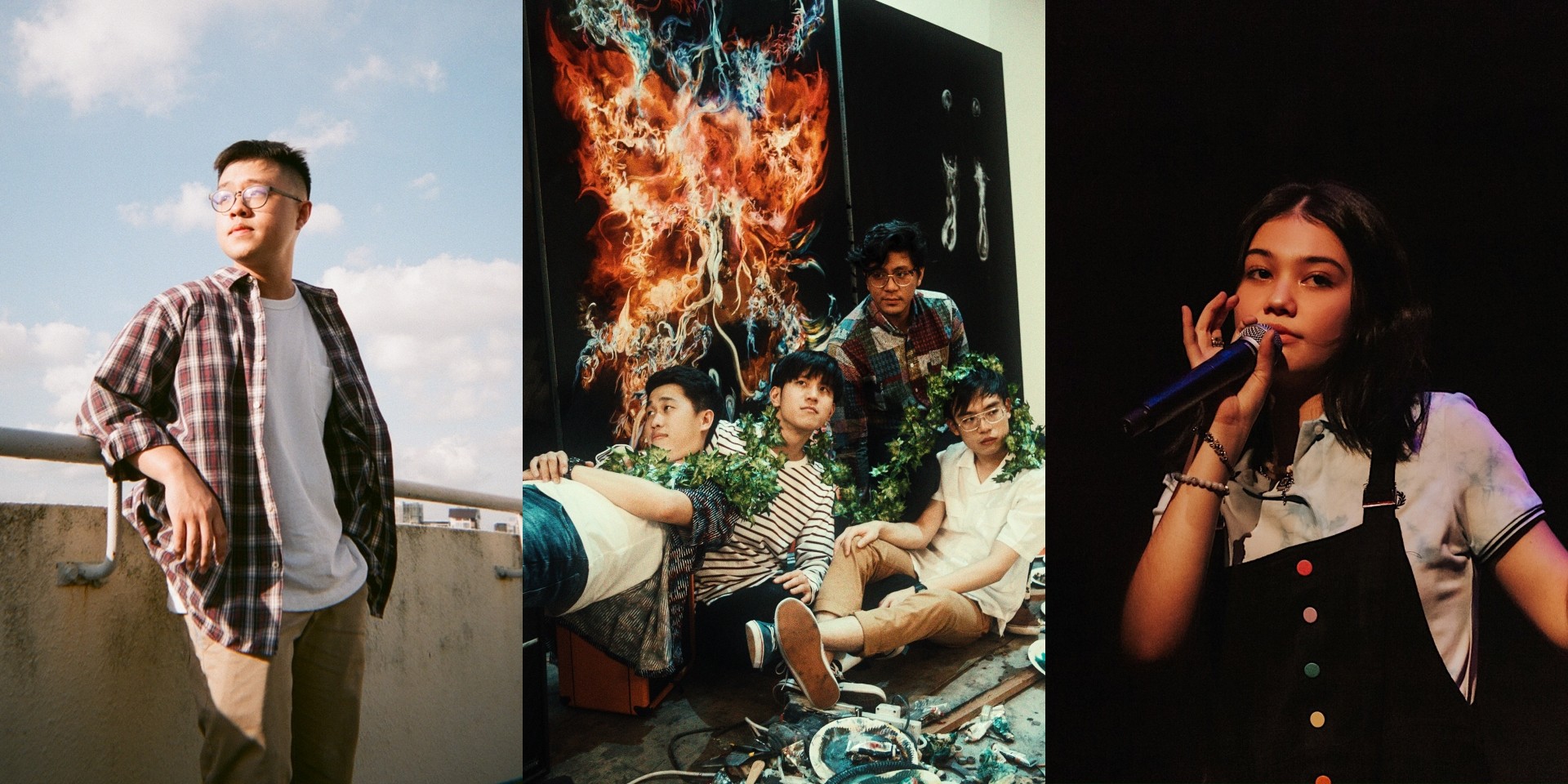 With COVID-19 impacting the events industry drastically with closure of entertainment venues and cancellations of events, it’s also made the community think more creatively about streaming performances to virtual audiences.

While live concerts are no longer a thing for now, Bandwagon and EBX Live believe in the experience of live music and the love of singing along. We hope to bring some of that magic back with a brand new concept: Karaoke Livestream Concert!

If you miss going to the KTVs and watching your favourite Singaporean artists perform live, you can enjoy this concert from the comfort of your living room and jam along - lyrics are provided.

Indie pop band M1LDL1FE and singer-songwriters Shye and YAØ are poised to take the stage to bring some music and cheer to everyone on 4 April 2020. You can watch the livestream on Bandwagon's Youtube, Facebook, or Twitch. You can also show your support by donating to them via the Twitch livestream.

The set times are as follows: 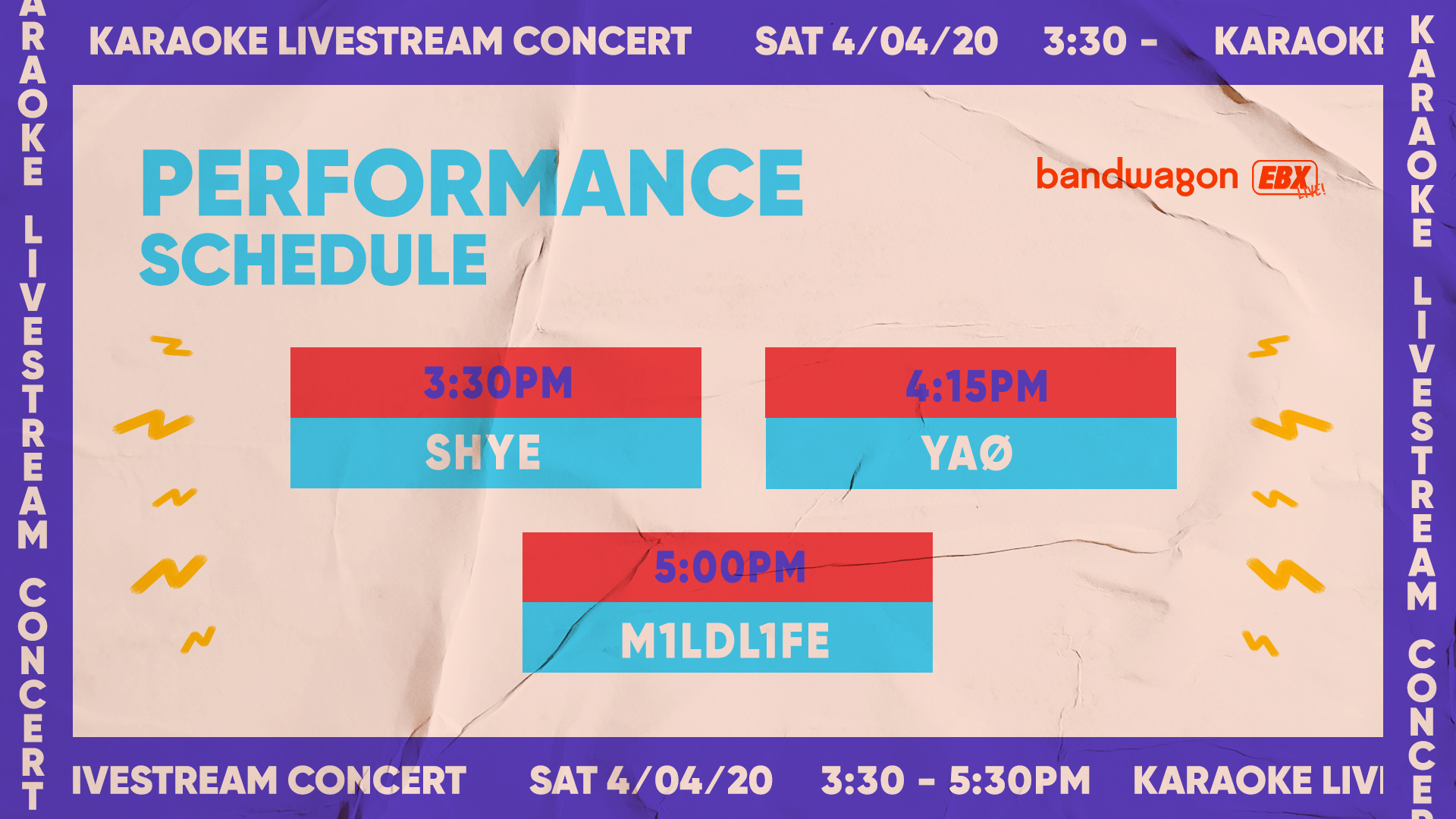 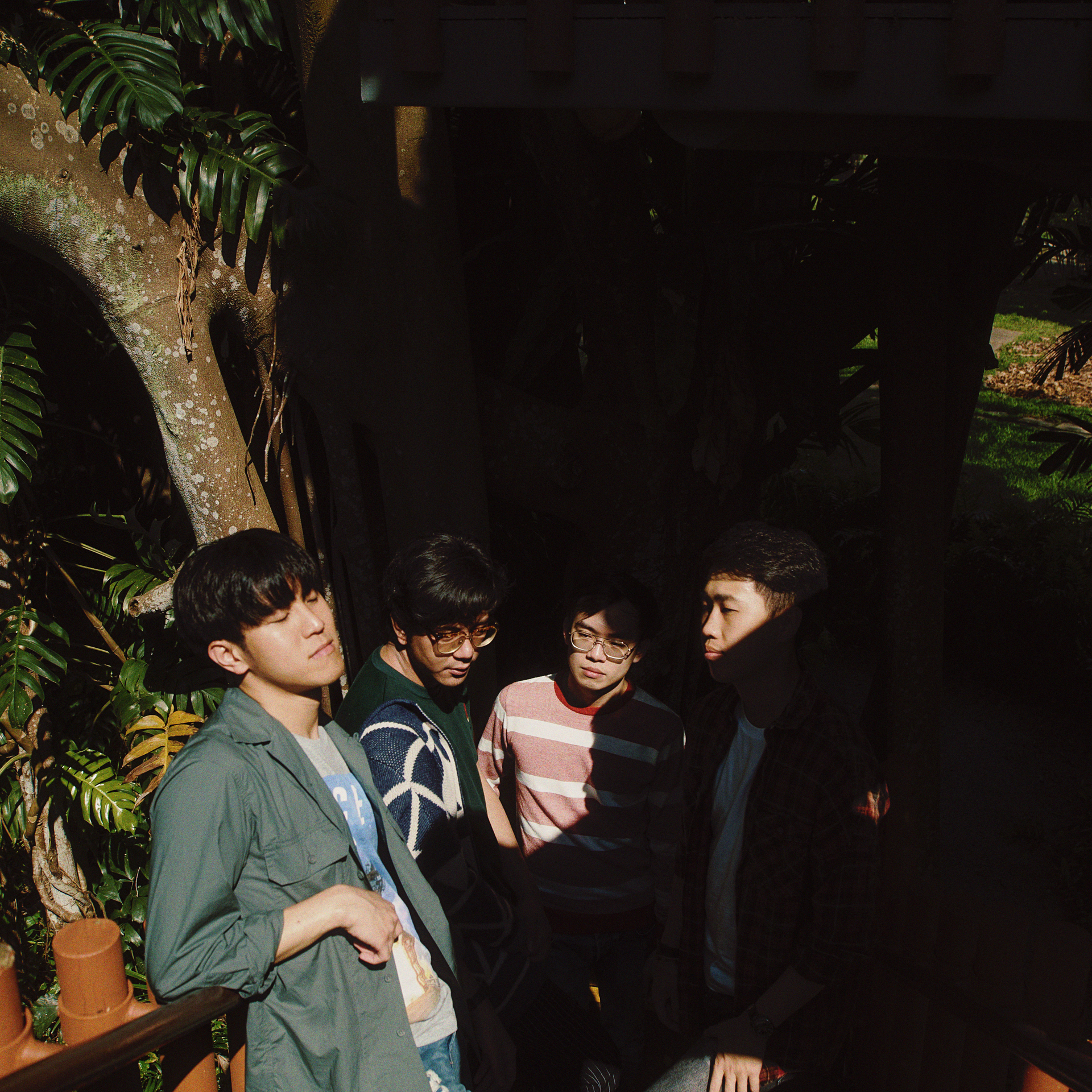 Formerly known as Take Two, M1LDL1FE was first conceived as a University Hall cover band in 2012, when they started working on original music. In 2015, they released their first EP, Pairs, to critical acclaim both locally and in the region. The band went on to open for international bands such as Death Cab For Cutie and Walk The Moon in Singapore. In 2017, the band rechristened themselves as M1LDL1FE, and released their eponymous EP and sold out their EP Launch show in that same year. 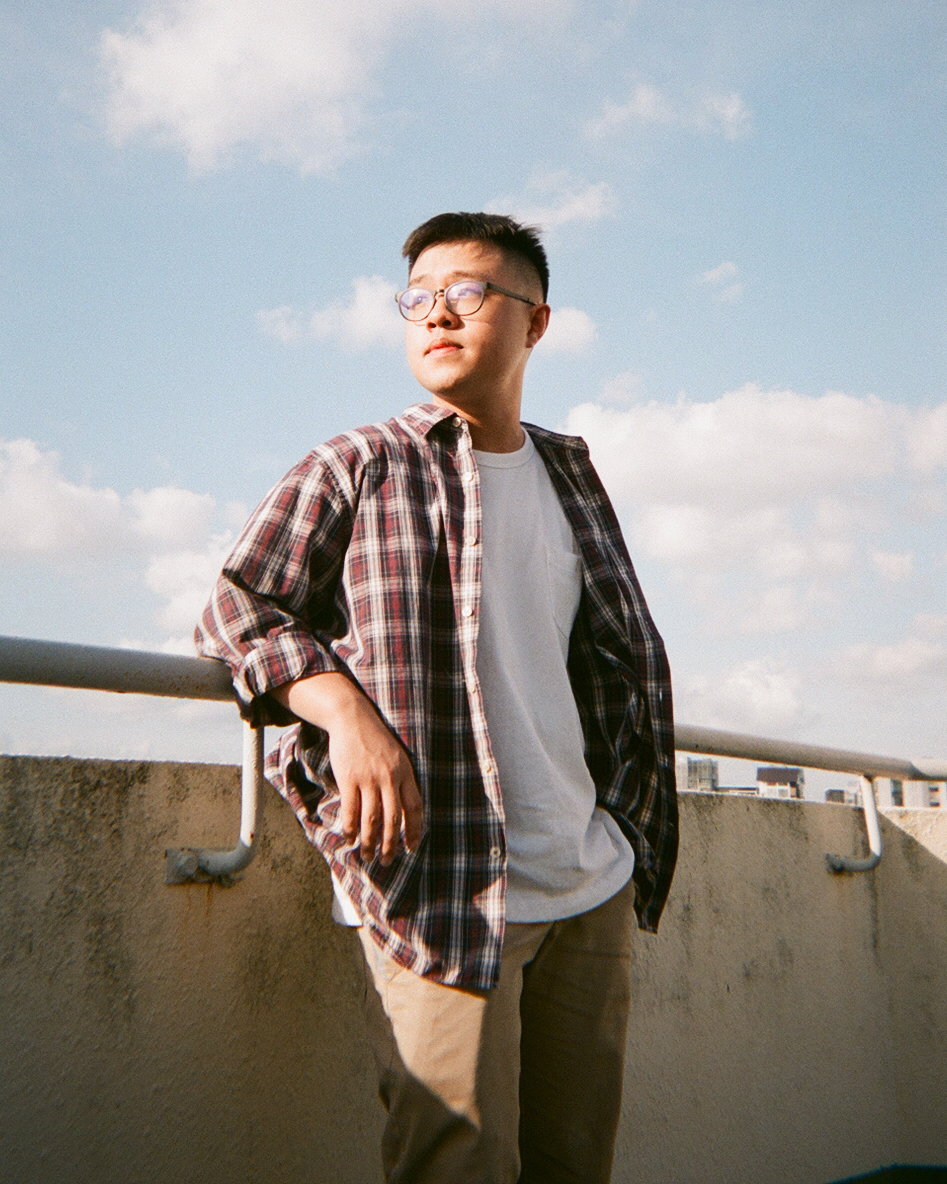 As a rising multi-hyphenate artist influenced by his love for the '80s new wave, hip-hop, R&B and Japanese city pop, YAØ has consistently released music that is an unpretentious combination of urban soul and contemporary pop. His hit tracks include 'No Stress' and 'RHCF (Rock Hand Crying Face)'. His latest single, 'Moonlight', follows hot on the trails of his EP, Love & City Lights, which he released just last year. 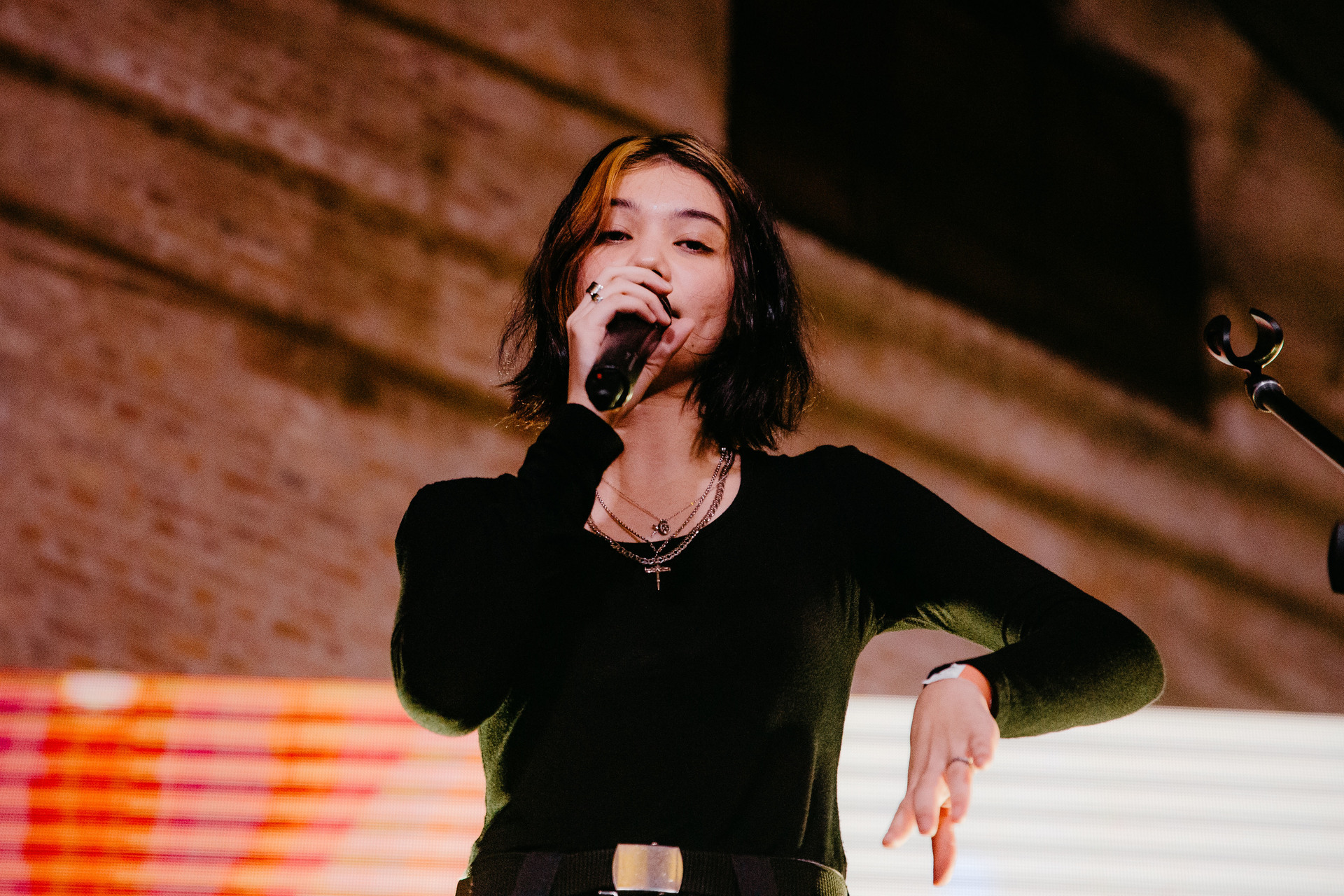 A self-taught musician, SHYE is known for her electic mixture of bedroom pop, electro-pop & indie-pop, and has been likened to artists such as Clairo and Billie Eilish. After winning Vans Musicians Wanted in 2018 at the age of 16, she has since gone on to perform for House of Vans Guangzhou. Shye is also the youngest to win an award at the inaugural Youth Music Awards in Singapore in January 2019, and has served as opening acts for various international musicians such as Superorganism, Clairo and Sales at their concerts in Singapore. 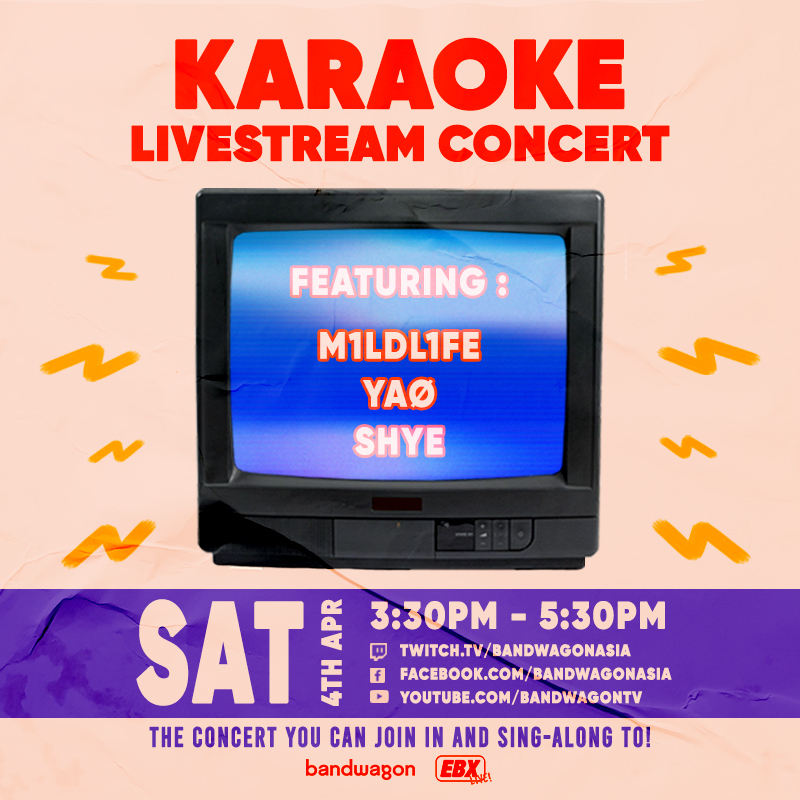