Over the past month, Asia has seen a series of concert cancelations due to the novel coronavirus outbreak.

From festivals to headlining concerts, shows originally scheduled have either been canceled or postponed for health and safety concerns of the public.

Here are the shows that have been canceled and postponed this year. 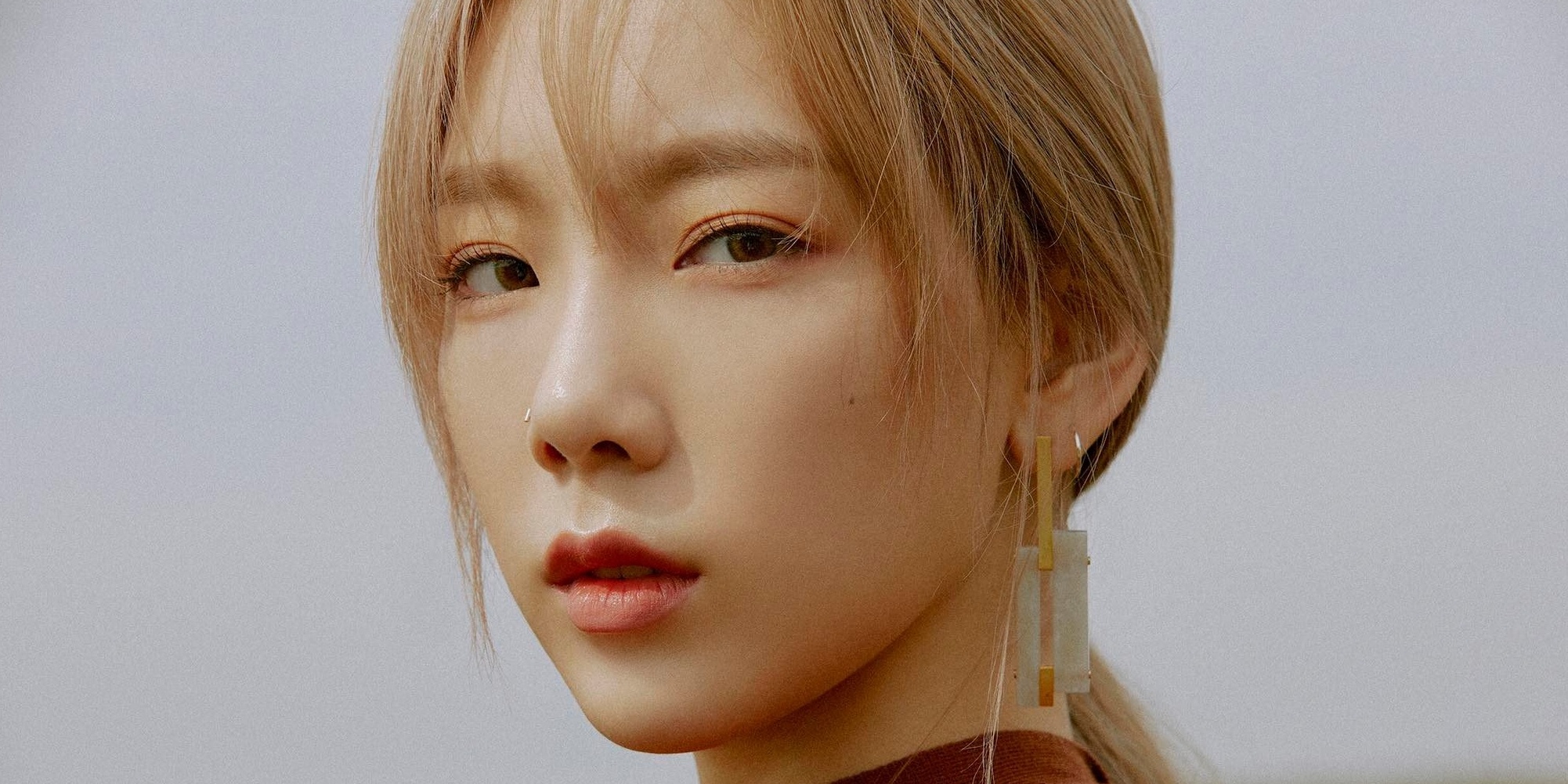 K-pop singer Taeyeon's concert at the Singapore Indoor Stadium was postponed due to concerns about the novel coronavirus. Details for a new show date have yet to be released, but an official statement by One Production announced that "customers who have purchased tickets will receive full refund through the original mode of payment". 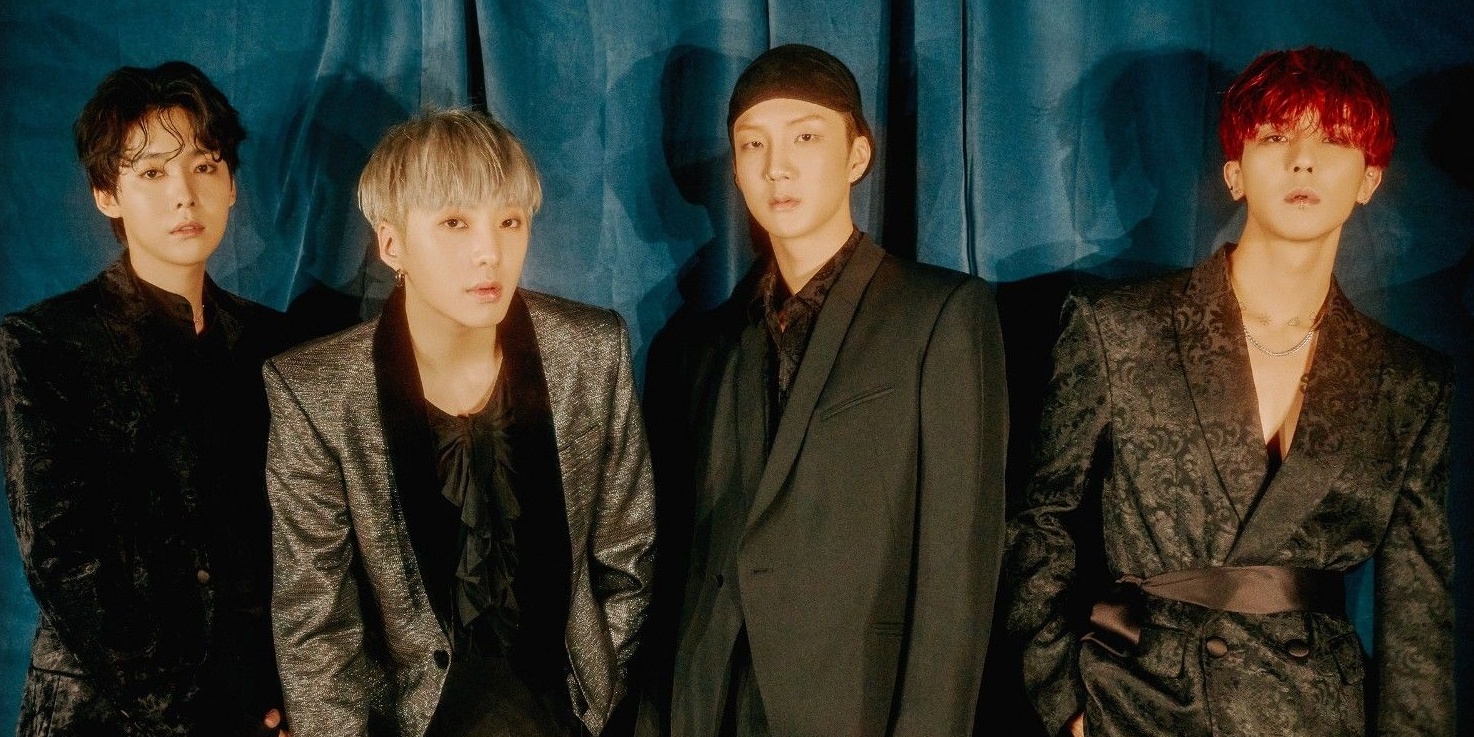 Concert promoters Live Nation announced the cancellation of WINNER's concert due to the coronavirus concerns. The show was set to take place on 8 February.

Concert promoters One Production announced that the upcoming NCT DREAM concert, which was slated for 15 February at the Star Theatre, has been postponed until further notice due to the coronavirus concerns.

Concert promoters Live Nation announced that the upcoming GOT7 concert, which was slated for 22 February at the Singapore Indoor Stadium, was postponed until further notice due to the coronavirus concerns.

K-Tigers Zero's show in Singapore has been postponed to September. The K-pop martial arts performance group was slated to perform at The Star Theatre on 22 February 2020. The performance will be rescheduled for the FORMULA 1 SINGAPORE AIRLINES SINGAPORE GRAND PRIX 2020 (18 – 20 September 2020) 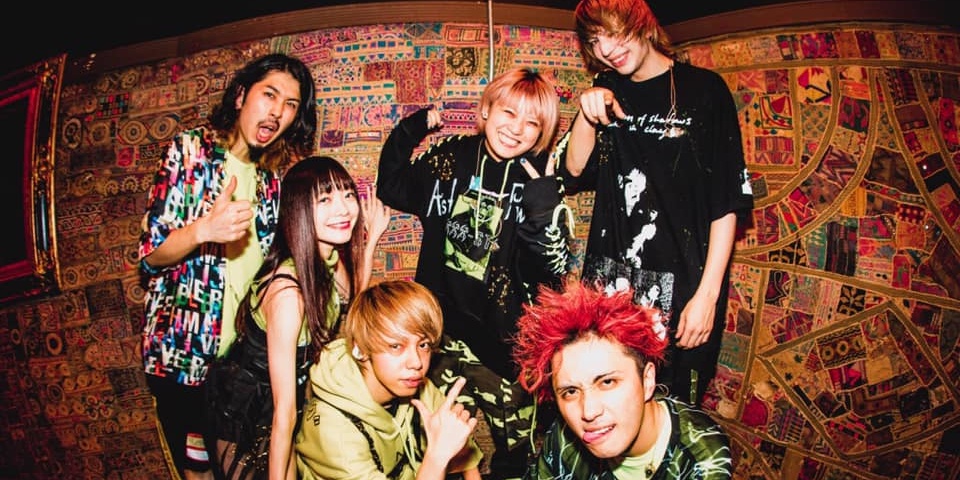 AliA has postponed their Asia shows from their AliAliVe2020 Around the World -Re:AliVe- World Tour. Their concert in Singapore has been postponed to 9 June 2020 at *SCAPE The Ground Theatre. The band was initially slated to perform on 29 February 2020. 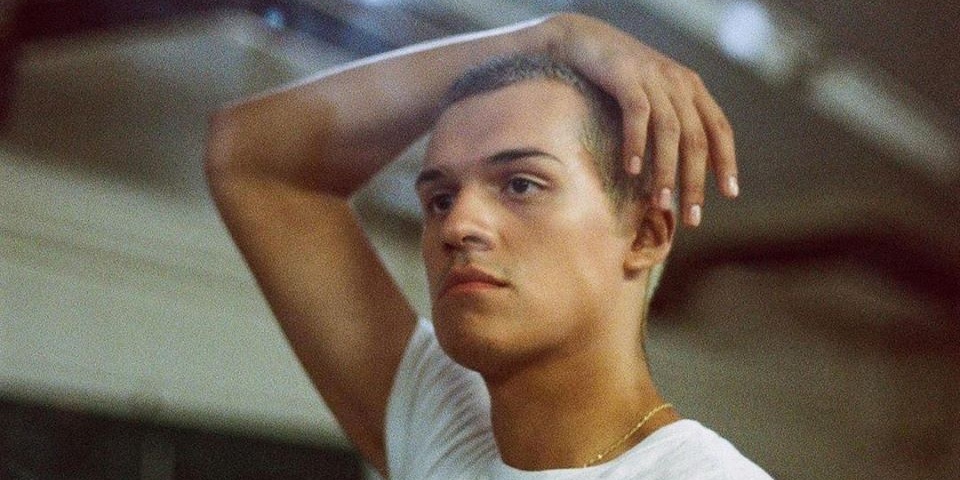 In light of the evolving COVID-19 situation, Omar Apollo's concerts in Singapore, Hong Kong, and Bangkok have been officially cancelled. He will still be going ahead with his shows in Tokyo, Kuala Lumpur, Jakarta, and Manila. He was slated to perform at the Pavilion @ Far East Square on Tuesday, 3 March 2020.

Novo Amor's Singapore shows, which were originally slated for 5 and 6 March as part of Esplanade's Mosaic Music Series, will now occur later in the year, on 28 and 29 July. The shows are being postponed due to the current novel coronavirus concerns. 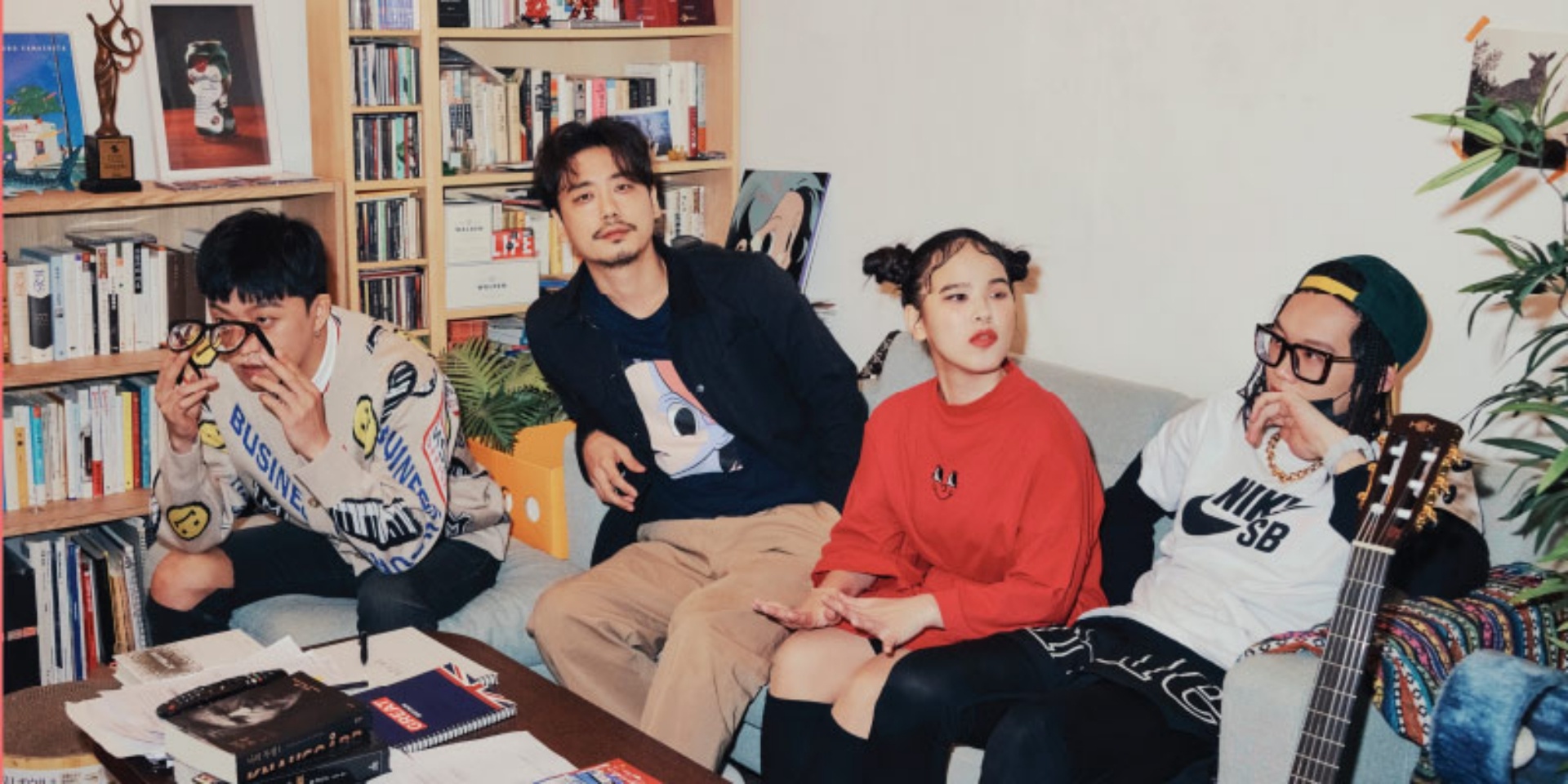 In light of the COVID-19 situation, Korean indie band Adoy's return to Singapore for their ADOY 2020 concert has been cancelled. They were slated to perform at the Esplanade Annexe Studio on 7 March 2020. Esplanade Presents: Mosaic has announced that "all patrons who purchased tickets for the performance will receive full refunds." 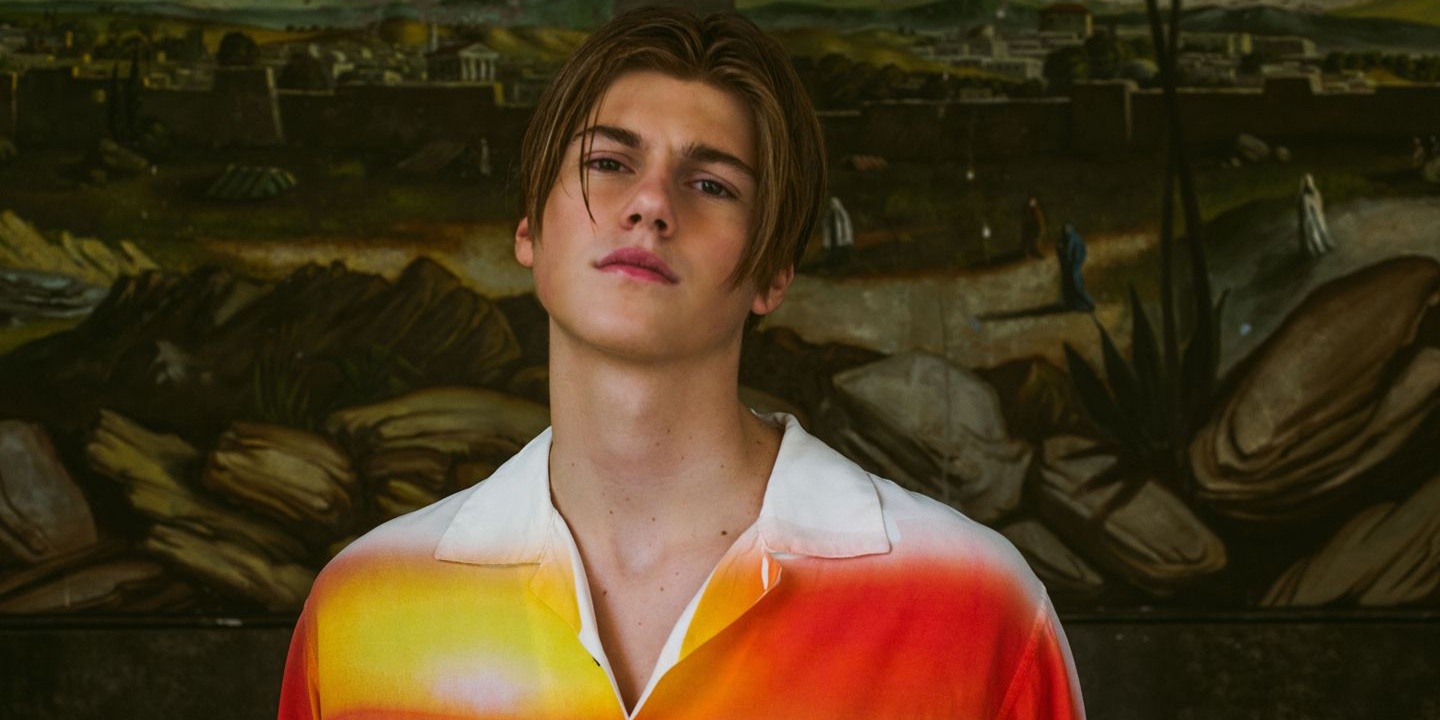 RUEL's upcoming concert in Singapore has been postponed, as announced by concert promoter Live Nation. The show, which was originally set to take place on 8 March, is now being pushed to 10 September.

In light of the coronavirus situation, Green Day have postponed their Singapore show. Current tickets purchased through Sports Hub Tix will remain valid for the rescheduled dates. Lushington Entertainments is actively working with the band management on the rescheduled date and will endeavour to announce the new date very soon.

Raveena has postponed her arrival in Asia this March. She was set to perform in Japan, Manila, Kuala Lumpur, and Singapore. In a post on Instagram, she apologised to fans, assuring them that she remains "excited to play for [her] Asian fans very soon", and that she "will be announcing new dates soon".

Jimmy Eat World have canceled their Southeast Asian shows this March. In an official statement on Sunday (03/01), promoters Skesh Entertainment revealed that the tour has been canceled "due to unforeseen circumstances and for everyone's safety." Ticket refunds will be processed at point of purchase. 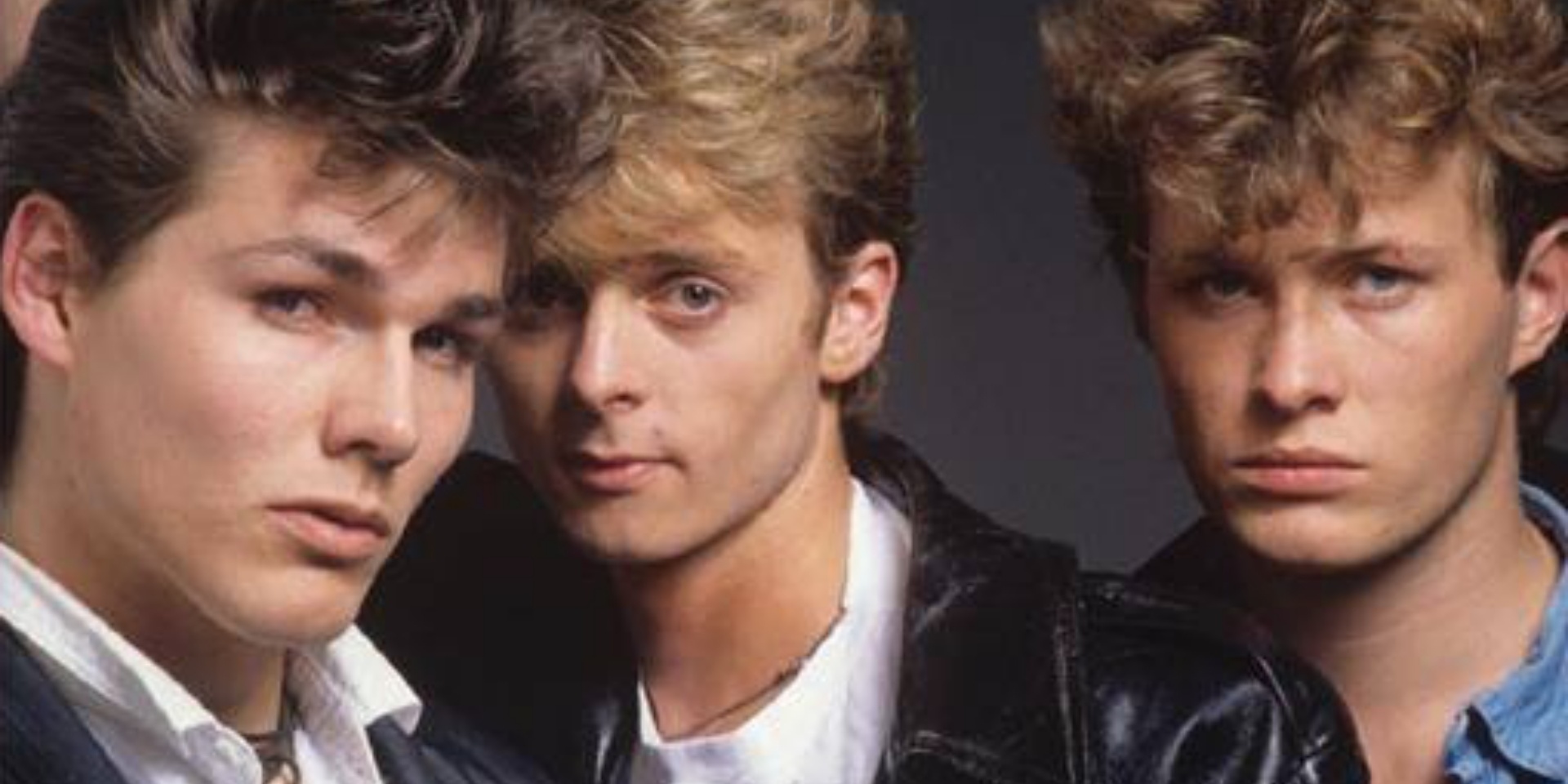 Due to the COVID-19 proliferation concerns, Norweigan band a-ha's concert in Singapore has been cancelled. AHA HUNTING HIGH AND LOW LIVE IN SINGAPORE was slated to take place at the Singapore Turf Club (Kranji) on 21 March. In an official statement, Warner Music Singapore assured patrons that purchases will be refunded in full via SISTIC and that they will be contacted by SISTIC regarding ticketing refunds within 10 working days. Refund details can be found here. 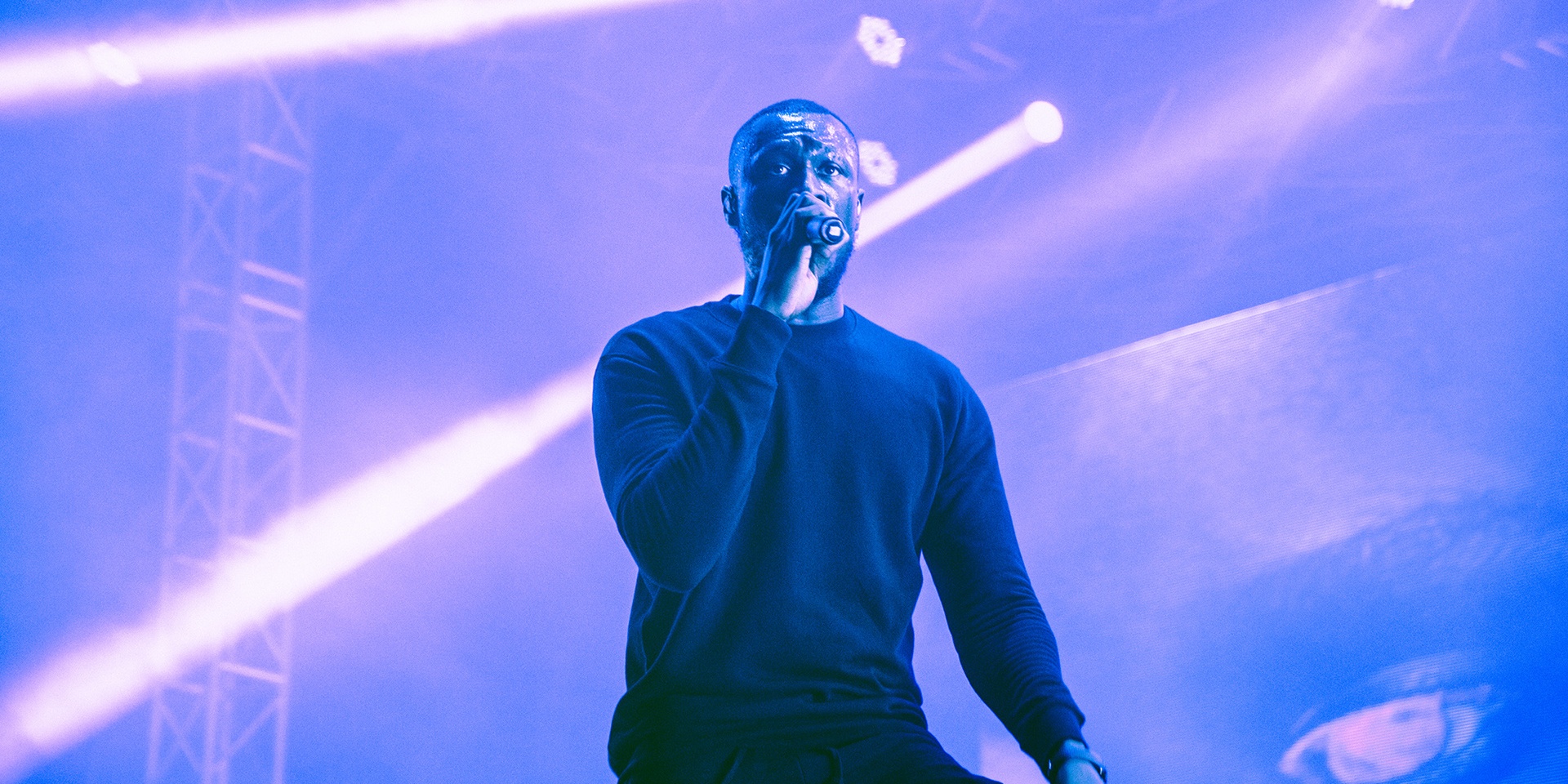 Due to the ongoing health and travel concerns surrounding the coronavirus, Stormzy will be rescheduling the Asian leg of his H.I.T.H world tour. The rescheduled tour dates are as follows: 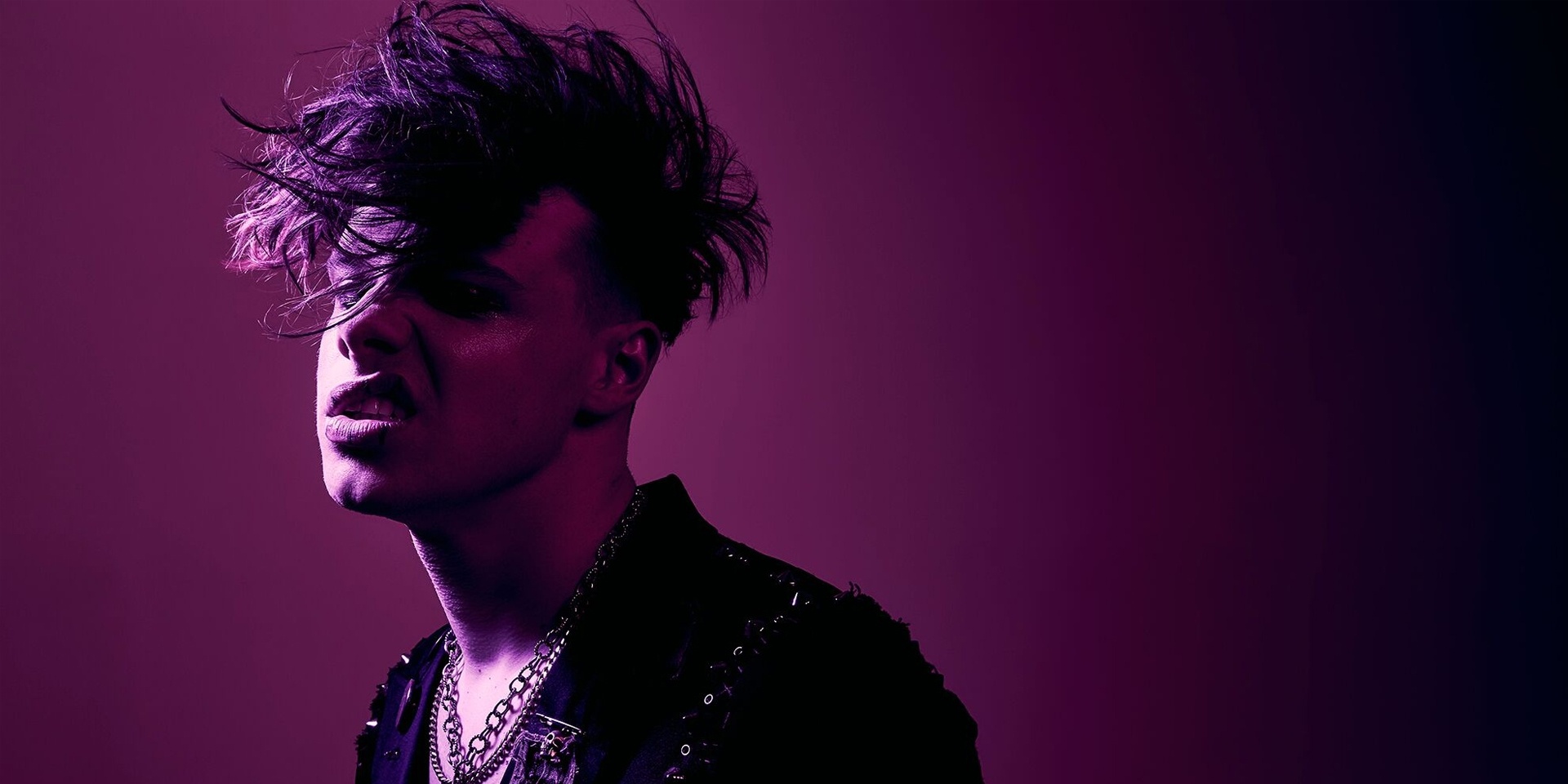 The English pop disruptor's previously scheduled Asia tour, which was supposed to kick off in South Korea and end in Singapore, has been canceled. In a video posted by Live Nation, YUNGBLUD shares the "bad news" about having to "cancel the Asia tour because we've been advised of the travel risks in terms of coronavirus." Speaking to his fans, the singer adds "I'm really thinking about you all a lot and I want to send all my love and I hope everyone is safe. I'll be back soon." 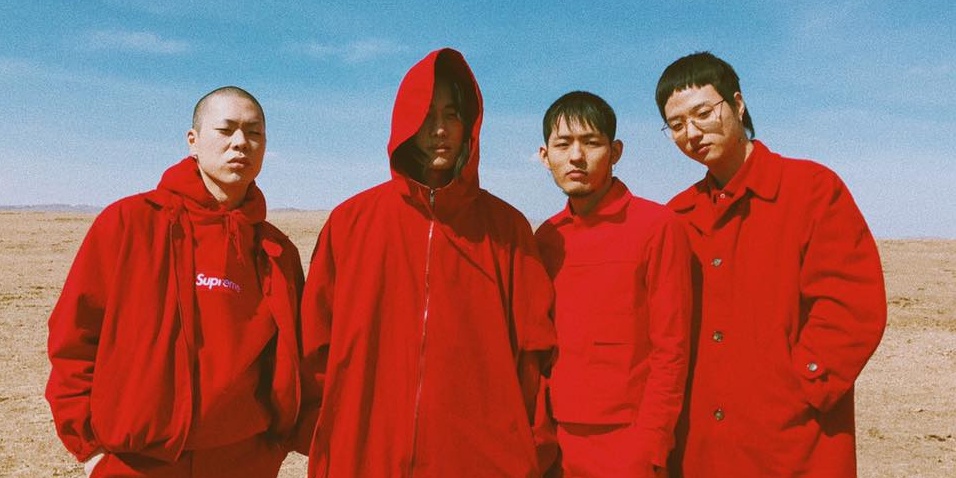 HYUKOH announced that their show in Singapore has been cancelled. Explaining that it was due to the "rapidly increasing effect of Coronavirus", they expressed their regret and thanked fans for understanding. In an official statement, concert promoter Live Nation assured patrons that customers who purchased tickets will receive a full refund. Click here for more information on refund details 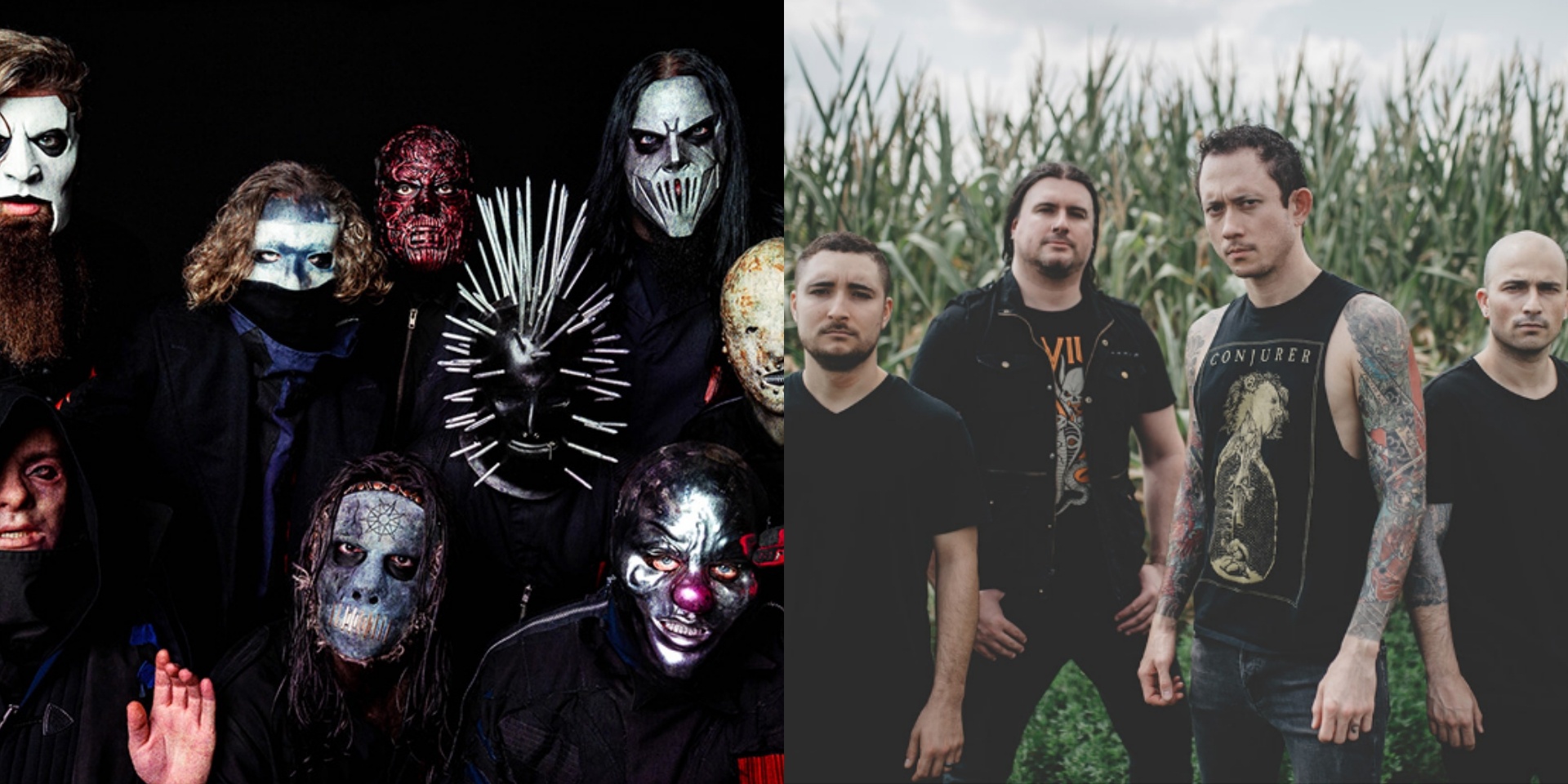 Rockfest II: Slipknot and Trivium has been postponed. LAMC Productions confirmed this in an official statement, assuring fans that they "are working with Slipknot & Trivium and their management on a new Singapore show date and aim to announce this very soon". Patrons are advised to hold on to their existing tickets purchased through SISTIC as they will remain valid for the rescheduled date.

Khalid's Free Spirit Asia Tour 2020 has been postponed due to the travel restrictions put in place in light of the COVID-19. He was set to perform in Bangkok, Singapore, Jakarta, Manila, Kuala Lumpur, Tokyo, Seoul, Mumbai, and Bangalore. AEG Presents Asia announced that they are "actively working on rescheduled concert dates", and assured that "customers who have purchased tickets will receive refunds". 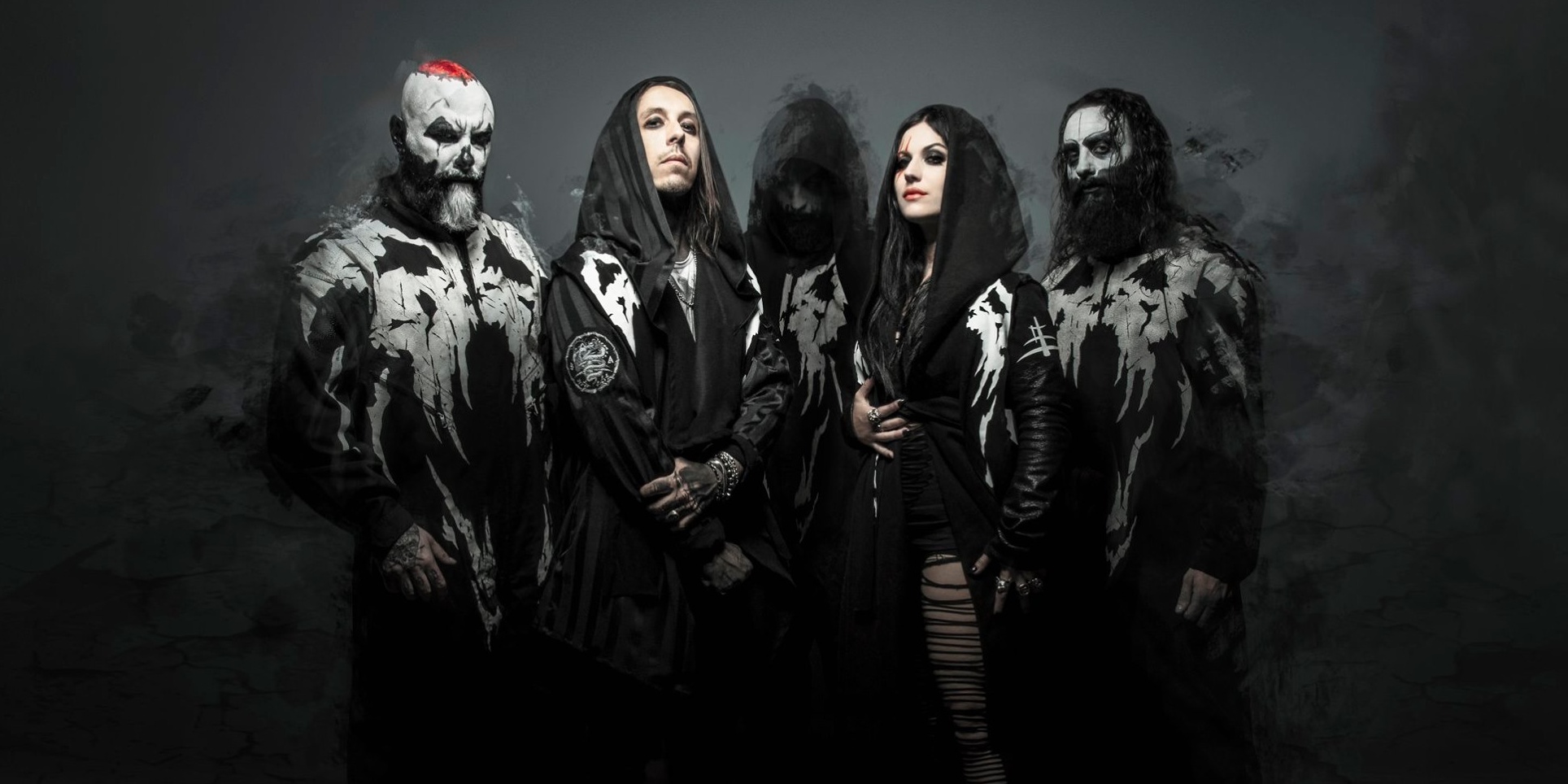 Lacuna Coil have cancelled their upcoming concerts in Southeast Asia. The band was slated to perform in Singapore as part of Rockfest II's The Afterfest Party this March. In the band's official statement, they announced the cancellation of their upcoming shows in Singapore, Jakarta, Dubai, Bangkok, Melbourne, Sydney, Tokyo, and Osaka. They explained that their "home region of Lombardia, Italy, is in the midst of a coronavirus outbreak". 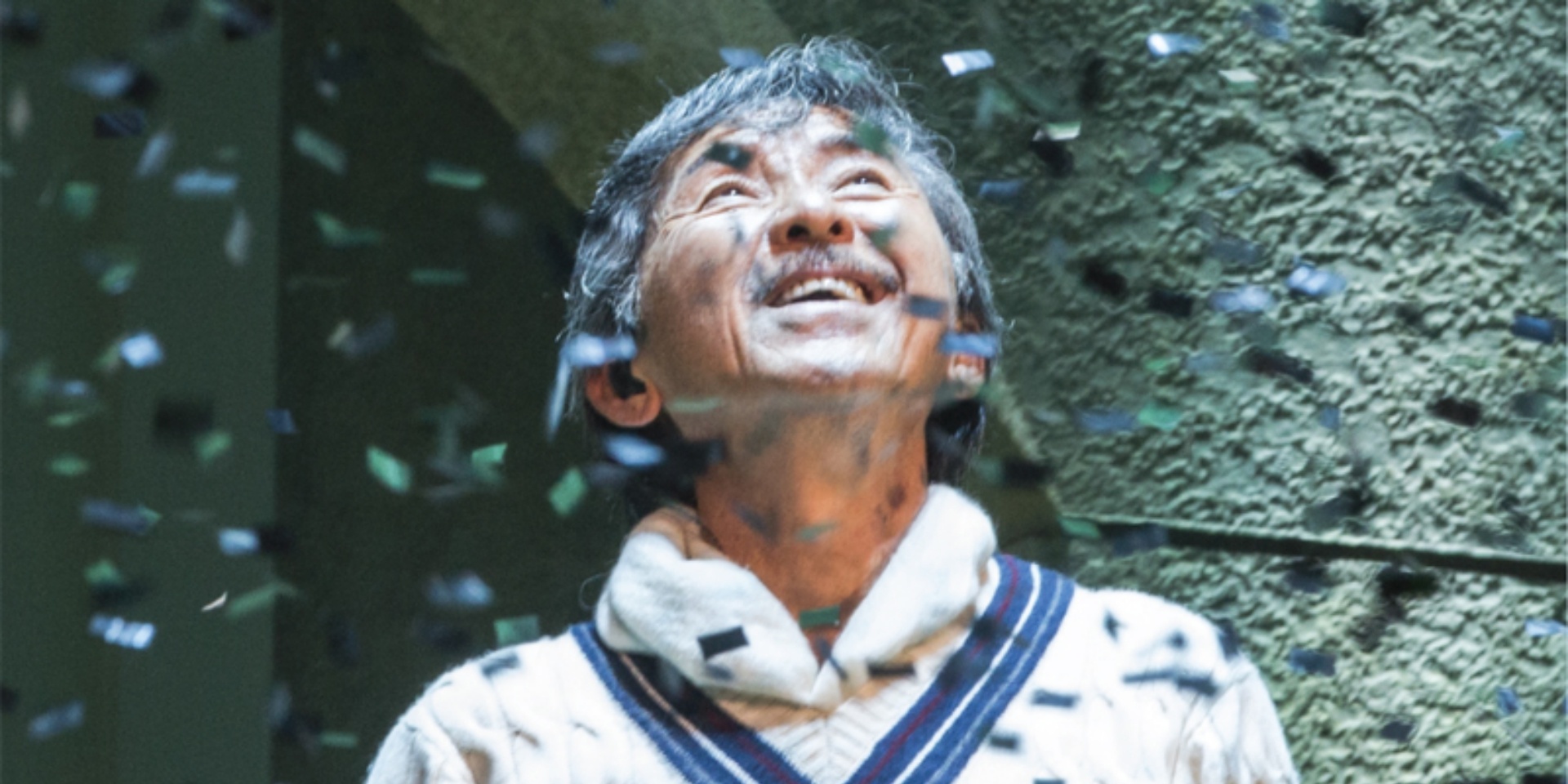 George Lam's The Smiling Concert has been postponed to 4 July 2020 due to the DORSCON advisory on the COVID-19 coronavirus. The veteran singer was slated to perform at Resorts World Convention Centre, Resorts World Ballroom on 28 March 2020. 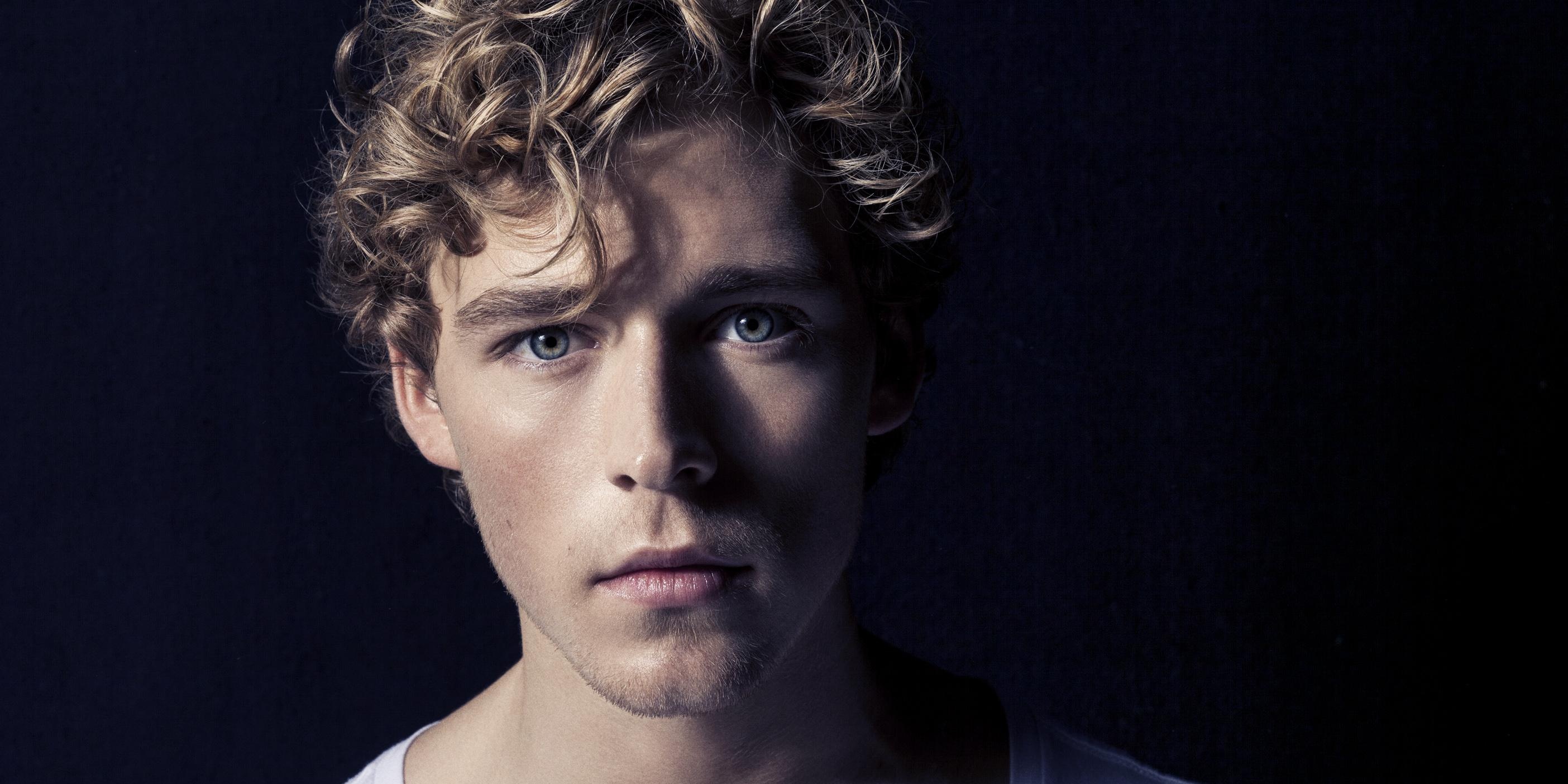 Danish singer-songwriter Christopher was set to make his Singapore debut this March. However, due to the evolving COVID-19 (Coronavirus Disease 2019) situation, he has cancelled his performance on 29 Mar 2020. The artist sends his regrets and hopes to reschedule the performance in the near future. All patrons who purchased tickets for the performance will receive an email with details on full refunds soon. 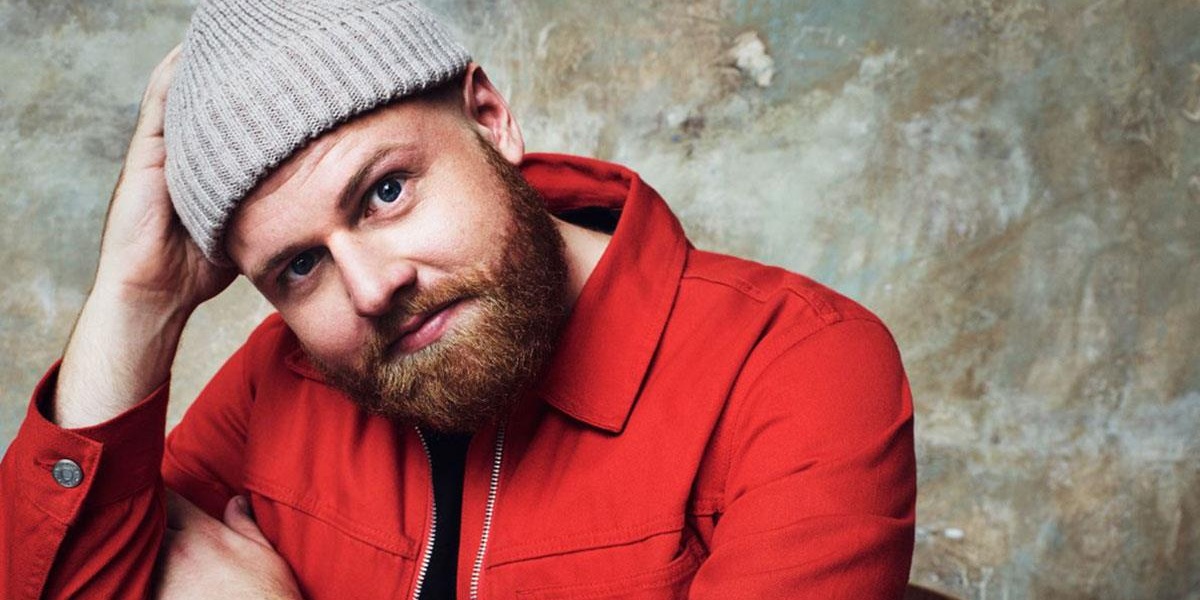 Concert promoter Live Nation took to Facebook to announce the cancellation, explaining: "In light of recent events, we regret to announce the cancellation of Tom Walker ‘What A Time To be Alive Tour 2020’ Live in Singapore on March 29, 2020 at SCAPE The Ground Theatre." Customers who purchased tickets will receive full refunds, which will be automatically credited to the same credit card used for the transaction."

In light of the concerns surrounding the current COVID-19 situation, Hydeout will be postponed to this October. The new festival dates are 9, 10, 16 and 17 October, and it will continue to take place at The Meadow, Gardens by the Bay. 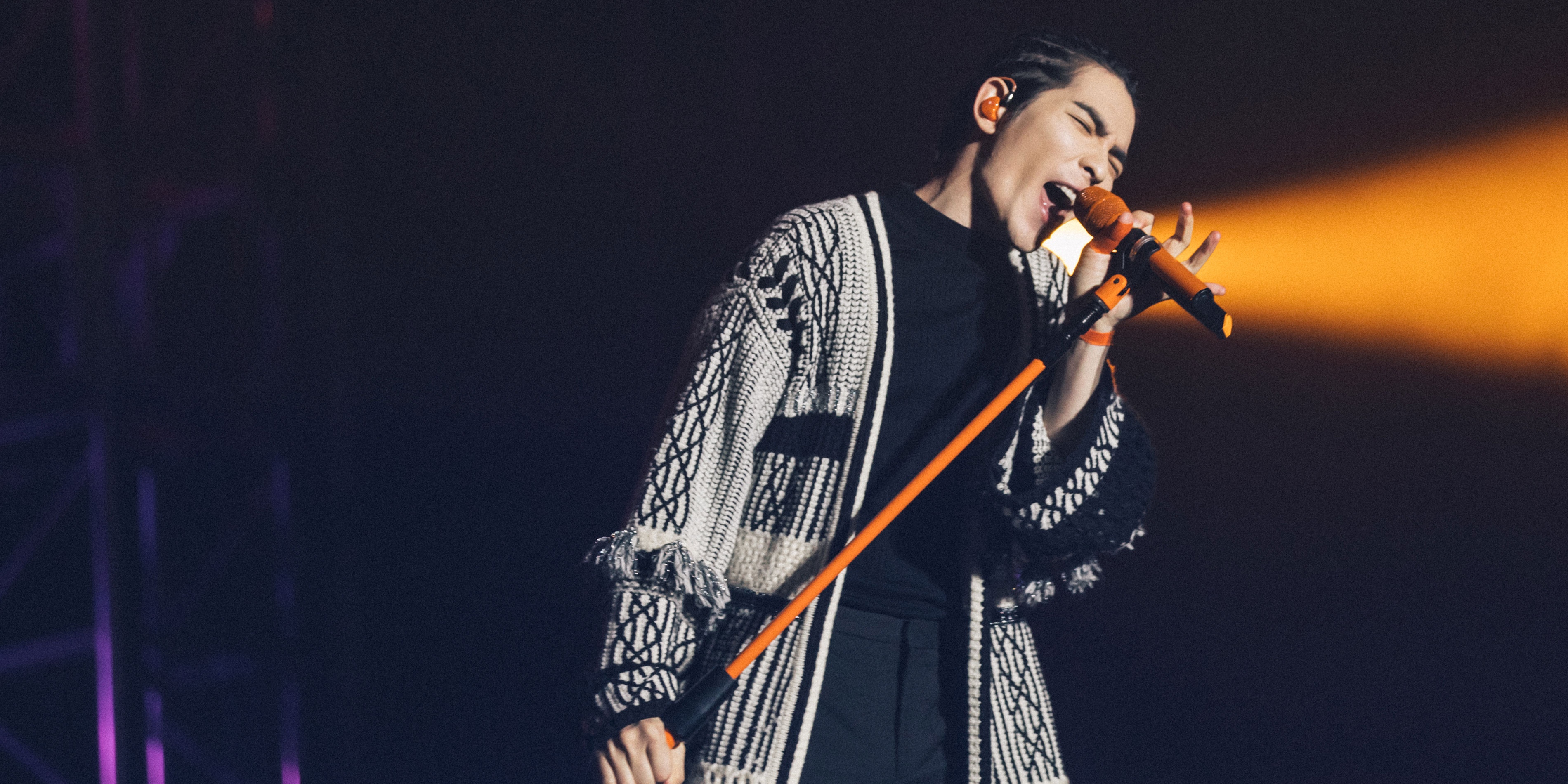 Jam Hsiao's 2020 World Tour Encore in Singapore has been cancelled due to COVID-19 proliferation concerns. He was slated to kick off his Mr Entertainment tour at the Singapore Indoor Stadium on 18 April 2020. According to Live Nation, customers who have purchased tickets will receive full refund through the original mode of payment.

Renowned R&B group 98 Degrees has postponed its upcoming Asia tour. The tour was scheduled to kick off in the Philippines, before performing a one-night-only show in Singapore. The tour is confirmed to be postponed due to the ongoing novel coronavirus outbreak. 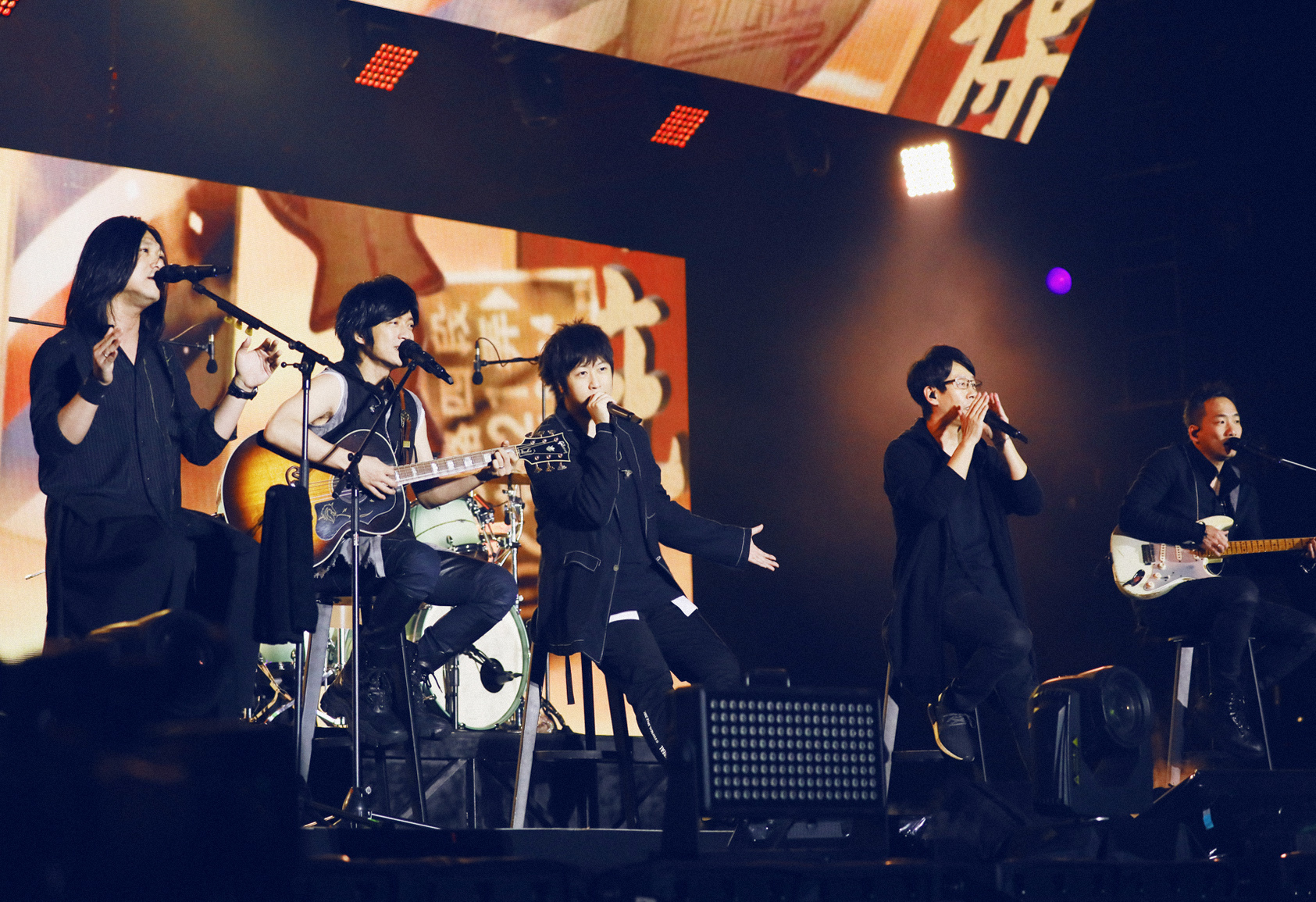 Taiwanese pop-rock superstars Mayday has rescheduled their Just Rock It!!! BLUE Singapore tour to Saturday, 27 February 2021 in view of COVID-19 measures. The venue will still remain at the National Stadium and ticket holders will be honoured entry for the new date. To buy tickets for the rescheduled concert or to refund your tickets, head over to the APACTix website for more details. 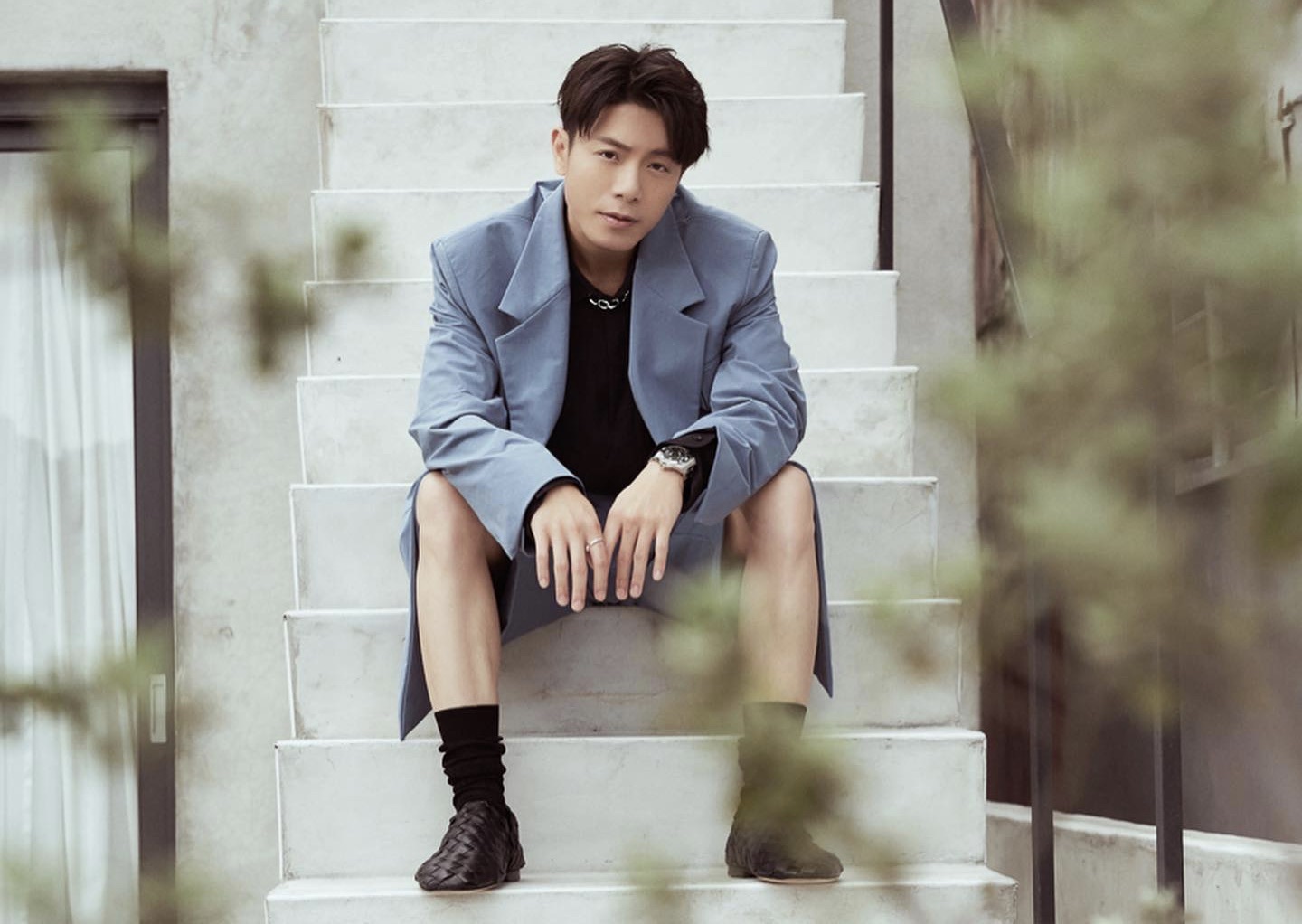 Taiwanese folk-rock singer Wei Li-an (韦礼安), also known as WeiBird, will postpone his Singapore tour to 2021 due to ongoing safety and travel concerns surrounding COVID-19. WeiBird's 'At Thirty' World Tour has been rescheduled to 6 March, with the venues remaining at the Sands Expo and Convention Centre from 7:30PM.

All tickets purchased through authorised ticketing platforms will be valid for the new concert dates next year. For inquiries on ticket refunds, please contact the respective ticketing platforms by 27 July 2020 or direct your questions to ticketing.sg@imclive-global.com.