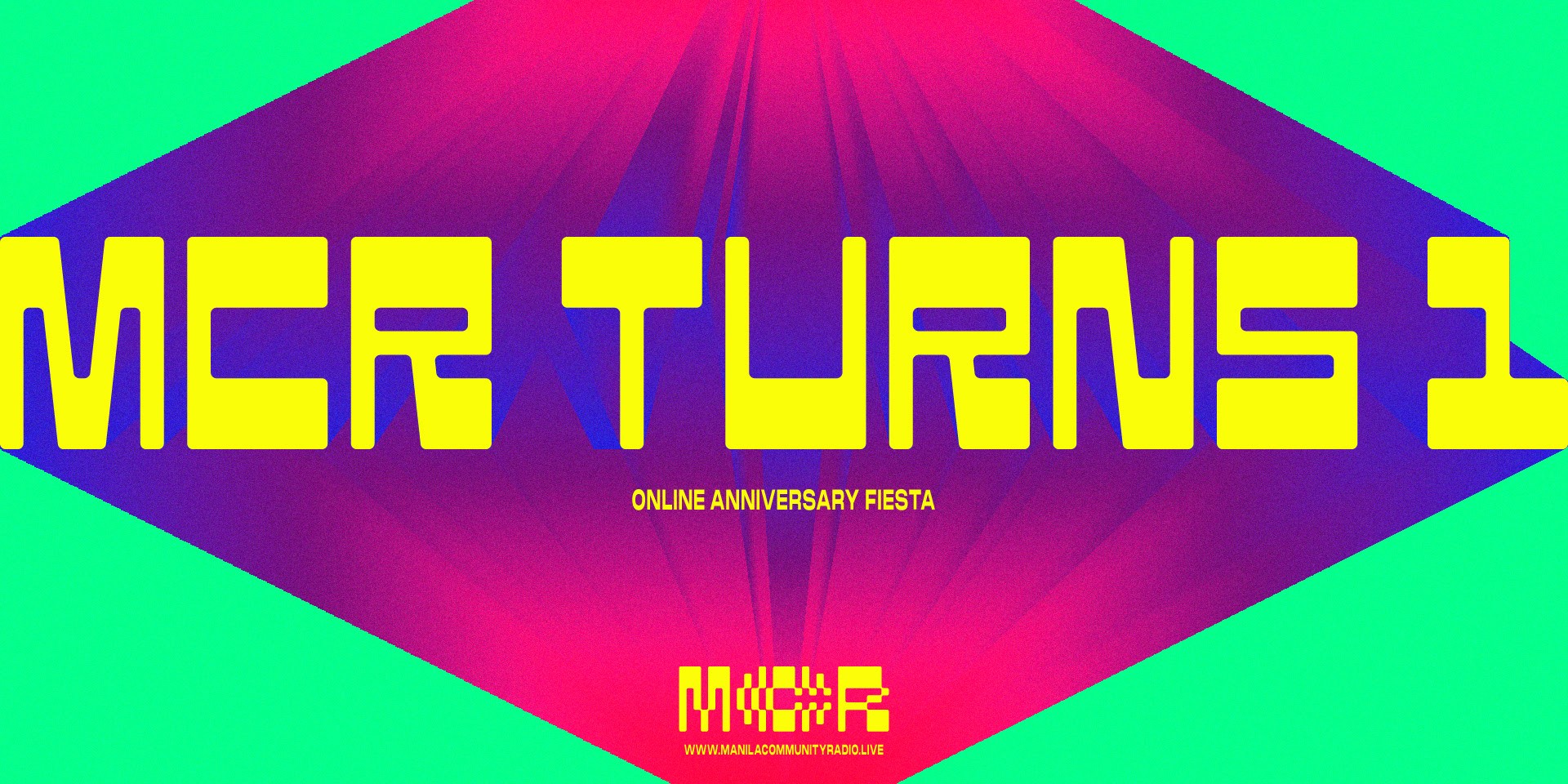 Manila Community Radio is turning one.

To celebrate its first year of streaming music through the airwaves, the non-profit independent platform and volunteer-run station will he holding its anniversary event fiesta this July 31 (Saturday) and August 8 (Sunday) via its official website.

1 year of MCR, 2 weekends of festivities! We’re bringing our party to wherever you are – just tune in at https://t.co/xp1gWNzAZD!
MCR at 1: Online Anniversary Fiesta
July 31 & August 8 pic.twitter.com/tGEYUtUbDf

Building bridges and a platform for all since July 2020.

MCR's story goes back to July 8, 2020 in an effort to advocate diversity and visibility for underrepresented communities. It has since racked over 1,000 hours on air and staged over 670 shows from more than 300 hosts.

"MCR sincerely wants to embrace free expression – not only artistically, but also for minorities,” co-founder Jeric Lim shares in a statement. “A lot of clubs which used to be safe spaces for the LGBTQIA+ artists closed down due to the pandemic. We want to build something like those sanctuaries, if not to substitute the physical spaces entirely.”

“There’s still quite some distance between where we are currently and where we want to be eventually,” co-founder Matt San Pedro says. “This involves website integrations and improvements to just deliver a better listening experience altogether, plus much-needed support systems in place to help our broadcasters with their shows.” Along with its ongoing Patreon subscriptions, Manila Community Radio is also launching a one-time donation platform on its site, where proceeds will go to the station's upkeep and help amplify unheard voices reach audiences globally.

“When we started MCR, we always thought of creating bridges between us and our neighbors. Now, we’re further looking into more diverse and collaborative programs,” says co-founder and programming lead Jorge Wieneke V. “We believe that there are more voices to hear from and more signals to spread. We’d love to expand the formats and have the chance to experiment even further with how else we can expand the platform.”