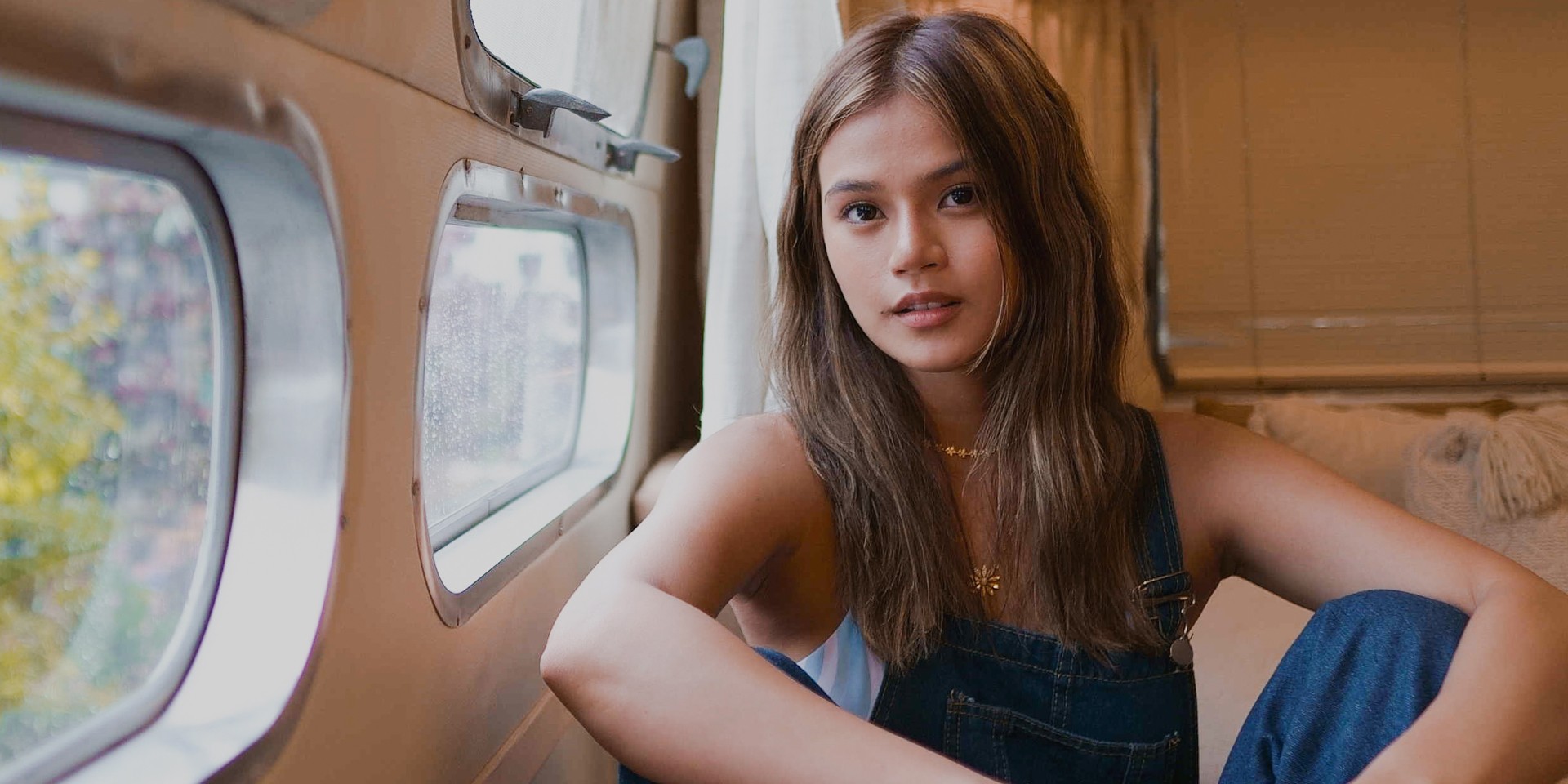 Maris Racal is all smiles.

Even though she'd been busy the whole day working on promo, the Filipina singer and actress still exudes with a sweet and carefree energy that reminds people that they shouldn't take life too seriously. She's filled to the brim with excitement over her latest offering, 'Asa Naman', a track written in Tagalog and Bisaya. It's amassed nearly one million views since its release earlier this month and it's clear things won't be slowing down anytime soon.

Bandwagon spoke with Maris Racal to talk about writing 'Asa Naman' with producer Rico Blanco, her songwriting process, and thoughts about being a world-famous meme.

Tell us about 'Asa Naman', how you came up with the track, and your decision to make it a mix of Tagalog and Bisaya.

Actually it all started when Rico [Blanco] encouraged me to write or release a Bisaya song. Back then wala pa akong confidence to write a Bisaya song, kasi in my head, lagi akong nagsusulat ng Tagalog or English. It took a while.

'Asa Naman' has a bit more of a pop-rock vibe compared to 'Ate Sandali', but you can still tell it's from the same artist. Do you plan on expanding more from that sound?

Speaking of your songwriting process, can you share a little bit about it?

What do you hope people will take away from your music?

All of my songs have different messages and meanings. Kung ano man yung meaning nun, sana ma-inspire sila by it and ma-enjoy nila.

Personally when I listen to my favorite songs, even the old ones, it takes me somewhere else. For example whenever I'm feeling hopeless, there's this one song na lagi kong pinapakinggan. And when I listen to it, it takes me to a place na I'm living in this world where parang lahat na nangyayari, nangyayari yung mga gusto ko. Achievements ko. After that session, I feel so inspired. There's this surge of possibility, and I want them to feel that when they listen to my songs.

Well, there are a lot! As an artista, there are moments kasi na gusto kong mapunta sa place na heartbroken ako—hindi ako heartbroken at the moment. There's this song, 'Dreaming with a Broken Heart' by John Mayer. Whenever I listen to that song, it takes me somewhere na parang nalulungkot ako o nahaheartbroken ako. It usually reminds me of the times na I felt so heartbroken, sobrang alam mo talaga na sira yung mundo. It takes me to that feeling, from there I'm able to act.

So, you really emote to the music you listen to.

Being under the spotlight, what other outlets do you enjoy spending your time with to help you grow creatively?

Speaking of TikTok, how do you feel about being a meme?

Oh my gosh (laughs)! I don't know what to feel about being a meme. It's funny, kasi kasalanan ko rin naman siya. Ginawa ko rin siya sa sarili ko. I post videos para maging meme, so sinasadya ko siya, which is so funny. And nakakatuwa kapag ibang bansa na yung gumagamit. Parang nagiging worldwide meme na ako, which is a huge achievement so far (laughs). Yun palang yung global achievement ko as of the moment. I'm very proud. It's a very silly way to be recognized. It's funny and cute!