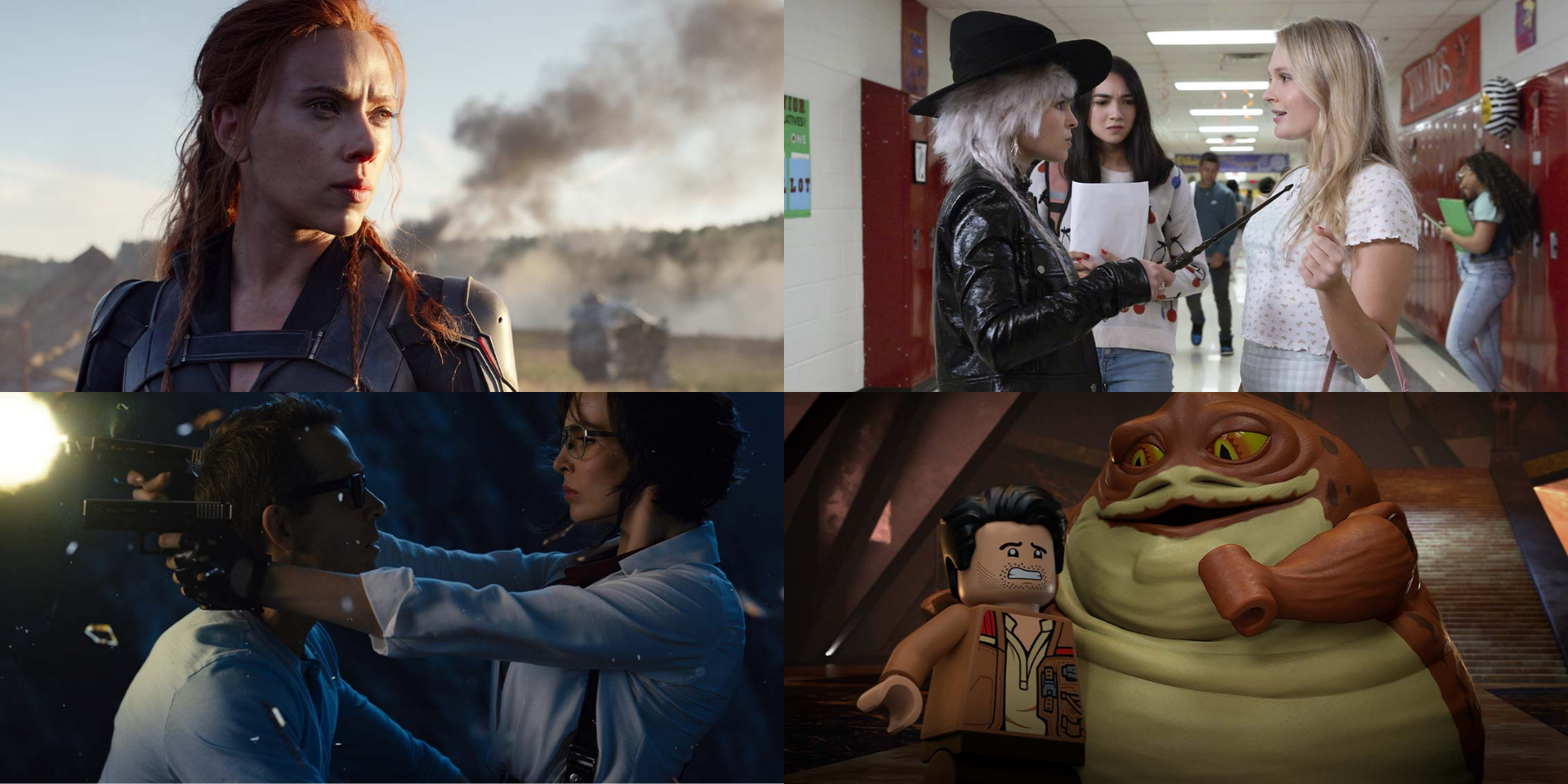 October is here, which means a whole new list of movies and shows to catch on Disney+!

This month's additions include new and familiar spooky favorites for the Halloween season – from Disney+'s latest original horror series Just Beyond to the newest Lego Star Wars film. October also sees the finale episodes of ongoing shows such as Only Murders in the Building and Marvel's What If...?. Other noteworthy titles include Black Widow, Free Guy, and many more.

Check out the shows you can add to your binge-watch list this October!

Only Murders in the Building Singer-actress Selena Gomez makes her return to acting in this Star original series also starring Steve Martin and Martin Short. The series revolves around three neighbors in New York who get to know each other through their love for true crime. After a murder happens in their apartment building, the trio sets out to find the murderer only to get entangled in a web of lies, suspicion, and fear. Just in time for the spooky season, Star Wars fans can look forward to an all-new Lego Star Wars film. Characters Poe Dameron and BB-8 are the stars of the movie, having landed on planet Mustafar. They meet Darth Vader's servant Vaneé, who relays three different creepy tales to the duo. This 2021 sci-fi comedy film is finally coming to Disney+! Ryan Reynolds plays Guy, a bank teller who comes to a shocking realization – he is actually nothing but a character in a video game. After becoming aware of the truth, he attempts to take charge of his own actions and decisions in order to take control of his life. The film also features cameos from popular gamers such as Ninja and Pokimane. Witches, ghosts, and all things supernatural come alive in this eight-episode Disney+ original. Inspired by the graphic novel of the same title, each episode features a different cast with their own unique stories to tell. The star-studded cast includes names like Mckenna Grace and Lexi Underwood. Get ready to be spooked by the different horrifying tales. Ever watched a show and wondered how differently things could have turned out if a character chose to do something different? Marvel's animated series What If...? satisfies that curiosity, showcasing a parallel series of events by reimagining different scenes from the Marvel Cinematic Universe (MCU) Voiced by the MCU actors themselves, don't miss the finale episode of this raved-about series. The long-awaited Avengers film Black Widow will finally be available for streaming on Disney+ this month. After the heroine's death in the blockbuster film Avengers Endgame, this movie tells the backstory of the mysterious Black Widow as she goes on the run. Scarlett Johansson reprises her role as Black Widow, with the film also starring Florence Pugh and David Harbour.