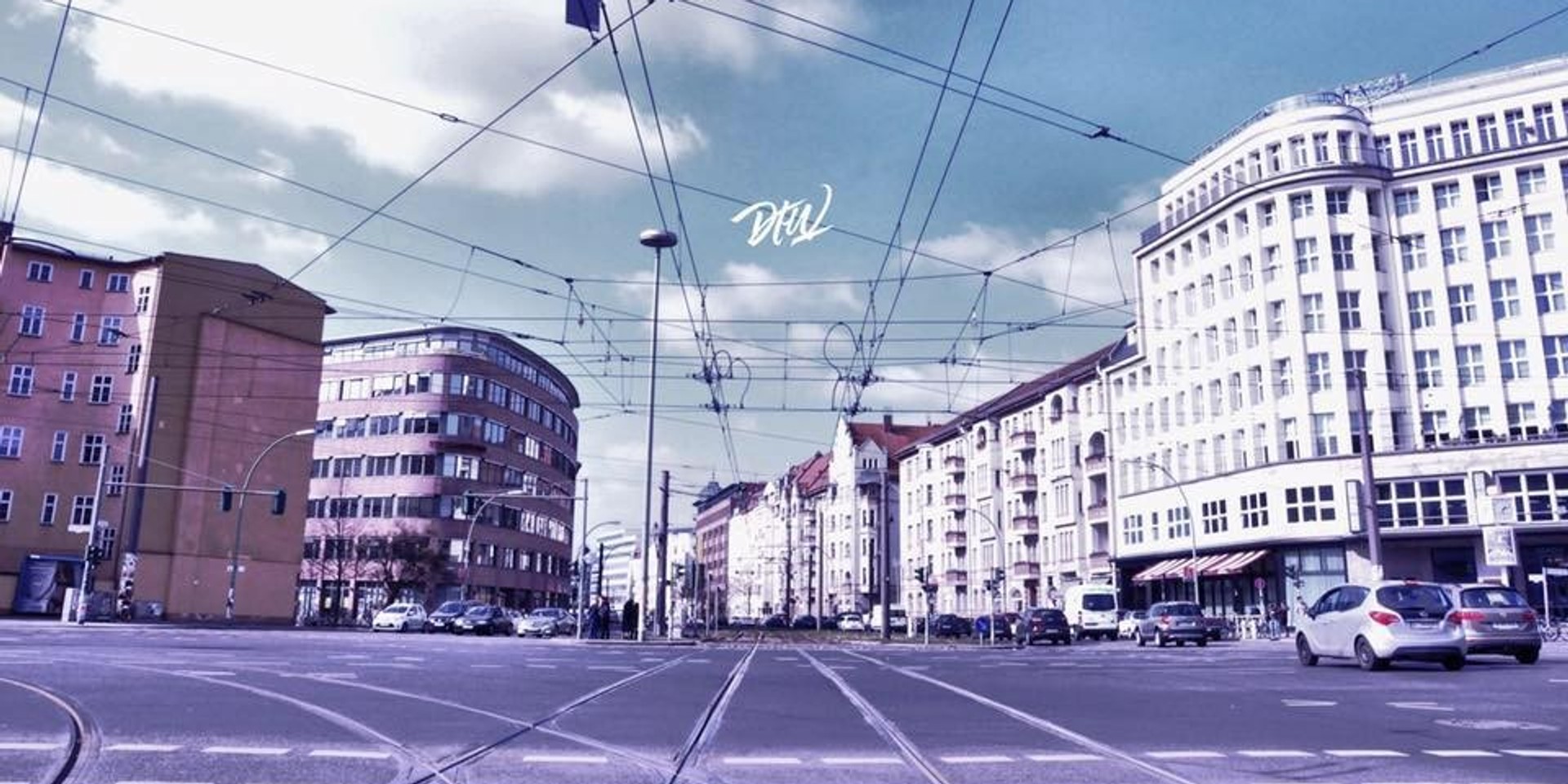 As far as Singaporean record labels go, few have managed to cultivate the reach and following that electronic imprint Darker Than Wax (DTW) has carefully garnered internationally. And even fewer would have the ambition to go even further.

With a formidable roster spread out across Asia, Europe, Oceania and North America, its not only important for DTW to maintain a worldwide online presence via social media channels or release platforms such as Bandcamp and SoundCloud - the collective also understands the immense value in reinforcing real-life relationships.

There is only so much that can be done via e-mail after all. Which is why over the last few years, DTW have been incredibly busy booking flights. Sometimes personal connections are made when they bring down their overseas stable to play in Singaporean showcases, at venues ranging from kyo to Koi Izakaya. But sometimes, that also entails the home crew packing up and touring as well.

In 2015 alone, the DTW core managed to travel to countries like Australia, the United States, Holland, Indonesia and even Brazil for multiple high-profile gigs. And as they've learnt from those fulfilling trips, not only can pre-existing partnerships be strengthened - new friends and fresh connections can be formed beyond our borders as well. 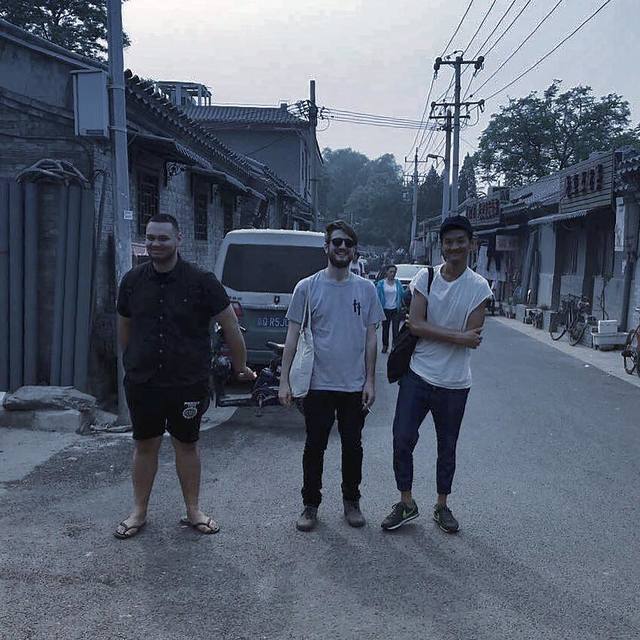 Darker Than Wax have kept that global, #wemove mindset going strong into 2016, with key members recently traveling into the United Kingdom and mainland China to play shows and build bridges. We talked to two of their globetrotters in Dean Chew aka Funk Bast*rd and Jordan Glick aka William J to find out what learnt from their latest excursions.

How did the 2016 tours in Europe and China come together? And why did you feel the need to travel to these specific territories?

Funk B*stard: The tours are a result of the continuous conversations between us and the various like-minded communities and promoters for the past few years. I think it’s also a lot to do with timing, and making sure that DTW harnesses a robust fanbase. That gave us the confidence to start pushing the movement beyond our shores.

For Europe, it was a very natural choice because statistically, there is a huge pool of our listeners based there. China is a huge emerging market for electronic music, and thanks to a few protagonists like Howie Lee, its youth is gaining a huge interest in different sounds, and I see it as a window for DTW to reach out and connect.

William J: It was a bit of whirlwind, but it made me fall in love with China all over again. Most importantly, it was incredibly inspiring to see the dedication and drive of the artists out there to build something real. There’s a lot of talk lately about Asia as a whole being on the come-up musically, but seeing the wealth of talent in Shanghai and Beijing really cemented the idea in my mind.

FB: Intense, rewarding and humbling. Connecting with people who actually knew by heart what DTW is, and coming up individually to say that it has changed their lives for the better is an extremely powerful thing. That’s when you know you are engaging yourself on a communal level. 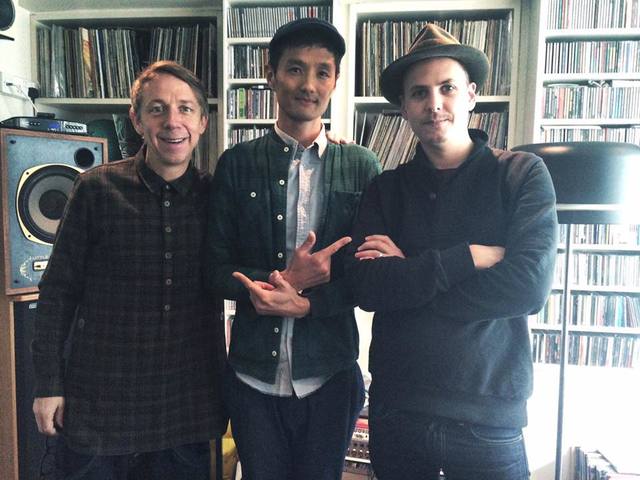 Funk Bast*rd with Gilles Peterson at the Brownswood Basement

Could you maybe relate to us a couple of particularly memorable moments or events? Looking back, what sticks out to you the most?

FB: Personally for me, the highlight was being invited for a two hour guest mix for Gilles Peterson’s Worldwide FM at the legendary Brownswood Basement. It felt so surreal to be in that space, and soaking up all that vibe. On the tour level, Manchester was amazing. I have always heard about the spirit of Mancunians and their engagement with music, but to experience it first hand was another thing altogether. They just wanted more!

WJ: Probably getting lost in a taxi after Boiler Room Beijing. We used the hotel key-card to give the driver directions, but only about 40 minutes into the ride we realized that our hotel had recycled a key-card from a completely different hotel in the opposite side of town. Turned out to be a great thing though, as we got to experience the eerie, smoggy beauty of Beijing at night with hardly any cars on the road.

WJ: We were so lucky to be hosted by our favourite labels and collectives in both cities we visited - SVBKVLT in Shanghai and Do Hits in Beijing. Dean and I had played with SVBKVLT back in 2013, but it was great to solidify the relationship and meet some of their newer artists.

Although Dean had been in contact with Howie Lee of Do Hits for several years, this was our first time meeting in person, and the connection was instant. Howie (and the whole Do Hits crew) have been garnering a lot of attention lately, and it was amazing to see what they have built and to learn their perspectives on music. Although SVBKVLT’s output is a bit more in line with my personal preferences, it was amazing to see that Do Hits have created a sound and movement that is unique and fiercely Chinese, yet still relatable to audiences around the globe.

Aside from our hosts, it was really great for me to get to know Troy Samuela better, as I’d only met him briefly the past times he’d been to Singapore. One of the most talented producers I know, and an amazingly kind and humble guy to boot.

FB: Bonding with my DTW artists was the most important thing.

There were too many to be honest, but I really had a nice moment connecting with Howie Lee and the Do Hits crew. Being able to converse in proper Mandarin with them brought us closer together, but more importantly, Howie’s vision and mine are pretty much the same – we both see our platforms as a way to bring this idea of ‘Asian pride’ further.

How did the crowds in these foreign venues receive you?

WJ: Beyond my wildest expectations. Shelter was just as amazing as I remember it, and the Dada Beijing night is up there in my top 5 favourite gigs I’ve played ever. Most importantly, the crowds were dominantly local with very few expats.

FB: Overall, it was met with genuine enthusiasm and excitement. The people who came for the shows really know what DTW is about. 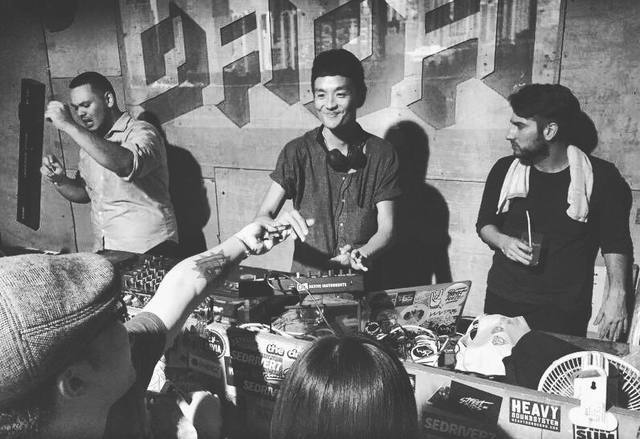 "Its been incredibly humbling to travel and meet people who genuinely respect what we do, and just meeting a single person who is a fan of the label means so much more than thousands of plays on a SoundCloud track. This trip to China has solidified the idea that we are building something real, and the only way forward is to continue to travel and show others (and ourselves) that we exist in physical space and not just cyber space." - William J

You’ve been on some killer line-ups in China. Who impressed you and who should we be looking out for?

WJ: Honestly, everybody we played with was top notch. In Shanghai, Damacha and Swimful are great producers, and Howell (Gaz from SVBKVLT) is an insane DJ and all around scene legend. In Beijing, our supporting acts from the Do Hits crew Zhi 16, Jason Hou, Dokedo, and Howie Lee absolutely killed it.

Aside from the homies we played with, some stand outs from the Chinese scene would be Kai Luen (SVBKVLT), Guzz (Do Hits), and of course Cha Cha (SVBKVLT).

The label is Singapore-based but the Darker Than Wax presence has spread far across the world. The Internet obviously plays a part, but touring is also beneficial. How has touring in 2016 and previous years helped build Darker Than Wax?

WJ: We have a large SoundCloud following, and looking at the stats we can see people all over the world listening to our music. However, something about seeing numbers on a screen doesn’t connect with reality. Its been incredibly humbling to travel and meet people who genuinely respect what we do, and just meeting a single person who is a fan of the label means so much more than thousands of plays on a SoundCloud track. This trip to China has solidified the idea that we are building something real, and the only way forward is to continue to travel and show others (and ourselves) that we exist in physical space and not just cyber space.

FB: It has helped to strengthen our networks, the core values and our working culture. But most importantly, the label is real now.

And on a personal level, as a Singapore-based artist, has Darker Than Wax impacted your visibility in the Asian market and beyond?

WJ: Without a doubt! Joining Darker Than Wax back in 2012 put my life on a very different path, and I’m ever grateful for the love, support, and opportunities that I’ve received since. Out to the DTW crew, you guys are my family and I love you all, you know who you are.

Are there any more tours planned later in the year? And if so, could you fill us in?

We are currently working on a second tour in Europe later this year to tie in with the launch of our G-shock watch collab. Stay locked!

Darker Than Wax hits New York City this weekend! Stay updated with events and releases via their official website or on Facebook.