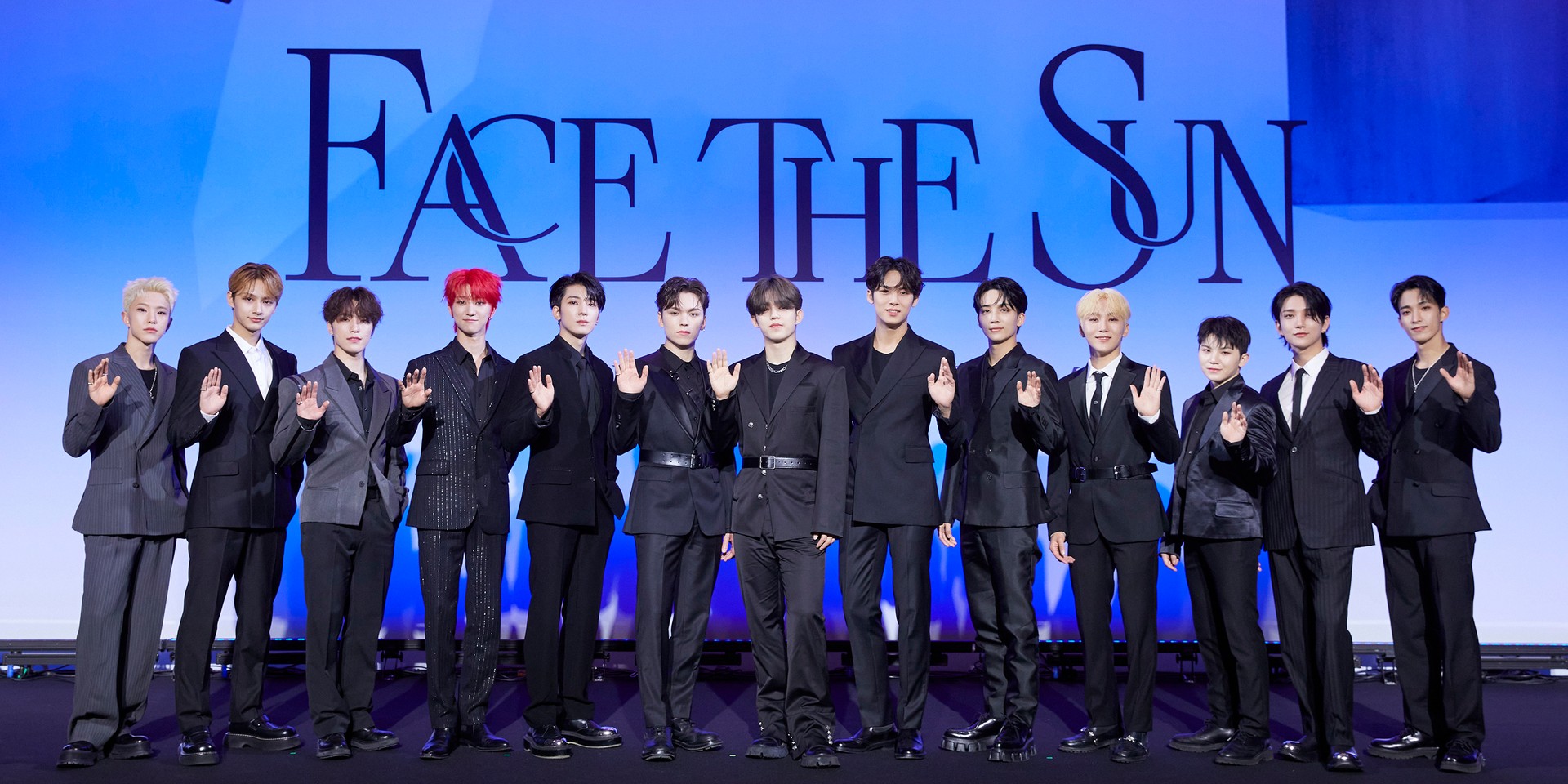 Much like their previous releases, the members of SEVENTEEN had a hand in producing and writing Face The Sun. Described to represent their ambitions to be the best, the record is a collection of their personal stories and struggles as they face their challenges and struggles head-on.

"Our album contains our sentiments and emotions through our music. We might all have worries in our hearts, represented by the shadow, but we can overcome this and emerge stronger. We're determined to take on whatever we may face so this hopeful message is what our album is about. The album is facing our fears inside and making courageous choices," said Woozi in a press conference today (27/05). "We really wanted to convey our own story in our album. We all have different goals but our common goal is to go higher. We recently celebrated our 7th anniversary so we figured it was time to share our struggles honestly. The public and our fans might see us as bright and positive kids but we also go through difficulties and we wanted to share that through this album, said Seungkwan.

"The 'sun' is a being that has a significant impact all over the world, and in this album, we're expressing that's something that we want to come as well. The album shows how we overcome our fears, or our inner shadows, to finally become the 'sun', it describes the process of us trying to be the best," added Vernon.

Face The Sun features 9 tracks, all of which are group songs instead of unit tracks, with the group sharing that they wanted the record to represent SEVENTEEN's complete essence across all aspects.

The album includes the previously released 'Darl+ing', which comes as the first of many English tracks the group plans to release.

"It's important for us to make English songs because of CARATs worldwide. They've always wanted to write an English song so it's finally time we made one. If we find a song that fits English lyrics then we'll make it, so CARATs can look forward to more English songs in the future," said Joshua.

The album also features their title track 'HOT', a powerful track about staying strong despite adversity. "'HOT' is about SEVENTEEN's unique identity, that is our passion. It's about facing the blazing sun head-on and courageously walking down your path. We'd like to share this powerful energy with everyone," said DK.

"We felt that 'HOT' really expressed who SEVENTEEN is right now. When we make SEVENTEEEN's music, we want to send messages that best convey who we are—that's what we try to focus on. With 'HOT', we are at a new starting point and we wanted to share our passionate identity and determination to achieve our goals of becoming like the 'sun'," Woozi added.

"When Woozi first showed us the song, we thought that this was a song that best represented SEVENTEEN's energy as it is right now. We knew right away that this was going to be our focus track and we're really happy with it," shared Joshua.

To celebrate the release of the album, SEVENTEEN are holding an online comeback show tomorrow (28/05) at 7 PM KST via YouTube.

This comes ahead of the group's BE THE SUN world tour, which is set to kick off this June with a two-day concert in Seoul. The tour will also see the 'Rock with you' act perform in cities across North America. November will see the group tour across Asia and Japan.