Taylor Swift just dropped a bomb on her fans with the announcement of her new album Folklore which will feature collaborations with some legendary artists.

"Most of the things I had planned this summer didn't end up happening, but there is something I hadn't planned on that DID happen," said Swift on Twitter. Written and recorded entirely during the pandemic, the news of her 8th studio album was not one she would have predicted ahead of time.

Surprise 🤗 Tonight at midnight I’ll be releasing my 8th studio album, folklore; an entire brand new album of songs I’ve poured all of my whims, dreams, fears, and musings into. Pre-order at https://t.co/zSHpnhUlLb pic.twitter.com/4ZVGy4l23b

We are incredibly proud of the collaborative work @taylorswift13 & @aaron_dessner have created together on her new album ‘folklore’, with orchestrations from @bryce_dessner. We can’t wait for you to hear it! https://t.co/EF2fWoe6jC

Swift also hinted that Bon Iver would be singing in a track with her, hence keeping fans on their toes.

The album will be released on all major streaming platforms tomorrow, 24 July at 11AM (TH/ID Standard Time) or 12PM (SG/PH/MY Standard Time). Swifties are in for a second treat, as Swift announced that the music video of 'cardigan' will also premiere on Youtube on the same day.

On top of that, Swifties can take home a wearable piece of Folklore, with a cardigan inspired by her single "cardigan". 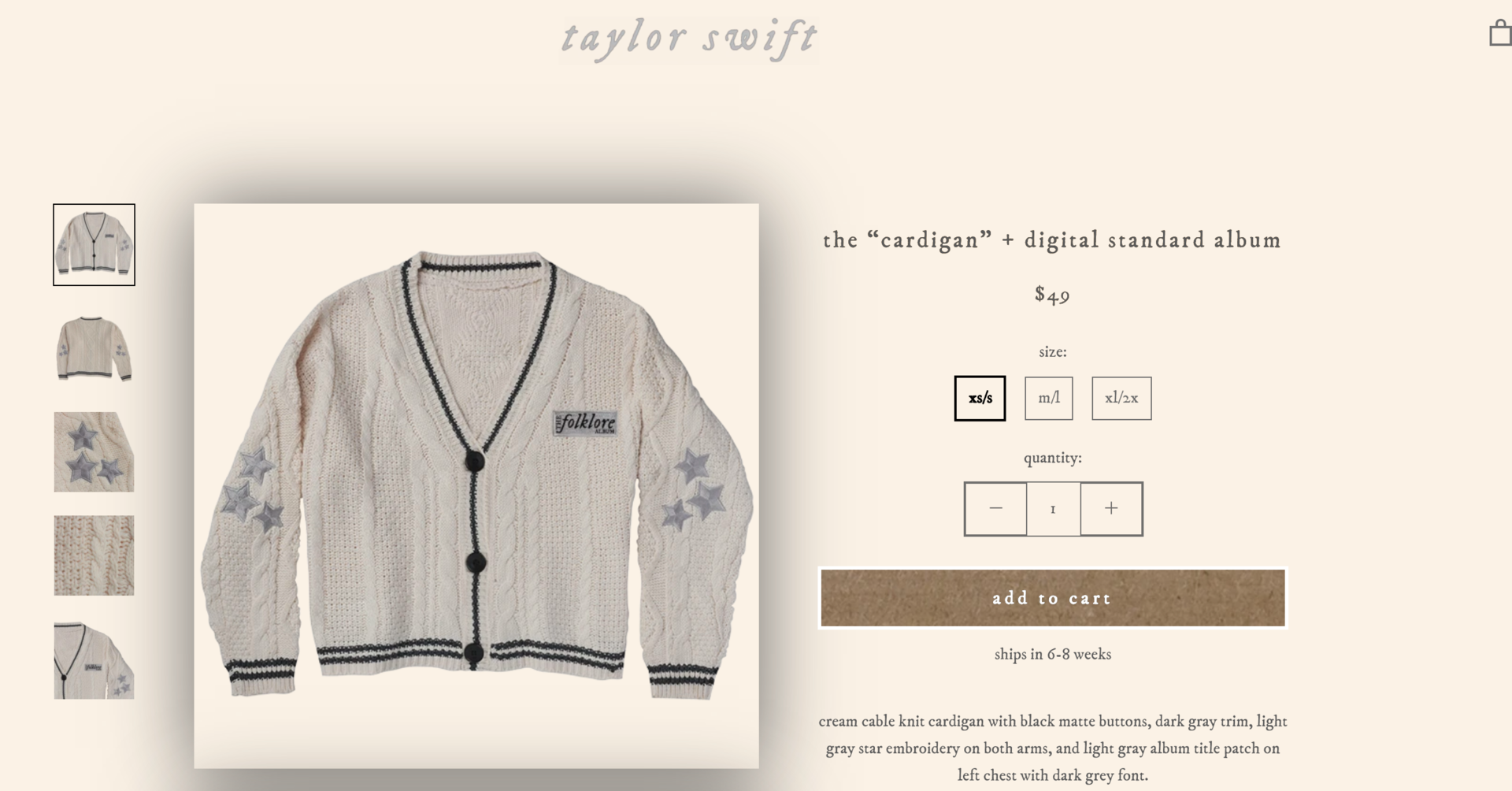 The merchandise shop has also been newly updated with digital standard albums and vinyl with 8 different covers in celebration of her 8th album, pullovers, hoodies, phone covers, and more.

With 16 new tracks and a bonus track in the deluxe edition, the world is in anticipation of the love stories that Swift will tell this time.

folklore will have 16 songs on the standard edition, but the physical deluxe editions will include a bonus track called “the lakes.” Because this is my 8th studio album, I made 8 deluxe CD editions and 8 deluxe vinyl editions that are available for one week😄 Each deluxe edition has unique covers, photos, and artwork. Available exclusively at taylorswift.com

The music video of 'cardigan' is now live: