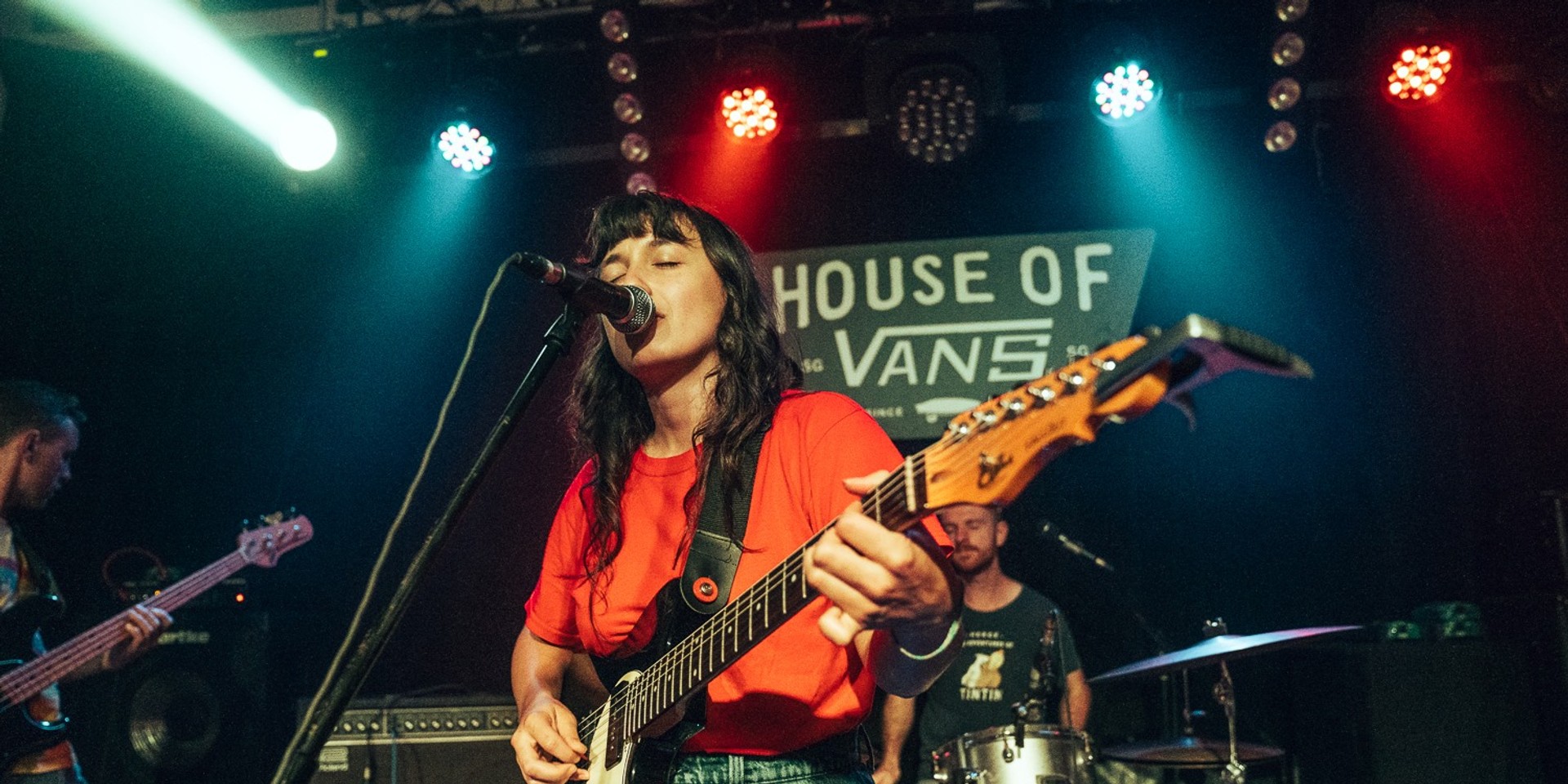 "My brain is screaming", The Beths frontwoman Liz Stokes said early on in her set. But this wasn’t one of those times an out-of-town performer fed some applause-ready crowd-pleasing pablum to the flock gathered to see them. Her deadpan expression belied her sincere gratitude and joy that there was a show in her honour away from her home country of New Zealand.

Indie rock – synth-free, guitar-first indie rock – has always emphasised and basked in the the collective embrace of the scene and in that room at the perennial DIY temple Decline, a veritable scene – members of whom gleefully bought merch before and after the show – had gathered to celebrate hometown opening band BAD DOD and the headliners The Beths. 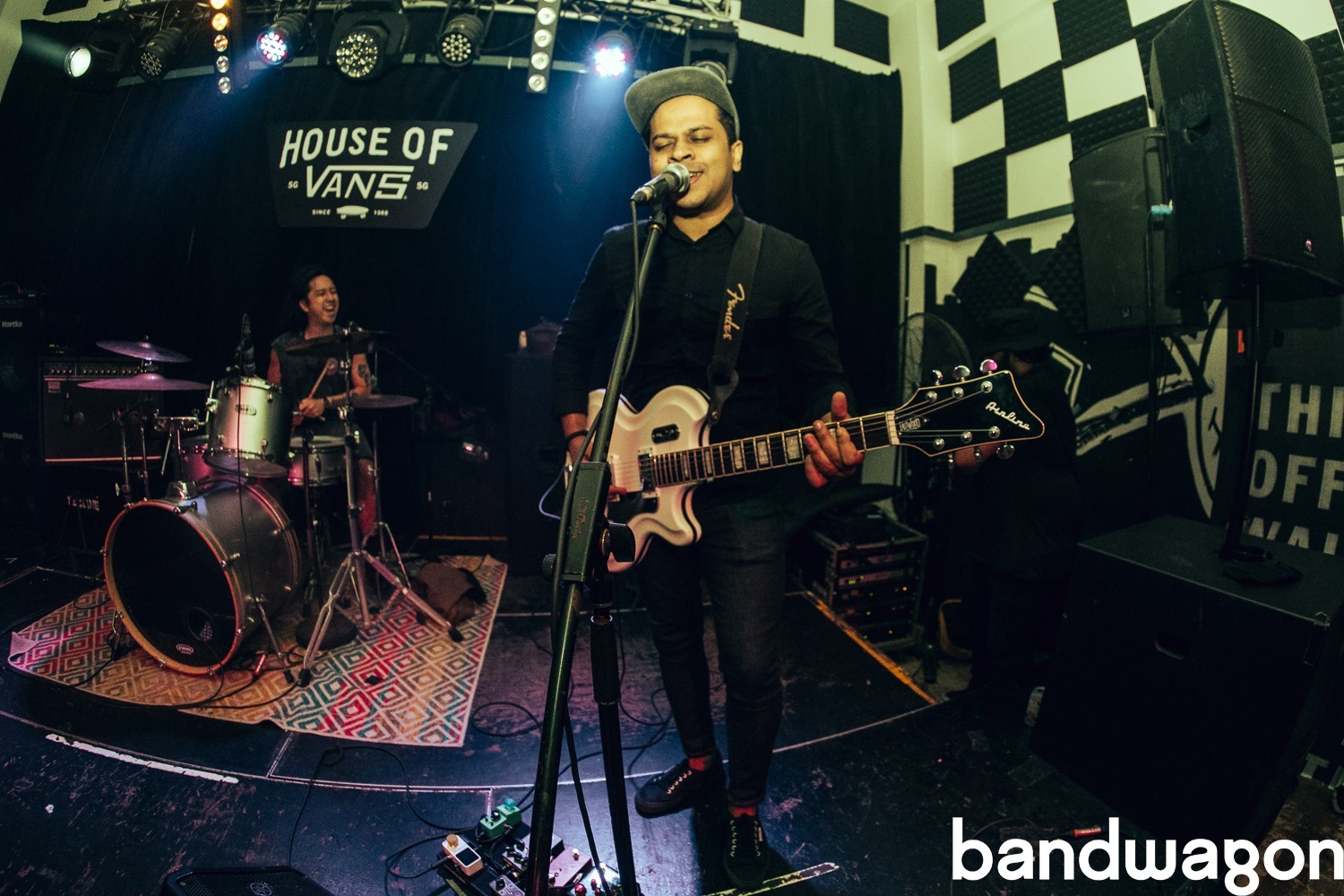 Up first, BAD DOD put on a thoroughly convincing show of why it is one of the most refreshing forces in the local band scene. Longtime friends, frontman-guitarist Prahlad, bassist Terence and drummer William, are committed to high-velocity rock that affirms rawness and emotional honesty as unbreakable religious tenets. Upholding that is the only rule they follow. Other than that, their light-speed, fuzzy and visceral thesis of rock is cosmologically irreverent and occasionally hilarious. 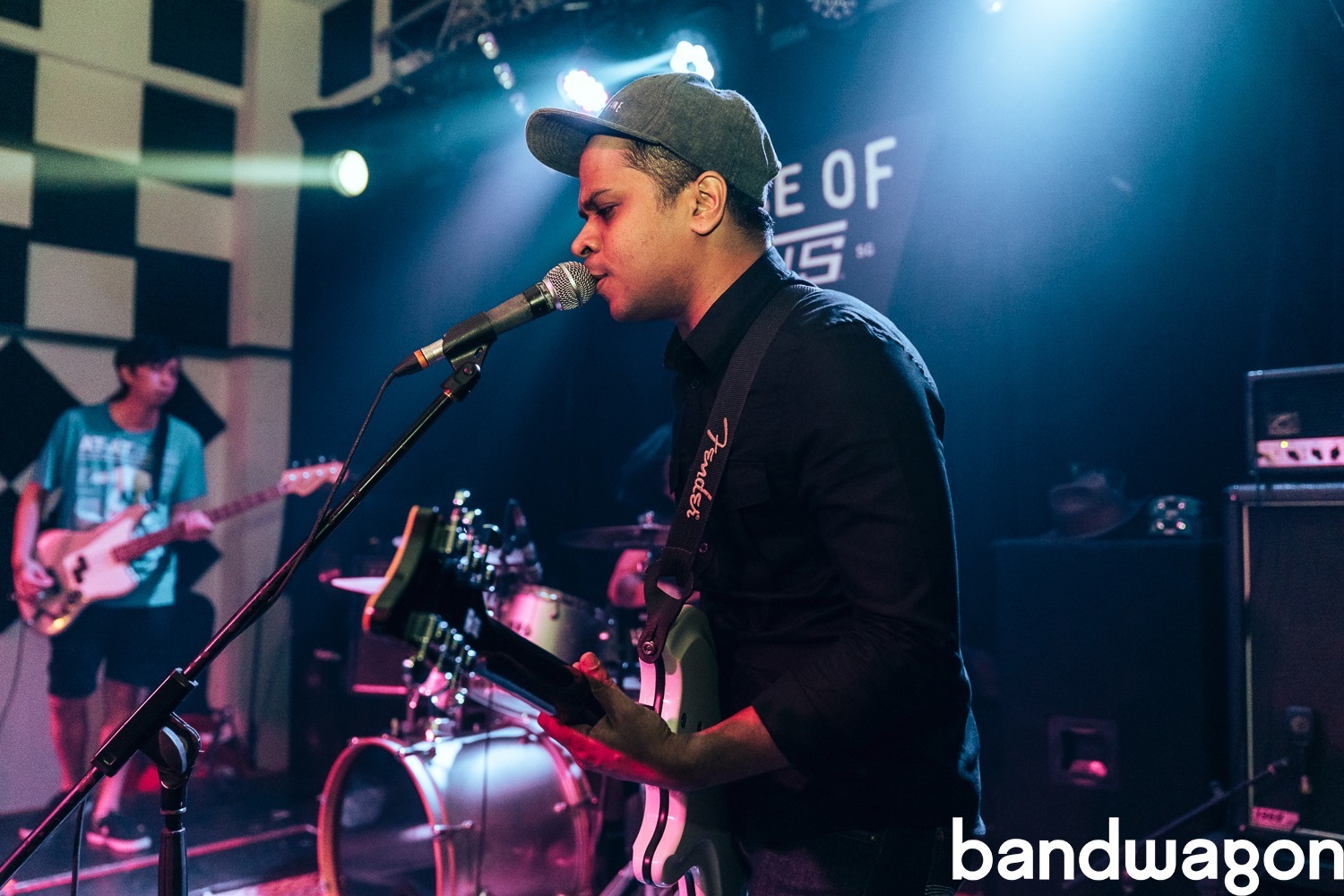 The floor opened as they went from 0-100 in the blink of an eye, song after almighty song. Even people who didn’t seem to know who they were got swept up in their celebratory frenzy – always a reliable indicator of an artist’s impact. There were spontaneous hand-claps and inspired singalongs of the band’s three official singles, ‘Outta My Brain’, ‘Lost an Erection’ and ‘Geezer’ and some intense dancing by those right up front. When they said their thank-yous after 20+ minutes, the sense that the crowd wanted more was palpable.

It was now time for The Beths to do their thing. Watching the foursome collect itself before unspooling their set was an interesting experience. Debuting with a full-length album Future Me Hates Me to high praise from Pitchfork and Rolling Stone, the band has been an upper-echelon proposition from the very outset. Now, they were here. 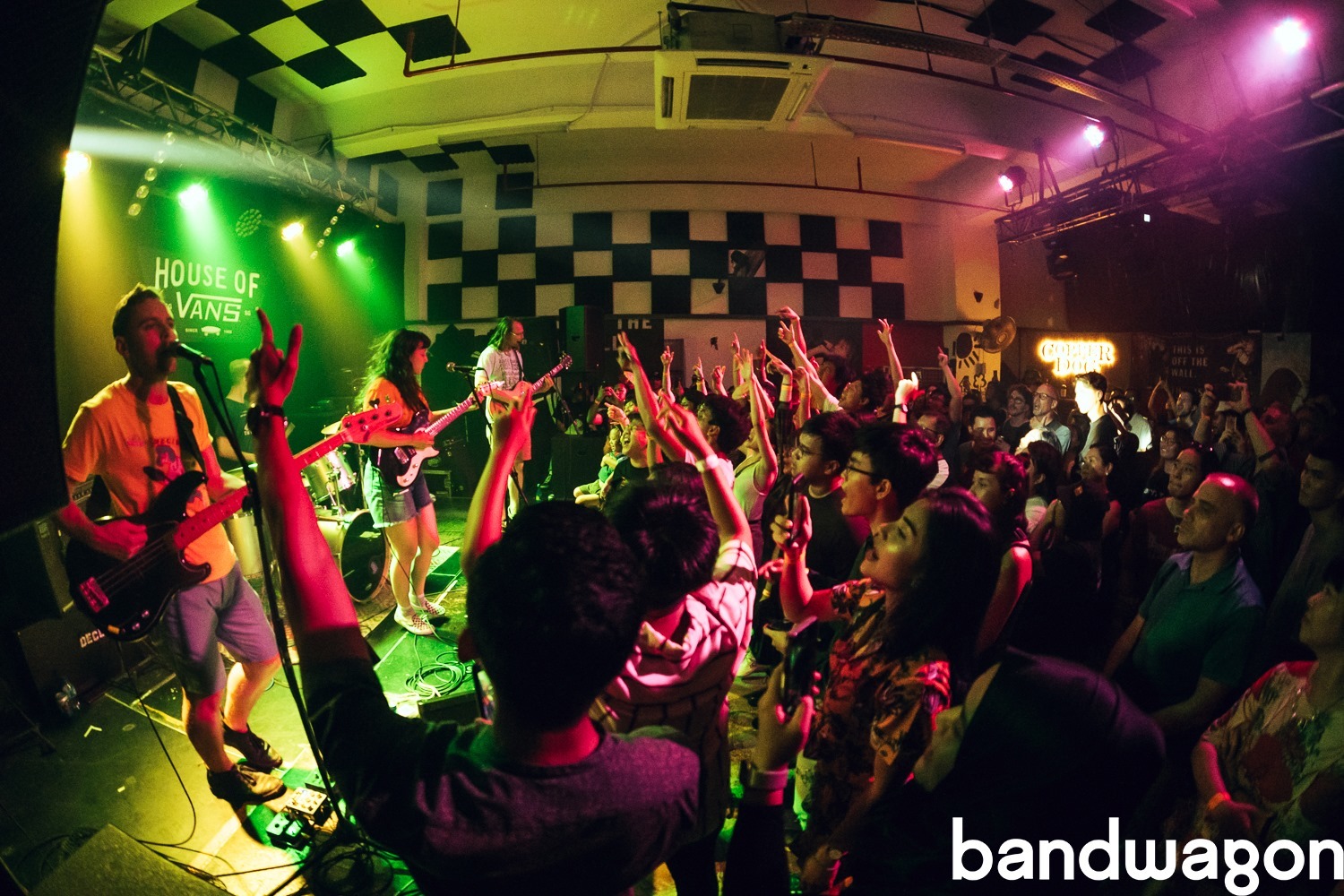 To spirited screams, the band played the opening strains of its single ‘Future Me Hates Me’, and immediately, the room felt smaller as the crowd huddled to feel the vibrations emanating from the stage more. That would be the going for the next hour: Sweaty/sweating bodies mushed together in collective ecstasy as sweet-yet-serrated indie rock filled the space. 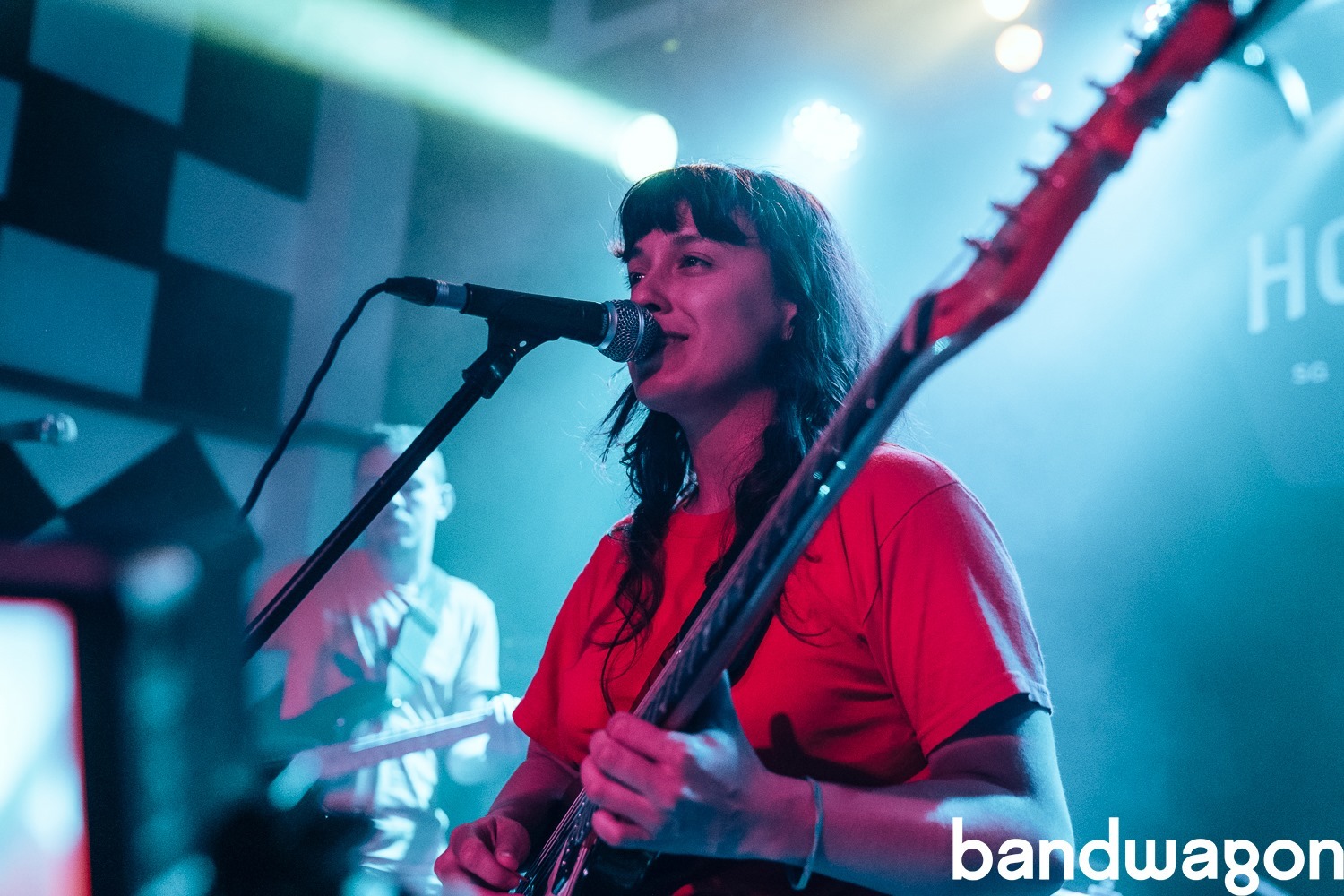 Standing in the midst of the heaving crowd, I had one of those obvious-but-elusive realisations that come to light only in poignant settings. This time around, my presence at this show was undergirded by the understanding that you can dress it up how you want, but music that is sincere and which invites and inspires empathy will always find people to speak to, that it will most definitely resonate with. That’s why folks drove from Malaysia for this gig; that’s why there was a guy here with his dad; that’s why a dad brought his toddler to a DIY space in Geylang. 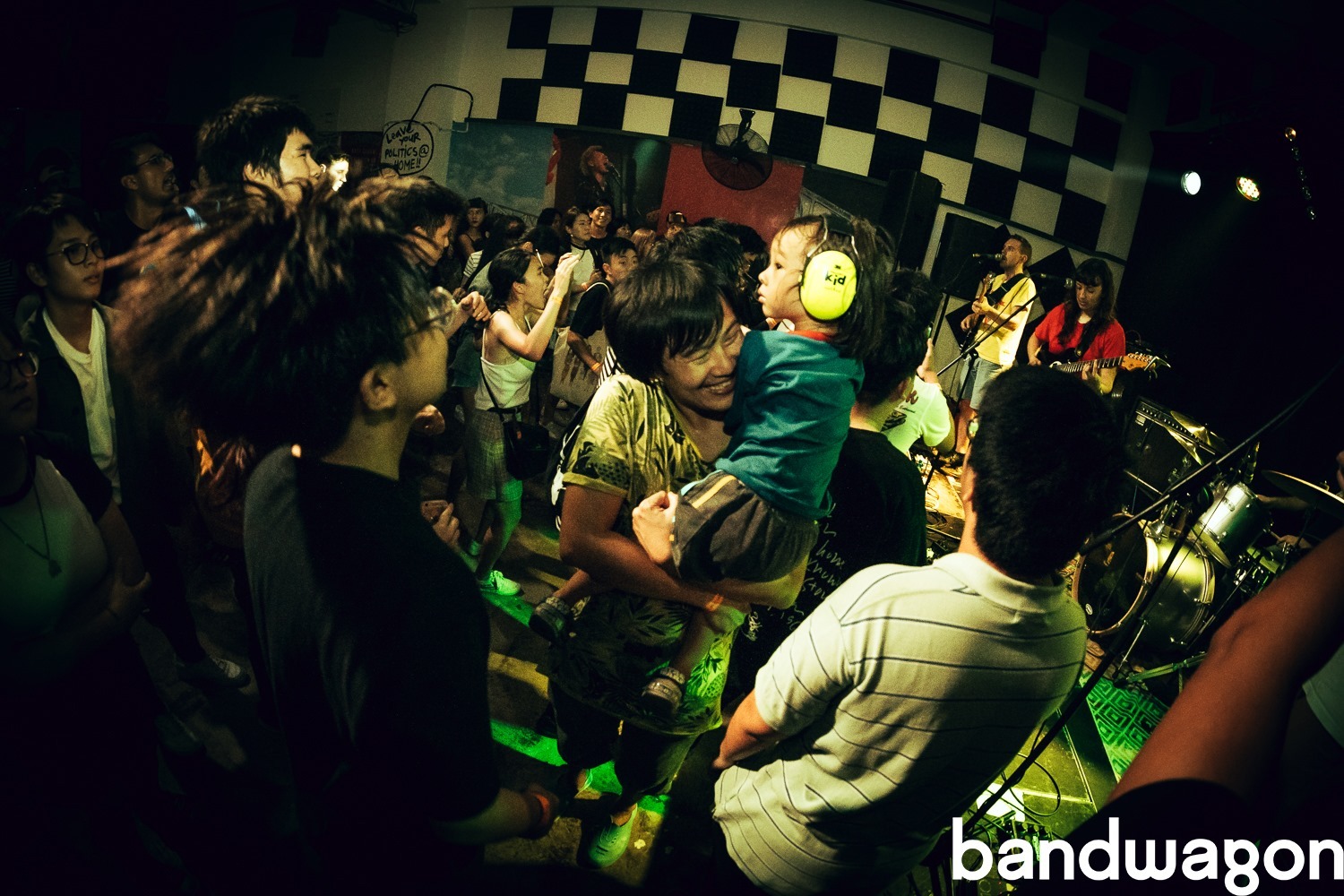 You can’t accuse Stokes and her band of not being particularly expressive – especially when they didn’t need to be. Her words had clearly made their way into the lived experience of her fans, who, in this moment, got to externalise their responses to them right before her. Hence, the enthusiastic singalongs, the dancing and the crowd surfing. 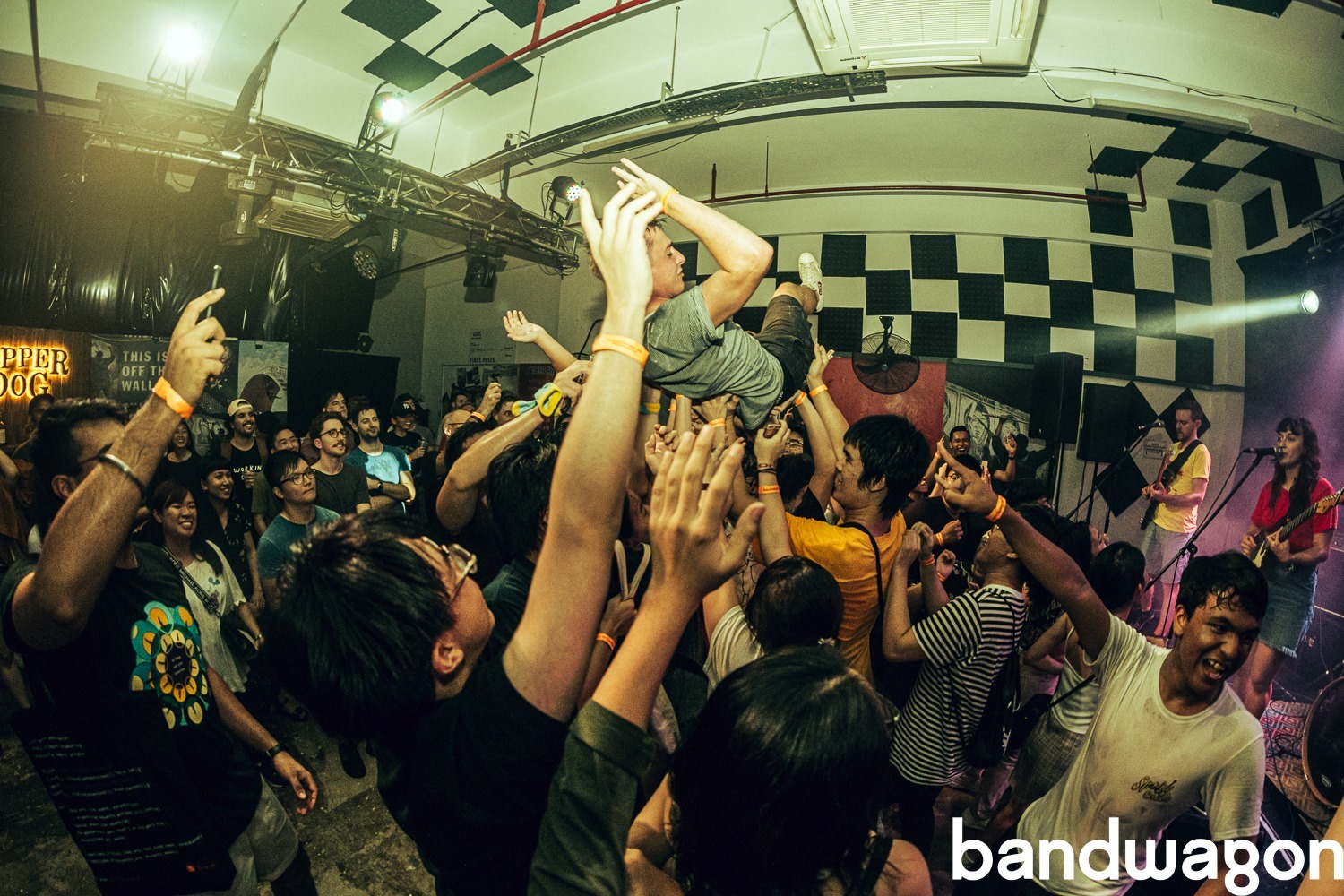 Besides songs from its album, such as late-set anthems ‘River Run: Lvl 1’ and ‘Happy Unhappy’, the band also gave treats in the form of new songs, ‘Don’t Go Away’, being one of those that were very well-received. But when the closing song, the rattling blast that is ‘Uptown Girl’ came on, the crowd erupted once more and gave the band its most kinetic reaction of the night.

With awed smiles, The Beths gave their thanks and took their leave. 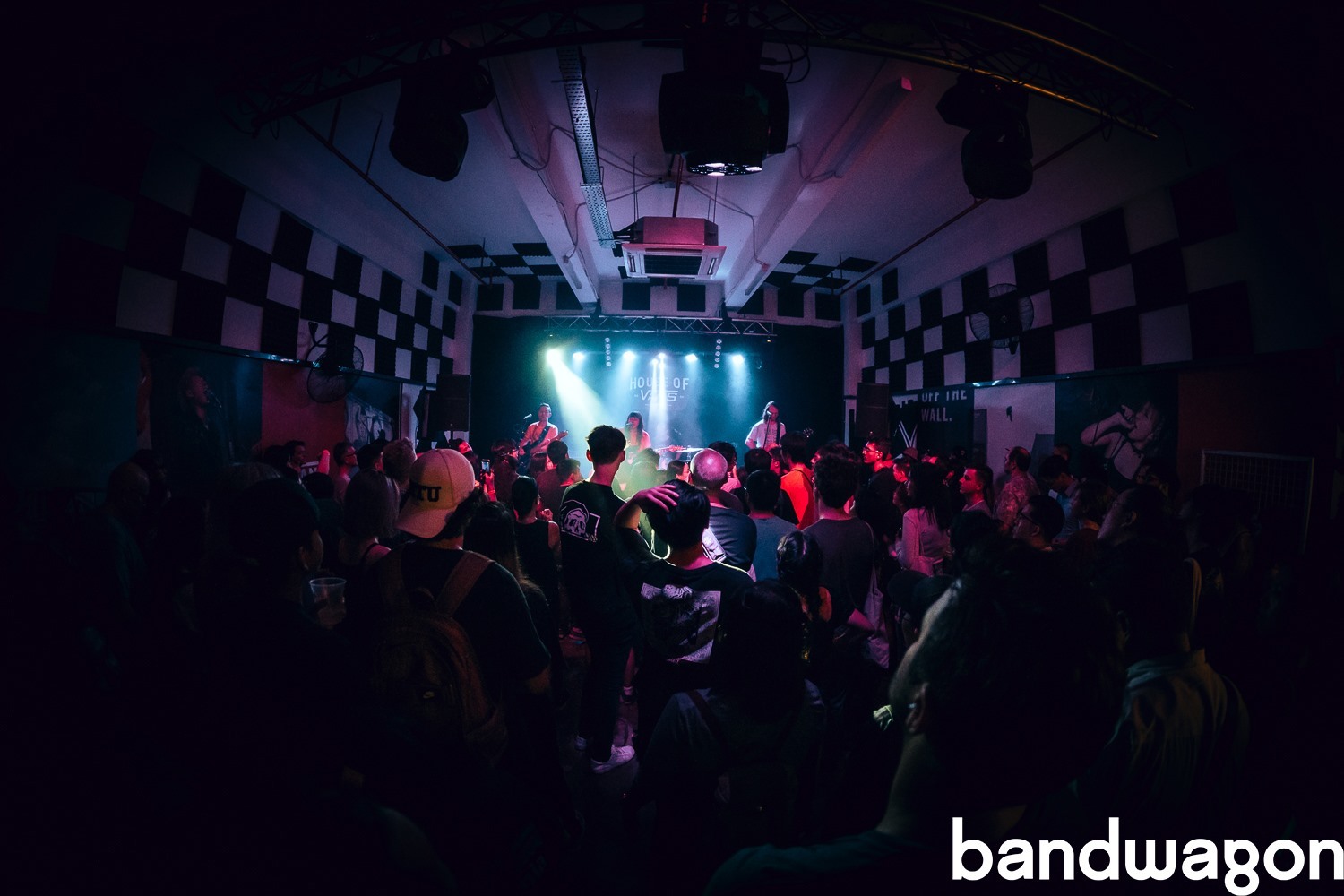 That night, they weren’t the only ones who left happy.