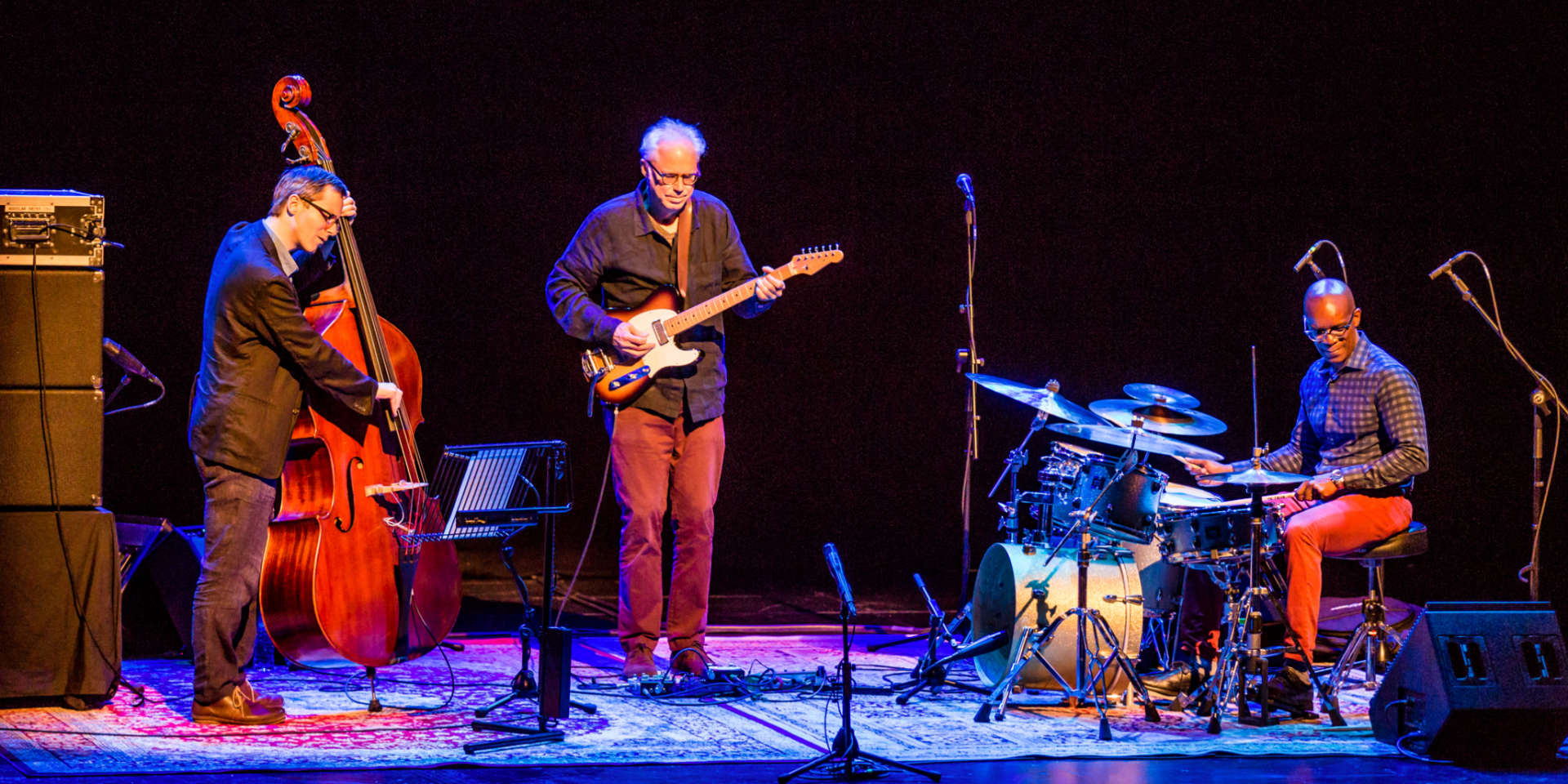 A smile can say it all.

Throughout, and, most pronouncedly, at the end of his first-ever show in Singapore, Bill Frisell and his two bandmates, bassist Thomas Morgan and drummer Rudy Royston, exchanged joyous, wide-eyed looks at each other and the packed-out house at the Victoria Concert Hall.

The occasion for their arrival was the Singapore International Festival of the Arts (SIFA) 2019, that, for the past 42 years, has committed itself to presenting staunchly next-level, multi-disciplinary showings, including those in the realm of music, of which the debut Singapore showing by the Bill Frisell Trio was a tentpole. Guitar, drums and bass – those were the three fundamental elements to be mined from that evening. But in its endeavours, the band turned in a performance that transcended the sum of its parts to such a degree that makes any after-the-fact “review” feel like a disservice to the experience.

Allow me to set the scene.

The stage was unadorned. With an upright bass and a drum kit as a base, with a guitar and its scant pedals serving as its tip, the instruments were set in a triangular formation on the stage. A lone microphone on a stand was placed in front of the guitar. Nothing else was present for superficial ornamentation. Without any ado, Frisell, Morgan and Royston emerged from the shadows, stage left, and picked up their instruments. Then, the show commenced. 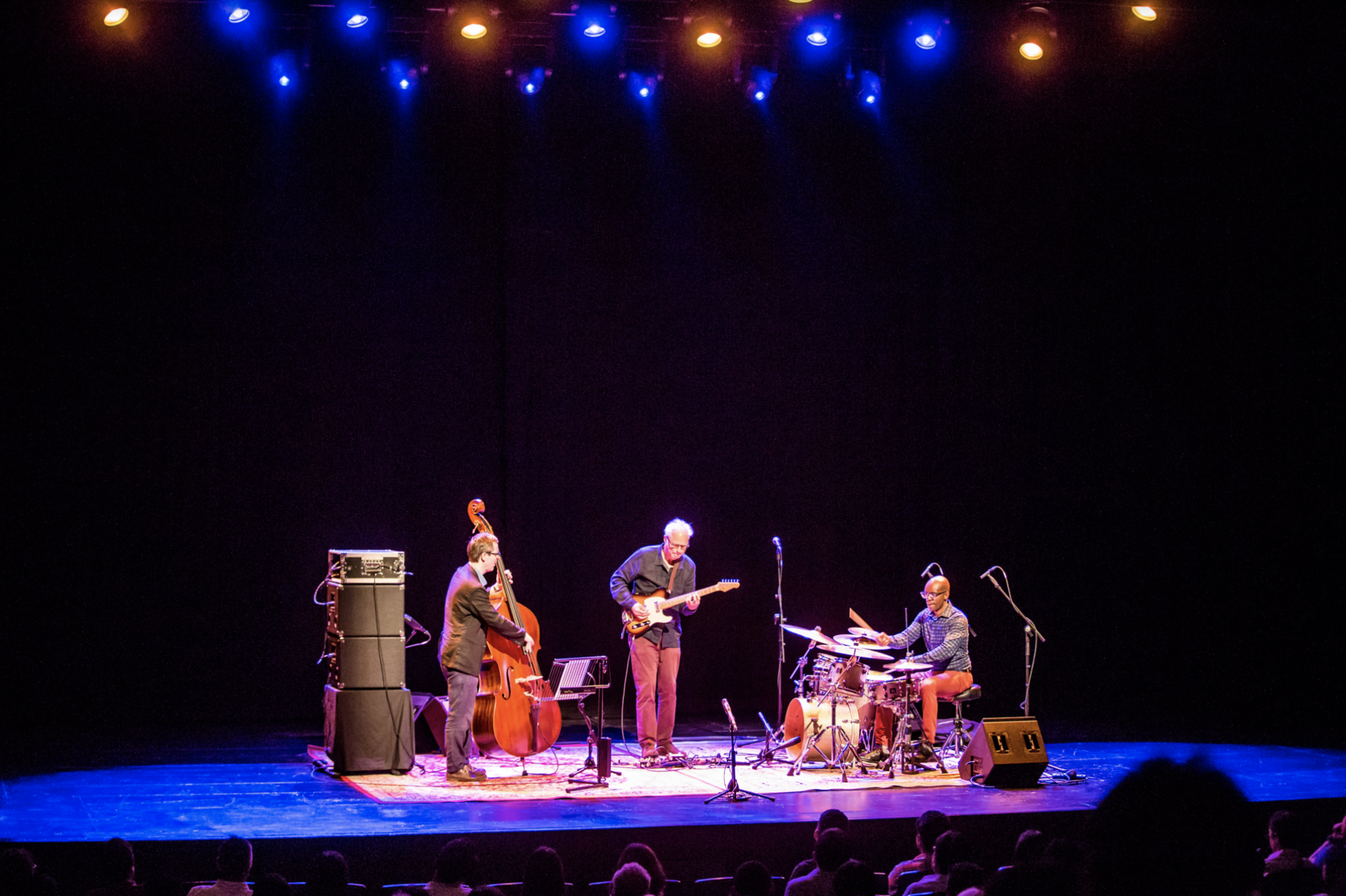 This was a performance where the artists on stage gave the audience so much more than the audience could reciprocate with. I can tell you that the musicianship was spellbinding, that three musicians were obvious masters of their instruments, that, for all its aesthetic consistency, the performance had a sweeping range. But anything other than a first-hand experience doesn’t convey the depth of all this highfalutin praise. Still, we’ll make do.

I went into the performance knowing only that the act’s main offering was an idiosyncratic  interlocking of two vast canons of American music: Blues and jazz. But I left with an enriched and much-intrigued sense of what the band brought to the legacy of those forms. Wordlessly – literally – each member communicated with the other, with each flourish connecting the links to an ever-building narrative, a gorgeously teeming tapestry of sound that referenced particular eras and monuments of music. In this framework, Frisell and the guitar were synonymous. Frisell the man played the instrument that paved the way forward, his notes and textures were the atmosphere into which Morgan and Royston released their transmissions. This was music that was over and above the conventional markers of melody and rhythm. No, this was about movement. The progression of one musical passage into another with a storytelling verve and intent.

But that’s just a conceptual foothold. In my seat, the recipient of all that musical largesse, I came to the conclusion that you can’t “rehearse” for displays like that. Nothing short of musical sixth-sense of the most intimate order can make that sort of chemistry possible. How Frisell, Morgan and Royston read each other and contributed to the larger whole emanating from the speakers and blanketing the room, without exchanging a single word, was absolutely incredible. Not having conventional – or any – structure to fall in line with, the bass and drums took their direction from the guitar, which, at all times, said “Forward”.

But the musicality wasn’t the only thing to be inspired and intimidated by. There was also the sheer physicality of the performance to consider. Besides flickering, seconds-long pauses, which were instigated by applause, more than anything, there were no breaks. Some performances are so effervescent, you may not notice the meticulous craftsmanship. But this was a virtuosic showcase where each individual’s flair stood out with obvious majesty. Not only was this unspooled effortlessly by the trio, it was offered to the audience constantly. Seated, Royston was a dynamo behind the drums. Standing throughout, Frisell and Morgan were stunning. All three pushed their bodies to the limits of endurance in their presentation. 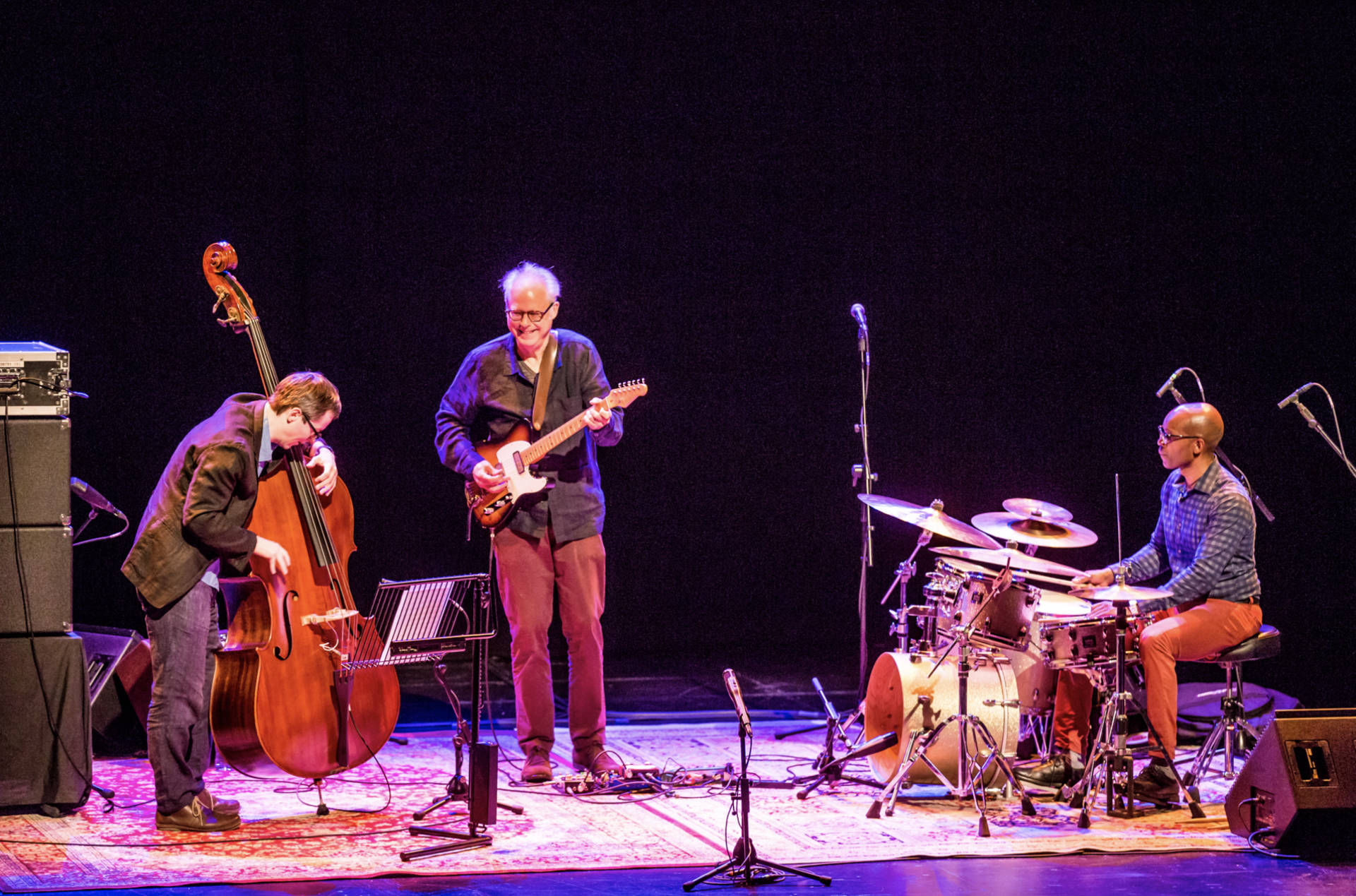 As bandleader, Frisell was the gravitational centre, the ordering principle that ensured that the universe was healthy, prosperous and ravishing. He knows the guitar so well, he was able to accentuate its capabilities without resorting to cheap theatrics. Note-perfect, non-linear, his playing was a spectacle unto itself. It charmed the air. It kept the house rapt. It was a reminder, that, even in these nebulous times, certain things are inarguable. Such as: That it’s possible to look to music for life-elevating, heart-mending, strength-giving edification.

It’s impossible to disassociate the future from such a performance. It’s become a frame with which to see the coming days and beyond. Because, shows like that, they change you. In the right ways and for the best reasons.

I left with a smile.