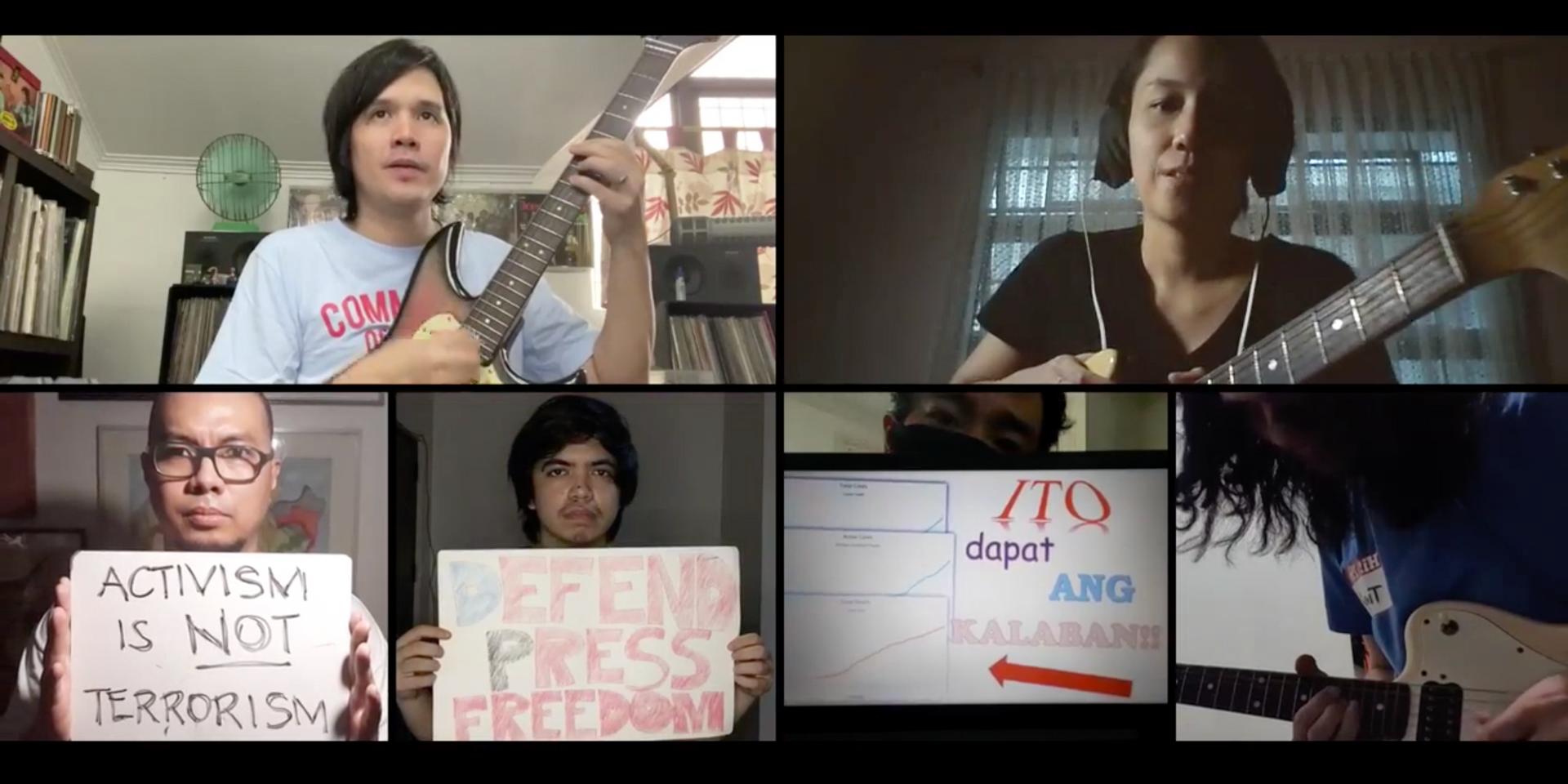 Friends of Alternatrip are coming together to speak up.

In an effort to amplify their voices together, over 60 Filipino artists from various acts in the local indie music scene joined forces to create the powerful "anthem against tyranny", 'Ngayon Ang Panahon.'

In time for the premiere of 'Ngayon Ang Panahon,' Bandwagon caught up with co-writers Ean Aguila of Ang Bandang Shirley and Jam Lorenzo of The Geeks to talk about the story behind the massive collab, how they were able to produce it during the pandemic, supporting Redverb studio, and more.

What's the story behind the collab? How did it come to be?

Ean Aguila: We as artists knew that it was urgent that we speak up and air out our grievances and discontentment. This song was a product of the many discussions we had within our group about these current issues.

Jam Lorenzo: We also felt that people within our circle were looking for a way to collectively express ourselves, so that was why we really wanted to push through with releasing the song.

What was it like working on the song, considering also that it involves so many artists?

Jam: It was easy inviting everyone to participate, because like I said, our friends were looking for ways to express their opinions on the current state of the country. In less than two days, we had commitments from over 30 artists. In total, 64 artists from different bands contributed to the video.

Ean: It took a lot of effort to consolidate everything but it was all worth it because we all know we’re doing something good for our country. Plus, we got to reconnect to our friends from the scene and get to know new friends who have the same ideals in the process.

In what ways did the pandemic affect the process of making this happen?

Ean: During the start of the lockdown in March, Alternatrip debuted a series called “Friends of Alternatrip” where we covered some of our favorite songs with our friends. So this collab is just the same but on a larger scale. Almost every recording was done in our own homes and all the audio and video files were transferred online.

Jam: I think it’s also amazing to think that not everyone had access to recording equipment, and a lot of the people recorded using their cellphones. RJ Mabilin (The Axel Pinpin Propaganda Machine), who co-wrote the song with us, did a great job of mixing and mastering the song.

Fans tell us what they miss most about going to gigs

The song was mixed and mastered in recording studio, Redverb. What does Redverb mean to you?

Ean: Redverb is a safe creative place in the middle of our favorite neighborhood. I wish Redverb would continue to strive in a time where all small businesses are struggling.

Jam: Redverb’s a second home to most artists. It’s also one of the few studios in the metro that cater to smaller indie bands. The rates are a lot more affordable than bigger studios, and it’s a big reason why a lot of bands are able to release as much music as they can. Even if your favorite album wasn’t recorded there, chances are your favorite band rehearses there a lot. It’s a big part of the indie ecosystem, especially in Quezon City.