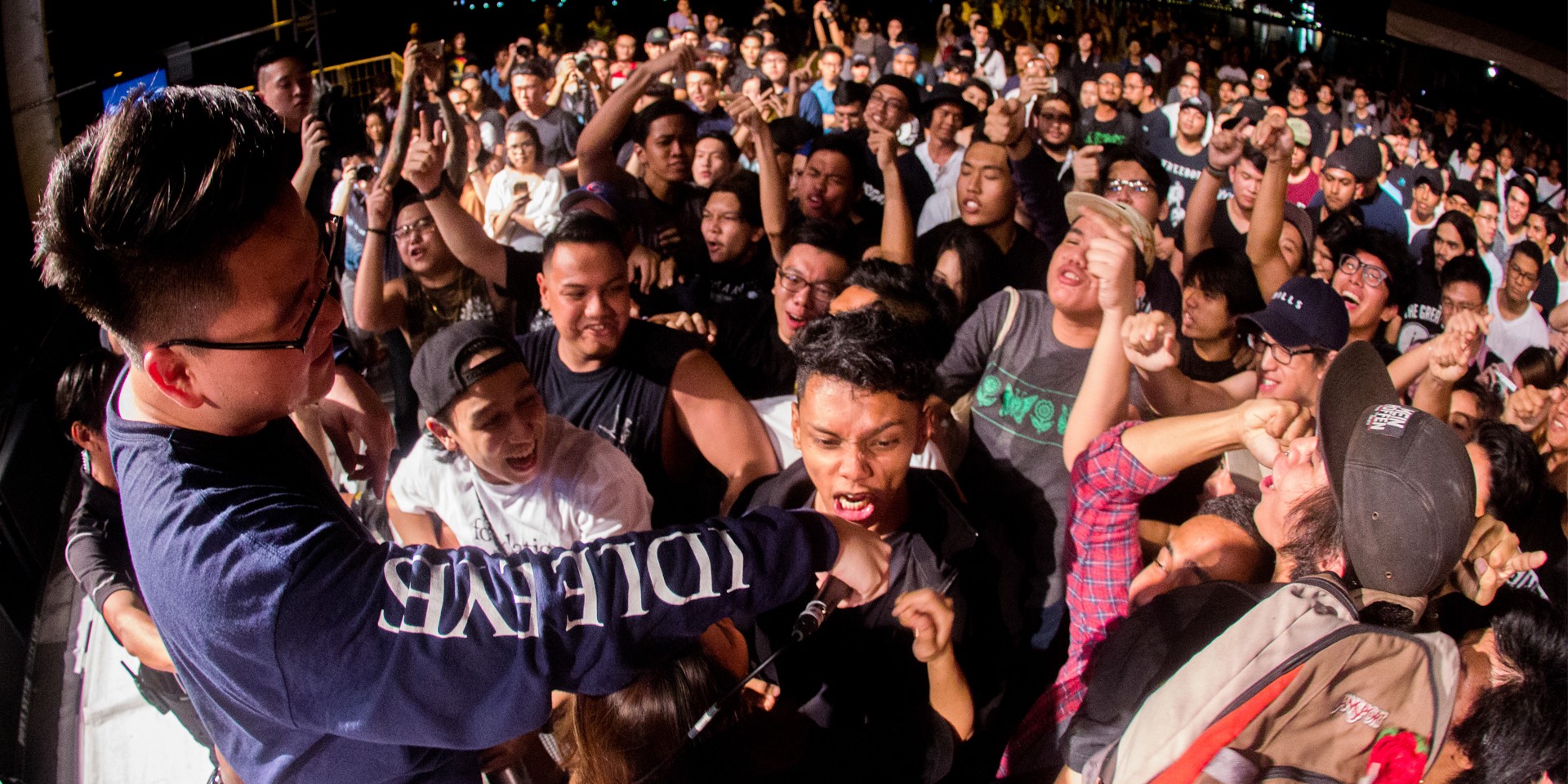 Cementing its status as the top showcase for Singaporean and regional musicianship, Baybeats Festival presented yet another monumental weekend this year as they brought back old favourites alongside a cavalcade of new, emerging acts.

Putting aside what we've come to expect from the three-day festivities — sweating it out at the Powerhouse stage with the rock bands, gawking at the variety of acts at the Outdoor Theater, and chilling out with the singer-songwriters and producers at the Esplanade Concourse — this year presented a wealth of new additions to the patented Baybeats experience.

There was the Open Stage, curated by long-time musician Kevin Mathews, which hosted an extensive range of new acts who were given 15 minutes for a slot.

We also had a chance to be a part of the festival this year, as we invited several acts to come share some stories with us, and perform acoustic renditions of their songs — all of which will be on our video channel pretty soon!

But enough about that, we settled down to discuss the best we saw that weekend, and even though these were our ultimate standout choices, a special shout-out to Disco Hue, Sunset Rollercoaster, Sphaeras, Adir Kaisan and the Cosmic Owls, Yllis, The Little Giant, The E's, Nicholas Chim, False Plaintiff and The Summer State for especially wonderful performances! 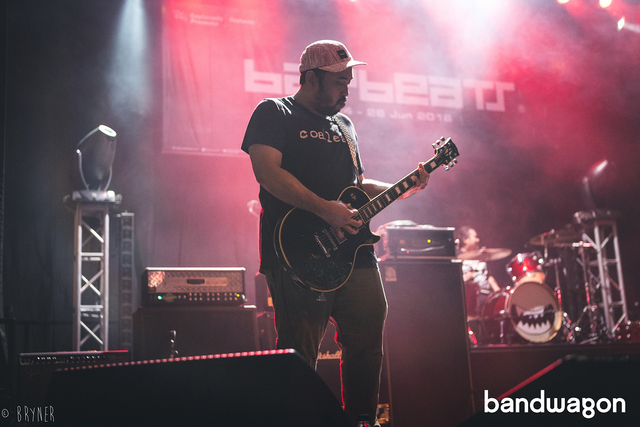 I Am David Sparkle puts on a momentous post-rock masterclass

15 years into their career and I Am David Sparkle are still as enthralling as ever. Bolstered by the return of guitarist Adel Rashid into the fold, Singapore’s post-rock gods delivered a performance for the ages.

Their rhythmically complex set can be alternately delicate and melancholic, or powerful and gloriously heavy — either way, their fans (young and old) were riveted through and through. Plowing through familiar numbers from older releases and tracks from their long-gestating forthcoming LP (epic new song ‘Hence Solo’ swept us off our feet), Sparkle were nothing short of magnificent.

Our favourite rock ‘n’ roll boys have been quiet since their name-making showcase at Laneway Festival 2016 (hard at work on their debut full-length album), but you knew they wouldn’t miss out on a chance to return to the ground that launched their careers. They’ve sure grown a lot since their birth at Baybeats 2012, and Cashew Chemists’ fully-matured sound proved to be the Outdoor Arena’s biggest hit.

Yuji Kumagai and company had the capacity crowd swaying and singing along from the their opening song ‘Feel Amazing’, and the good vibes eventually erupted into a full-blown spontaneous dance party towards the end.

The rapturous crowd even earned the band an encore (!!!), something not typically allowed due the Esplanade’s tight schedule. From their heavier, more psychedelic new songs to older favourites like ‘Over You’ and ‘What’s The Matter’ (which was their Baybeats audition song), this was the sweetest of returns for Cashew Chemists. 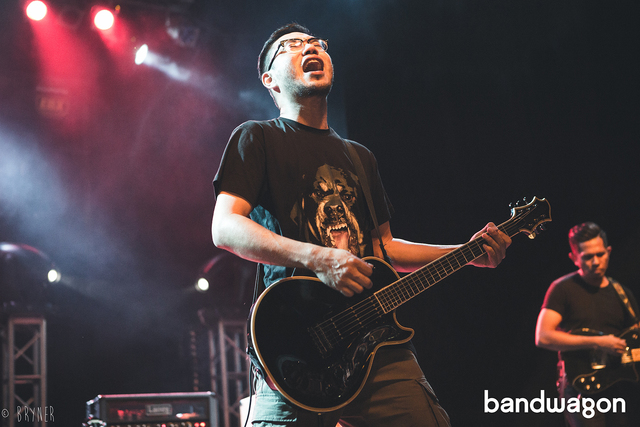 Plainsunset inspires joyous nostalgia and mosh pits in the rain

When you think about the early days of Baybeats, you think of Plainsunset. These Singaporean pop-punk OGs have been there since the very beginning, and it's remarkable to see that these guys still got it. Their jubilant festival-closing performance, cinematically set in the rain, catalysed their legions of long-time fans into frenetic, crowd-surfing ecstasy.

As the band announced onstage, this will be their final ever Baybeats performance, and if that is really the case, we couldn’t think of a better way to cap-off their storied legacy with this festival. As per tradition, their finale song was an especially spirited rendition of their anthem eponymous anthem, and to paraphrase that famous chorus, we’re sure glad we came around to see our plainsunset. Thank you for everything, guys. 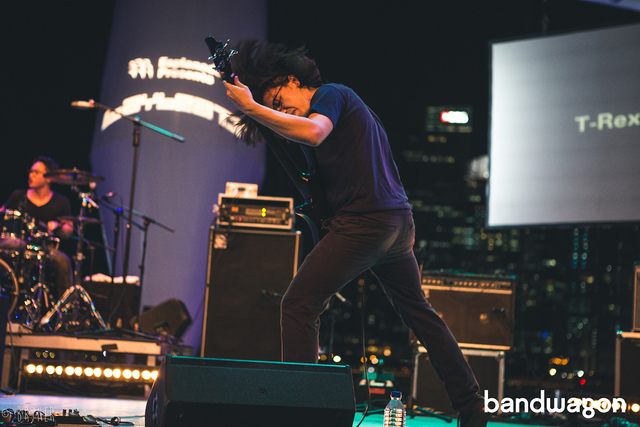 With members from ANECHOIS, Sphaeras (who also delivered a wonderful set at Baybeats) and Amateur Takes Control making up this incredible outfit, we already knew that instrumental super-band T-Rex were technical wizards. But by virtue of their rare live shows, we sometimes forget just how magnificent they can be as a unit.

This was an eye-opening and mind-blowing showcase for the gifted three-piece, who didn’t just impress with their versatility (members casually swap instruments) and casual virtuosity, T-Rex also astounded with their genre-bending range. The band’s stand-out moments came with the aid of saxophonist Tim O’Dwyer, whose avant-garde jams with band managed to successfully bridge math-rock, metal, jazz and everything in between. Keep an ear out for these guys. 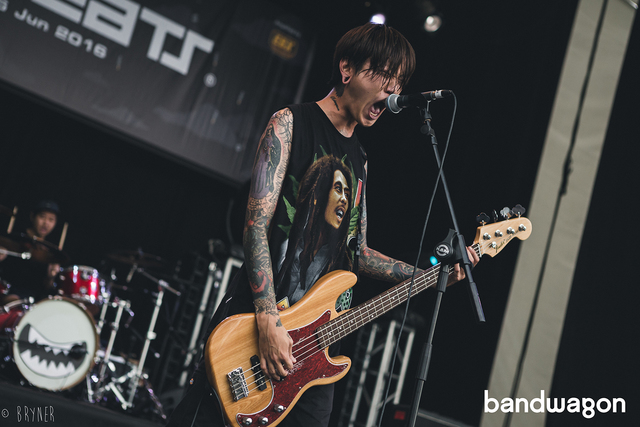 What was left of Ruins & Remains​ — a crushingly heavy metalcore band that gained momentum in the late-00s — has now evolved into hrvst, a breakout trio whose recent EP, Lilith, is only a peek into the sonic devastation the band brings to the live stage.

The band is still fairly new, but their opening set at Baybeats on Day 3 certainly blew all expectations as they ran through all the songs off Lilith with a considerable degree of bravado. Their oppressive brand of sludgy hardcore music still retains elements of music that has had its time on the Powerhouse stage, but the band managed to bring something new to the festival that was undoubtedly refreshing. 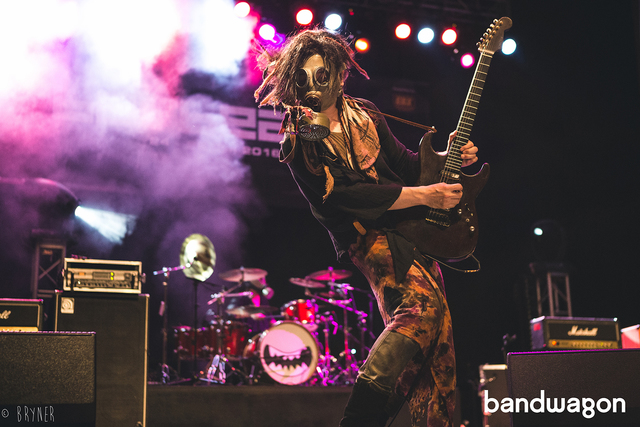 Vivid visual-kei on the Powerhouse stage a striking success

Flamboyant theatrics, grandiose guitar solos and steampunk-friendly gas masks courtesy of guitarist Naoki and drummer Yu-Ra—J-rock trio Unclose delivered probably Day 2's most entertaining set. They also won the award for Most Polite Band with singer Rei emitting earnest cries of "Thank you so much!" in between songs. 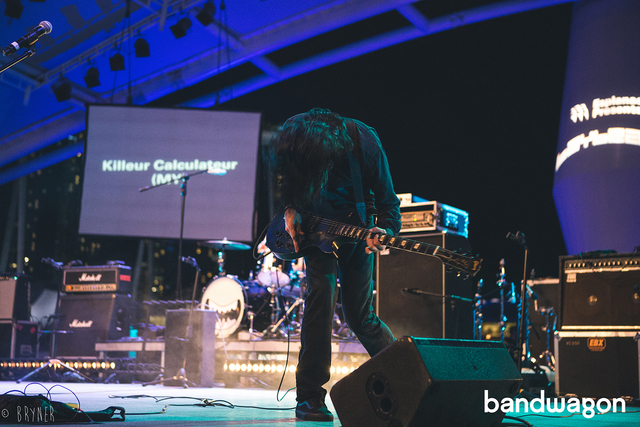 In terms of the regional acts booked for Baybeats this year, few names were more highly anticipated than Kuala Lumpur’s KILLEUR CALCULATEUR. Malaysia’s most potent post-punk band have played smaller shows here before, but this was easily their biggest Singaporean showcase to date.

So it was more than a little upsetting to see such an incredible band have 10 minutes of their set cut short due to unfortunate technical difficulties. Kudos to the band for rallying to deliver such an impassioned performance after such trying moments though, even if it wasn't particularly outstanding or memorable. And props must also be given to the Esplanade’s dedicated crew for hustling to resolve the issue so quickly. 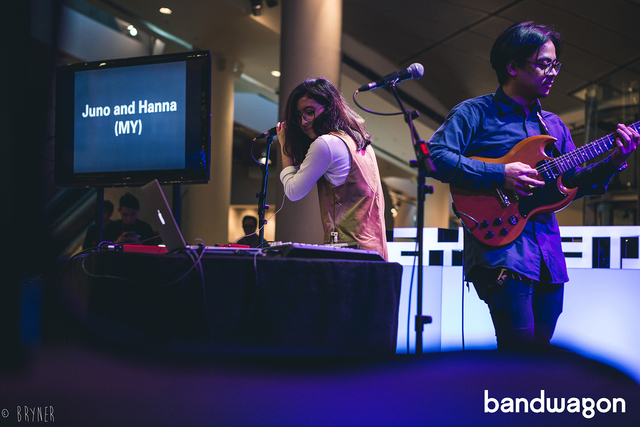 Ill-suited ambience for the electronic acts on the Chillout Stage

While the cozy concourse area proved to be an ideal setting for acoustic-driven acts, the indoor stage proved to be ill-suited for the electronic musicians on display. The brightly-lit and busy setting made it difficult for audiences to fully appreciate amazing acts (such as Yllis and Malaysia's Juno and Hanna).

The sound requirements for electronic musicians also differ from folk-centric singer-songwriters, so perhaps future editions of Baybeats could look into setting up different spaces or specialized sound systems for the electronic acts on their line-up.

Every year, alongside the growing number of aspiring creative individuals, Baybeats invites a group of youths to hone their public speaking skills by hosting the three-day weekend. Appearing onstage before and after each set, they've been a staple at the festival over the years.

While they've done an overall competent job this year, there were some gaffes that could've been avoided with some proper Googling — naming "Rage Against the Musian" as one of Koji's biggest influences, or calling on the audience to catch the next performing band "The Dirt Rascals". Probably just unfortunate articulation, but we hope future emcees would back themselves up with a little research before presenting onstage.

Opening up the Open Stage

The inclusion of the Open Stage for this year's Baybeats was surprising, and held well through the busy foot traffic with its vast array of singer-songwriters and bands.

While it was not out of sight, the festival made minor changes to its layout (Powerhouse stage was closer to the Marina Barrage, for one), and the Open Stage remained fairly distant from the main festivities. Seeing as how the stage was included closer to the date, we still hoped to see more publicity for a tent brimming with burgeoning talent.

Special thanks to Baybeats Festival for having us!