Stephanie Poetri has gone from being an unfamiliar name to one of the most exciting ones in the international pop scene since releasing her 2019 runaway hit 'I Love You 3000'.

Titled after an iconic line from the superhero film Avengers: Endgame, the song propelled the 20-year-old singer-songwriter into stardom and even captured the attention of 88rising—the American record label that would go on to offer her a recording deal.

Not one to rest on her laurels, Poetri has (literally) been spending days and nights on her upcoming first EP AM : PM, a project that serves as a testament to her boundless creativity.

Conceived while the Indonesian-American was in quarantine in her Jakarta residence, the EP is divided into two distinct segments — morning (AM) and night (PM). In an interview with Bandwagon, Poetri explained that this concept came to her when she was composing songs with her 88rising producers, who were based in the United States.

She said, "[Because of the time difference] I usually have early morning or late night sessions which is really how these two distinct vibes came about." 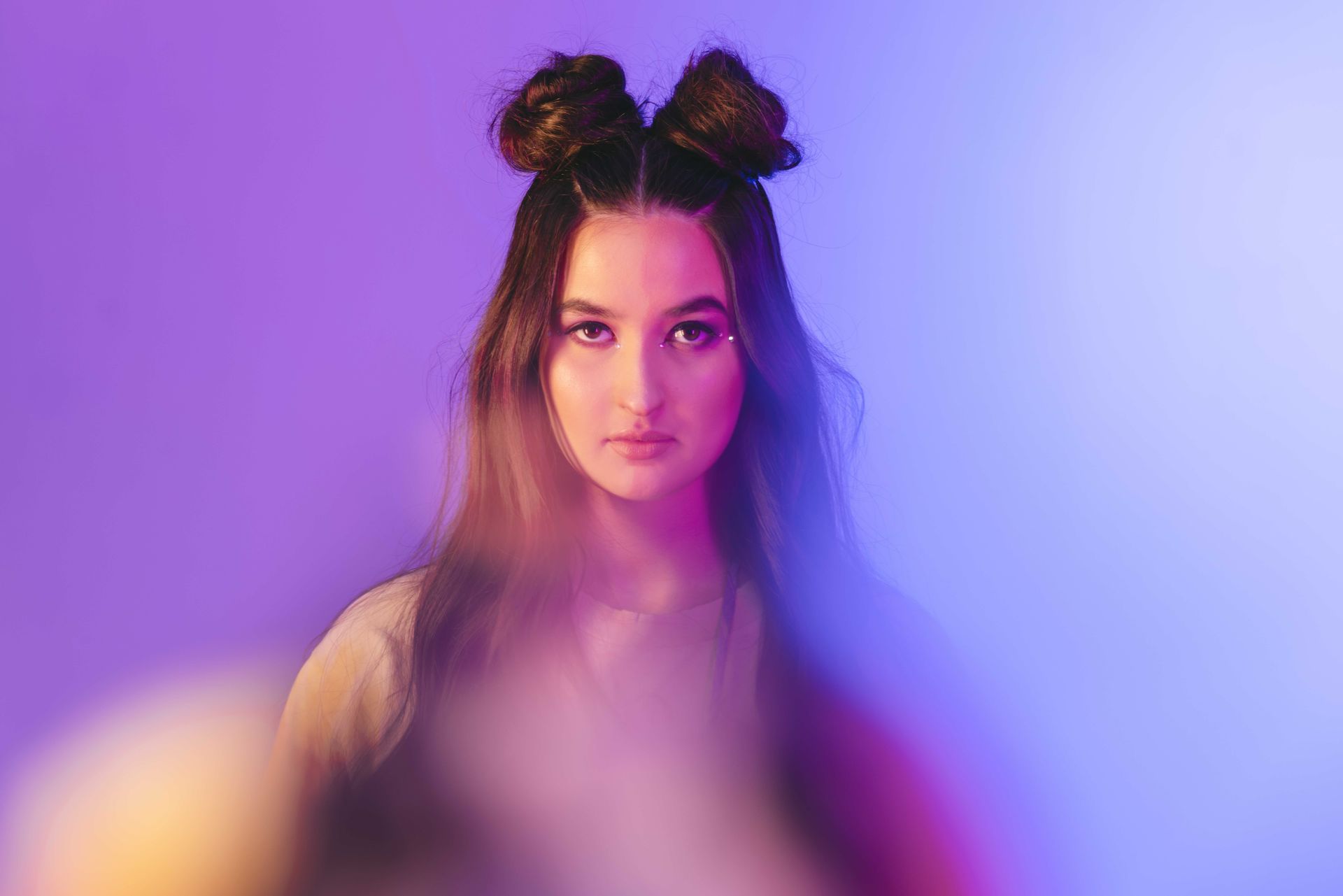 Characterised by bright acoustic sounds and themes such as love and hope, AM : PM's morning tracks are instant mood lifters in which Poetri loses herself in her sweetest reveries. In contrast, the R&B tracks that fall under the night side of the EP's spectrum see Poetri grapple with some of her more melancholic late-night musings. 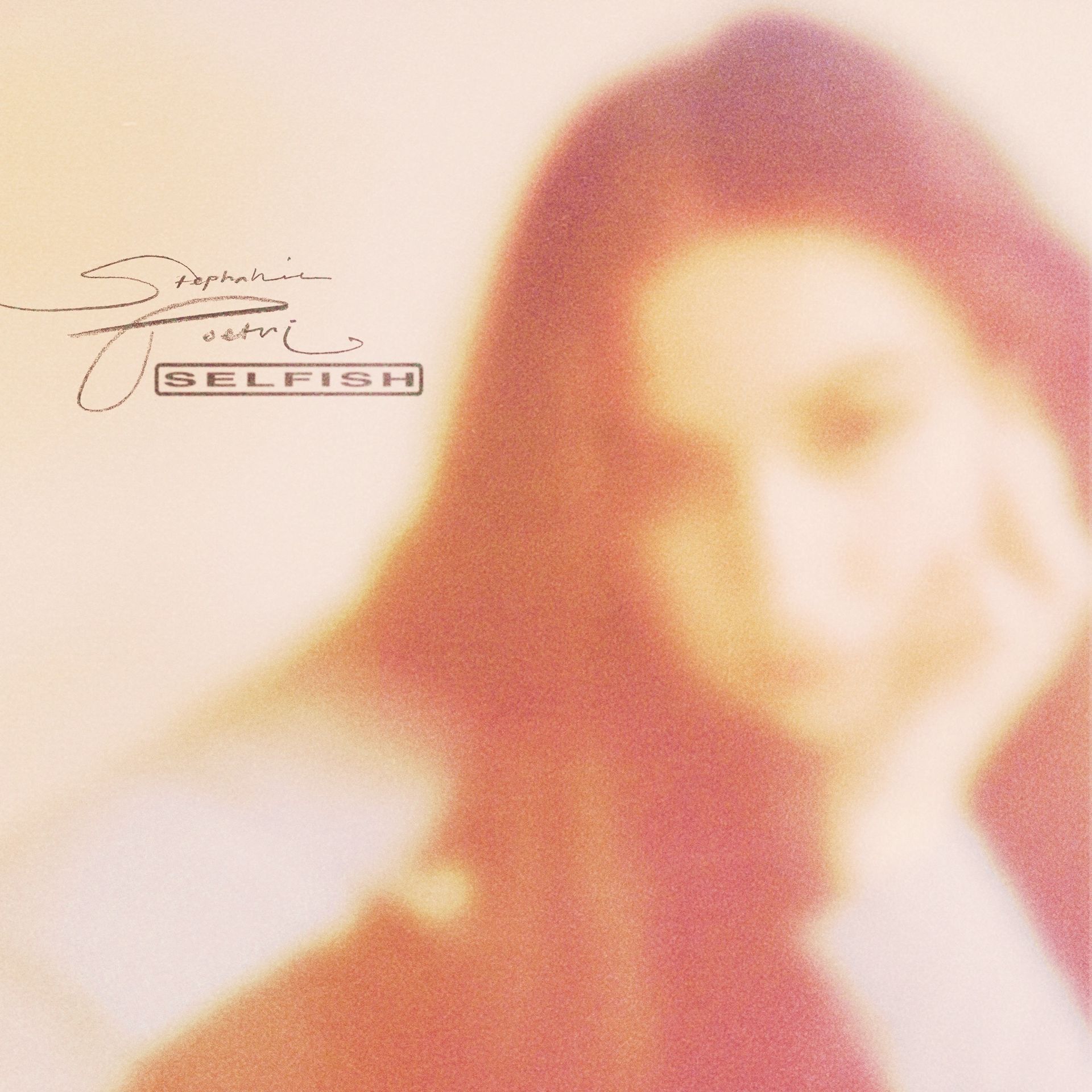 'Selfish', the first single off AM : PM, offers a taste of what songs that fall under the latter category have to offer. Behind the song's catchy melody is a tale about an individual who is trying to make sense of the changes in her behaviour after falling in love with someone.

“It’s a song about contemplating and battling with yourself about whether you have the right to be selfish in this new relationship not relationship when you have someone but you don’t really, and just working through all of those extremely complicated feelings,” said Poetri.

'How We Used To', another night track and the second single off AM : PM, reveals the songstress' more vulnerable side. In the song, she recalls how she felt about moving to the United States to pursue her career after she was signed by 88rising.

"I was feeling so many emotions, all positive but when I had the time to slow down, sit down and songwrite I was able to process my hesitations and doubts at the time - emotions outside of this crazy excitement and adrenaline. It was a lot to take in, and I was moving halfway across the world away from home and so many loved ones to pursue my passion, dreams and career," she said.

An exciting new chapter of Poetri's career will begin with the release of AM : PM, a project that would not have come to fruition if it had not been for her fans.

The Mnet Asian Music Award (MAMA) winner considers her fans as an integral part of the winning Poetri formula and cites their support as one of the reasons she was able to continue making music amid the pandemic.

"I think I’m really lucky in the sense that I can do my work from home still make a living so I’m forever grateful for that," she said.

"I’ve also been able to find a really amazing online community that’s made me really happy and made me feel connected in quarantine."

Despite her busy schedule, Poetri has been setting aside time to chat with her followers and entertain them with karaoke renditions of her songs on the live streaming platform Twitch, where she is affectionately referred to by her nickname Meni.

"Streaming has been so much fun for me because it’s a new way I can connect with and hang with my fans. Usually, I would be meeting my fans in person at events and shows but since I can’t do that we’ve been hanging on my weekly Twitch streams," said the singer-songwriter. 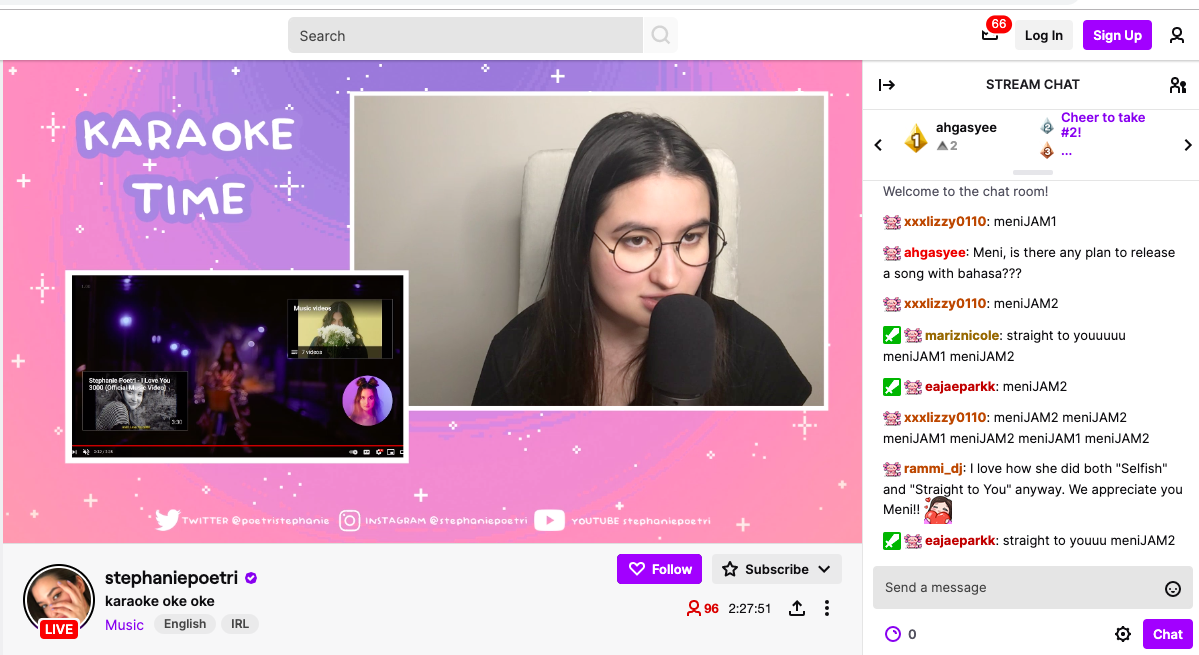 Poetri—who sent her followers into a frenzy after teaming up with her childhood idol Jackson Wang for the remix of 'I Love You 3000', 'I Love You 3000 II'—assures her fans that there will be a lot more to come from her beyond AM : PM.

When asked about possible future collaborations, she said: "I love working with new people in all aspects of my music and can’t wait to continue to collaborate with people in the future. A few would be Jae (from Day6), Lauv, Keshi, Alex Porat, but there are so so so many more."