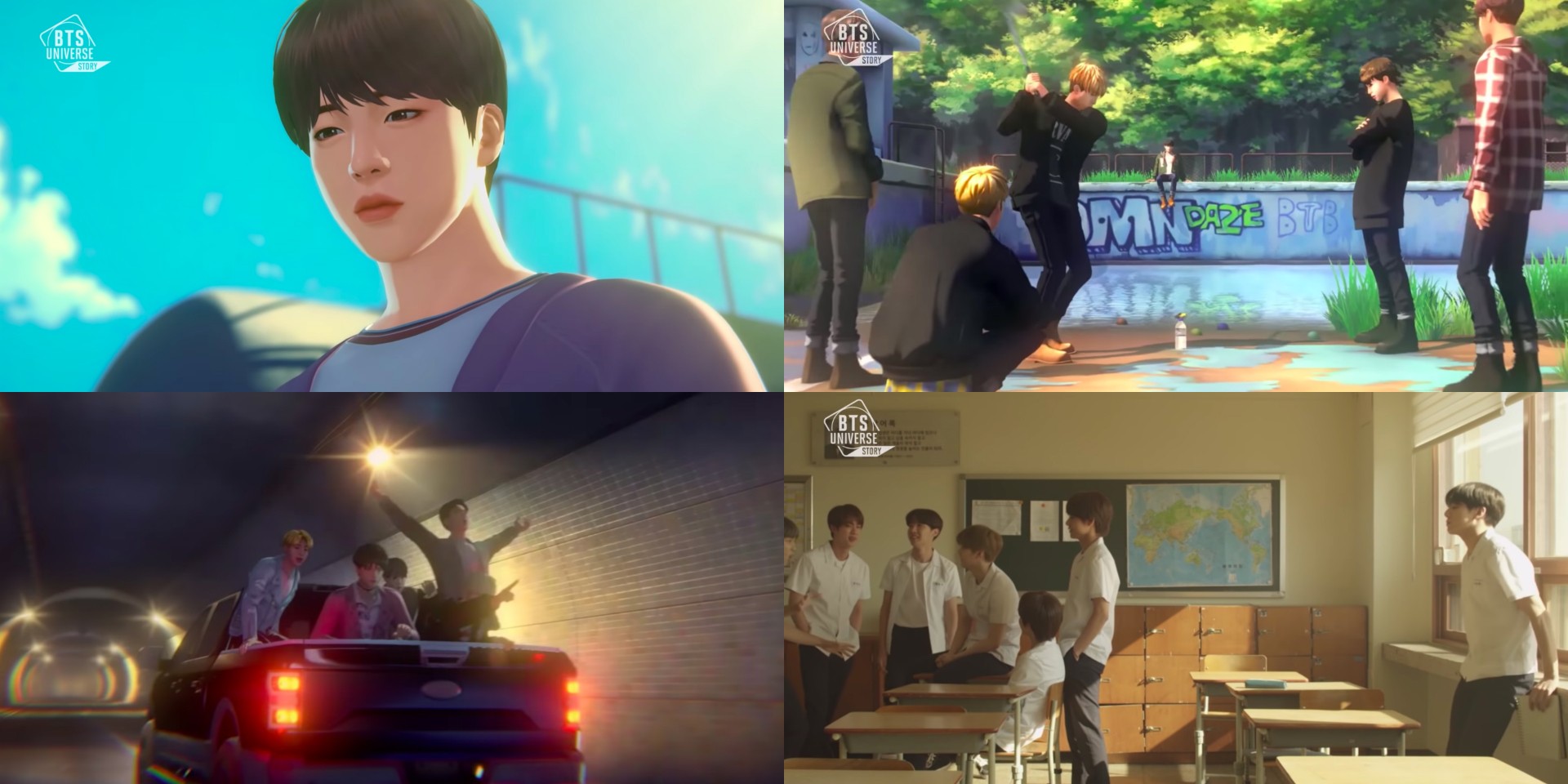 Some artists play games, while others invest in gaming teams.

BTS? With the help of Netmarble, they’ve transformed themselves into characters for their own interactive mobile game, BTS Universe Story.

Hyping up fans awaiting the worldwide launch on 24 September, a 10-minute trailer for the game has been released today starring all of the BTS members. With Jin as the central character, and the supposed key to help his fellow members RM, J-Hope, V, Suga, Jungkook, and Jimin, fans can anticipate catching more of BTS’ acting in the future through unique backstories of each member.

The peaceful landscape has a different charm when seen through the viewfinder.
He focuses on it, pressing the shutter...#What_did_TaeHyung_snap

Sets from previous music videos can also be seen in the trailer, to be weaved into the plot of the game.

<Special Message For You 💌>

Check it out now! https://t.co/fAUBjxwGhX

Here's how to watch BTS' online concert, Map of the Soul ON:E, this October

According to Netmarble, the game developer behind BTS Universe Story, the game concept will have various features, such as allowing players to create stories with production tools, controlling the developments and outcomes of the stories, and collecting clothes and accessories to customise the characters – story creation mode, story playthrough mode, and collection mode respectively.

How are you feeling today?
Check out the TaeHyung BTS Universe Story Card
that changes based on your mood!https://t.co/zz3KMAQLDi #EnjoyThisContentedness#BUS_PreRegisterNow#BTS_Universe_Story_Card_Event#How_do_you_feel_today

Get a sneak peek of BTS Universe Story on their website here, where you can also participate in their character card event until 17 September.