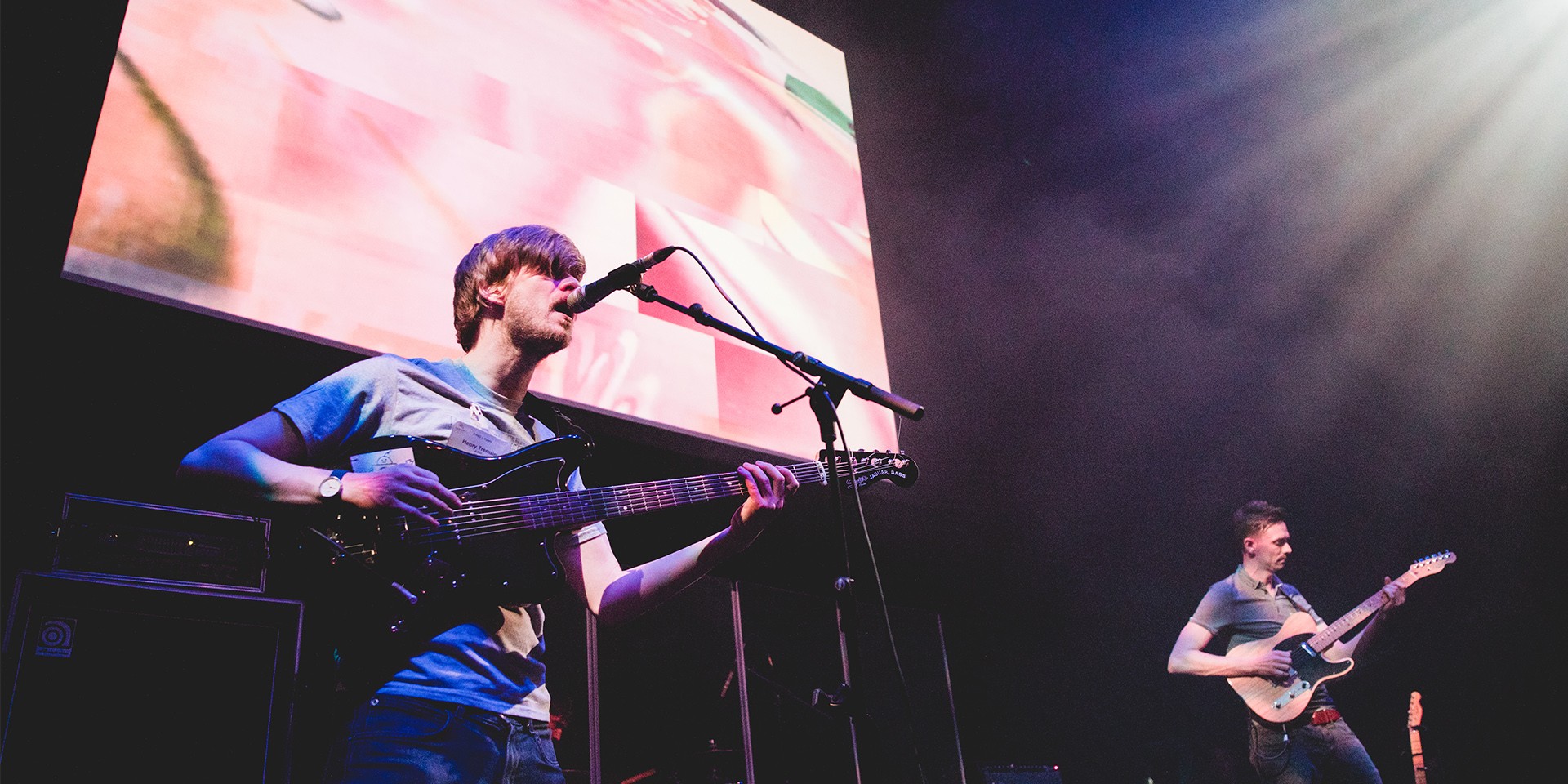 What started as an innocent hoax played on my former fiancé — now wife, don’t worry — turned into a pretty amazing post-wedding gift when British math-rock band TTNG dedicated a song on stage to us newlyweds.

Lemme explain. A week or so in the lead-up to the wedding, it was announced that two of Sargent House’s math-iest acts — TTNG and one-man project Mylets — would be playing in Singapore come May 6th, as part of KittyWu Records' 10th-anniversary festivities. As a passing jest, I told my former-girlfriend/fiancé-now-missus that its unfortunate that the lads will be playing on the same day of our wedding.

In her infinite wisdom (and boundless stress from arranging a DIY wedding reception) she didn’t check their concert date. Even Daniel Peters, editor of this site, got in on the joke, prompting her to go into the deep end. Deep enough for her to seriously concoct plans to ditch our reception at night AND send out a tweet to TTNG that hey, they should totally come by our wedding to play a song or two.

That was a signal that the joke went way too far, and she reacted in an appropriately displeased manner once I told her about that we were just pulling her leg. She broke off the wedding soon after, and I regret everything.

I kid; we had a nice enough ceremony by the sea with lots of our favourites from TTNG’s Animals. All was eventually forgiven (I think), but the whole prank got the attention of the Oxford lads, who then made a proper shout out to us during their show at Esplanade’s Annexe Studio.

But it wasn’t only us that the math-rock trio dedicated their songs to — they gave shout-outs to absolutely everyone, from stage hands to artiste liaisons, and even a little blonde kid who ended up in front of the stage, trying his best to nod his head to odd tempos.

Prior to the trio’s long-anticipated appearance on stage, it was one-man guitar wiz Henry Kohen aka Mylets himself doing double duty as both TTNG’s opening act and guitar tech. For a single, lone presence, Mylets absolutely destroyed. Looping guitar riffs, chords and taps while also commandeering synthesised beats and drums, his live tunes took up colossal space in the studio, storming through favourites like ‘Arizona’ and ‘Retcon’.

The dissonant screams and yelps Kohen howled during his songs makes a huge contrast to his stage banter, wherein he makes humbled thank yous to TTNG, and expressed genuine fascination with the visuals behind him (“that rotating elk is awesome!”).

TTNG — formerly This Town Needs Guns but changed for obvious reasons — made their way on stage soon after, and didn’t waste time in playing a set that utterly pleased fans who’ve been following them since their 2008 self-titled EP.

With only a handful of songs played from their latest album, long-time devotees to TTNG’s noodly guitars were thoroughly treated to classics from said EP, debut full-length Animals and their 2013 follow-up 13.0.0.0.0. Which made it even better when frontman Henry Tremaine made a shout out to us newlyweds (whose relationship was also founded on our love for American Football and math-rock in general)  before launching into ‘Baboon’.

The band’s hallmark complex, off-kilter math tunes already sound amazing on record, but bloody hell mate, it’s even more amazing seeing them actually fleshed out live. Folks all around had to nod and bang their heads arrhythmically though which made for some proper amusement. 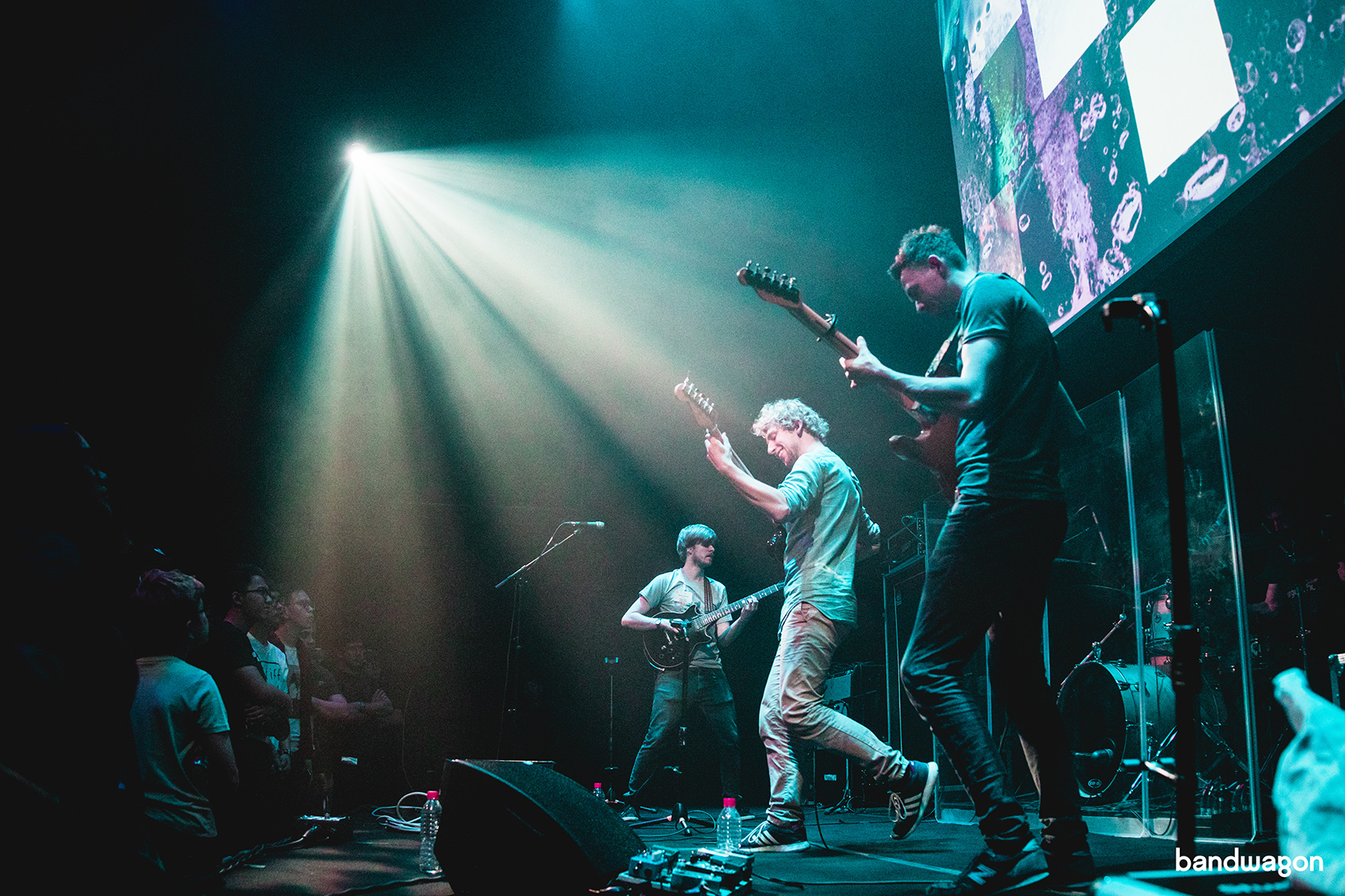 Ginny Palma of Bandwagon Philippines mentioned that their show in Manila felt like a tight-knit family affair, and I couldn’t agree more about their gig here. Let’s be honest, math-rock is a niche genre, and the genre doesn’t exactly pack the place up to the rafters — but it made for a cosy, intimate performance that felt like the smiley, jolly trio were old friends.

Thus why it’s particularly harrowing to hear that both Mylets and TTNG were detained over visa issues yesterday in the final leg of their tour in Hong Kong. We wish the Sargent House lads all the best, and hope that things get sorted out quickly.

PS: If you’d like a band to do a shout out to you and your significant other as well, I highly recommend pulling pranks involving the band too. Take it from me, it works.

Check out more photos from that night. 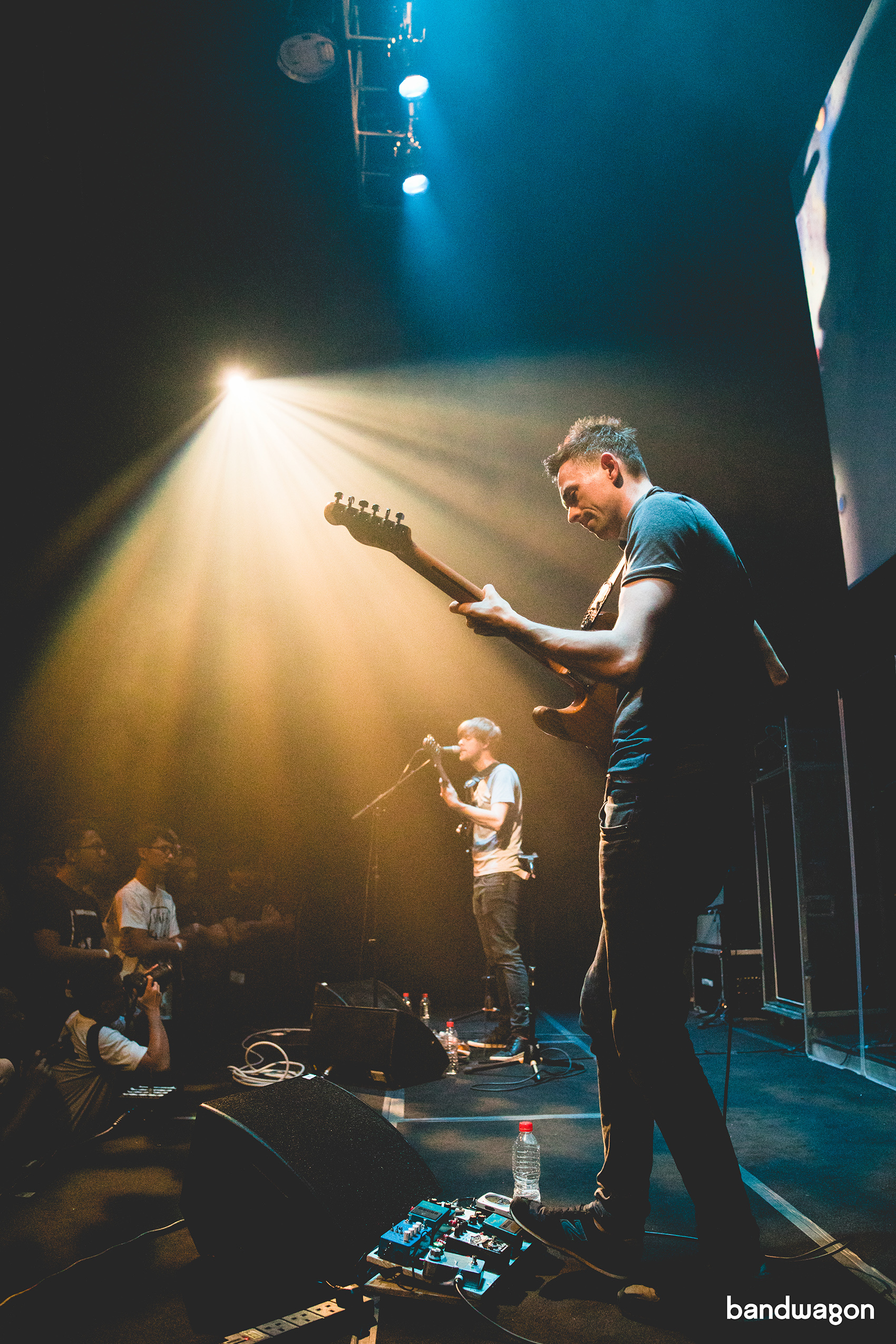 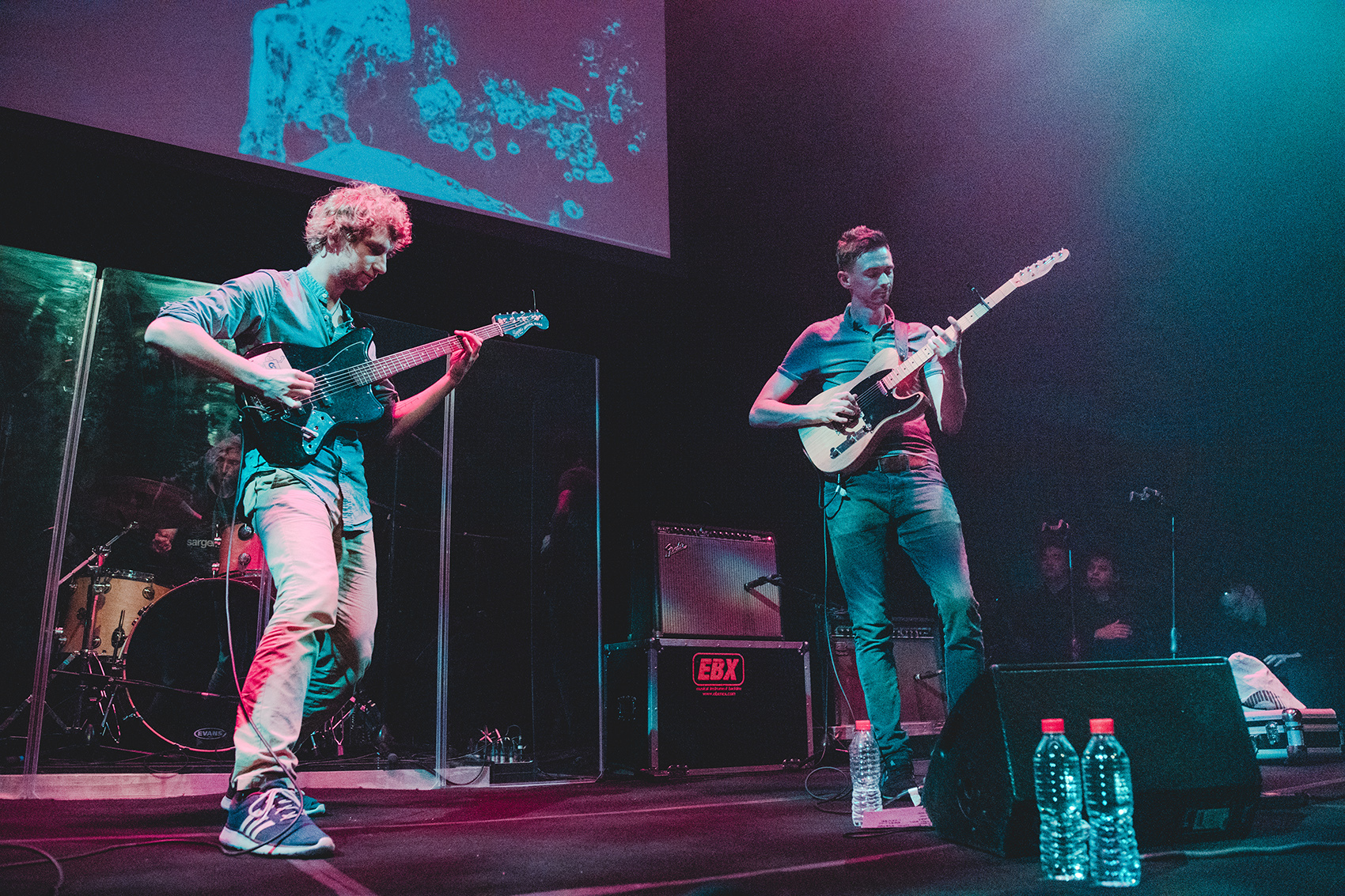 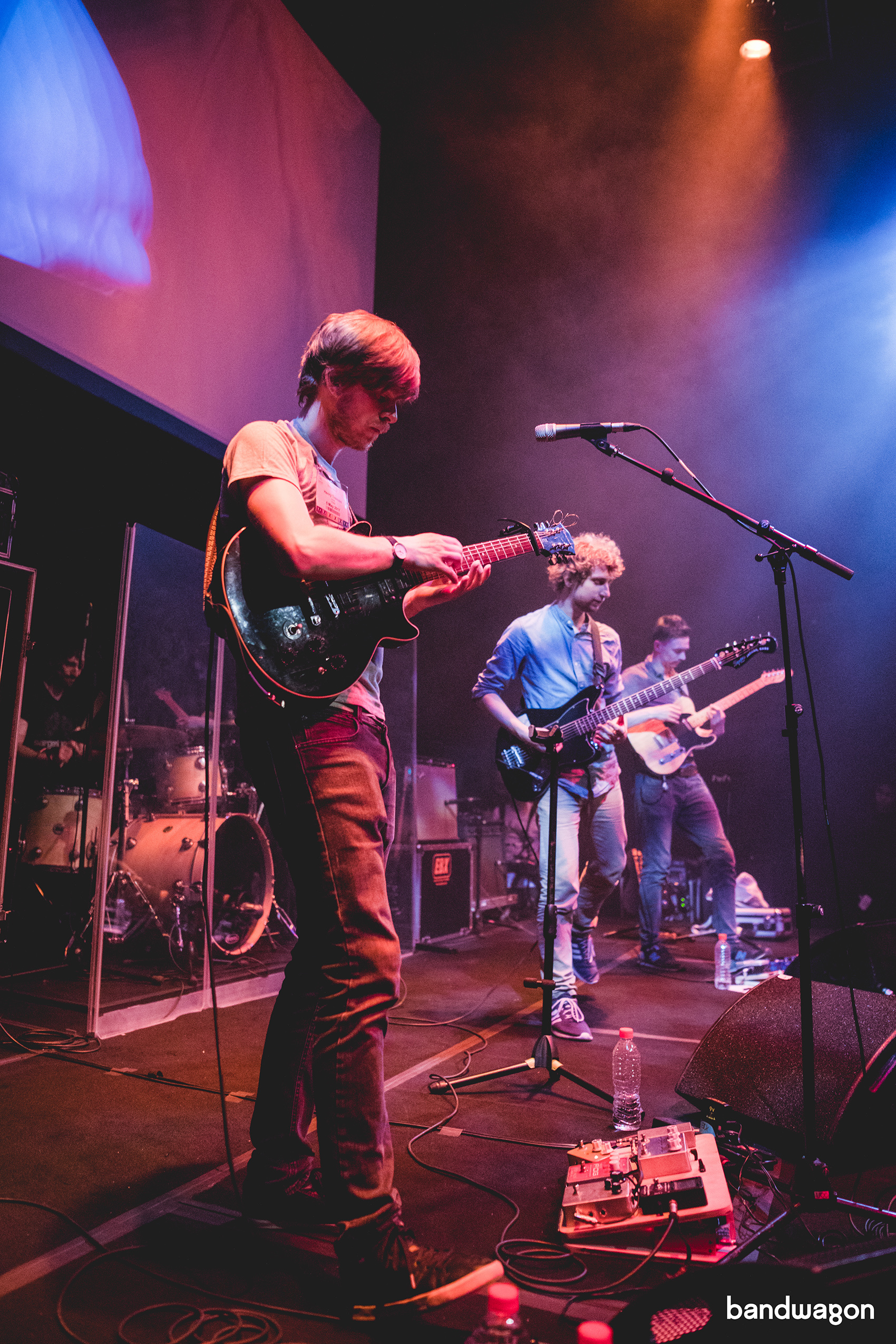 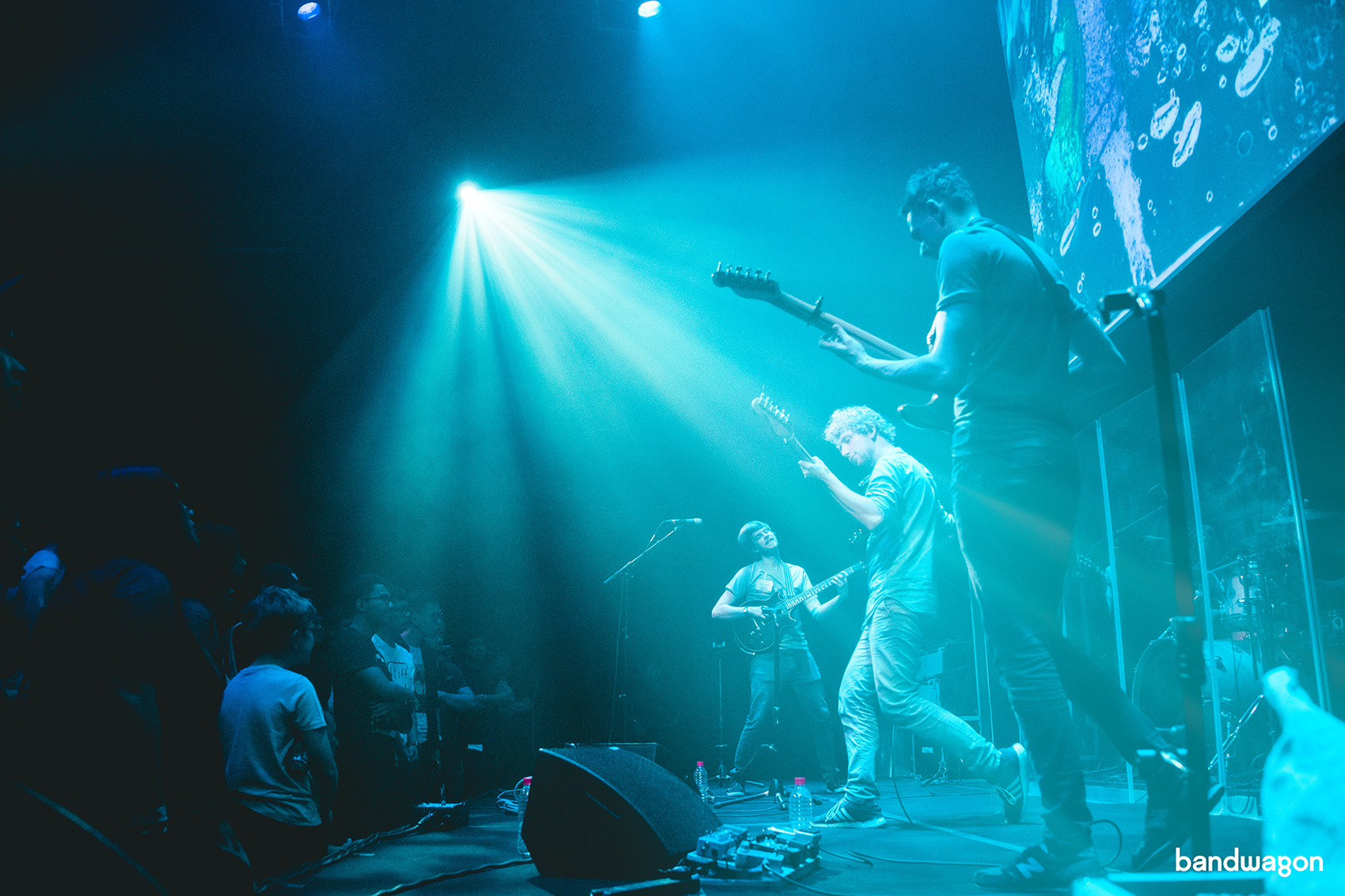 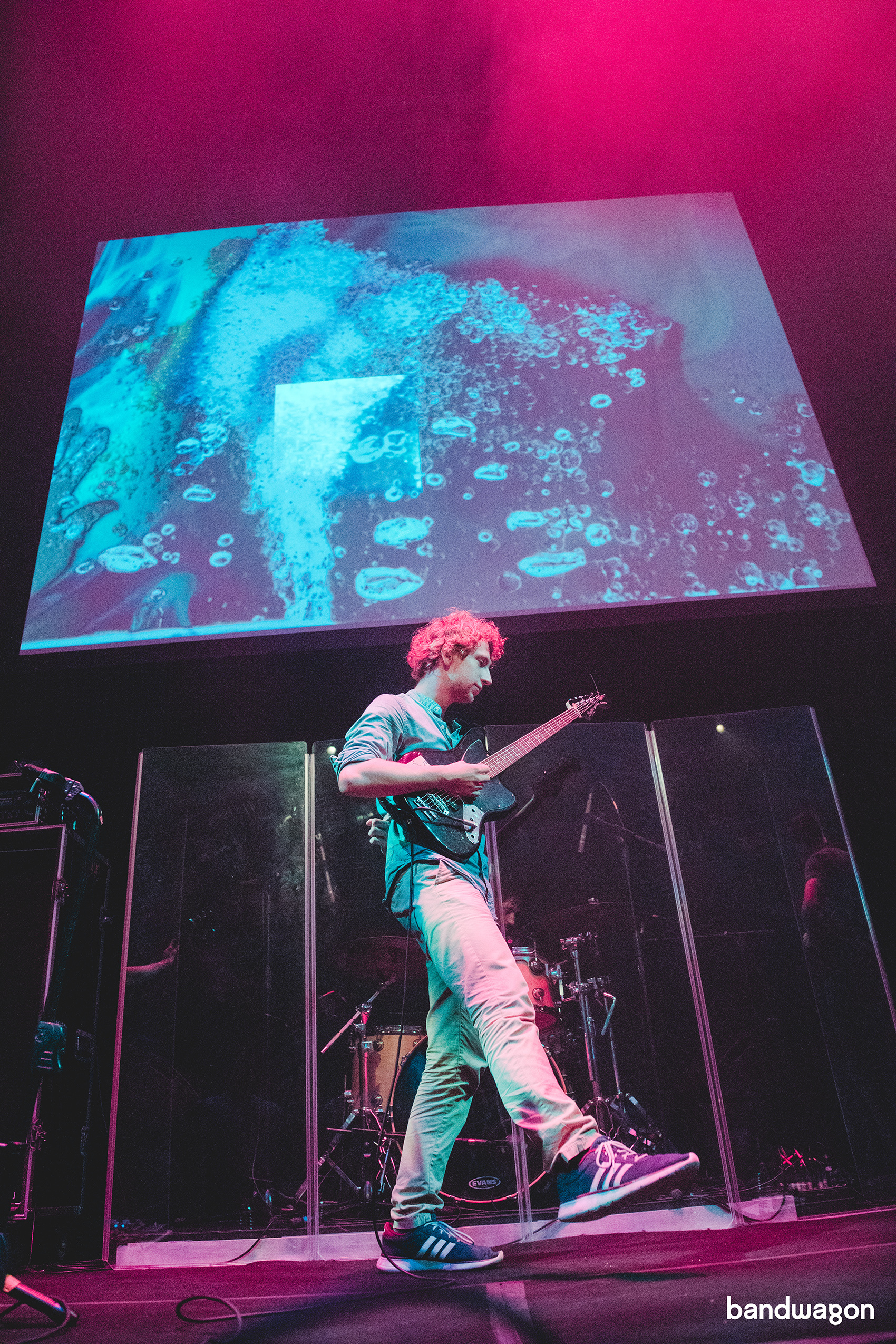 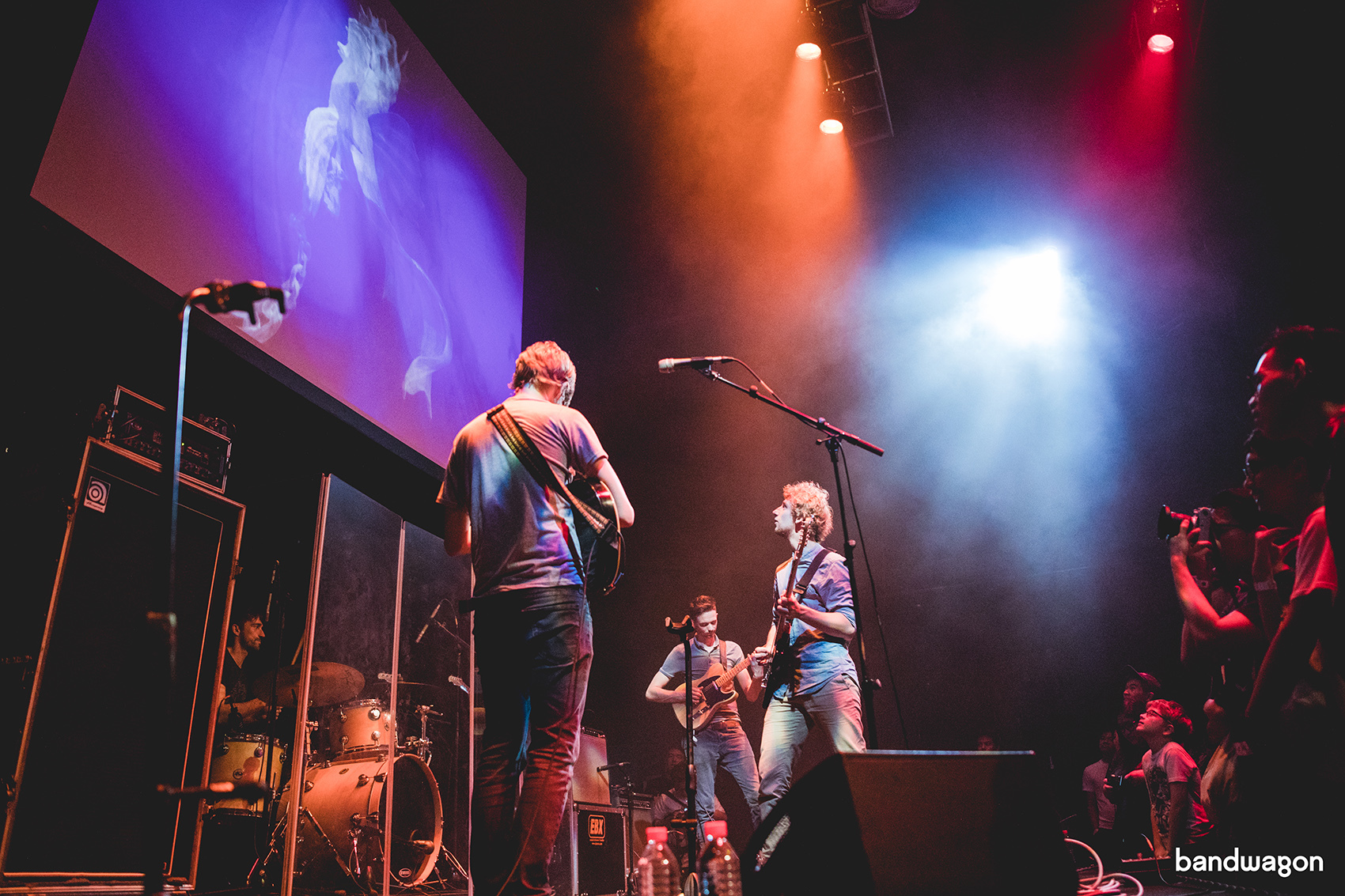 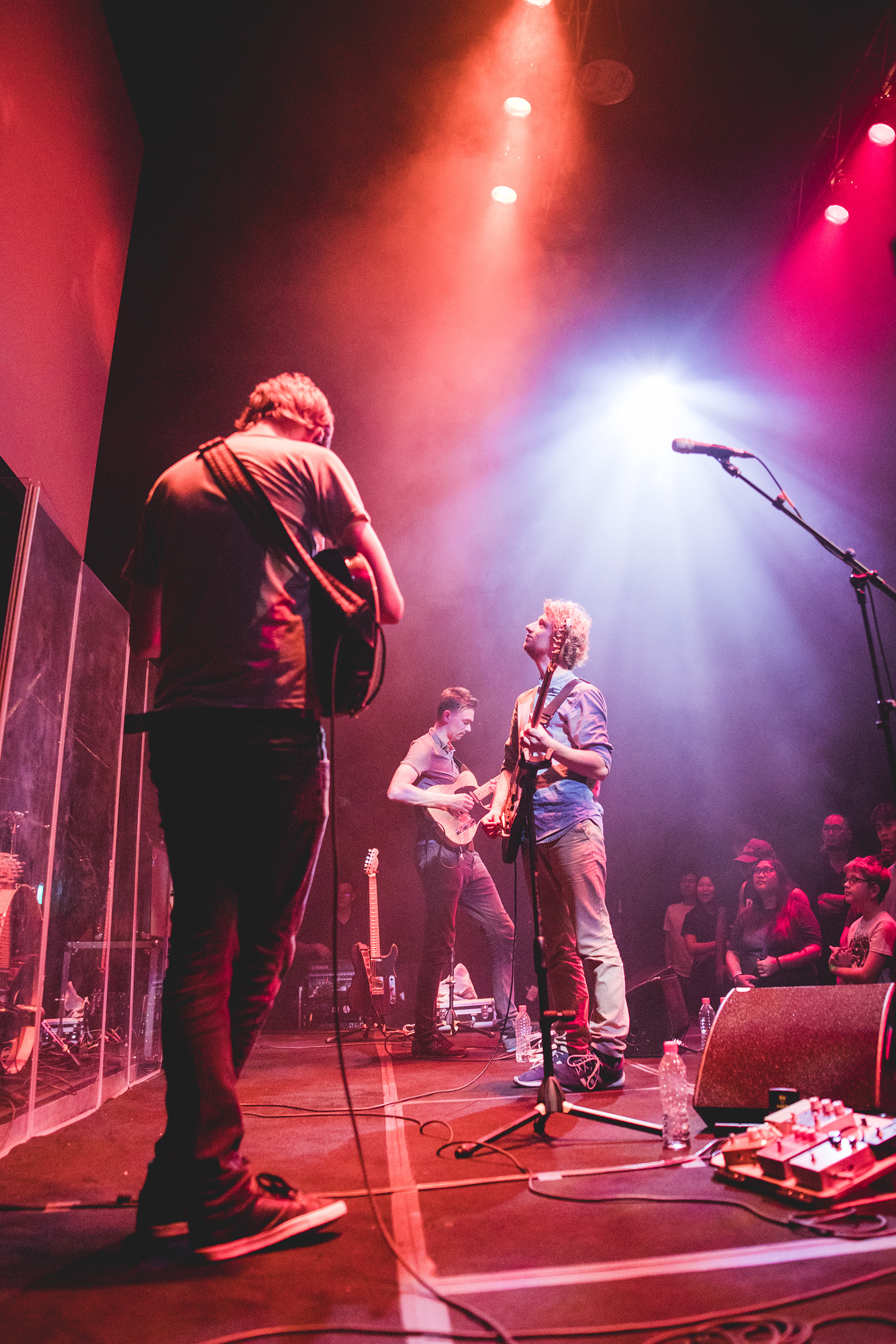 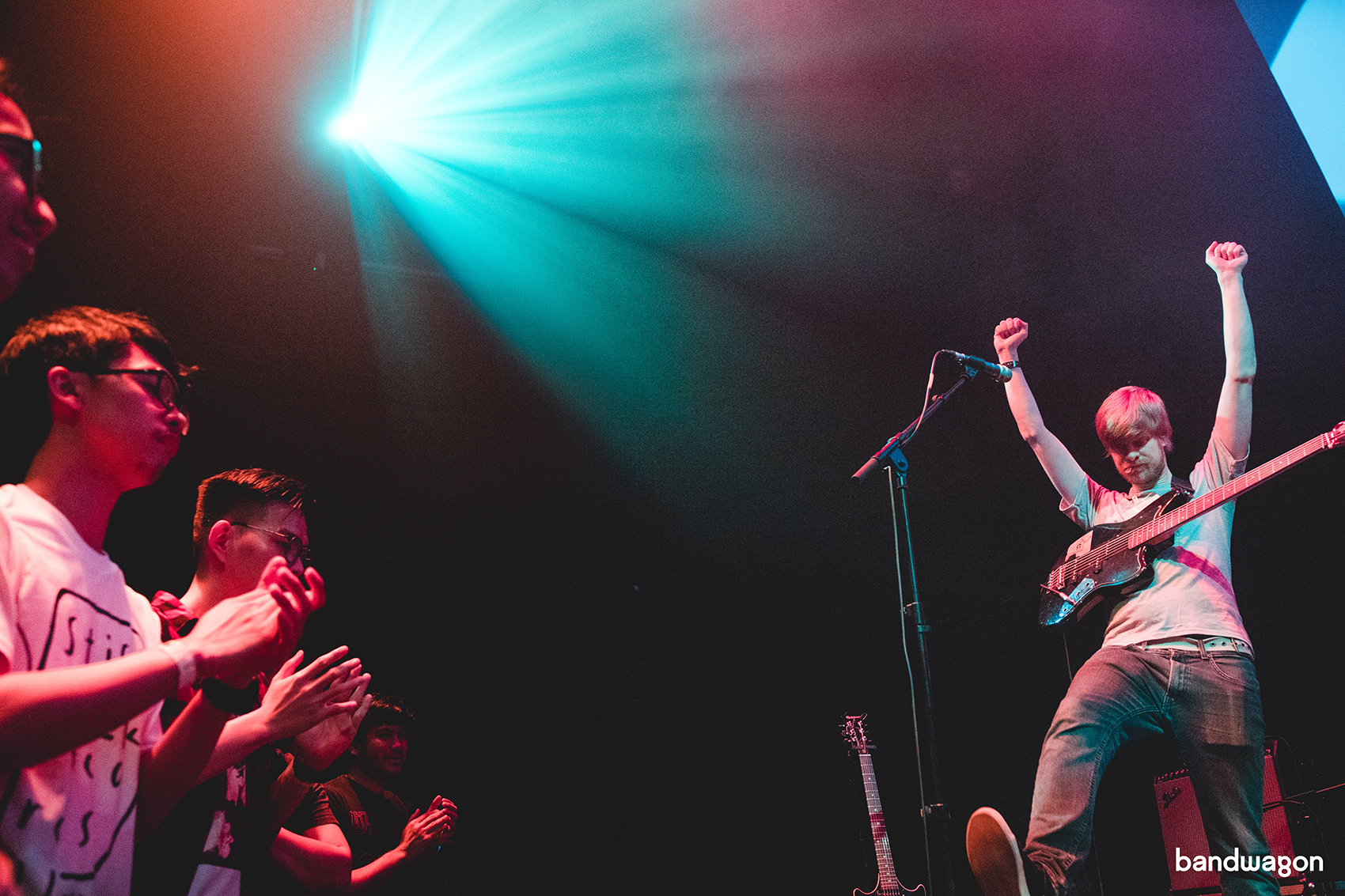