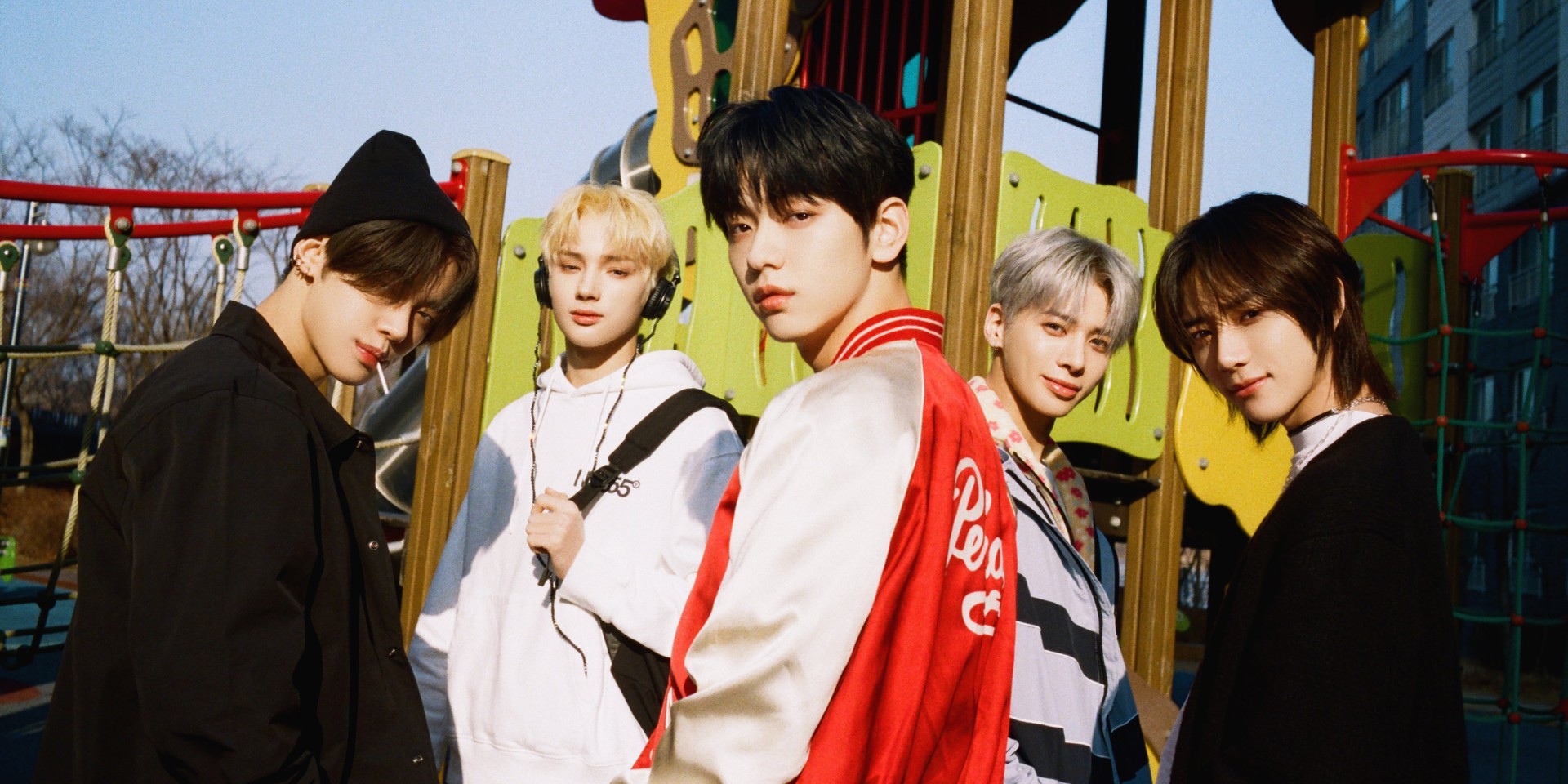 TOMORROW X TOGETHER (TXT) have returned!

Over a year from their debut album, the Korean group are back with their latest record. Entitled The Chaos Chapter: FREEZE, the album marks a new era for TXT following The Dream Chapter in 2019. This new era is said to represent healing and "shaking the ordinary".

The Chaos Chapter: FREEZE features 8 songs including the highly anticipated pop-rock title track, '0X1=LOVESONG (I Know I Love You)' that features 88rising act Seori and was co-written by BTS' RM. The album also includes a list of global collaborators including Olly Murs, Ashnikko, MOD SUN, Alex Hope, and more, as well as HYBE CEO Bang Si-hyuk.

In a media showcase held before the album drop, TXT shared that '0X1=LOVESONG (I Know I Love You)' is reminiscent of a teen movie with dramatic melodies and vivid storytelling. With the inclusion of Seori, the group said that the song boasts a diverse range of vocals that capture the unique nature of the song.

TXT also revealed that Bang Si-hyuk was actually the one who enlisted RM to work on the title track after struggling to come up with lyrics.