TXT (Tomorrow x Together) have finally revealed their tracklist for The Chaos Chapter: FREEZE.

Slated for release on 31 May, the 'Blue Hour' act's new album features 8 songs including the title track '0X1=LOVESONG (I Know, I Love You)'. Featuring Korean R&B singer Seori, and produced by BigHit Music's Slow Rabbit, the title track was co-written by the likes of BTS' RM, Melanie Joy Fontana, hitman "bang," and more.

Seori recently signed with music collective 88rising and has previously worked with DAY6's Jae (eaJ) and keshi on 'it just is'. 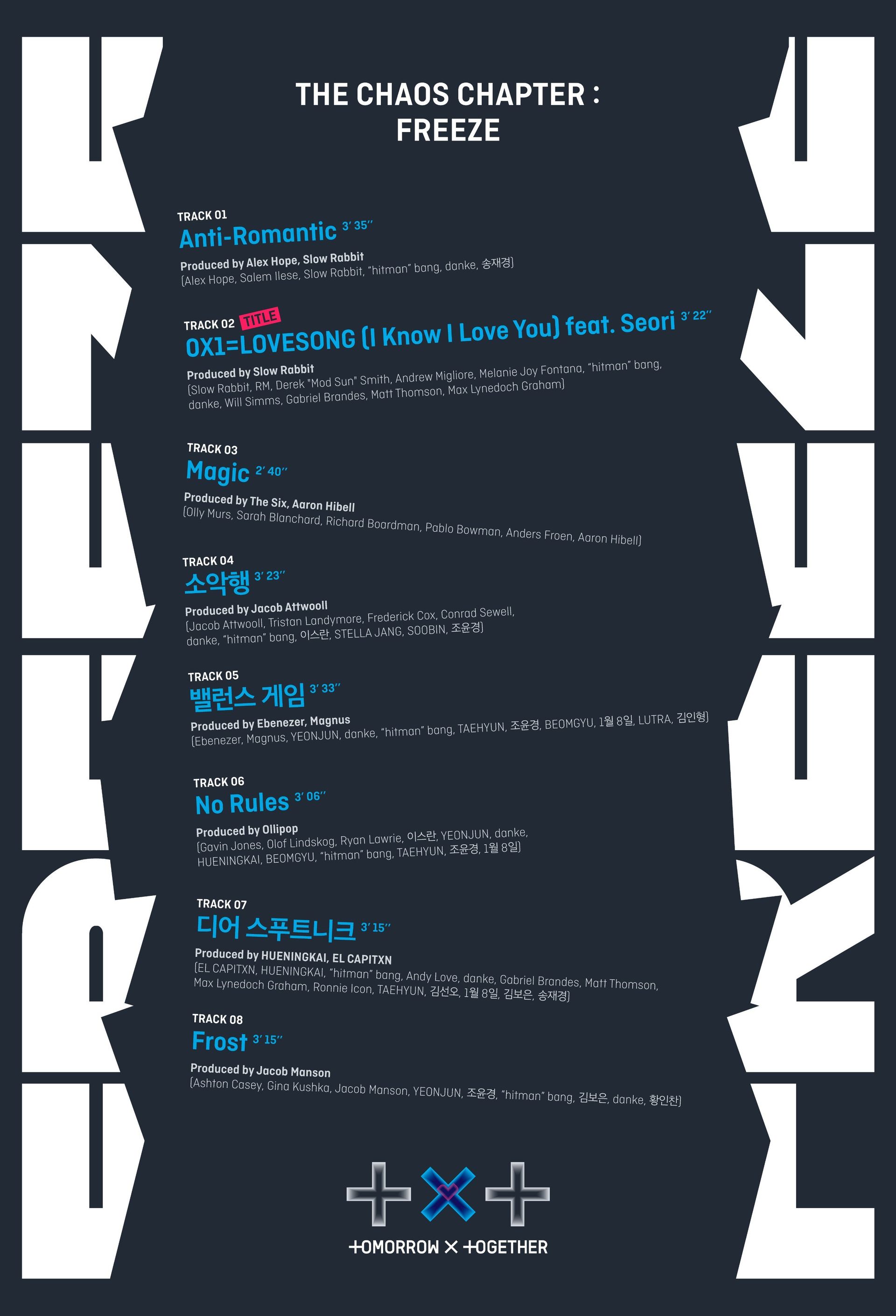 The upcoming album also features a string of global collaborators such as the likes of Olly Murs, Ashnikko, Alex Hope, MOD SUN, No Love for the Middle Child, and more. TXT also partcipated in the making of the album, with songwriting contributions by all five members, plus producer credits for Hueningkai and Yeonjun.

The upcoming album officially marks the end of The Dream Chapter era. The Chaos Chapter: FREEZE is now available for pre-order via Weverse Shop. Pre-save it here.