Singer-songwriter eAeon and BTS' RM have reunited once more for '그러지마 Don't'.

The song, which serves as the title track of the MoT and Night Off member's new album 정규 앨범 Fragile, talks about growing apart from someone you love.

Ahead of the official release on 30 April, 5 PM KST, both artists shared their excitement for the collaboration by posting teasers on their respective social media channels. RM shared a screenshot of the new track saved on his phone via global fan platform Weverse, while eAeon dropped a series of teasers, including the album tracklist earlier this week. 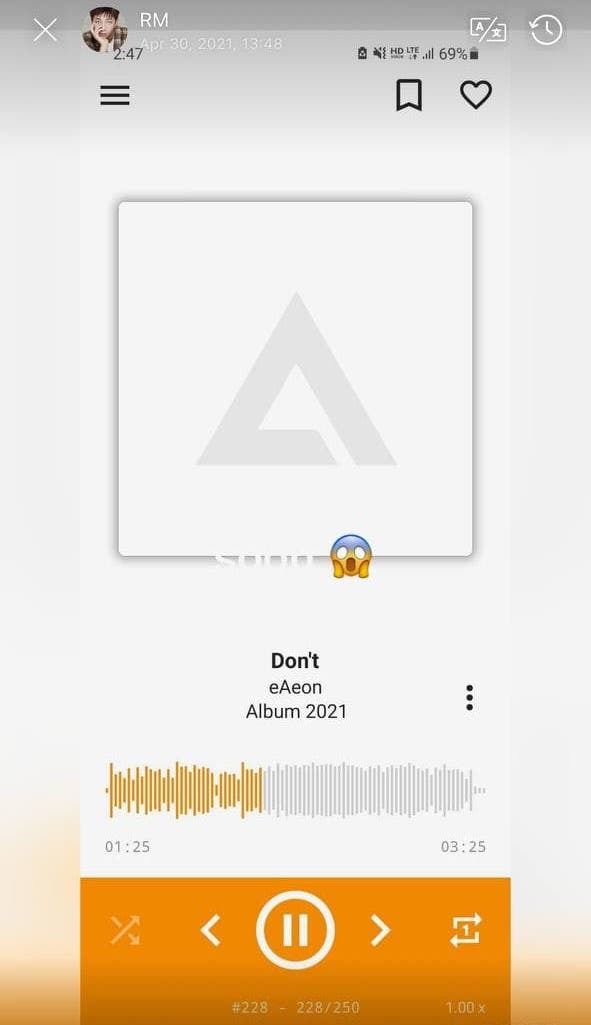 In a note, eAeon revealed his thoughts about the title track, saying how he wanted to write a song about being vulnerable.

RM also shared the new track with BTS fans via their Twitter account, writing how much he loves and respects eAeon and working with him.

Korean singer-songwriter John Eun, who features on guitar for three tracks, including '그러지마 Don't,' shared on Instagram: "It is an honor to be a part of this."

RM and eAeon previously worked together in 2018 on 'badbye' from RM's mixtape,  mono. Meanwhile, both RM and eAeon featured on backing vocals on John Eun's 2020 single, 'Hope'.

The 11-track record, which is slated for release on vinyl later this year, also features collaborations with neo-soul singer Jclef and rapper Swervy.

I believe it will be possible to ship overseas once the general sales begin. I will inform you in detail.
Thank you!