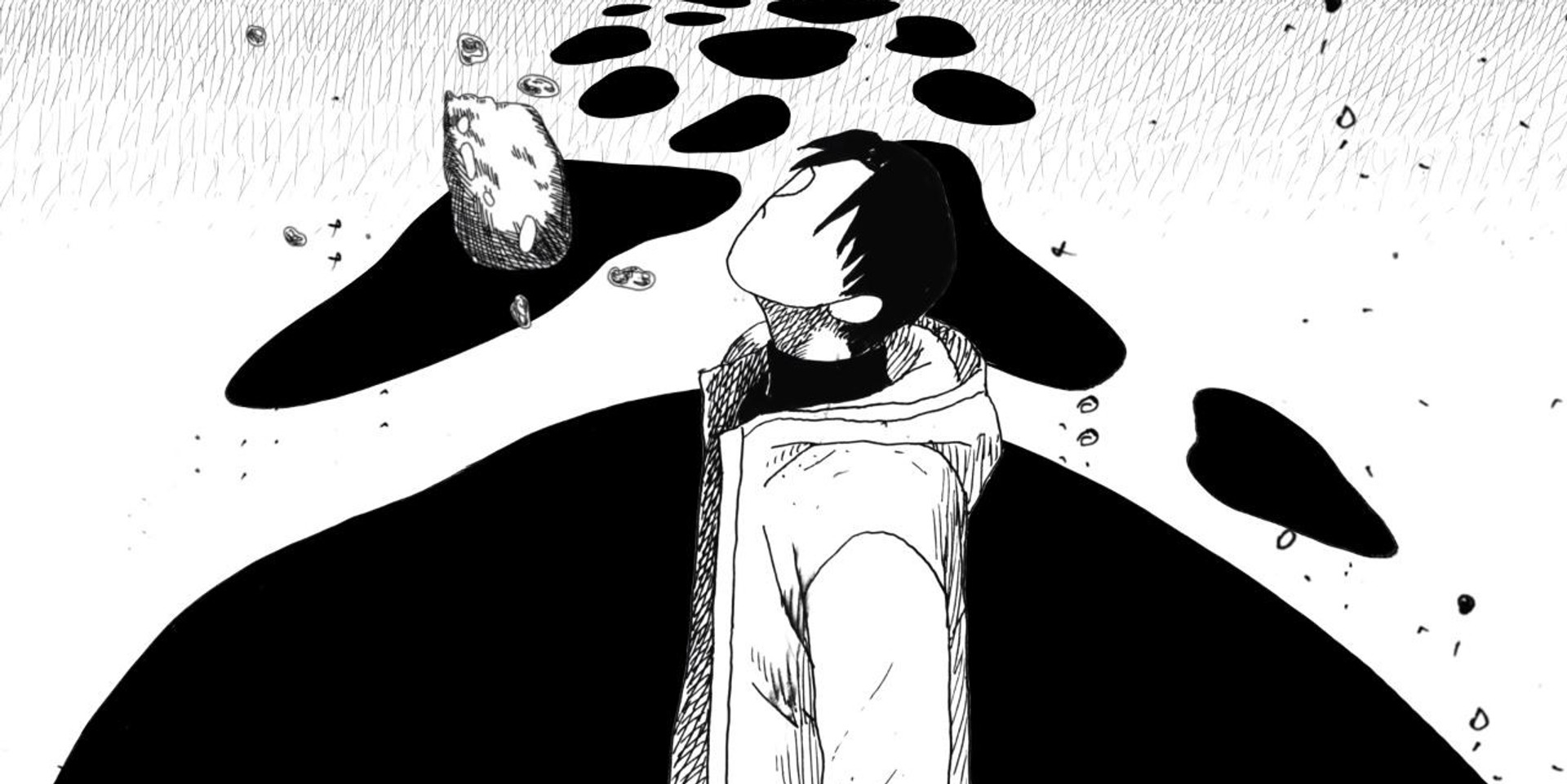 RM, known as Kim Namjoon or Rap Monster of BTS, released his solo playlist mono and went straight to the top of the charts. (10/23)

Preceded by the 2015 mixtape RM and 2017 single 'Change' (featuring Wale), mono reflects a raw and sentimental side of the strong, passion-driven artist.

RM bares his soul through hazy word repetitions and a slow-paced rhythm in his latest single 'forever rain'. In the form of an animated music video, RM shares a monochromatic world which, despite its lack of color, can bring everyone together-- that no matter how you feel or where you are from, there is a bright light wherever you go.

It was released at 12 a.m. KST and has reached number 1 on iTunes in 88 countries as of writing. It also managed to break records by bumping off his very own group's record, BTS's repackaged album Love Yourself: Answer, for the most charted Korean album on iTunes.