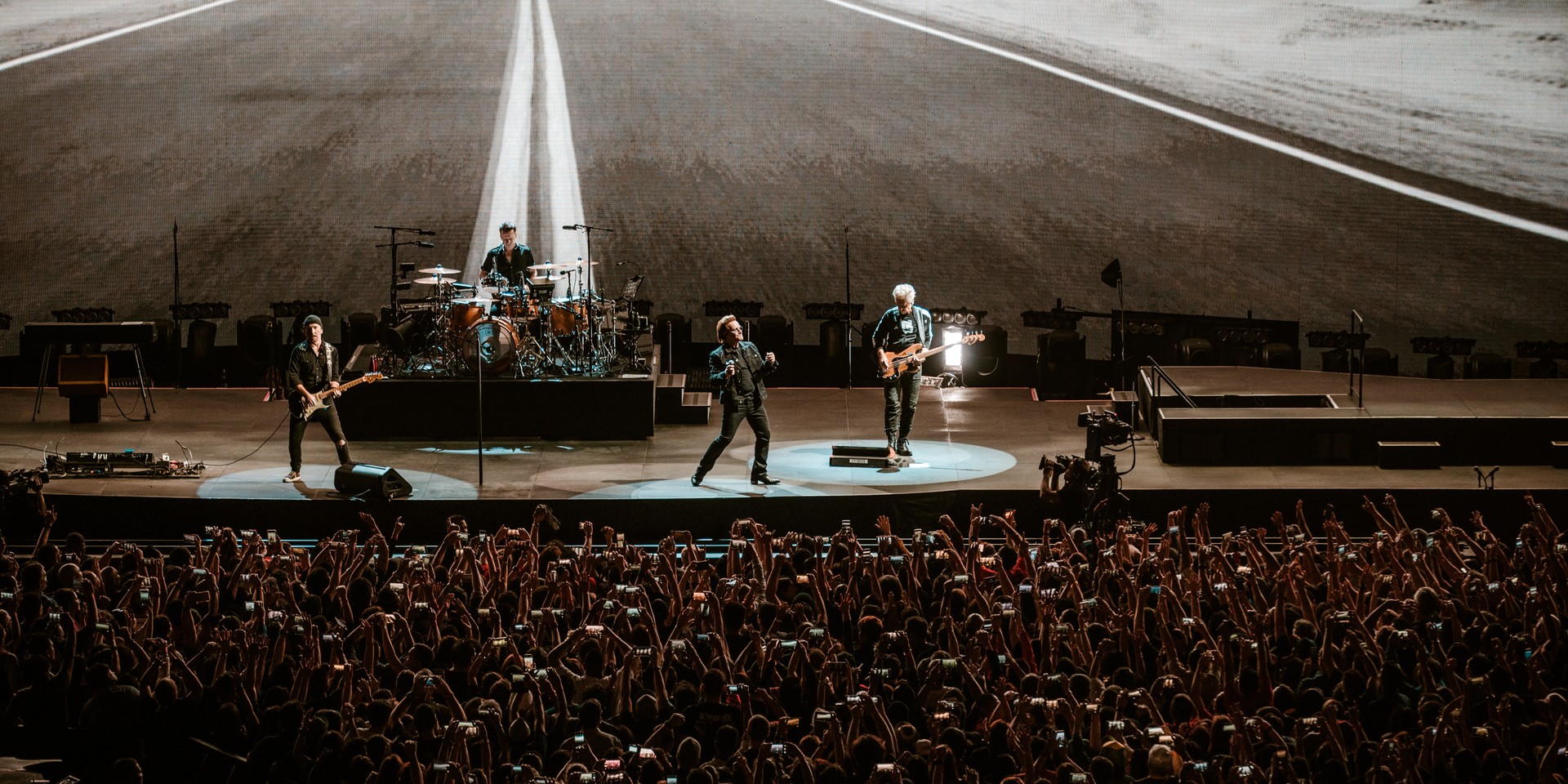 In 1987, U2 released their fifth studio album, The Joshua Tree. It was the record that turned the Irish ex-post-punkers into arena rockers and catapulted them into superstardom. It sold 25 million copies worldwide, and earned the band their first two Grammys, among other accolades. It contained some of the band’s most recognizable songs, including the hit 'With or Without You.' If there was one U2 record that everybody owned, it was The Joshua Tree. Everybody, except this writer. Well, at least not anymore.

I have heard The Joshua Tree, and owned the CD in my youth, but in dire straits, at one point in life I decided that it wasn’t a record worth keeping, so I sold it. But I was a fan. I brought my War cassette to music class in high school and played 'Sunday Bloody Sunday' as my favorite song at the time. I still play The Edge’s riffs whenever I test a delay pedal. But after 1993’s Zooropa, I just stopped liking U2. 2000’s All That You Can Leave Behind piqued my interest a bit because 'Beautiful Day' was inescapable, but when my iTunes suddenly contained Songs of Innocence in 2014, I was more annoyed than grateful.

So when the news of U2 coming to Asia in late 2019 to resume 2017’s commemorative The Joshua Tree Tour came out, I received it rather lukewarmly, while my friends rushed to book tickets for the band’s Singapore shows on November 30 and December 1. I felt, however, that a Philippine show was inevitable, especially after I saw a seasoned concert director’s post on Facebook asking to borrow a delay pedal. Some posts earlier, he hinted about a big project while working at the Philippine Arena. While he never explicitly stated the connection between both posts, to me the project was obvious. With the biggest indoor arena in the world being the only venue in the country that could possibly host an enormous stage production such as U2’s already in place, it was only a matter of time until the band would come to our shores. I wasn’t surprised when it was announced that U2 would bring their tour to the arena on December 11, but I still couldn’t be convinced to buy a ticket. Maybe if it were an Achtung Baby tour. Or The Unforgettable Fire. But not The Joshua Tree.

During the weekend of the Singapore legs of the tour, I started seeing my friends’ posts and Instagram stories from the shows. A married couple I knew even ran into Bono at Gardens by the Bay and had a photo with the singer, which made the news. I watched snippets of drummer Larry Mullen Jr. playing the iconic intro to 'Sunday Bloody Sunday,' and bassist Adam Clayton plucking the main hook to 'New Year’s Day.' I realized that these were songs that I loved once upon a time, and thought that perhaps I did want to catch the show here. So I went. 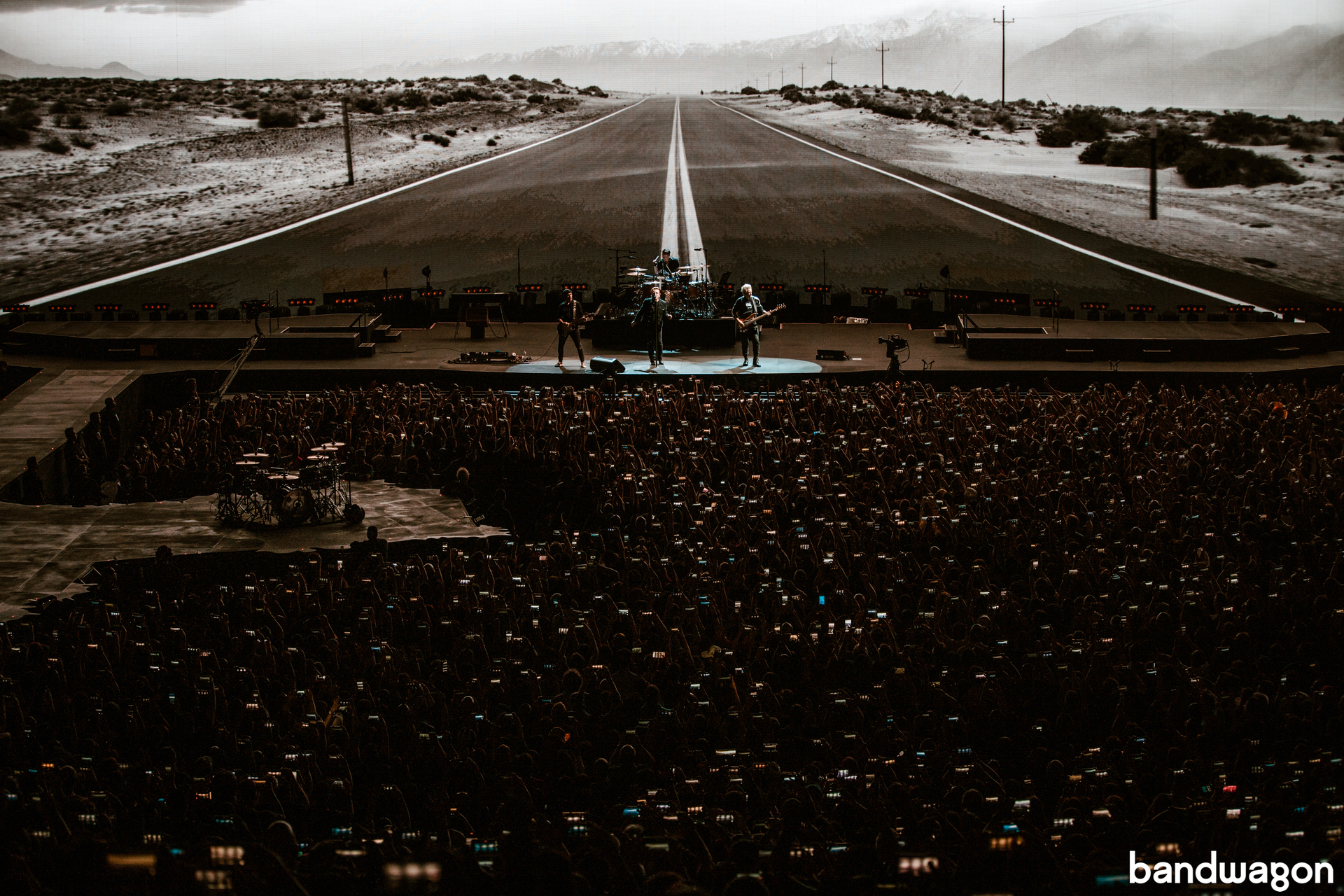 The show started an hour late because it took an eternity for people to enter the arena, and whether or not it was an act of good faith on the band’s part to push the show proper back to accommodate everyone, we’ll never know. But the first set of early ‘80s favorites was worth the wait; the band opened with 'Sunday Bloody Sunday' into 'Gloria' and then 'New Year’s Day.' The chiming chords of 'Bad' left me teary-eyed. 'Pride (In the Name of Love)' felt pedestrian but necessary. 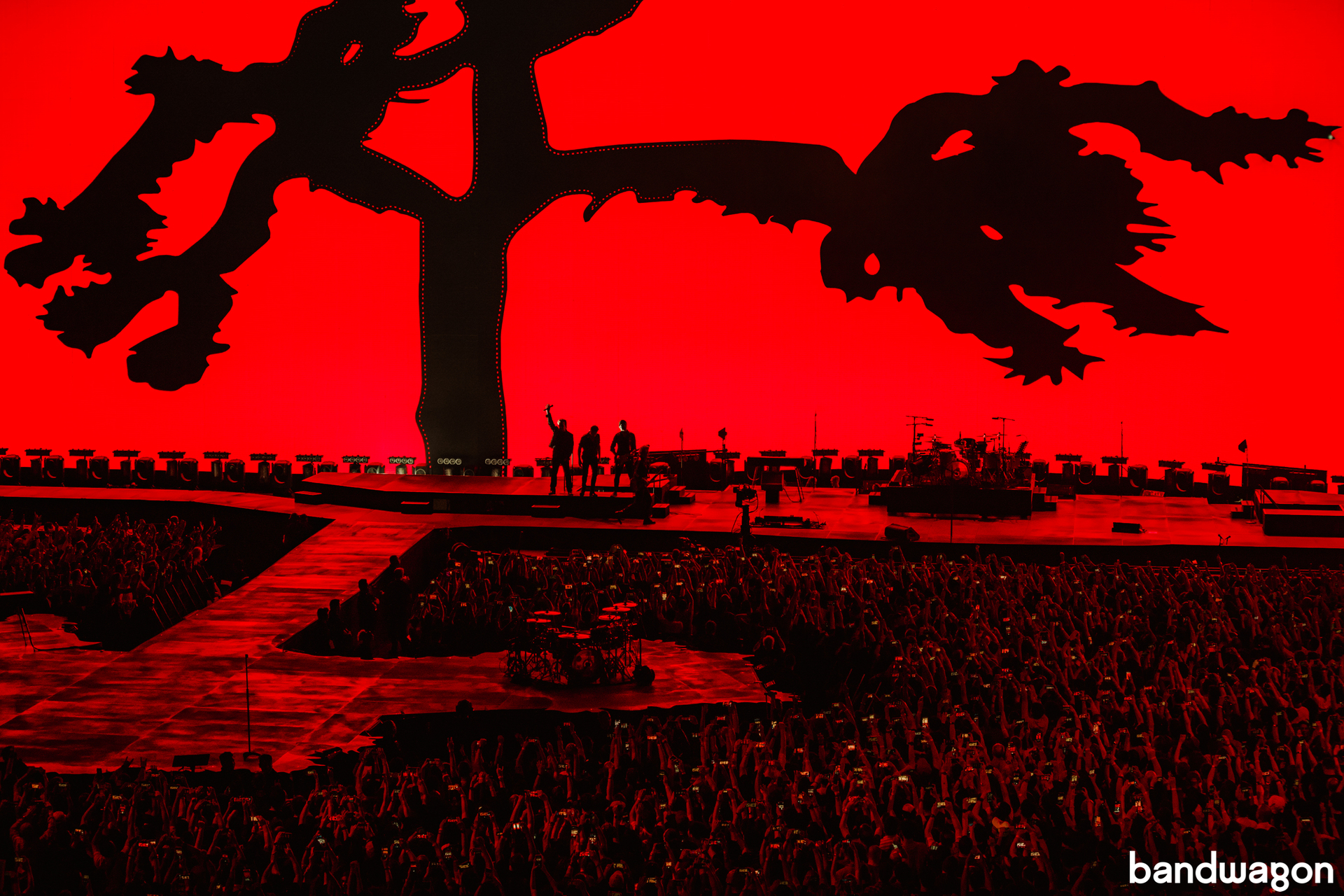 U2 then moved to the main stage to commence playing The Joshua Tree in its entirety. The fact that the venue played 'Where The Streets Have No Name' ad infinitum while attendees waited in line somehow dulled its impact, but it was still a thrill to hear it live. 'Bullet the Blue Sky' was a song that sounded better in the band’s official concert recordings, and here, it did not disappoint, as The Edge’s furious slide guitar rang throughout the arena. I sat down for the rest of the album set, at times recalling why I didn’t like The Joshua Tree anymore while having a new appreciation for some of the tracks (like 'Red Hill Mining Town' and 'Exit') upon hearing them live. 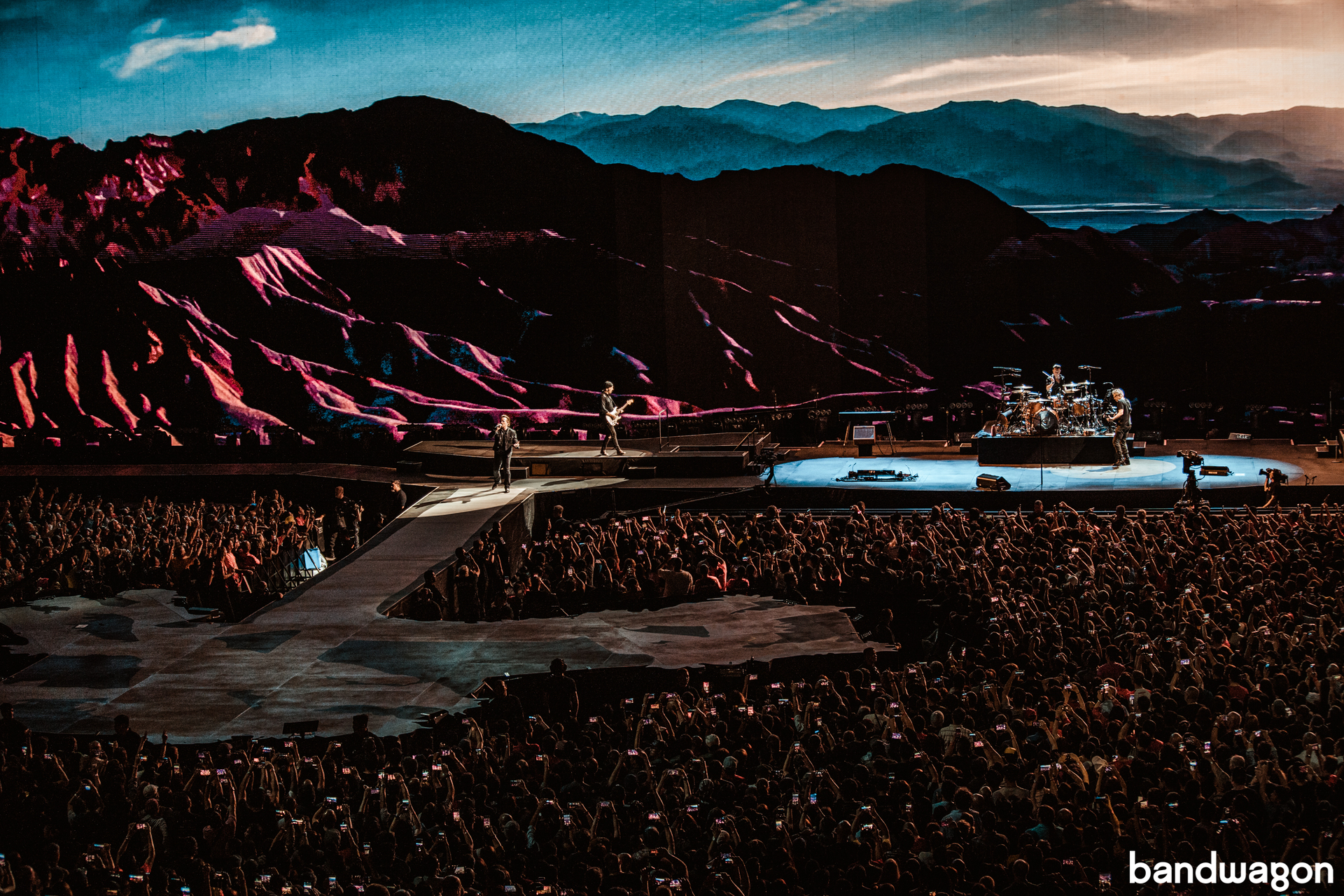 Throughout the show, Bono kept wondering why it took U2 40 years to come to the Philippines, and the answer to that was simple—we didn’t have a venue large enough to accommodate the 200 ft x 45 ft hi-resolution video backdrop they brought with them, or any of the behemoth structures from their previous tours, for that matter. Indeed, a U2 show is an audio-visual experience, and the massive screen proved effective all throughout, particularly on 'Ultraviolet (Light My Way),' during which they showed images of notable women who have rewritten “herstory” by fighting the good fight, including journalist Maria Ressa, women’s rights movement #BabaeAko, activists Joan Carling and Lidy Nacpil, and more. It was a treat seeing my dear friend Mich Dulce and her bandmates in The Male Gaze on the screen representing the Grrrl Gang Manila collective, and after applauding most of the faces that appeared, I realized I wasn’t paying attention to the band anymore, and they were playing a tight rendition of an Achtung Baby highlight. So yes, it could be distracting, too. 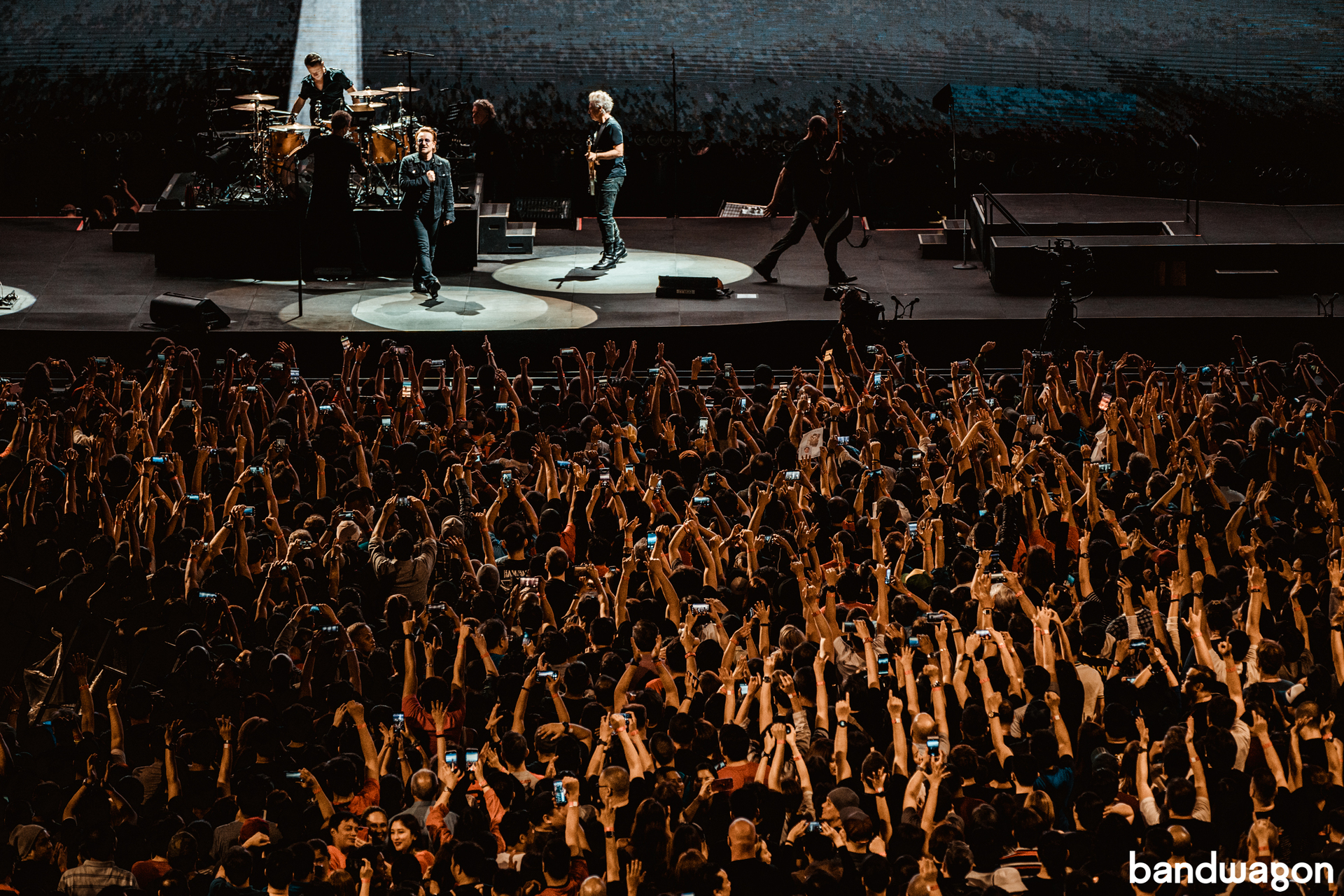 U2 closed with 'One,' but by then I was already worried about the traffic we had to brave on the way out. It took me over three hours to get home, cursing silently in my friend’s SUV in between attempts to nap, but the show was worth it, and I could only imagine what it meant to the band’s longtime devotees. Indeed, the singalongs were audible, and the appreciation was palpable. As for me, I was happy to have heard The Edge’s understated guitar wizardry live, and experienced a full-blown U2 show. See you in 2021 for the Achtung Baby tour. 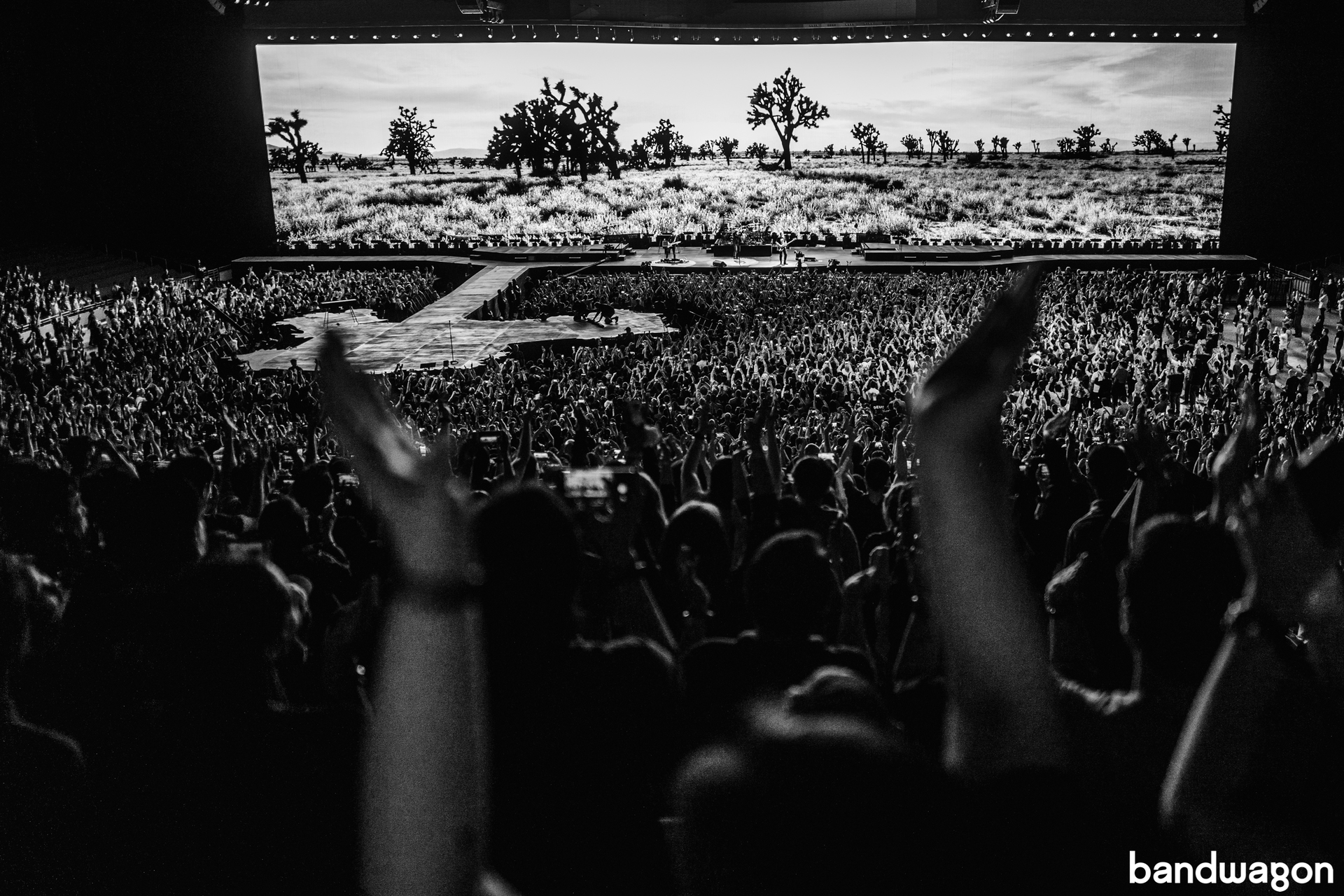 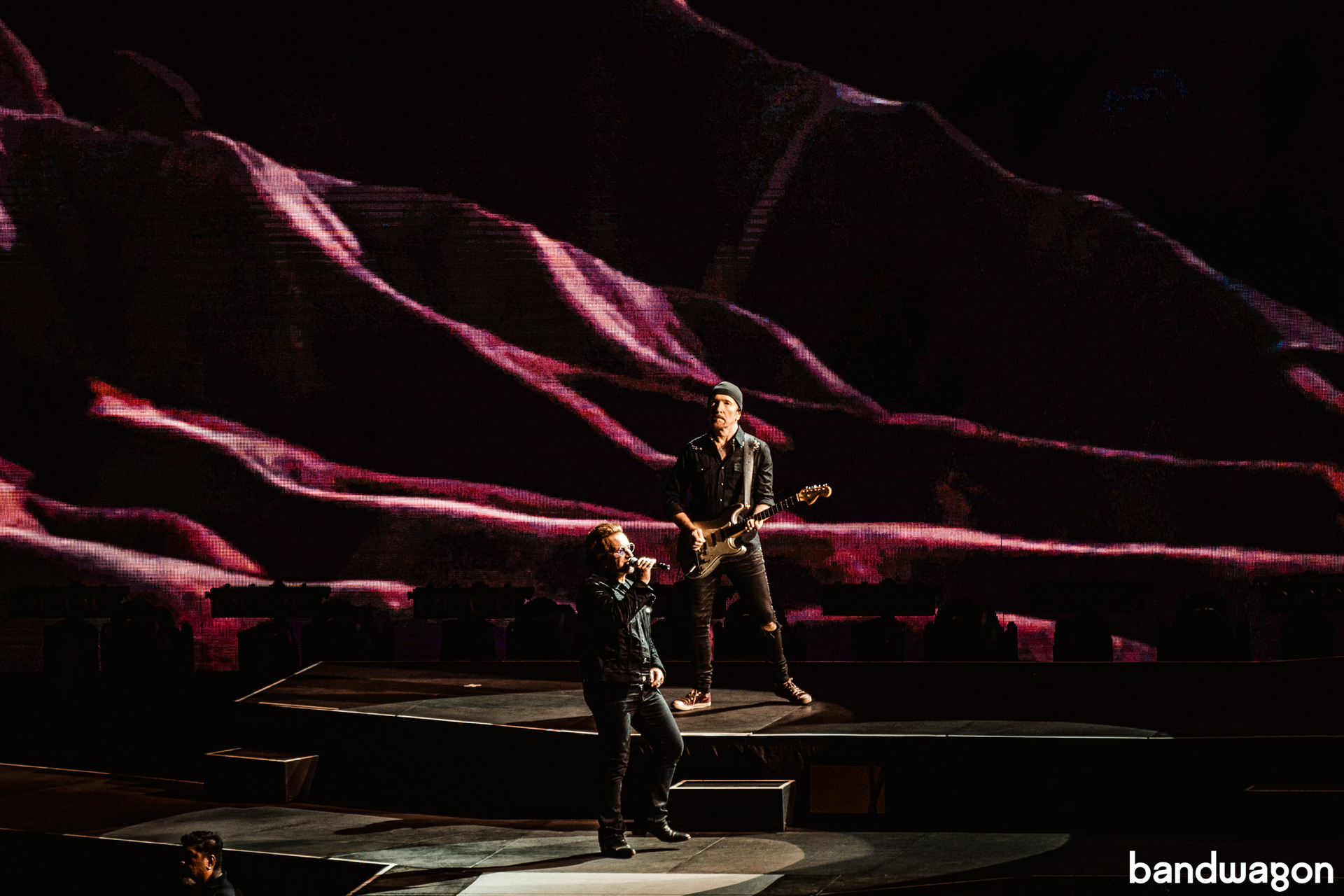 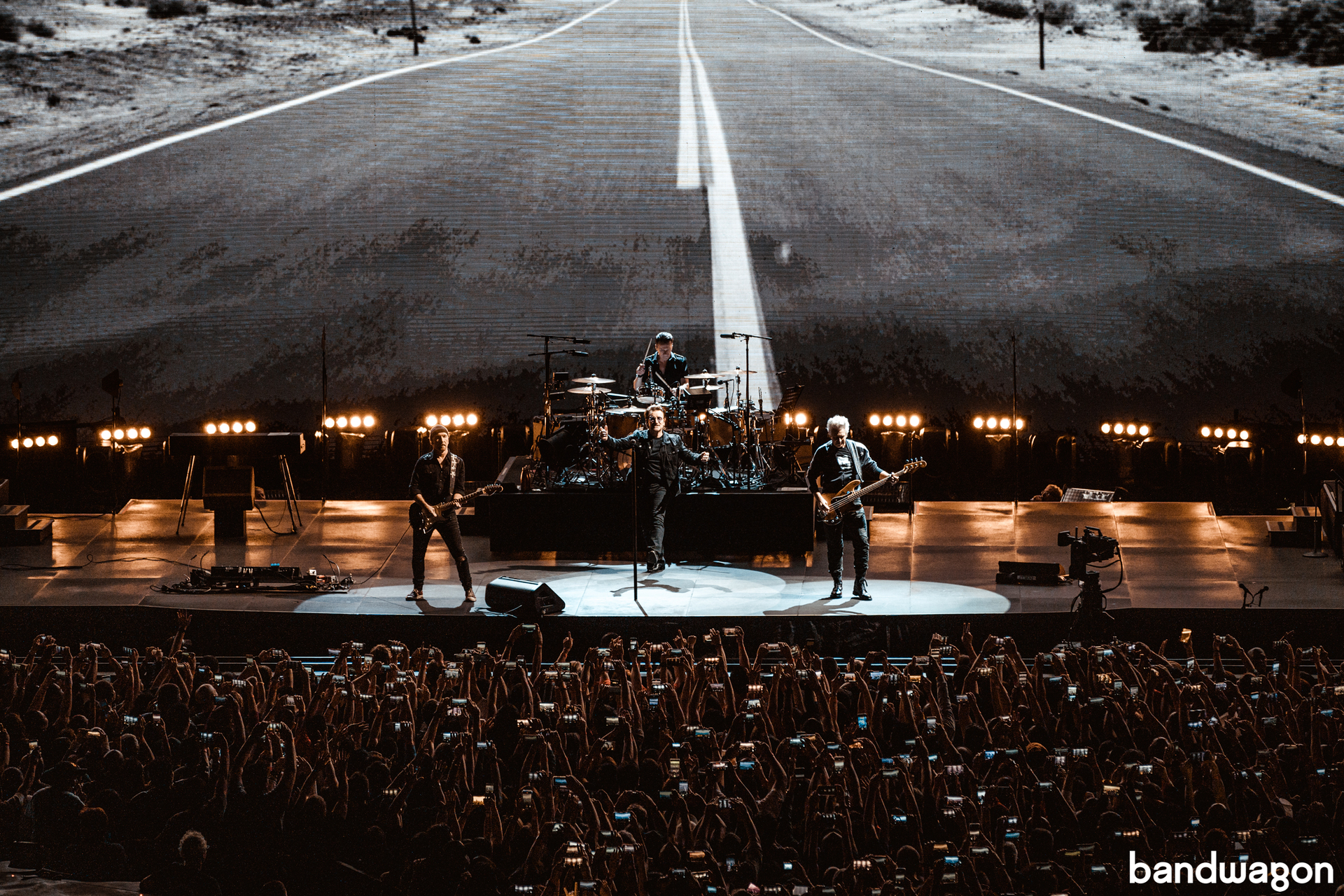 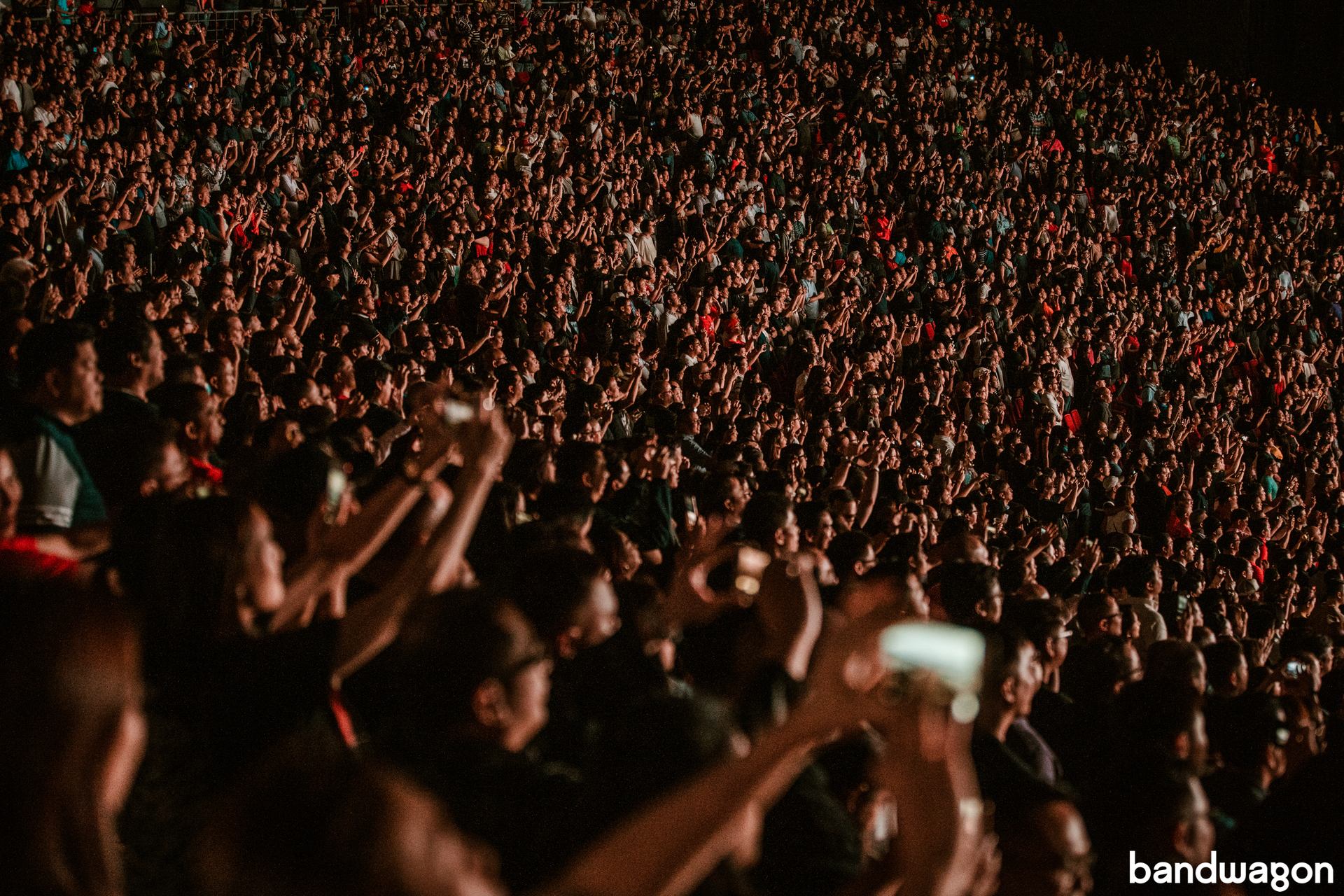 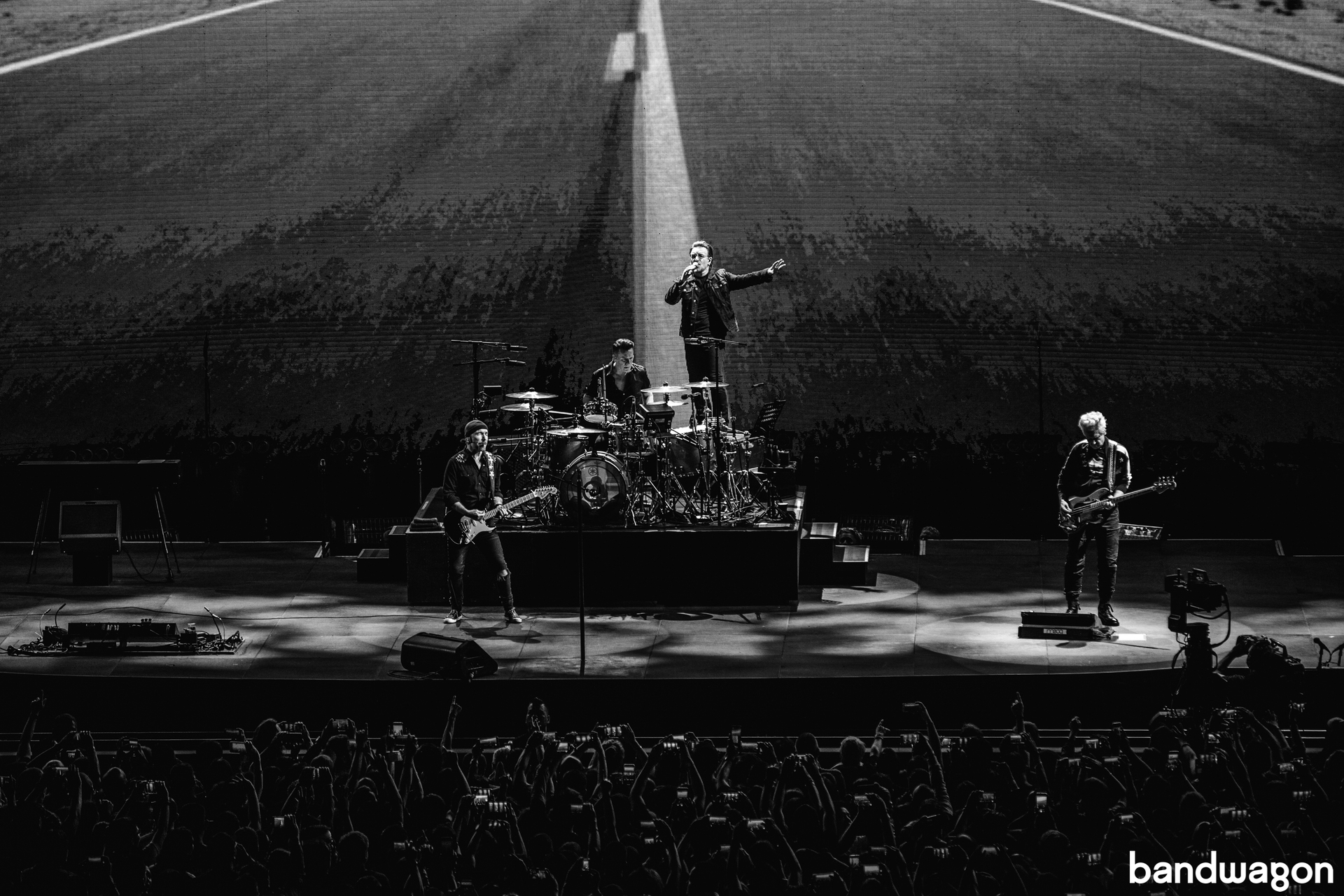 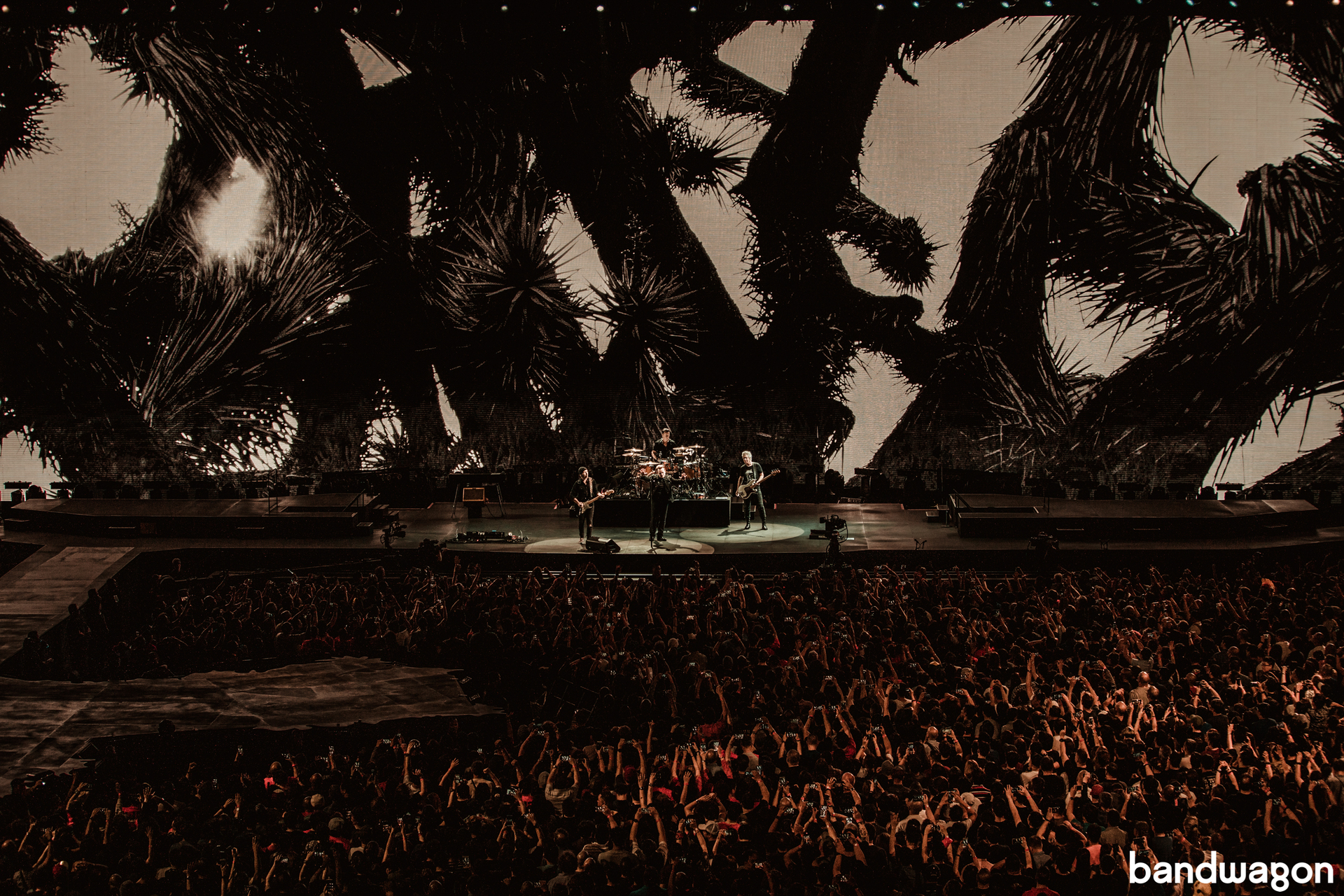 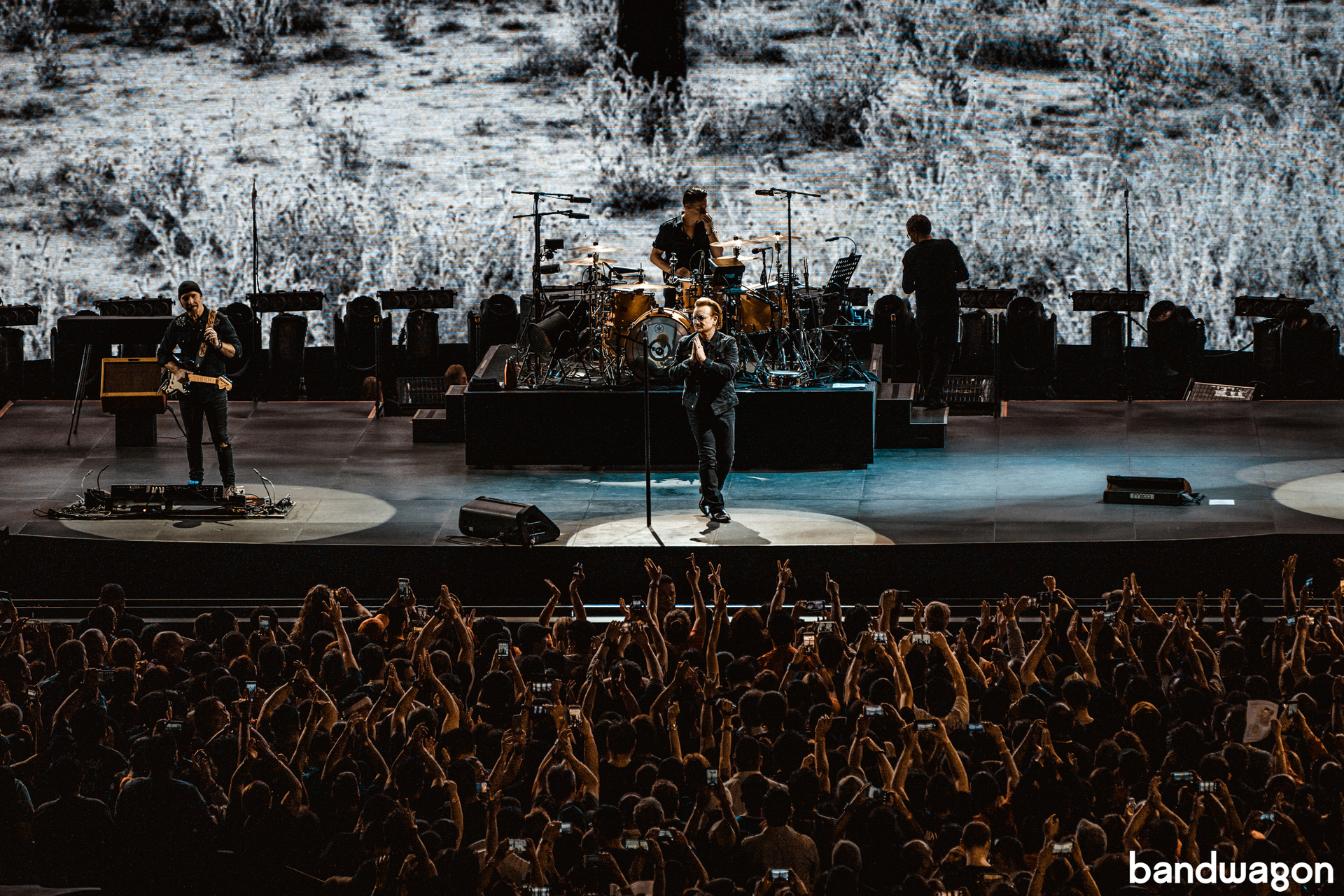 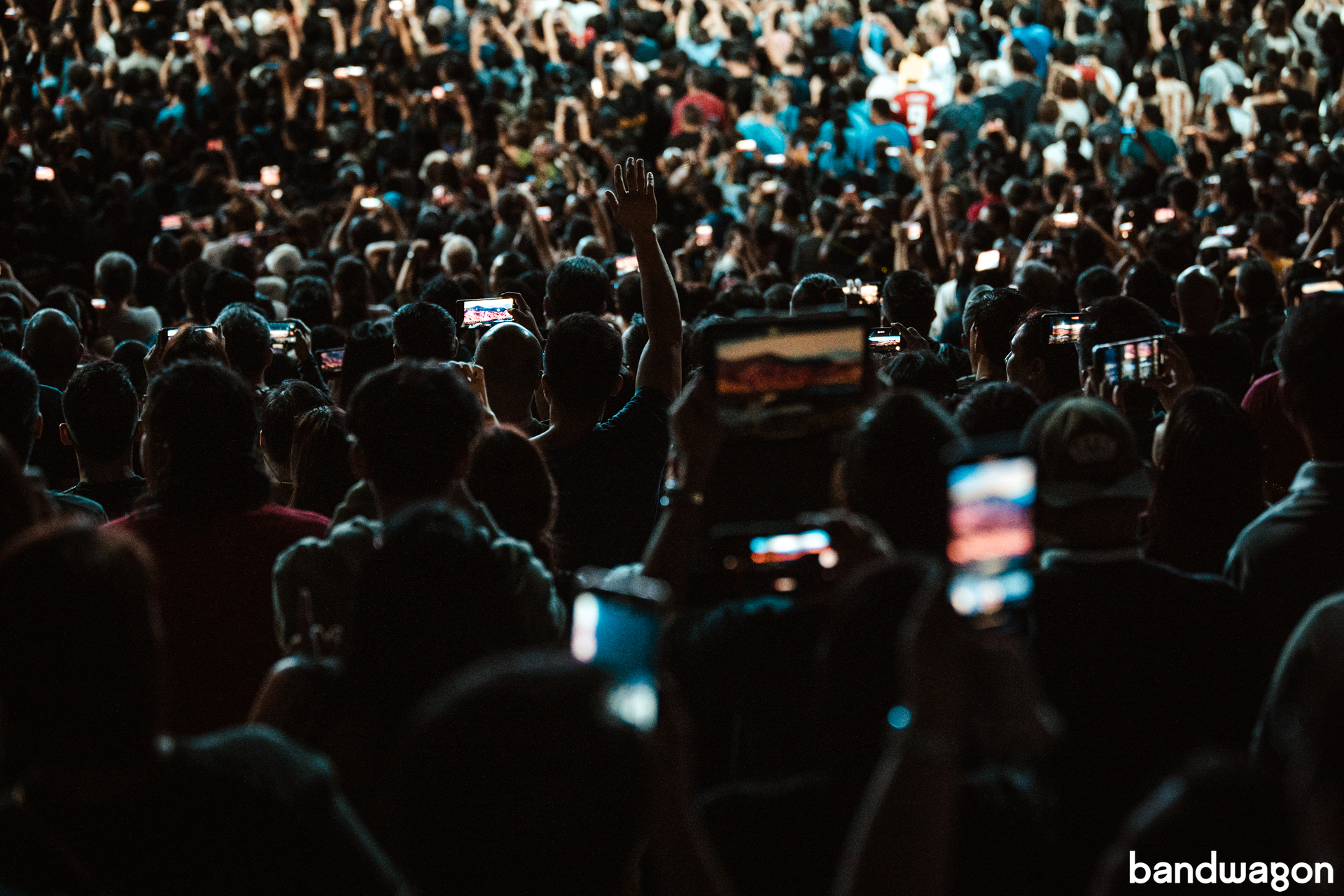 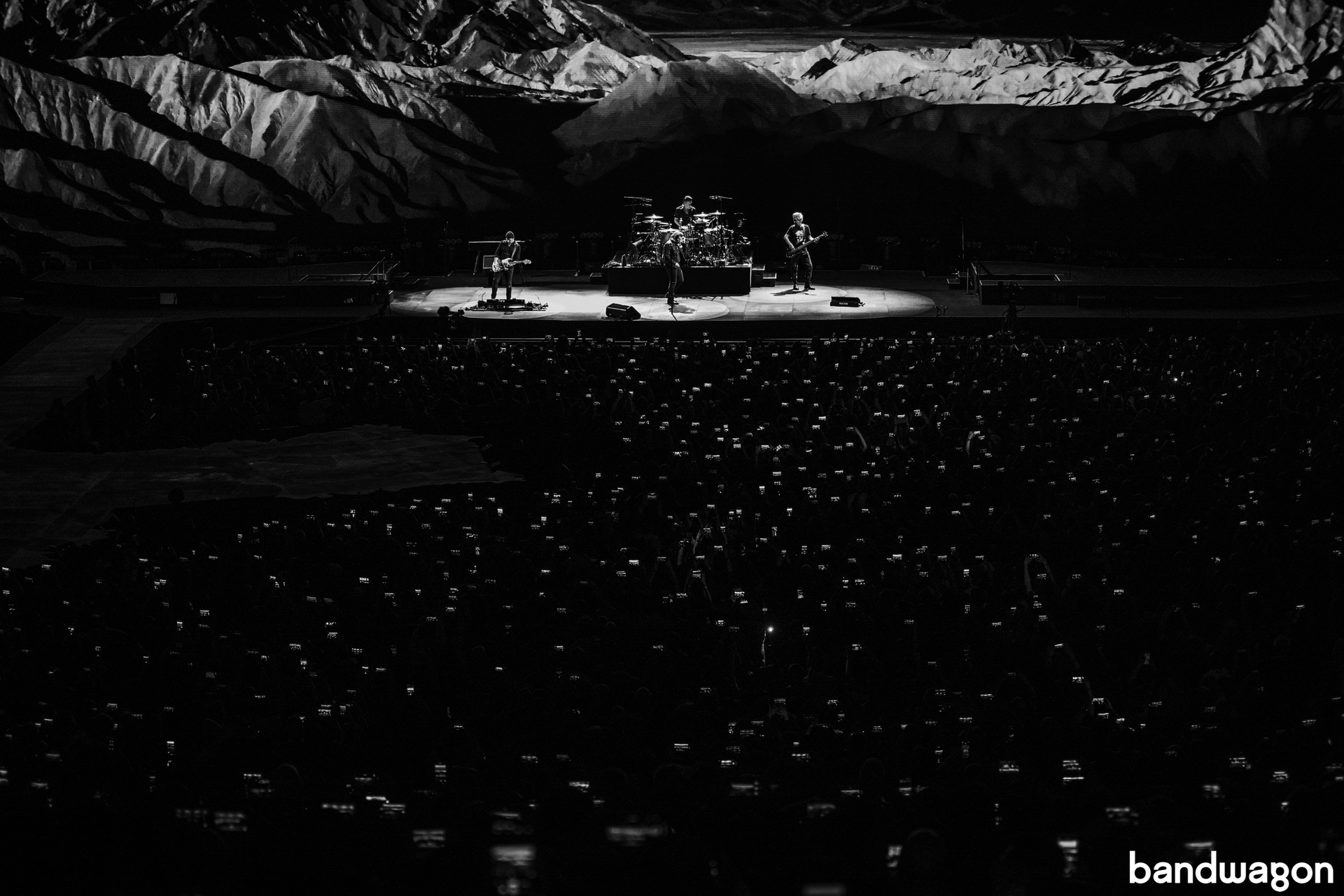 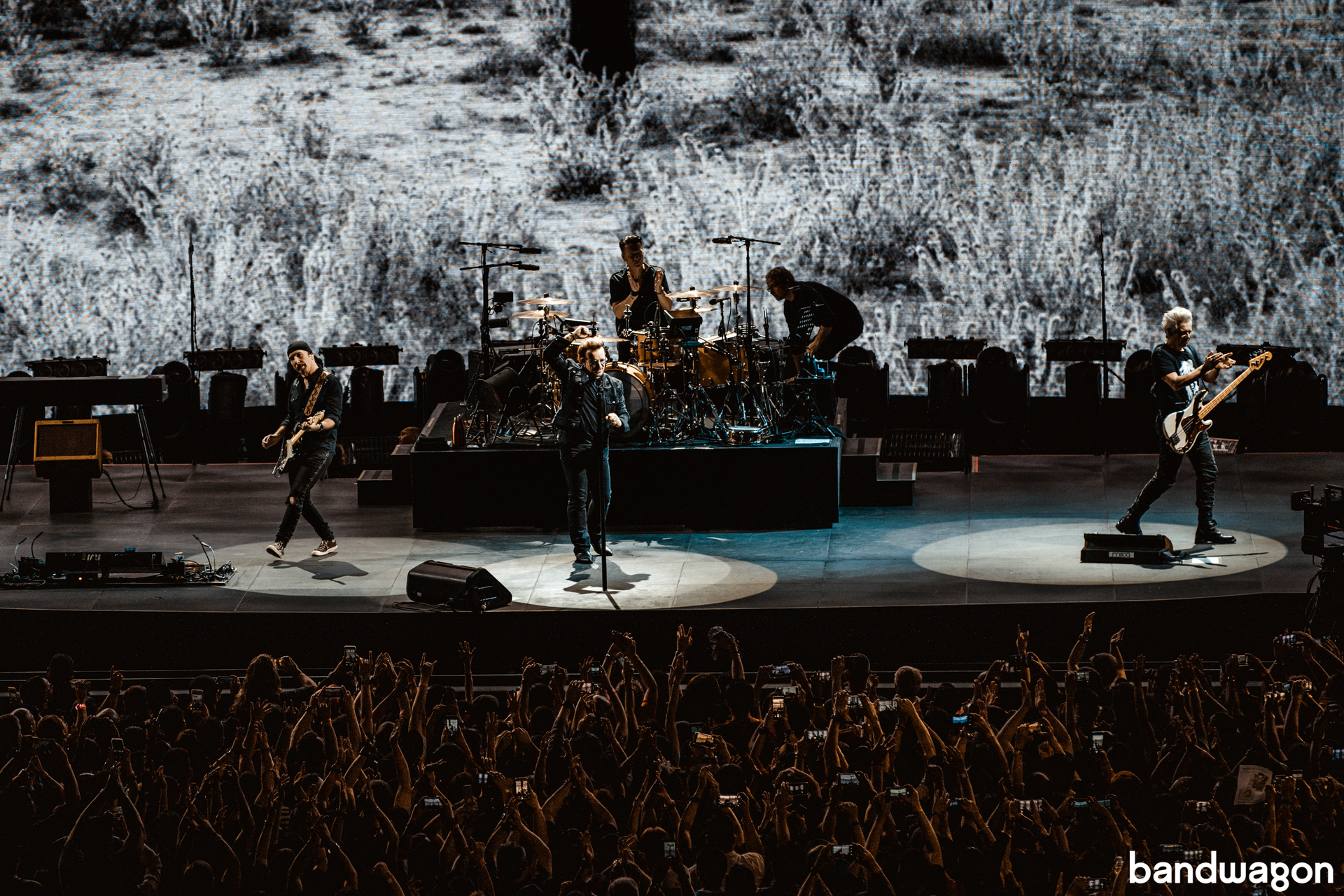 Special thanks to Buddy and Earnest Zabala, and Chino Singson.

U2 The Joshua Tree Tour Live in Manila was presented by MMI Live.