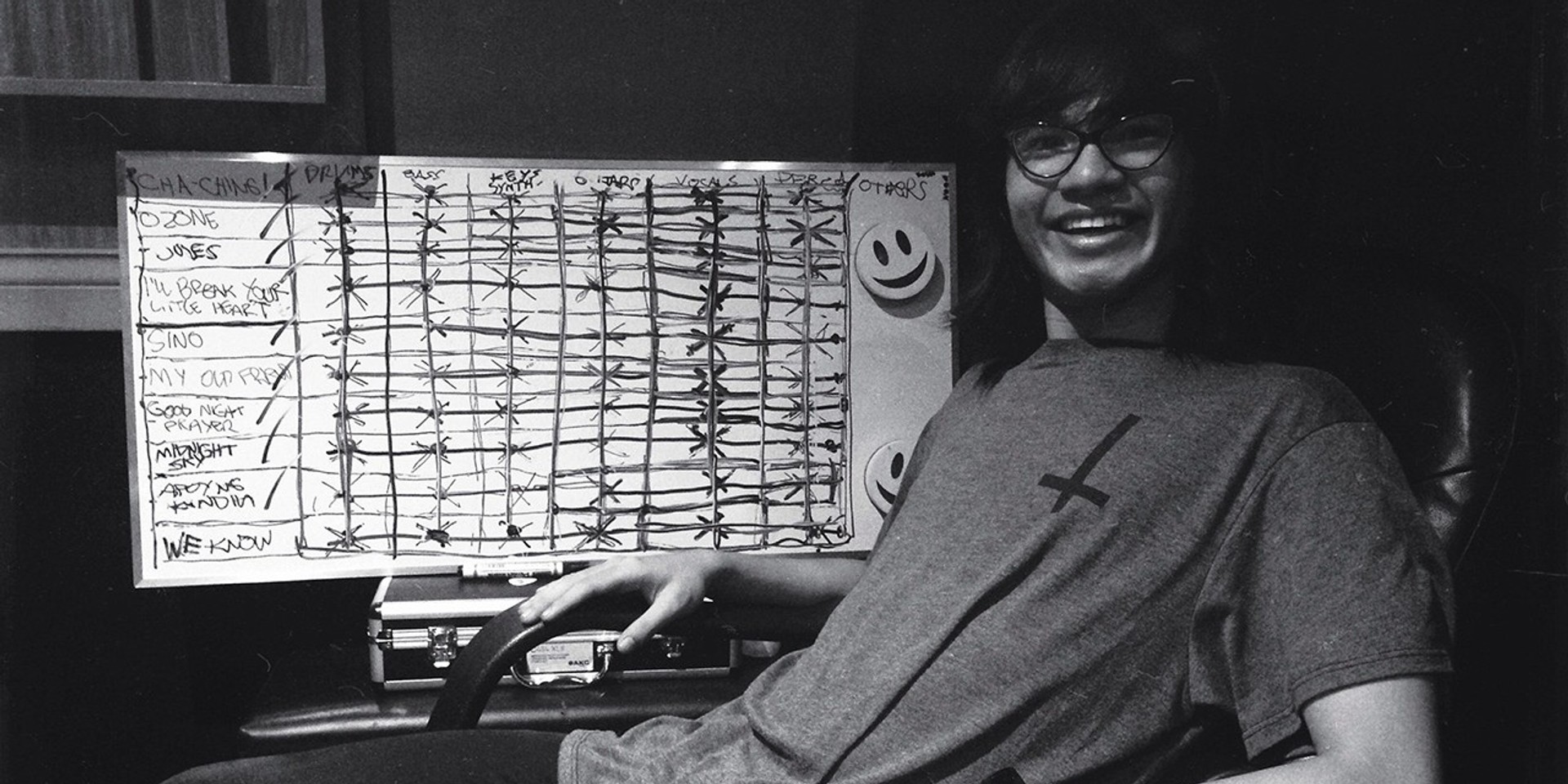 Unique's solo debut album Grandma is the only thing Filipino music fans and musicians can talk about since it dropped earlier this week (08/13), with everyone giving their own take on each song off the 12-track record.

But how exactly was each song created down to the bone? Bandwagon caught up with Emil Dela Rosa, who mixed and mastered Grandma with Billy Reyes at the House of Billy Gaga Studios, to give a track-by-track guide on Unique's first solo offering under O/C Records. The record was self-produced by Unique and co-produced by Kean Cipriano.1

First track on the record, but the last one to be recorded. Recorded some coins bouncing off a wooden stool. I think it's the perfect track to set the mood for the whole record.

One of the first songs to be recorded. Had a lot of textures in the background especially at the outro. Lots of synths, percussion tracks, and vocal stacks. We wanted the song to sound raw and full of character, but also huge and impactful so we added distortion everywhere, drums, bass, vocals, you name it. We also had to remove a few vocal parts at the end cause Unique wanted the riff to be a lot more prominent. It's the first song I heard from the album and right away I thought to myself that damn I'm stoked to work on this record. Not because he already had a lot of following, but because the songs are creatively inspiring and it resonates with me.

Production wise this was much simpler than 'Cha-Ching!'. Drumming in the pocket, groovy basslines and a catchy guitar riff. Added some wah on the chorus guitar riff to make it sound dancier. Also added extra tom tracks and a few samples during the outro to imitate the sound of a door getting slammed. I get the chills every time I listen to this song, because the lyrics just give you a strong visual image in your head. 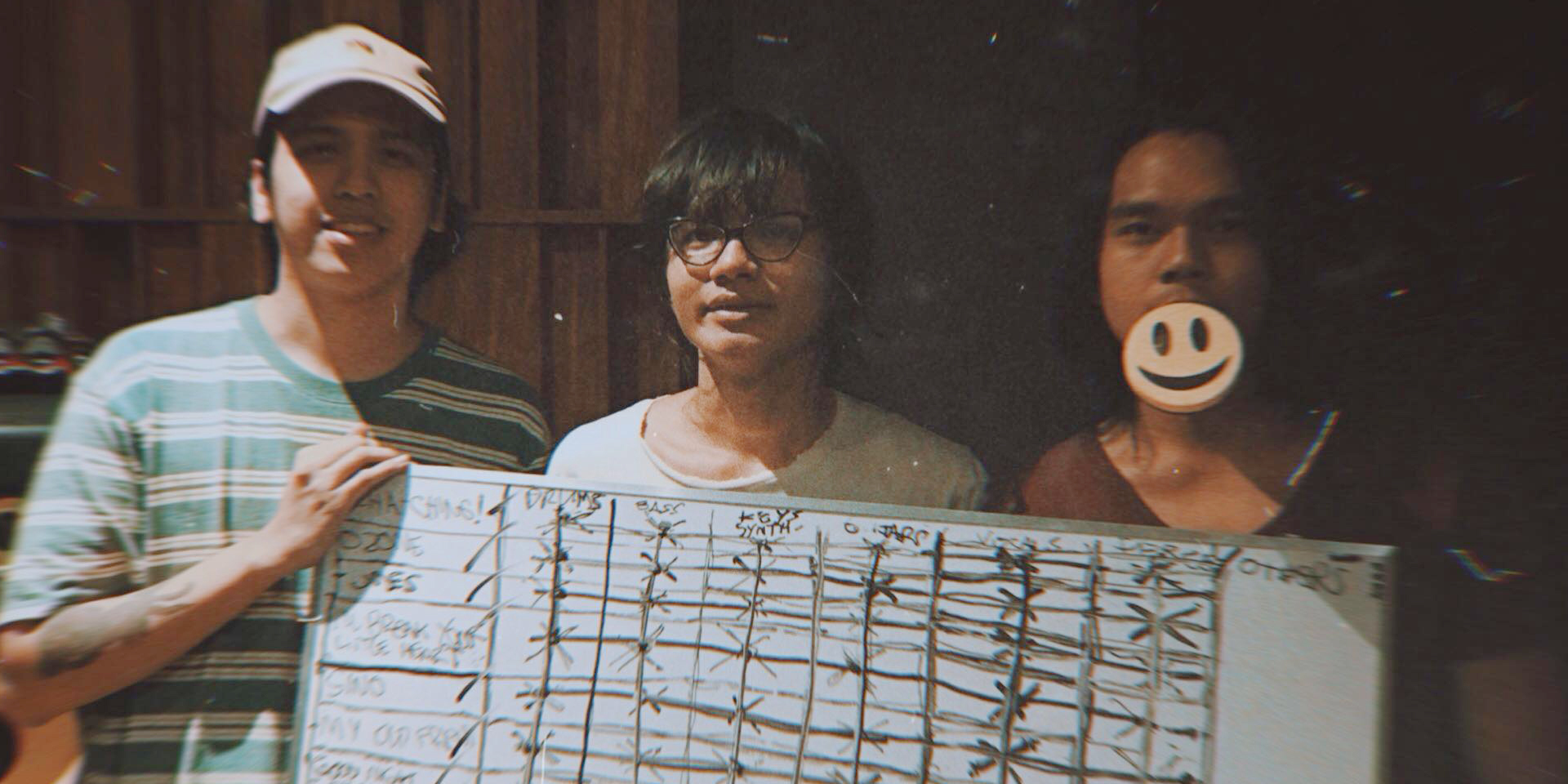 We wanted this one to sound like the early days of stereo where records had weird pannings. Acoustic guitar on the left, vocals on the right.

Lots of playing around with guitar pedals/effects. Also messed around with a lot of synth pads, organs, and electric keys. We were already exporting and uploading tracks when Unique suggested that we add reverb on the chorus vocals. Which I think was perfect cause it added contrast to the verses. Funny story, I almost blacked out while we were recording the vocals for this song because of fatigue. We had long hours in the studio for sure haha

This song originally had guitars, and then we took it out, then added some piano, but removed it again. We tried a lot of ideas, but decided against it in the end. [Cause] honestly the song didn't need anything else. "Yun na siya eh" sabi ni Unique. Sometimes you just have to hit that mute button.

Tracked on the same day with 'M'. Intro to 'Good Night Prayer'. Chilly acapella track. Nothing to say here other than Unique's voice is haunting. Added some reverbs and delays to fill up the spaces between the lines.

Same as 'Jules'. Unique wanted a track where the drums, bass, and guitars were panned to one side. I referenced The Beatles' Revolver. Majority of the instruments were panned on the left side, vocals on the center and vocal effects and other ear candies on the right side. This was all hard panned cause in the early days of stereo they didn't have pan pots. It was only 100% left, center, and 100% right. I was hesitant at first cause it sounds weird when you're listening on your earphones, but it grew on me quickly.  It also sounds so much better on stereo speakers. We recorded a laugh track towards the end but had to do a lot of takes because it sounded too funny than the track needed it to be.

Also one of the first songs to be recorded. Minimal and imperfect. Used two mics on the amp. A Shure sm57 near the grill and an AKG C414 XLS for the room mic. They wanted the song to be honest and intimate. No editing, no gimmicks.

Also very minimal production wise but we tracked the guitars with a lot of layers. We had 4 tracks of guitars in total playing the same lines and a few pad sounding guitar swells. Also a LOT of vocals. I just counted and it's 48 vocal tracks.  We turned down the lights and let Unique do his thing. This was a very surreal moment for me as well cause I used to listen to this song's demo from Unique's Soundcloud page a few months before I got involved in the project. 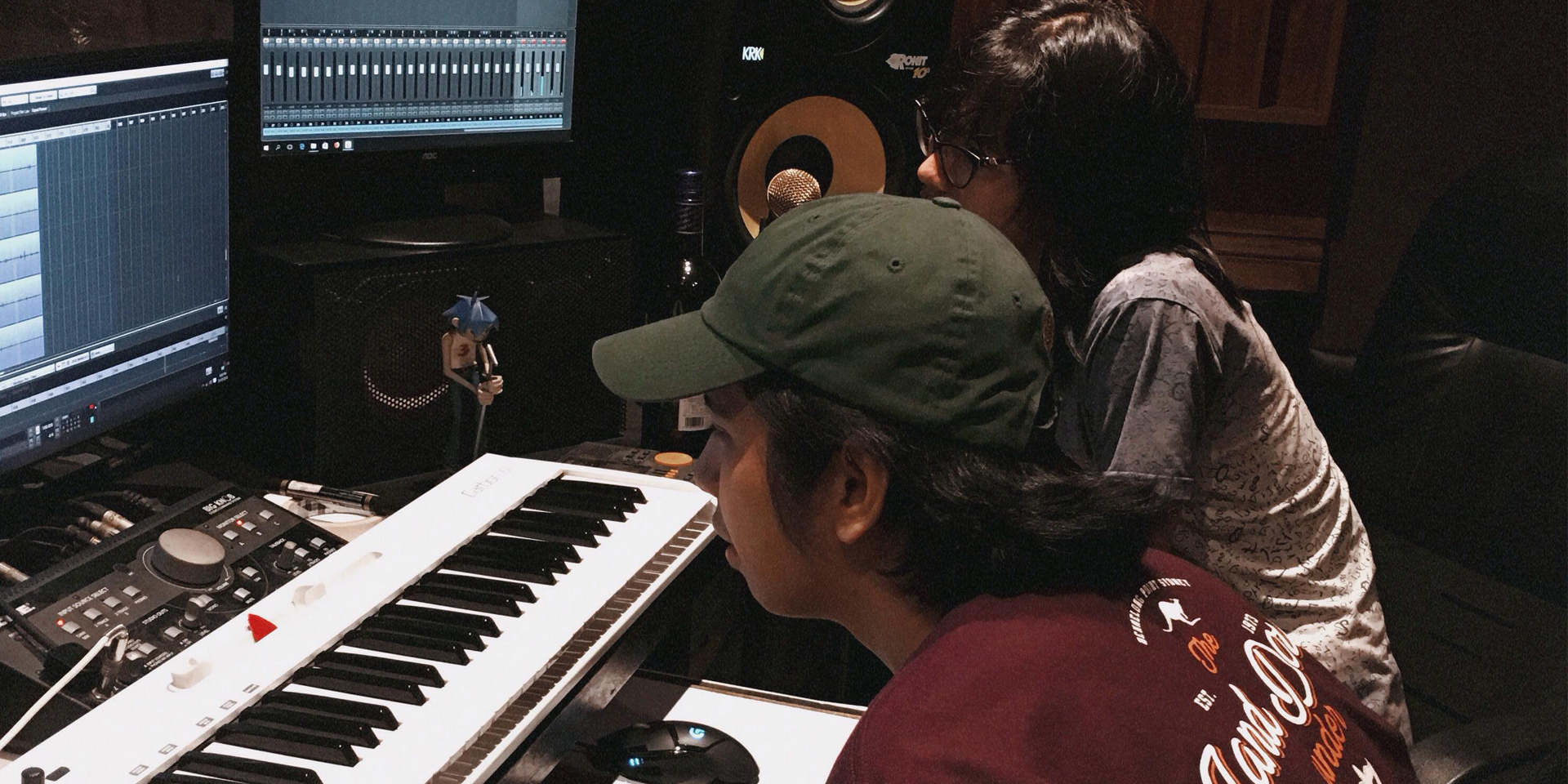 Personal favorite. Lots of effects, reverb, delays, modulation, tremolo. We used all of them. Mixing wise we wanted to be really creative with this song. Hence the super dry drums with soaking wet vocals. I think records don't always have to be imitating a live experience where all the elements should sound natural - like it was played in the same room or setting. Sometimes you just gotta let the song take you into a fantasy.

The least produced song of the record. Acoustic guitar, leg taps and two vocals, no other layers. Made the song as small as possible.

The release of Unique's critically acclaimed solo debut album Grandma follows his departure from funk-rock act IV Of Spades. It is now available on all music streaming platforms.

1 This article previously attributed the production of the album to Emil Dela Rosa instead of Unique and Kean Cipriano. It has since been amended.