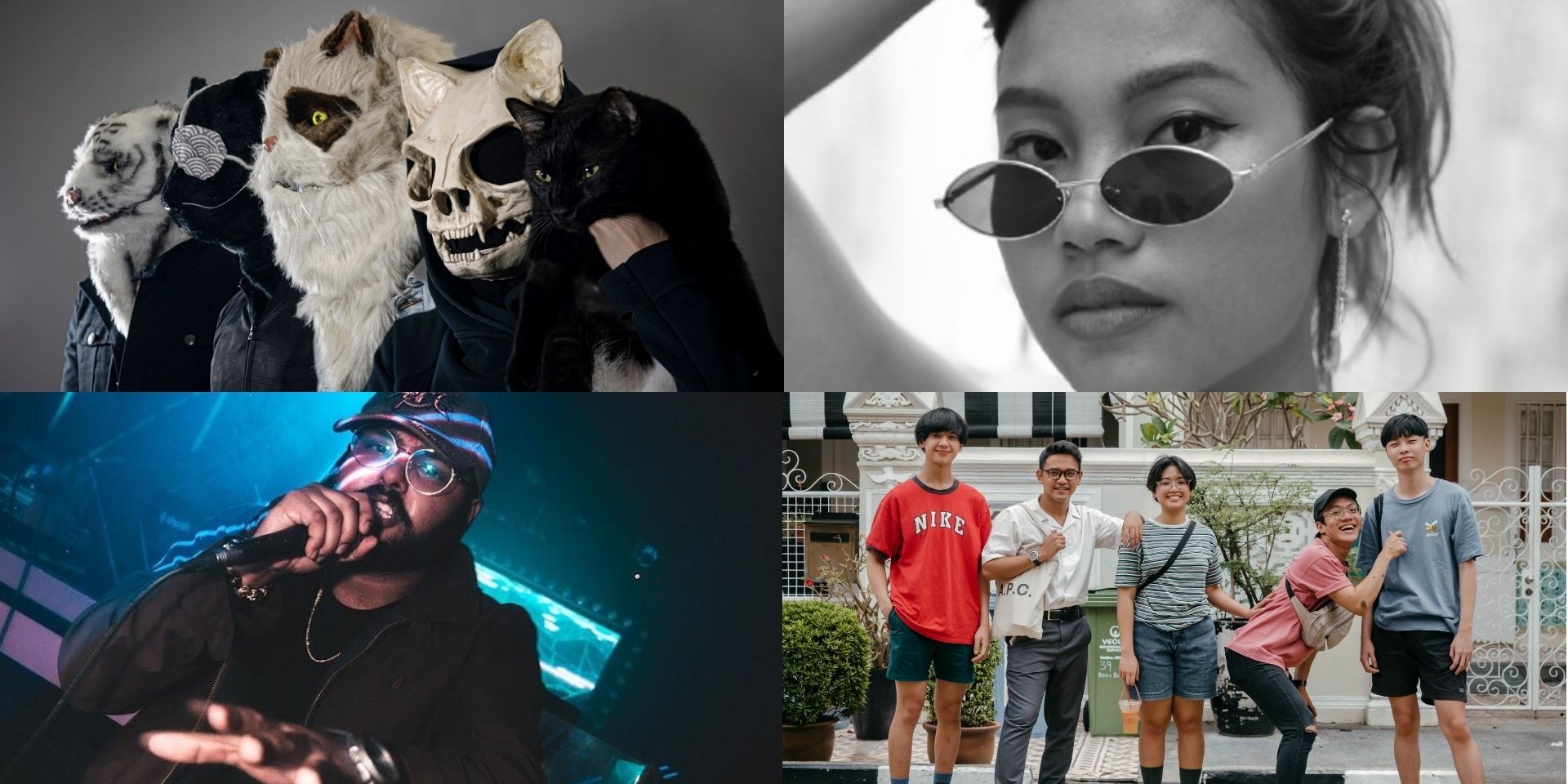 The finalists for the Singapore edition of Vans Musicians Wanted 2020 competition have been unveiled.

For the first time ever, 15 finalists have been selected instead of the usual five in former years. The top 15 were cherry-picked from over a mass of 400 musicians who submitted their original music demos.

This year, without the element of public voting, the contestants will be judged by a notable panel of judges: Anderson .Paak, Bohan Phoenix, J.I.D, Nilufer Yanya, and Tierney Stout.

In view of the COVID-19 pandemic this year, the Vans Musicians Wanted Showcase will be held as a virtual concert featuring the five APAC finalists on 9 December. The finalists will battle it out for a chance to share the stage with hip-hop luminary Anderson .Paak at House of Vans, featured in Vans Spotify ads, get their music video filmed and produced by Universal Music Group, customised Fender Guitar, and unlimited digital distribution by SPINNUP for a year.

#VansMusiciansWanted is NOW OPEN! Submit your original music by Sep 30th, and you’ll get a chance to share the stage with @anderson._paak with all the dream prizes supported by @universalmusicgroup, @spinnup. @Fender, global music platform playlisting and more. Go to VANS.COM/MUSICIANSWANTED and let the world hear your music.

One of the youngest contestants among Singapore's finalists this year, 17-year-old Advaitha’s musical journey started with Carnatic singing from as early as the tender age of 3. Today, the songstress taps into her own personal life experiences to create music through the medium of trap soul and R&B. Last year, she released her self-written and self-produced debut single ‘Apologise’, and her latest single ‘Others Do’ talks about her personal growth.

As a student pursuing a diploma in Music and Audio Technology back in 2018, Chloe Ho made her debut with indie-pop single ‘Anytime’. Since then, she has dropped multiple new records such as her first EP titled ‘Sorry bout your Shoulder’, as well as singles ‘Grocery Shopping’ and ‘Fake Jazz’ which were infused with her original rap verses. 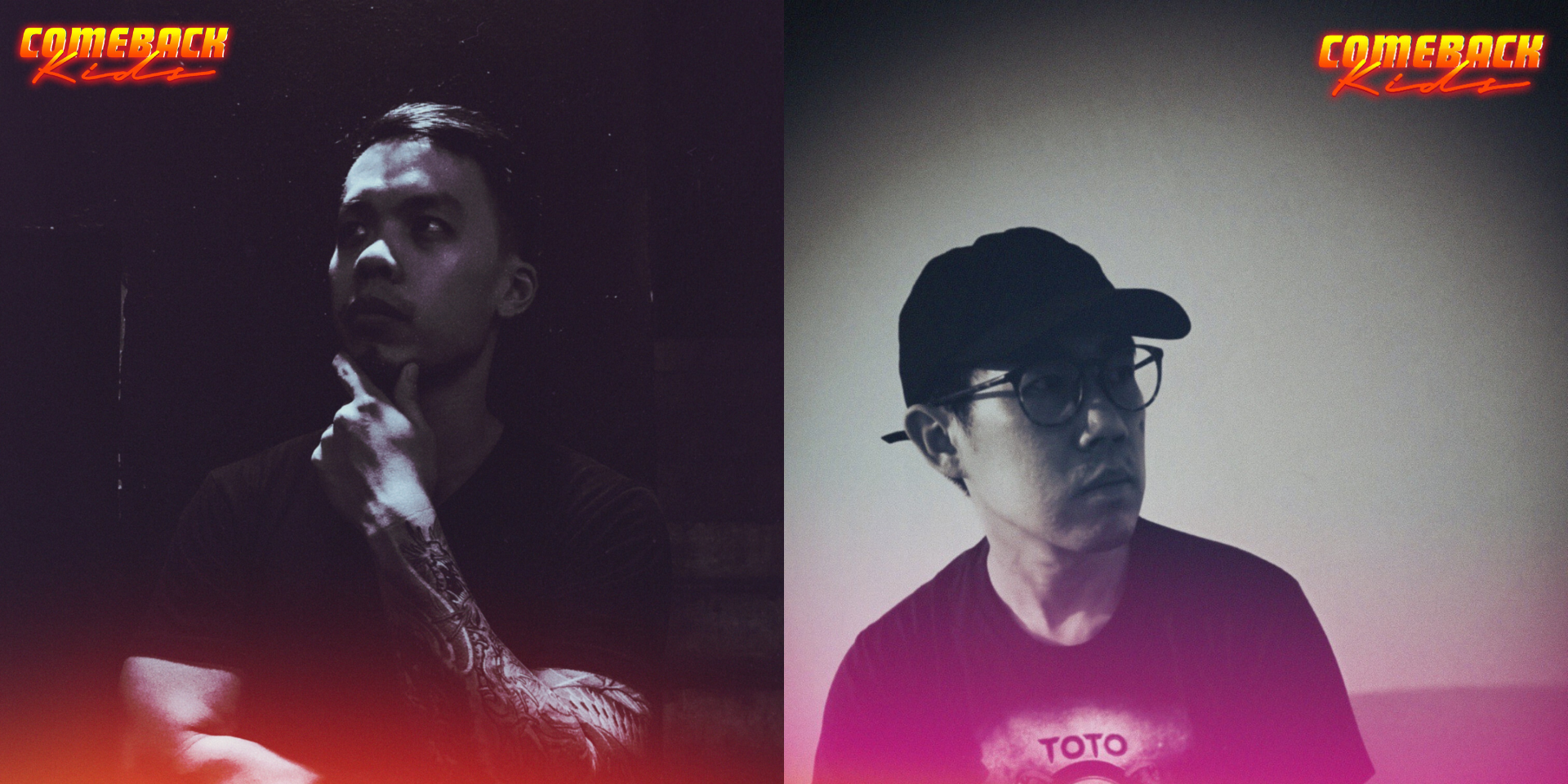 Made up of Brandon Gan and Edmund Wee, Comeback Kids is all about the retro 80s. The synth-pop-rock duo makes music that has a distinctly retro vibe so they can reminisce the good old days, and relive memories from the era. Check out tracks ‘Alpenglow’ and ‘Days of Summer’ for a strong dose of 80s nostalgia. 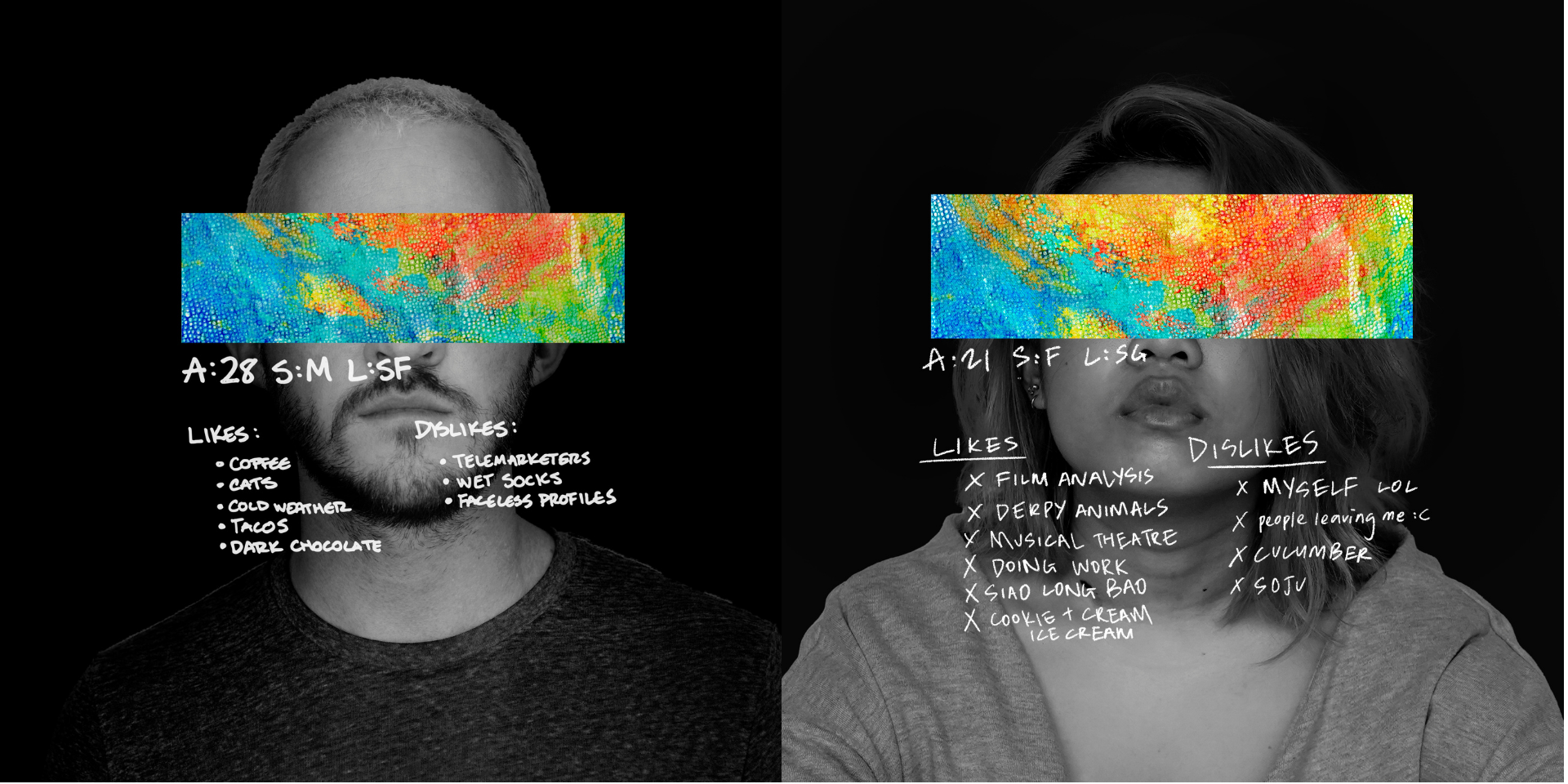 Birthed from social media platform Reddit, the indie-bedroom-pop duo, Corgi, began as a collaboration between members Karen and Sink. When an industrial designer and an animator come together, expect tons of artsy, quirky arrangements and lyrics incorporated in their music, hear it for yourself in their debut release, ‘Chameleon’.

Get transported to the world of dreamy bedroom pop with HELLO MEC, comprising lush vocals blanketed in nostalgic 80s aesthetics. Singer-songwriter Adam Ang grew up in France, which explains his stage name that translates to ‘hello man’ in French slang. The artist’s adoration for French culture is heavily reflected in his music, and through his latest record, ‘PERFECT GIRL’, HELLO MEC hopes to radiate positive vibes in his tunes.

Specialising in R&B and soul, Khally utilises music as one of the channels to openly express herself and is unafraid to push her creative boundaries. Since the release of her debut single ‘Sunflower’, the singer-songwriter has gone on to do performances on ‘The Room Session’ and other features, as she embarks on her new musical journey.

Heavily influenced by Frank Sinatra, Melanie Martinez, Charlie Puth, Kitty Purrnaz is an emerging pop artist that first showed up on the radar with her Soundcloud demos and quirky music covers. After being coached as an apprentice in Noise Music Mentorship 2019, Kitty released her debut single ‘cry’ this year.

Singaporean hip-hop and R&B artist, Louie Indigo, creates music that blends both genres seamlessly, and his song 'M3DUSA’ was nominated for ‘Best Earworm Song of the Year’ at the Youth Music Awards in 2019. His recent releases include ‘Somerset Boy’, and ‘FREE ME’ which highlights his seamless rap flows.

Since 2000, Yuszal (otherwise known as Marigold) has been making power-pop music and mastered an eclectic lineup of musical genres such as electronic, rock, and folk rock. His ten-track album, ‘laika’, showcases his identity as a multi-genre artist.

22-year-old Abhishek (aka Shake) Khanapurkar fell in love with hip-hop and rap seven years ago, which led to the inception of his moniker - Opus Renegade. The up-and-coming artist flexes his versatility as he produces music from boom-bap to trap. Check out his latest releases ‘Move It Back’ and ‘Oculus to New Age’. 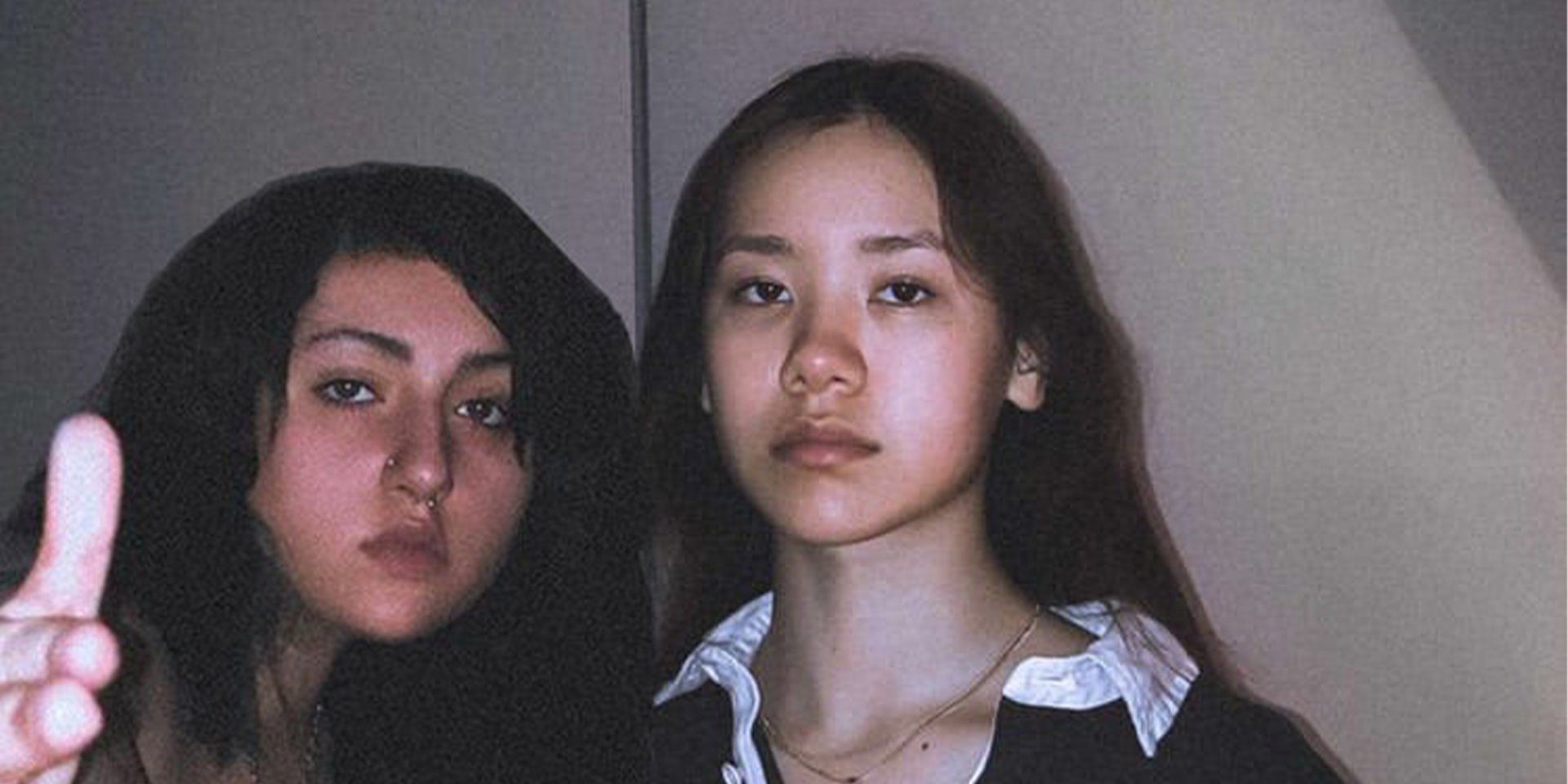 Made up of members Tara Farrell and Lee Ananian, Pillowfort started producing music remotely in 2019 and have just released their first EP titled ‘self care’. If you like dreamy indie-pop accompanied with soft vocals and soothing melodies, keep an eye out for more of their music coming your way.

San first started out as an acoustics and acapella artist, but over time, his penchant for rhythm and poetry pushed him to make the switch to hip-hop. This year, the homegrown singer-songwriter has released tracks such as ‘Mantle’, showcasing his talent for impeccable rap flows.

The 4-piece band made up of Boey Yinghao, Cassandra Tang, Daniel Chan, Keith Sootho with sessionists Christal Kuna and Jolina Fernandez loves rock as much as they love cats, which explains the name of the band. Born from booming drums, all-out rock guitars, and heavy synths, ULTRA MEGA CAT ATTACK shows their blazing passion for rock in their original track, ‘009’.

Woes is a five-piece indie/math rock band that weaves their intricate guitar lines over solid dance-like bass riffs topped with soulful vocals. With a background in funk, jazz and indie rock, the quartet breathes new life into the indie math rock scene in Singapore, as they put a unique spin on their songs, as seen from their recent EP, ‘Wake Up Pls’.

Comprising eight members, each specialising in rapping, singing, and producing, Yasai is bonded together by their common passion for hip-hop music. With free creative reign on creating any type of music they want, they refuse to be tied down by a specific sound. The octet dropped their EP, 'White Walls: Bound by Nothing', this year, which also featured Singaporean singer-songwriter, YAØ.

For more information about the finalists and their music, check out https://vansmusicianswanted.bandwagon.asia/.

The top 5 participants from APAC, which will be selected from submissions in China, Japan, Korea, Malaysia, Philippines, Hong Kong, Singapore and more, will perform at the Vans Musicians Wanted Virtual Concert on 9 December. More details will be released on the official website.