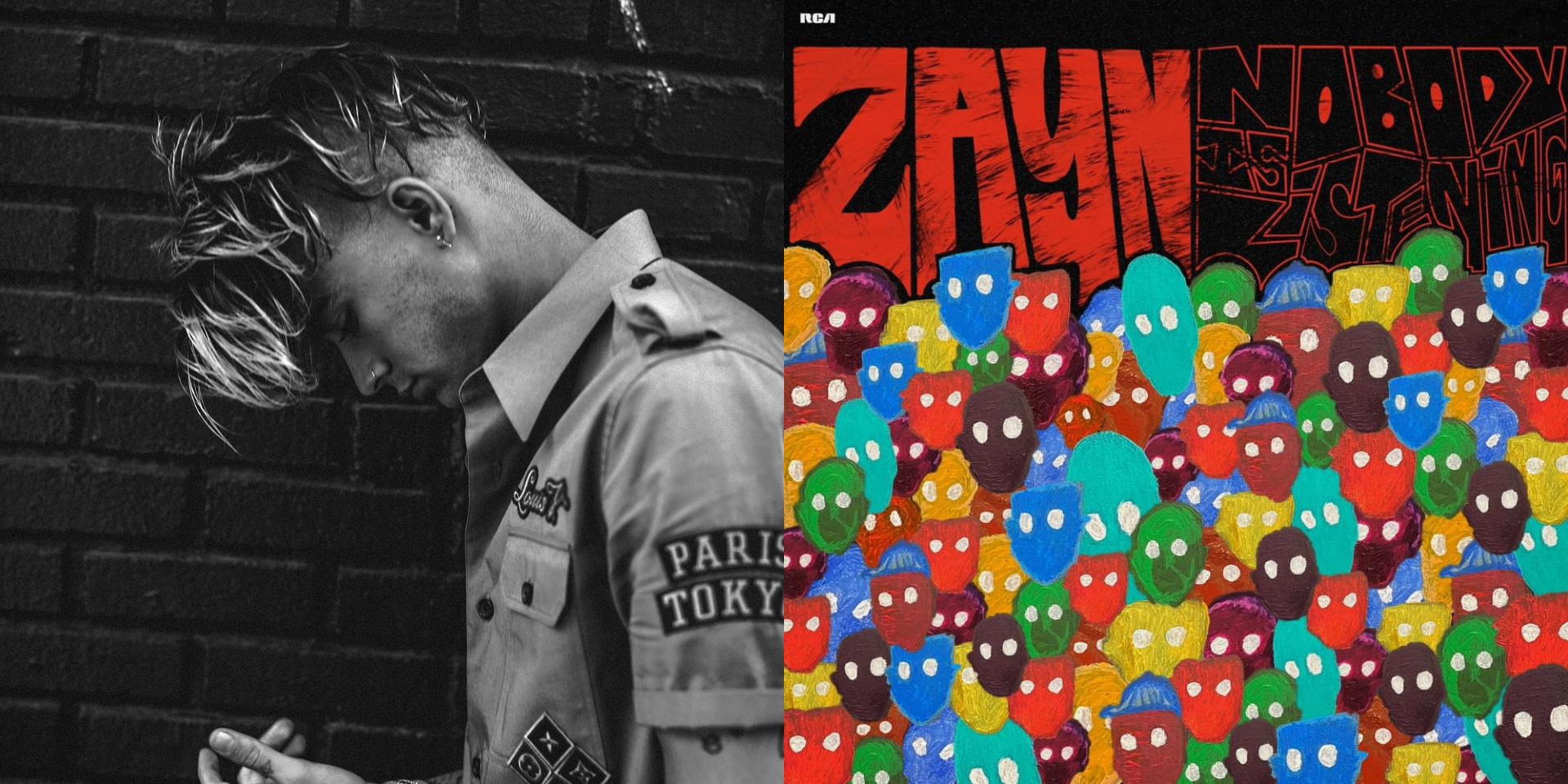 Zayn's third studio record Nobody Is Listening is coming, and we're all ears.

Known to keep things hush about new projects, the British R&B singer continues to be extremely quiet and cryptic about his forthcoming album Nobody Is Listening. Details about the latest offering are slowing trickling in so it's only a matter of time before things get 'Better' for those who've been on the edge of their seats.

Here's everything we know about Zayn's new album so far:

It's dropping this January

Zayn is kicking off the new year right with his upcoming third studio record Nobody Is Listening, which features the single 'Better,' this January 15 (Friday). It follows 2016's Mind Of Mine and 2018's Icarus Falls.

According to a statement, Zayn has "total creative rein on his third album" and that he's "making the music he has always wanted to."

Nobody Is Listening includes 11 new tracks

Following the release of its lead single 'Better,' Zayn will be dropping the album's second offering 'Vibez' on Friday (01/08). According to Apple Music, there will be 11 tracks fans can look forward to, but the individual titles—besides 'Better' and 'Vibez'—have yet to be revealed.

UPDATE (01/12): The official tracklist of Nobody Is Listening was unveiled on Zayn's official store. According to the tracklist, Zayn's upcoming record will feature collaborations with American singer-songwriter Syd and English rapper Devlin.

NOBODY IS LISTENING TRACKLIST:

'Vibez' is a 360 Reality Audio experience

Plug in your headphones, because you're going to want to experience Zayn's 'Vibes' on a whole new level. According to a statement, "'Vibez' was mixed with an immersive 360 Reality Audio experience in mind." Fans would certainly get a kick out of streaming the new music video, directed by Ben Mor, as Zayn's voice becomes an omnipresent entity in their heads.

You can now have Zayn on speed dial

You can get an early peek into Nobody Is Listening by giving Zayn a call. That's right—you can literally have Zayn on speed dial if you want to.

After Zayn "picks up," callers will get treated to snippets from the album by pressing any number from 1-9.

Nobody Is Listening merch is now available on Zayn's official online shop. 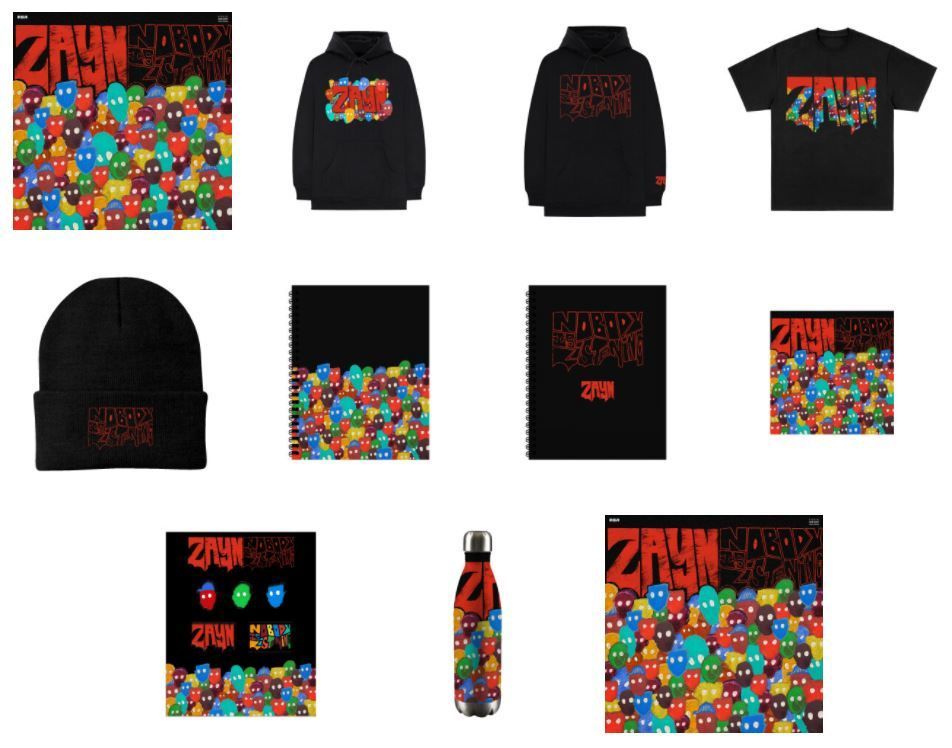 You can now get anything from physical copies of the album, shirts and hoodies, to notebooks for pre-order.

Zayn posted on his Instagram stories (01/14) that he's throwing special listening parties with multiple sessions for Nobody Is Listening in the next few days. 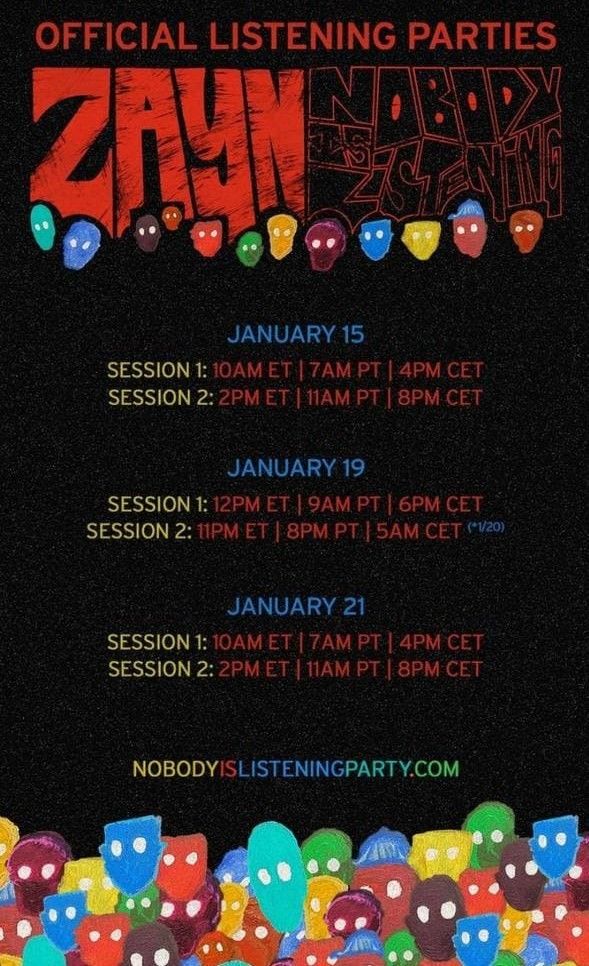 Fans may now pre-save Nobody Is Listening on Apple Music below.