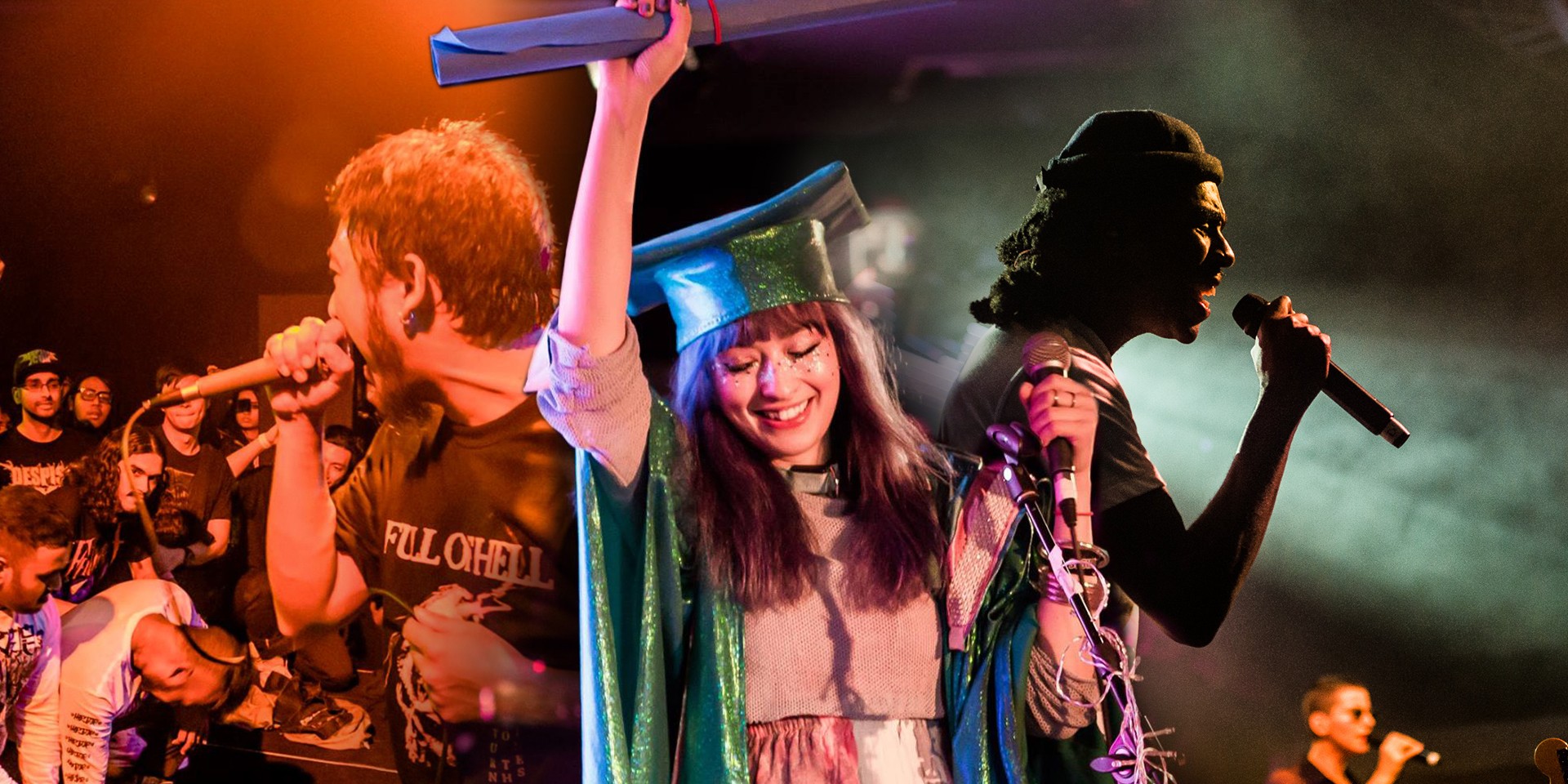 2016 has been pretty terrible on many fronts, but it hasn't all been bad. As is tradition, the team at Bandwagon have been hard at work on our annual best-of lists, and there have been plenty of gems to keep us going. From amazing albums to standout Singaporean EPs, there's an abundance of music out there to make us contemplate and celebrate.

But while we have been busy ranking the cream of the crop in terms of recorded material, as many fans will know, the real magic of music lies in the live experience.

And since we did start out as a gig finder, we felt it'd be prudent to discuss some of the amazing performers and performances that have graced Singapore over the last 12 months. 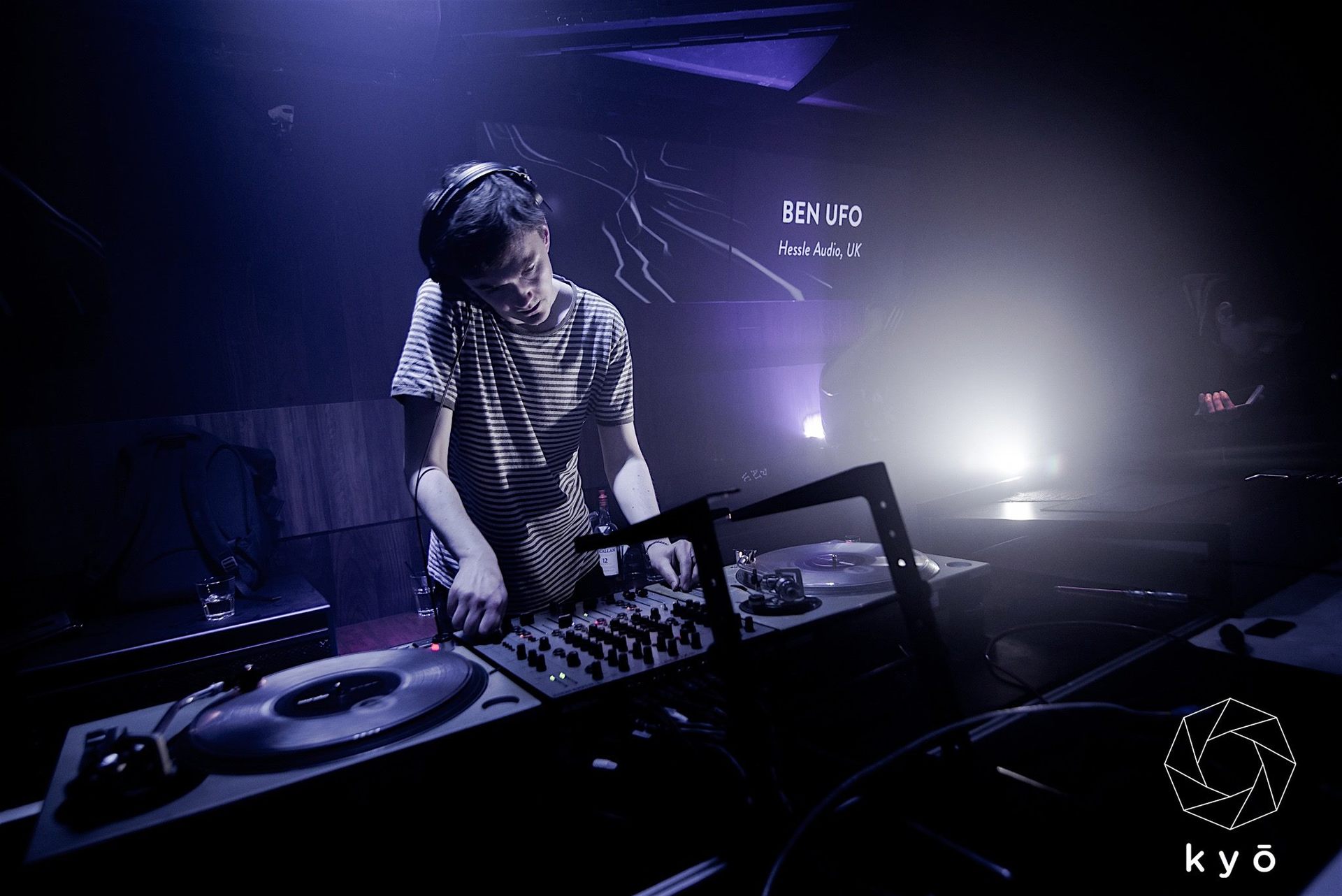 Taking place on January 2nd, this was 2016's first real big standout moment. Just the fact that Ben UFO's sophomore Singaporean set (his debut was in 2014) has lasted this long in our memories is a testament to how incredible it was.

A famously immaculate DJ with in-depth knowledge of every aspect of dance music, from techno to jungle, Ben UFO is the kind of selector that can take you anywhere at anytime. This versatile, floor-filling set at kyo was the perfect way to kick off the year.

As immersive as SA's album is, the only proper way to experience their elegant, shape-shifting compositions was via this audio-visual spectacular.

Taking place over two-nights the band teamed up with Syndicate's mad scientist visualist Brandon Tay to craft the most striking and unique gig experience of the year. Just watching SA's three members deftly handle a multitude of instruments (ranging from the guzheng to the didgeridoo) was already amazing, but Brandon's mind-blowing visuals made it all the more breathtaking. 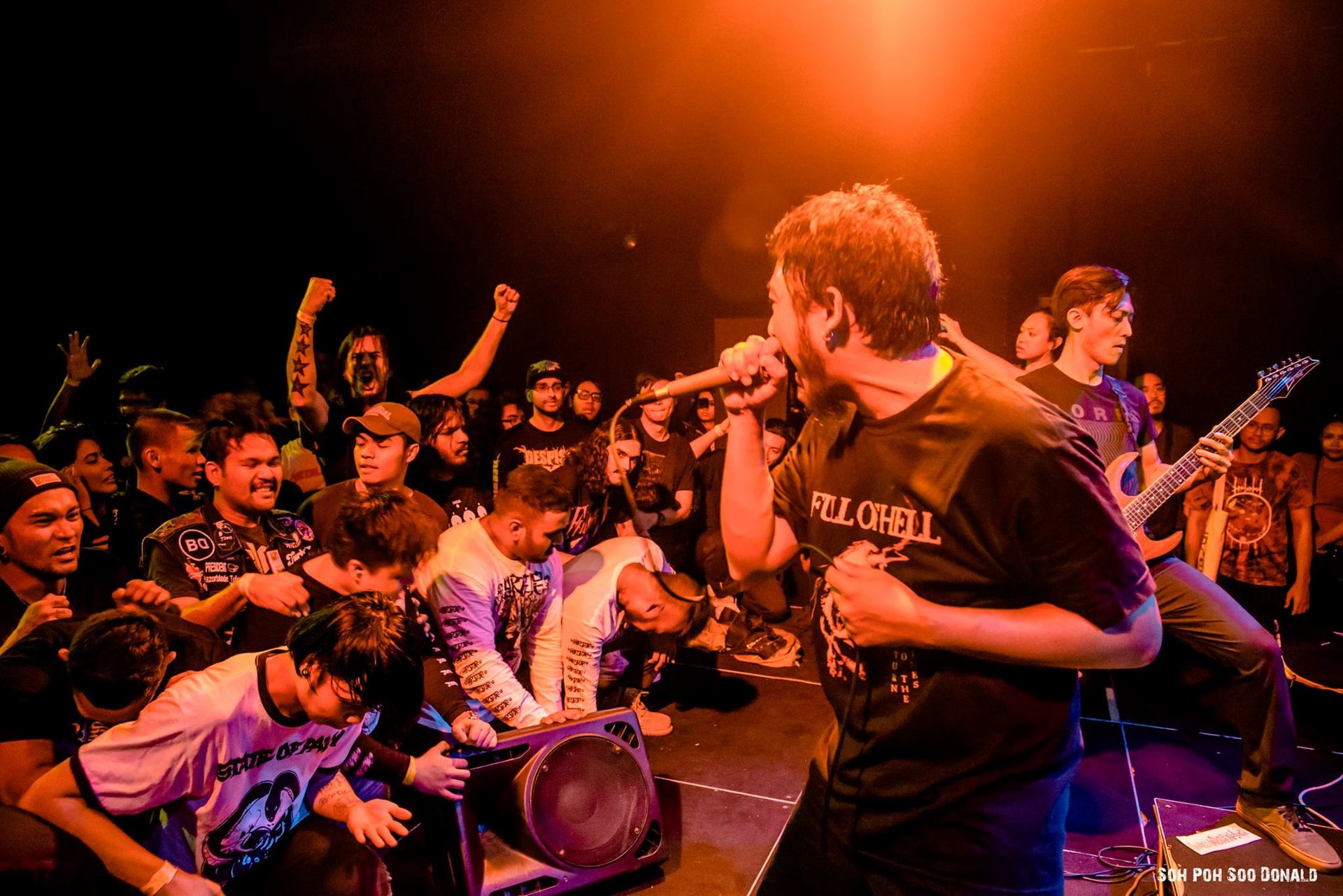 They’ve made their rounds at several gigs in the past year, previewing new tracks, but Wormrot’s launch of their fantastic third album Voices felt like the truest homecoming show for the trio after years of inactivity.

After a spellbinding, slow-burning set by I Am David Sparkle, Wormrot’s barrage of blistering loud grindcore was an immediate reminder of the band’s staying power — not just as one of extreme metal’s most important bands, but as a bonafide Singaporean treasure. 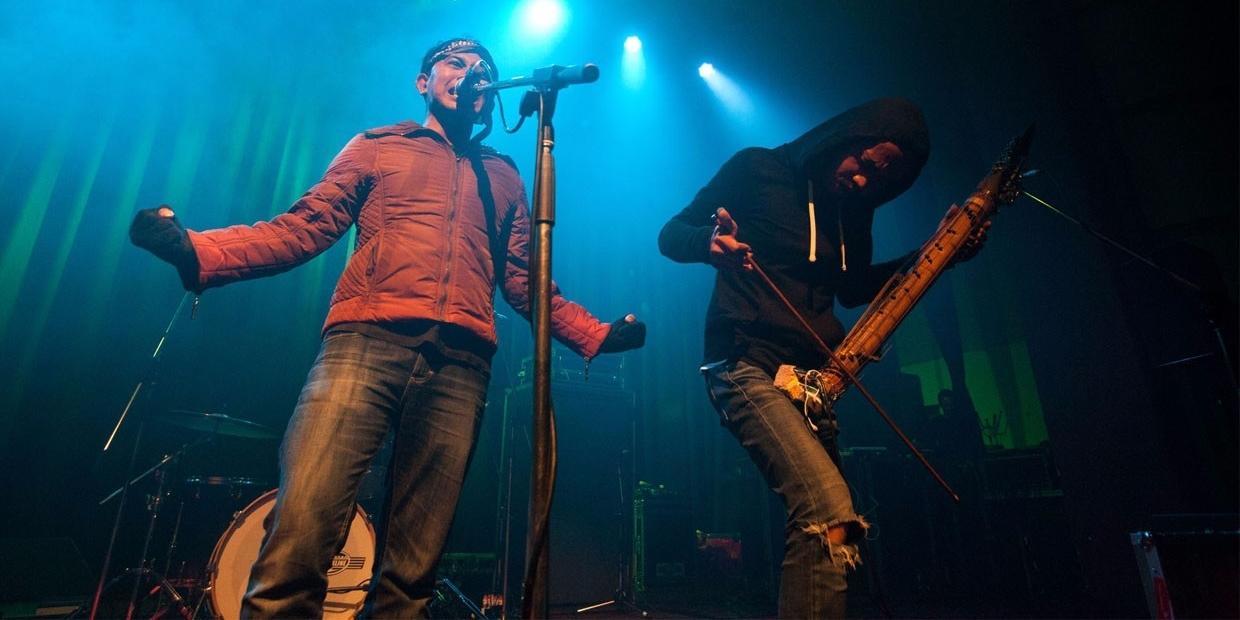 When it comes to experimental Indonesian duo Senyawa, no amount of vocabulary can ever prepare you for their whirlwind live experience - but we'll try. Try to imagine Death Grips growing up in the wilds of Jogjakarta.

Wukir Suryadi's self-invented instrument — made from bamboo, fishing lines and animal skins — is like a tabla, sitar, electric guitar and 12 other instruments rolled into one. Meanwhile, Rully Shabara's voice is a malleable maelstrom - using shrieks, guttural chants and a surprising falsetto to evoke primordial emotion. Read our full report on Playfreely. 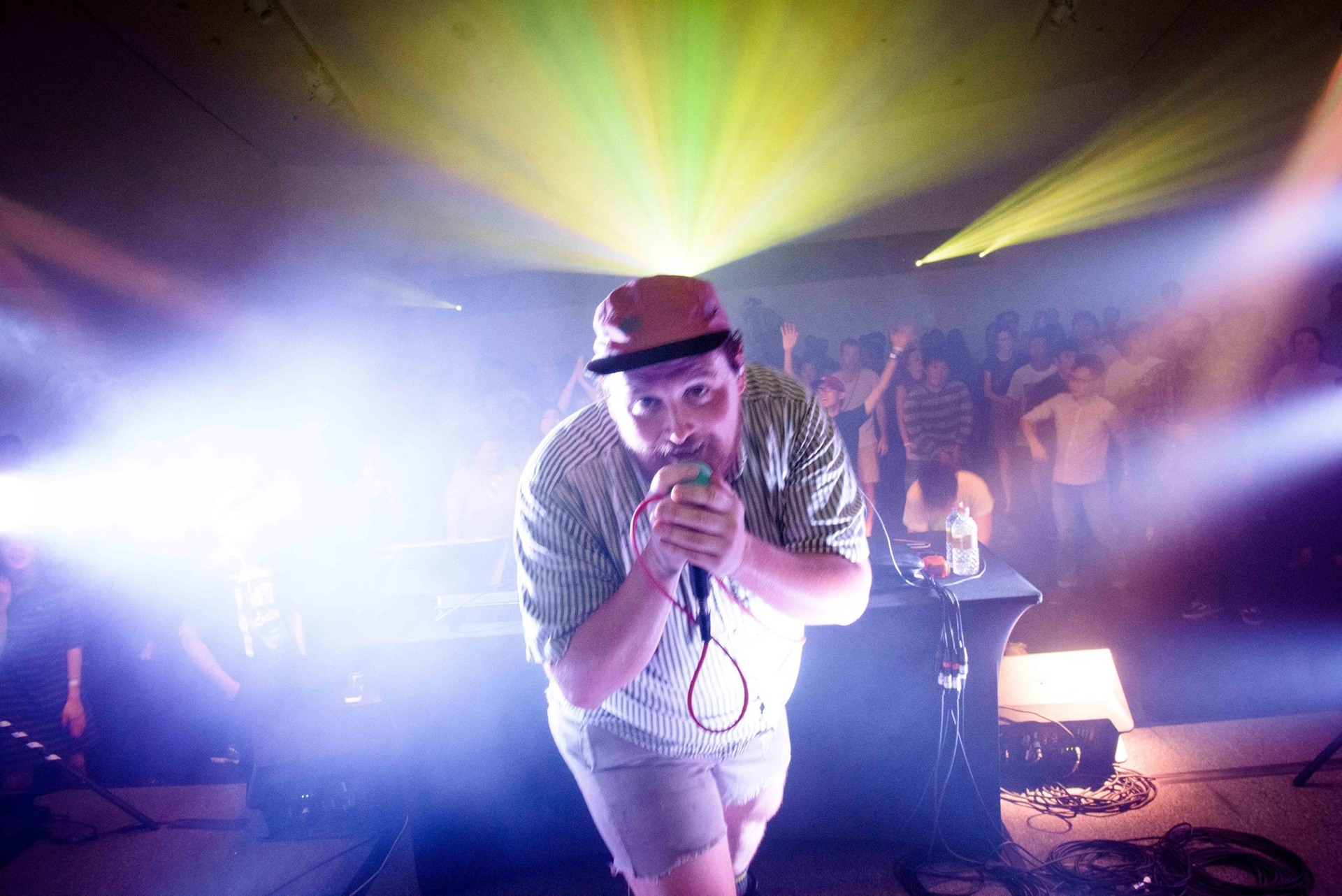 No one saw it coming when the ArtScience Museum booked Dan Deacon, of all musicians, for a free midweek show. Dan Deacon has already built a solid reputation as an immensely fun live act — but not having been to Singapore before, you can imagine the turnout on that Wednesday night, where a long queue of fans were immediately turned away after the venue’s capacity was exceeded.

For all of us who made it into the Expression Gallery, our hump week nonchalance was immediately eviscerated by Deacon’s down-to-earth charm, armed with a colourful smorgasbord of equipment. But the highlight of his shows, aside from his larger-than-life music, are his interactive games — he shifts the attention to the audience, allowing even the stiffest audience member revel in the joy of a Dan Deacon show. 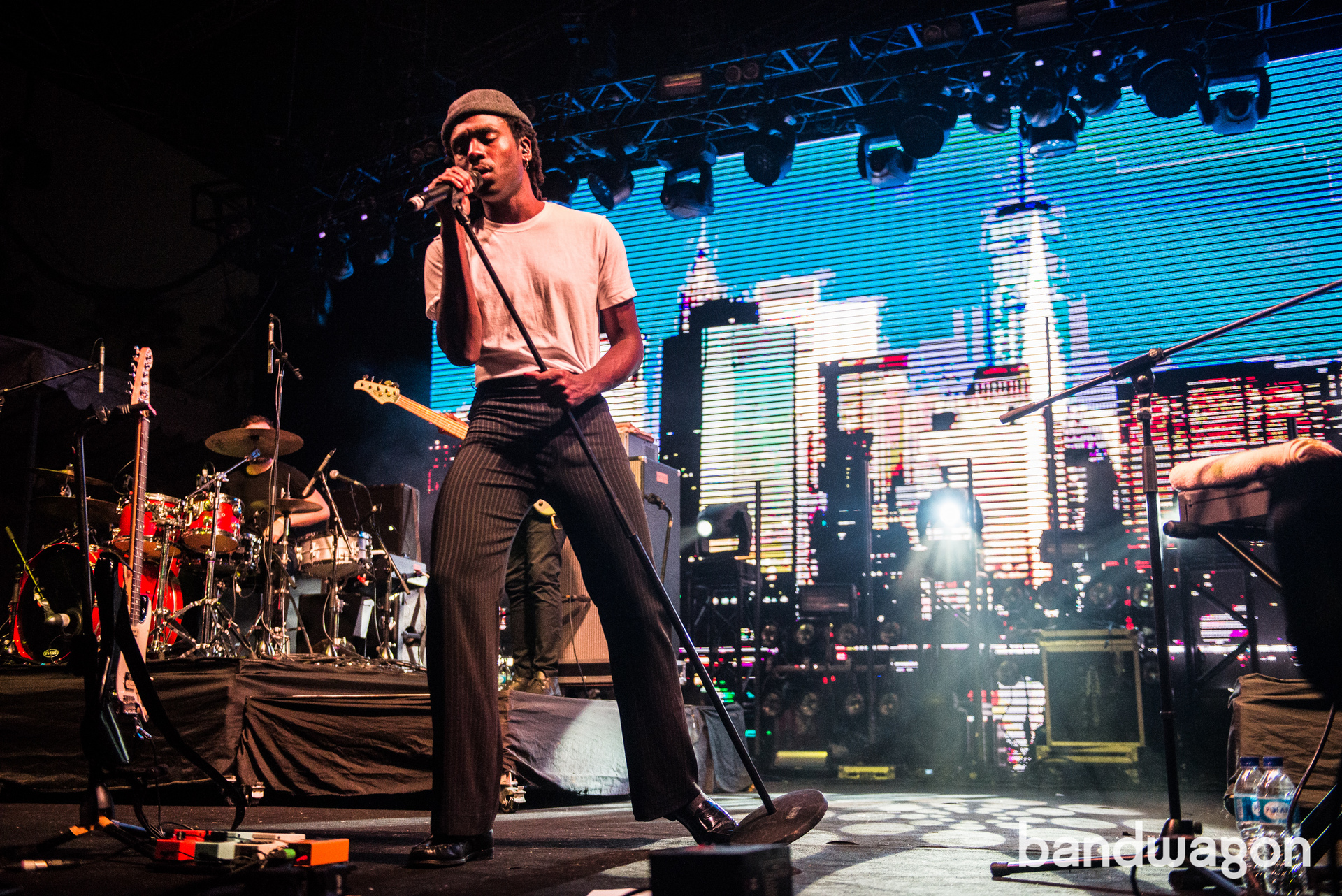 It’s no secret that Blood Orange has shaped a good part of indie pop music in the last five years. Aside from his solo work, his production and songwriting skills have helped elevate Solange, Carly Rae Jepsen, Sky Ferreira, and even Kylie Minogue.

But with a prime slot on a muddy Sunday evening at Neon Lights, he also proved to be a striking attraction on a line-up full of A-list acts. Performing in front of an LCD backdrop depicting a picturesque version of 80s New York, the British musician fleshed out songs from his newest album Freetown Sound with an impeccable backing band. Strutting onstage and unleashing his signature falsetto with ease, it was remarkable watching the packed crowd singing along to every song. Read our full report on Neon Lights.

Headquarters by The Council 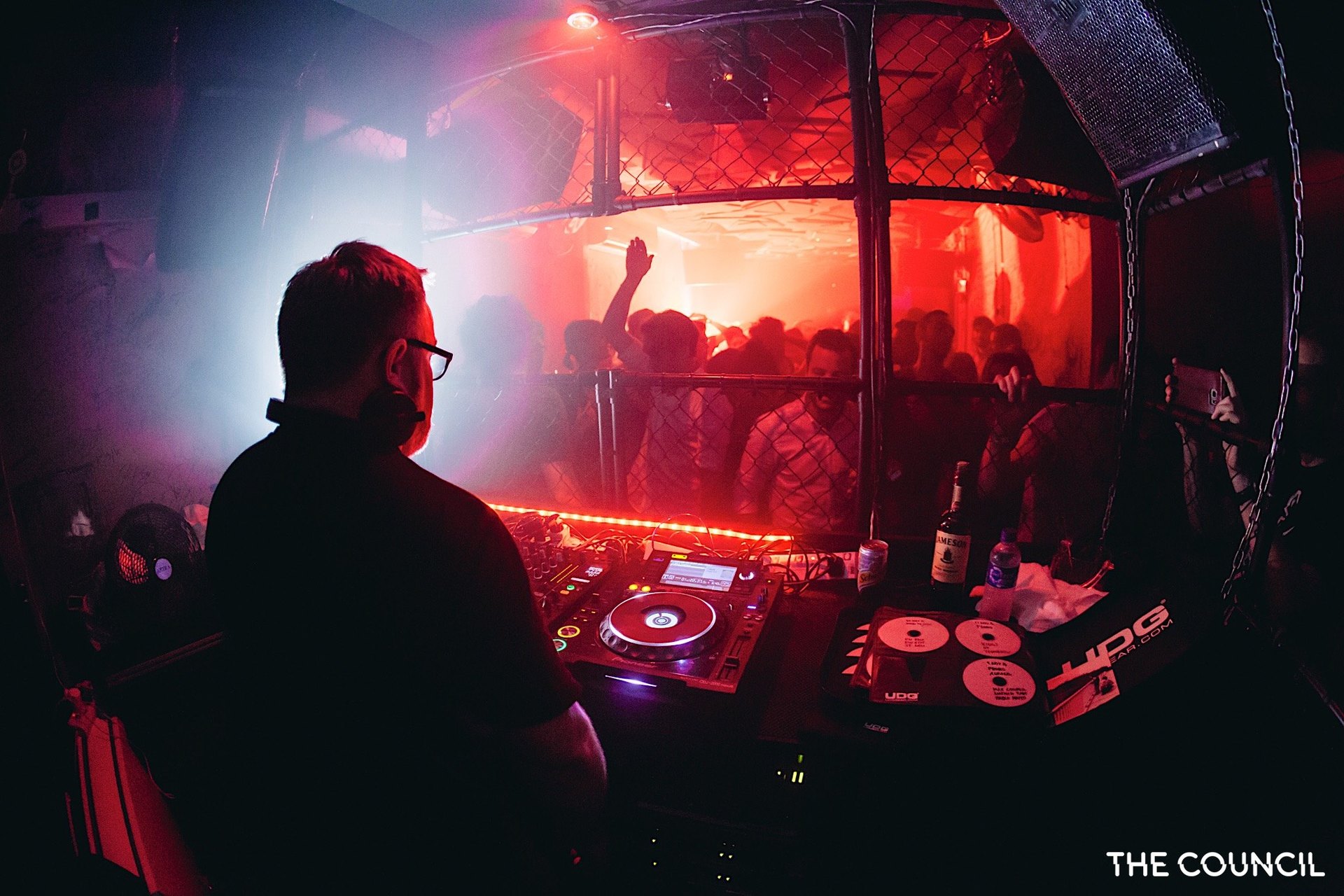 Set up wonderfully by opening act Scharre, Robag Wruhme's marathon set took us on a hypnotic and unpredictable journey. Spending the opening hours going deep with inspired minimal techno selections, Wruhme is one of the few elite DJs in the world that earns your trust even before heading into the anthems.

And he uses that trust to take an entranced dancefloor into strange new realms. Towards the end of the early morning, Wruhme even dabbled in hip-hop, jazz and acid — crafting one of the most enlightening DJ sets of 2016. 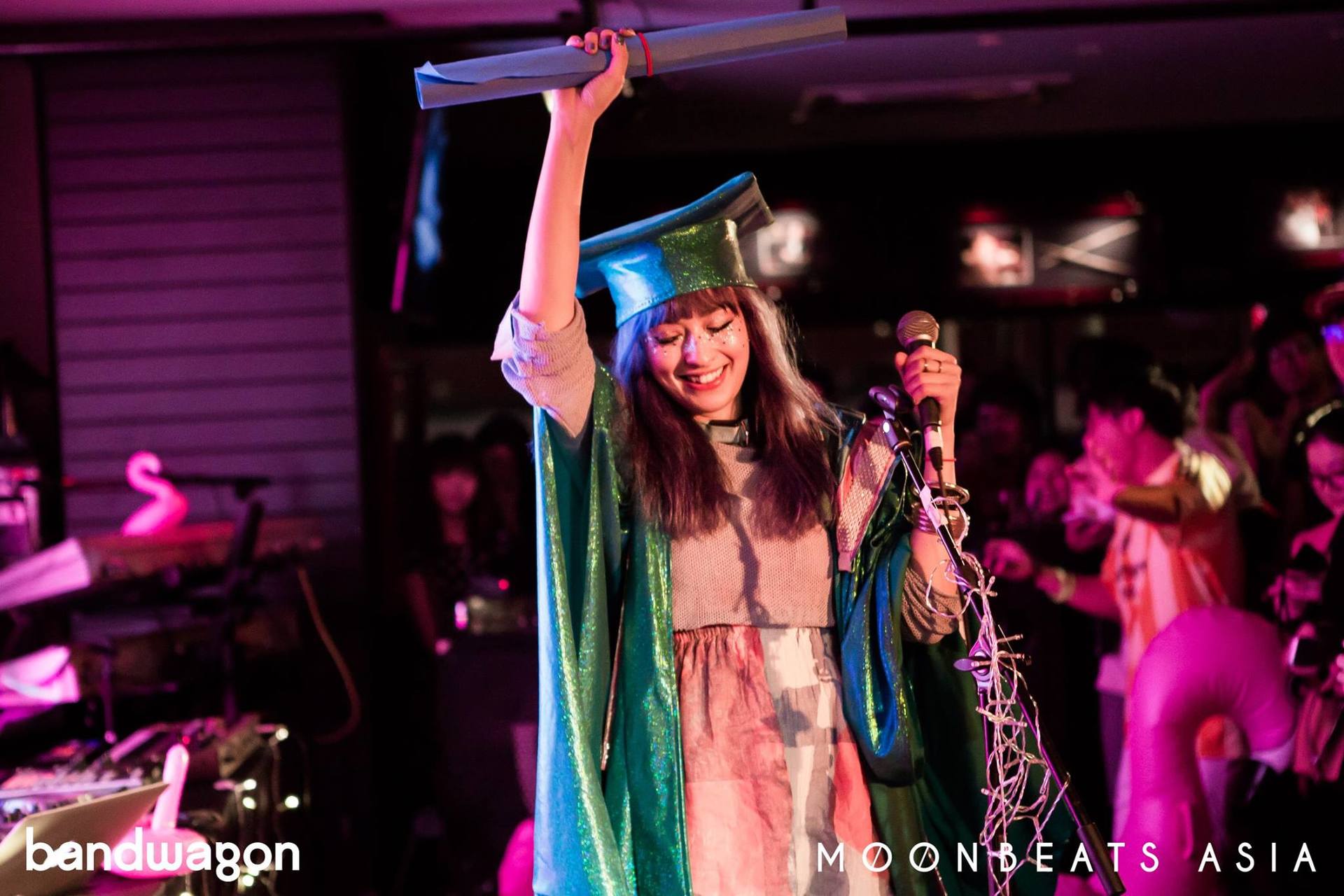 Sure, this was a gig we helped set up with Moonbeats Asia, but there was a reason why we knew we had to have them on Bandwagon Nights. Undoubtedly one of the best pop acts out there right now, Kero Kero Bonito performed a stellar set despite one missing member, Jamie, who was down with a bout of stomach flu. Hard Rock Cafe itself was filled with ardent fans, so you can imagine just how loud they were during 'Flamingo' or 'Graduation'.

Well, you don’t really need to imagine it: we’ll be releasing the full set real soon.

Laneway Festival 2016, Gardens By The Bay 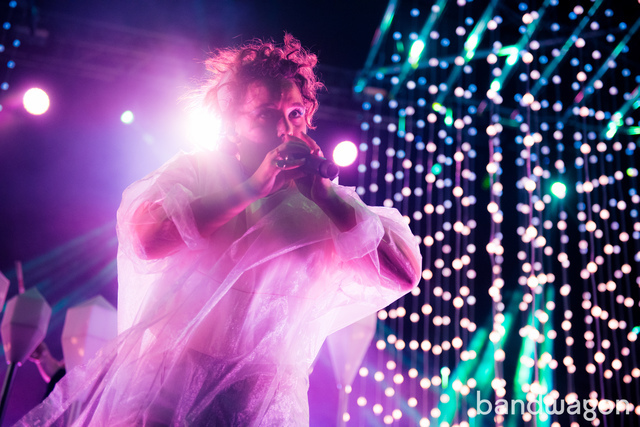 "The band has always been at the top of the live music game since their first shows supporting 2012 album Shrines, and in 2016, they have another record on their back (the EDM-influenced Another Eternity) — with that, an improved live setup that has interactive cocoons for producer Corin Roddick to trigger, and an endless stream of lights for singer Megan James to manipulate as she twirled and sauntered onstage. Truly a sight to behold." Read our full Laneway report. 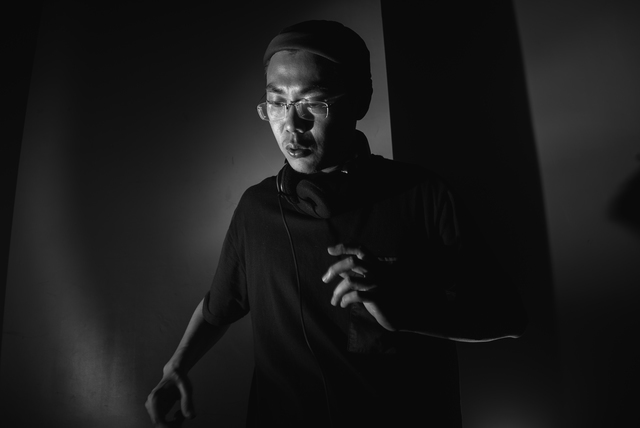 For the first of his two shows in Singapore this year, our favourite artist from China came by to Chinatown to deliver an absolutely brilliant live set.

Accompanied by drummer Zhang Yang, Howie Lee presented an open-minded crowd with his amalgamation of Western bass styles like dub, footwork and trap, alongside experimental field recordings, localized found sounds and traditional Chinese instrumentation. The Do Hits founder went over so well that he was invited back to perform a DJ set with Darker Than Wax just a few months later. 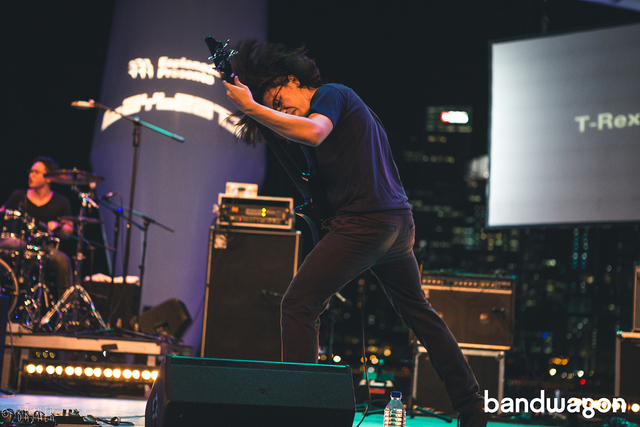 We already knew T-Rex were great, but adding a saxophone to the mix was the biggest left-field turn we’ve seen from a Singaporean band this year, and the most rewarding.

“This was an eye-opening and mind-blowing showcase for the gifted three-piece, who didn’t just impress with their versatility (members casually swap instruments) and casual virtuosity, T-Rex also astounded with their genre-bending range. The band’s stand-out moments came with the aid of saxophonist Tim O’Dwyer, whose avant-garde jams with band managed to successfully bridge math-rock, metal, jazz and everything in between.” Read our full Baybeats report. 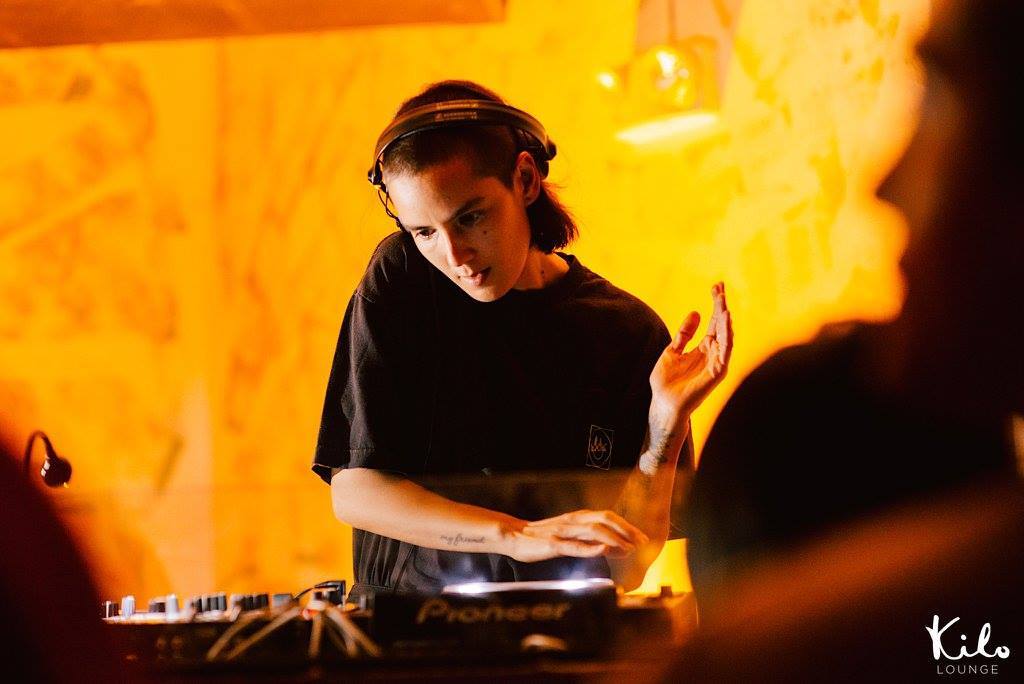 The reopening of beloved 4/4 venue Kilo Lounge is already a cause for celebration, but inviting down New York dance icon Kim Ann Foxman to help christen their preview weekend? Well, that's almost too much.

Her debut in Singapore was as joyous as expected, maintaining a packed dancefloor (some of whom were clearly unfamiliar with Foxman but enjoyed her set anyways) from beginning to end. Showing off her reinvigorated rave roots, the Firehouse Recordings founder deftly built from deep house to acid, keeping her crowd wild throughout.