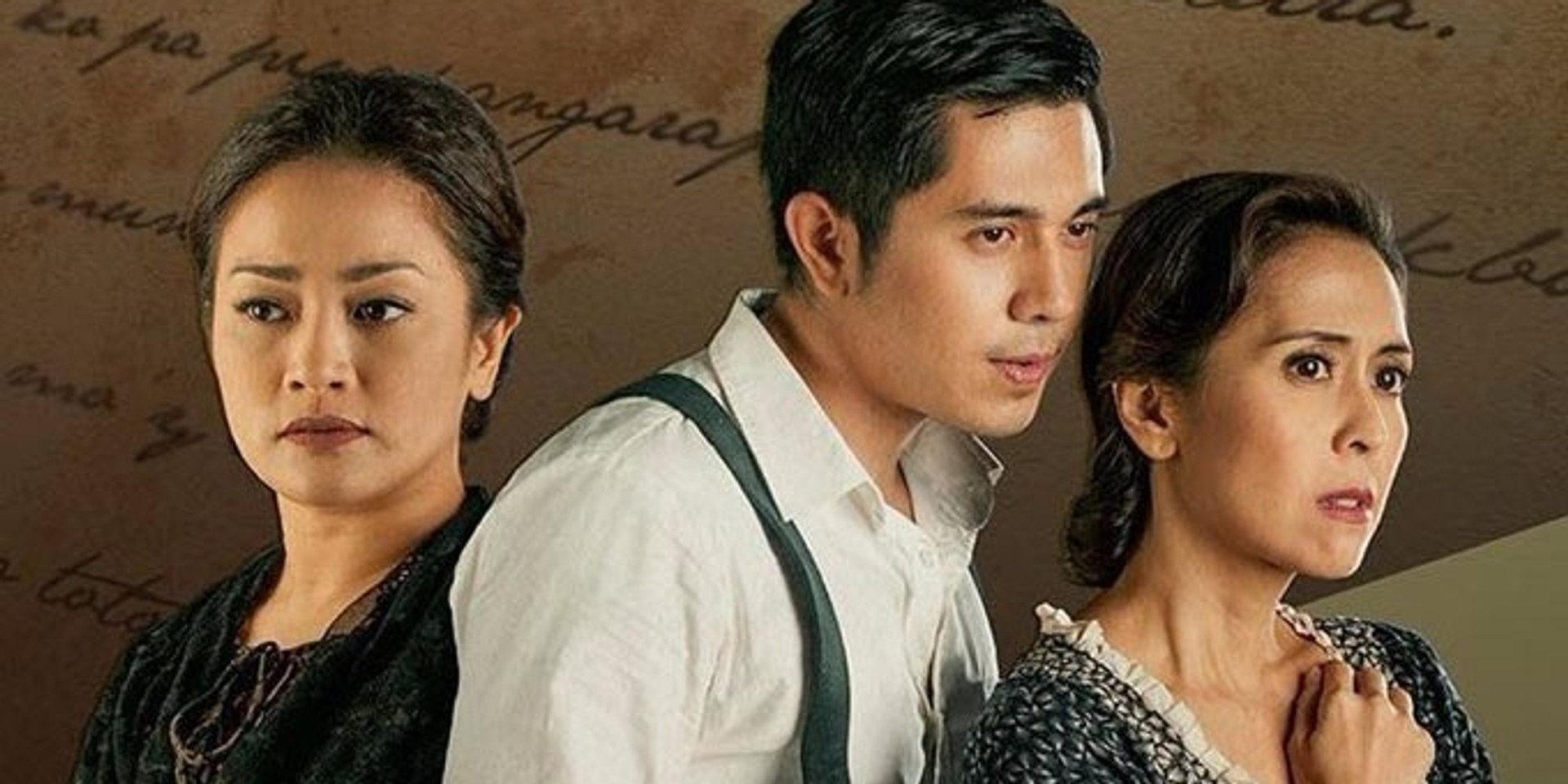 You know it's beginning to sound a lot like Christmas when production year-enders, Christmas-themed releases, and a plethora of holiday gigs with your favorite music acts keep you busy before the 25th hits. This year's Christmas Day plans seem to be heading a different direction, though, as we are given an unusual but exciting musical present: Ang Larawan will be in theaters nationwide.

This MMFF entry is the film version of Nick Joaquin's play-turned-musical. Through its world premiere at the Tokyo International Film Festival and its US premiere at the Cinematografo Film Festival in San Francisco, Ang Larawan has already given the world a refreshing glimpse of the Philippines beyond what the usual poverty-themed films provide, reminding people that we are a beautiful nation with a rich heritage.

Fun fact: It took five years for the cast and crew to prepare (one year of rehearsals and another year of mastering the music!), so when we sat down with Ang Larawan's Paula and music icon Rachel Alejandro we just had to discuss how the audience can prepare to fully appreciate this work of art.

So, if Ang Larawan is the movie star of your Christmas as well, don't forget to: 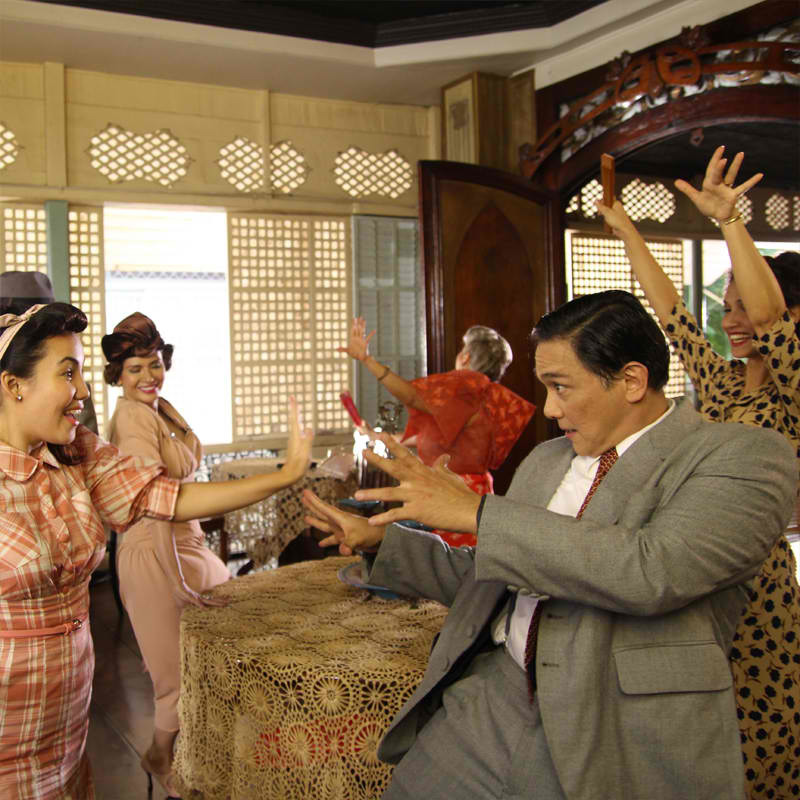 If you're following the news about the film, you would have seen this word thrown around a handful of times. As it is a musical, the libretto composed in the 1990s for Ang Larawan is part of the film's soul. Find out what it means and let your very own aha! moment lead you to appreciate the movie even more.

11. Remind yourself of the movie's plot. 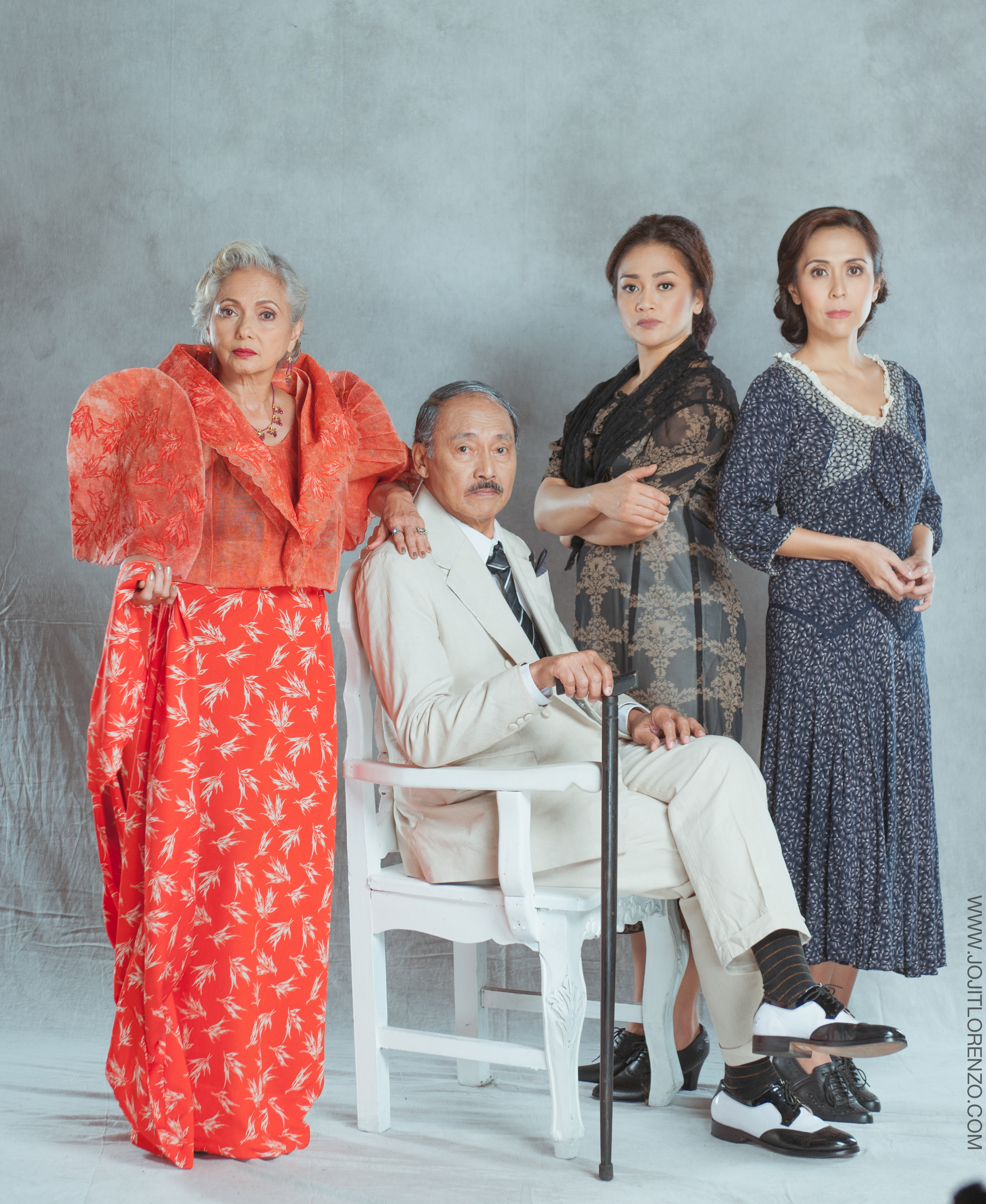 Many of you probably haven't thought all that much about Nick Joaquin since your Philippine Literature classes, so now is the best time to rediscover the beauty of A Portrait of a Filipino as Artist.

It's set in pre-World War II, Old Manila. [...] At that time, families were clinging onto the old traditions because of the Spanish time and all that. [...] It's basically about two sisters who are suffering financial ruin. So they were part of the upper class and suddenly now they find themselves, they can't even pay...kuryente. And basically kahihiyan na, so they get a boarder because they have a big, big house. Their lives become even more complicated [after that] because their father, who's a very famous painter, sort of like a Juan Luna, made one last masterpiece for them."

Still feels a lot like homework? Feel the slow burn that is this movie instead, by watching the trailer here:

Does this all sound like a boring period film to you?

"We wanted to speak to an audience who typically may not be aware of us," claims Rachel.

So yes, while this is a period film, it was made with a broader audience in mind — and that includes you, bes.

8. Visit the sites where the film was shot.

Intramuros was, I guess, the Makati of that time." 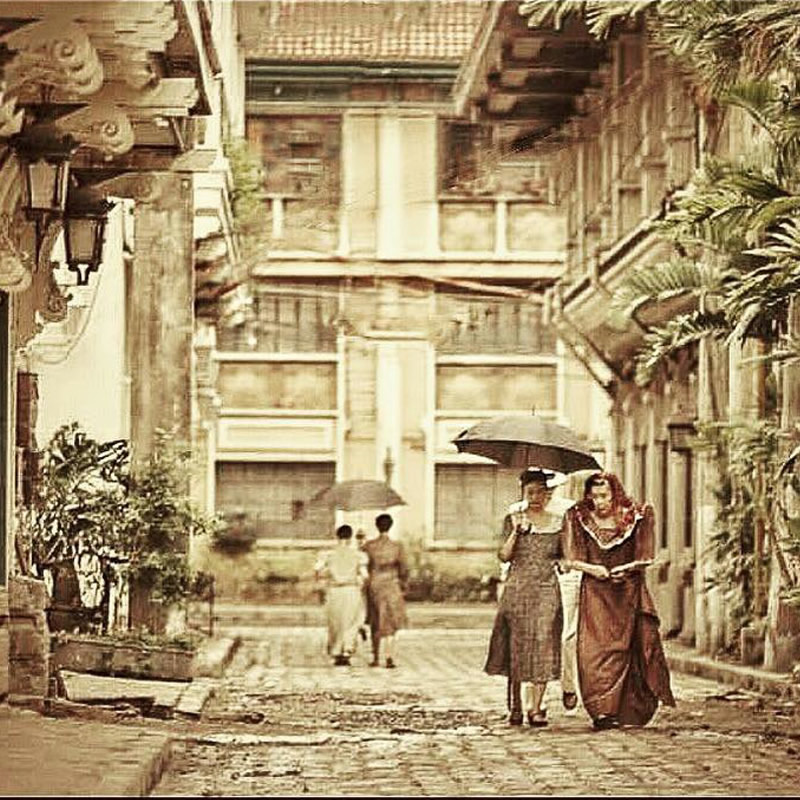 Rachel pointed out that the main difference between the play and the film is the fact that they "wanted to portray Intramuros like a character in the film." And this is in line with how Old Manila is starting to shine again through the music and arts events held there. That might be the perfect time for you and your friends to rediscover how beautiful some places in the city truly are behind the smog, grime and crime. (If you're feeling a tad bit more adventurous, though, venture down south and take a trip to the town of Taal where the movie was also shot.)

7. Familiarize yourself with the artists behind the film...

There's so much talk about Ang Larawan being made by two national artists and of course, a soon to be national artist, Mr. Ryan Cayabyab. When you say national artist, maybe not a lot of [people] would not know what it means. Really, the closest thing you can liken it to is the knighthood [in the UK]. It's the highest award given to any artist."

"Loy Arcenas is the perfect fit [for director] because he really has the eye for detail. If it's a period film, you really have to have that good taste."

It's about two women na nagpaiwanan ng panahon. They just watched life pass them by." 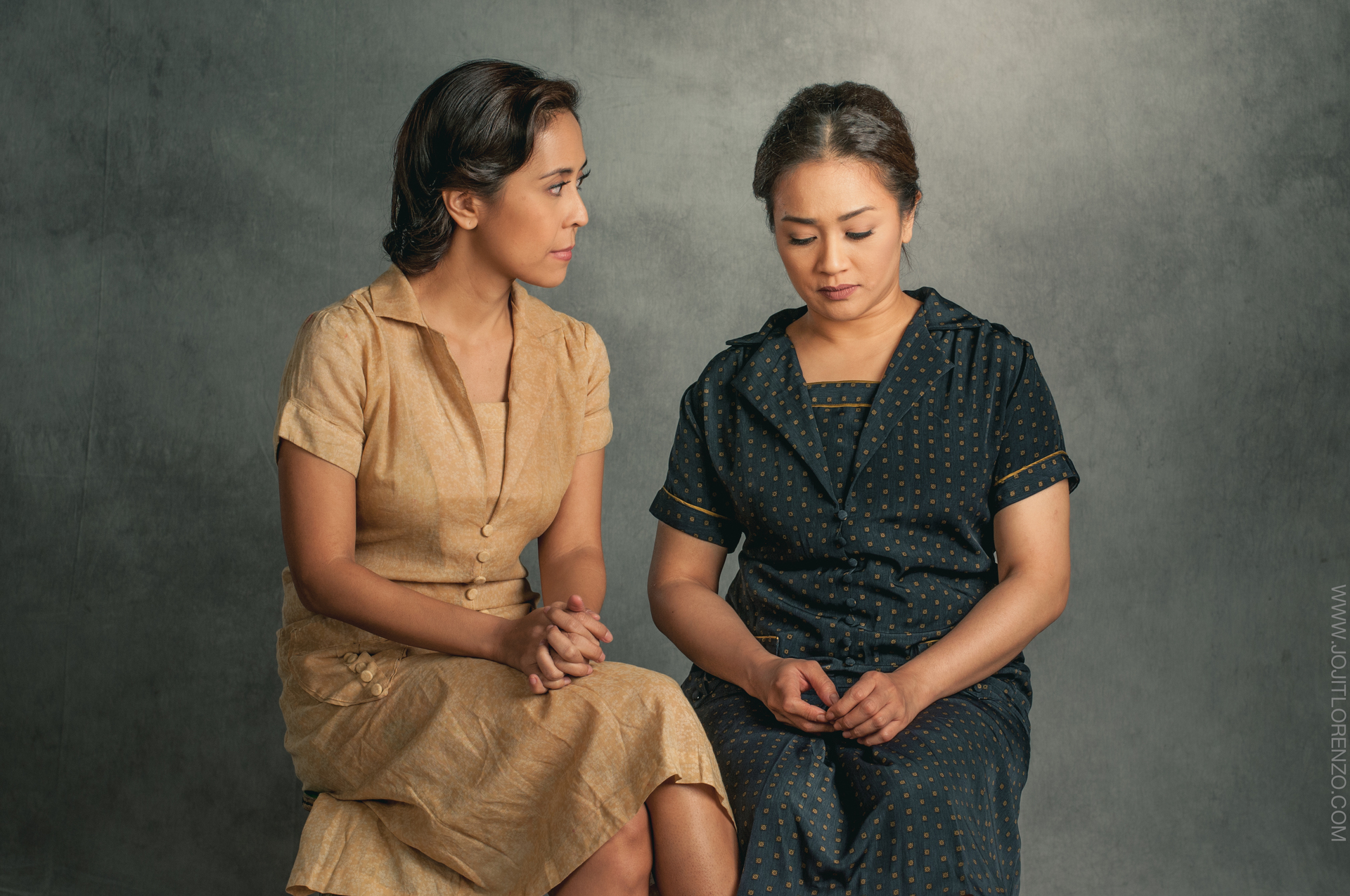 The movie promises to be more than your typical tale of two sisters and a rogue, though, because the characters are more than that. Find out where Candida Marasigan's resolve stems from. Dissect the dreams of Tony Javier. Understand the plight of Don Lorenzo. Witness Paula Marasigan transform from "innocent, fearful, soft-spoken" to "free and victorious."

"We'd love for the conversation to start," Rachel says. "What we're hoping that the millennials will do is agree or disagree with the decision made by my character, Paula, whatever she did with the painting in the end. It's basically like Paula saying 'You know what, I don't need this. I can survive and I can be okay because I have my sister, I have my family, I have my values.' That's it."

5. ...and the individuals behind those faces, too. 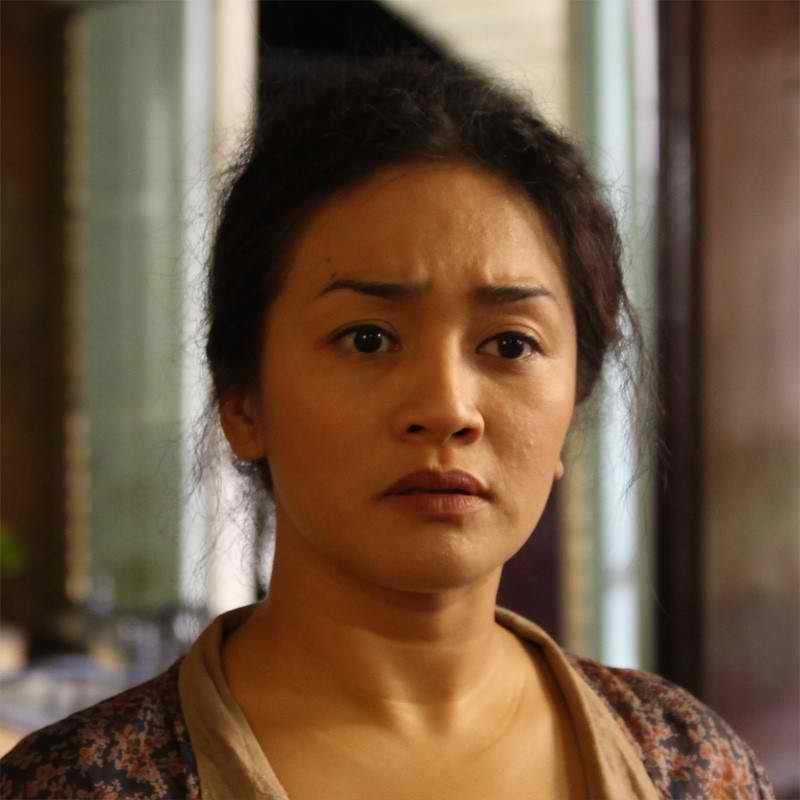 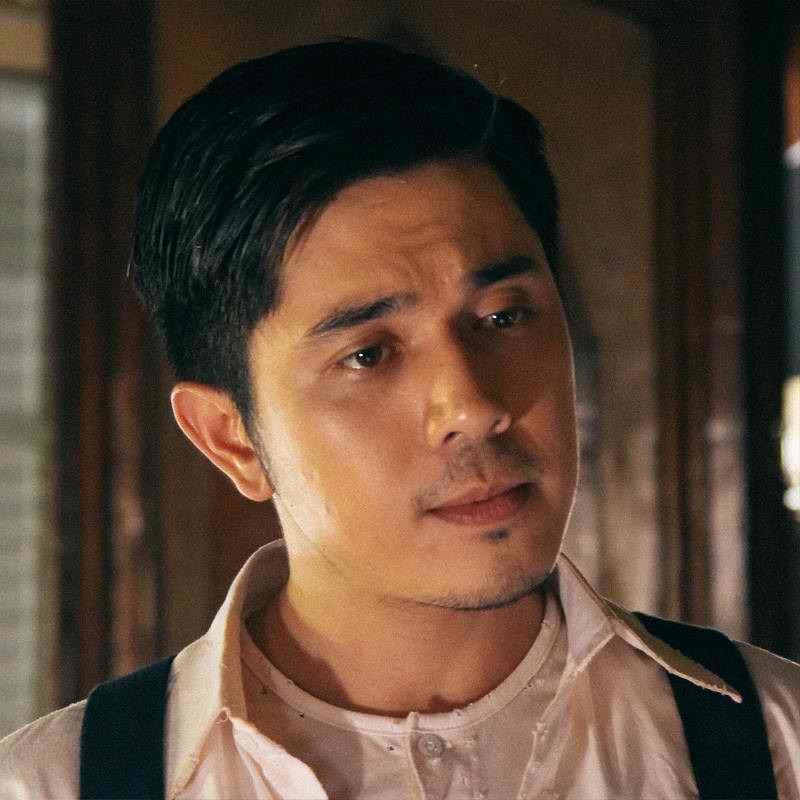 ...and Paulo Avelino is "handsome, mysterious and dangerous" (Rachel's words, not ours). But we think it is also worth taking note of how the actors and actresses put so much time and effort into making sure they give their characters justice.

4. Brush up on your Filipino vocab.

This is Menchu Lauchengco-Yulo's very first film. And she doesn't really speak Tagalog!" 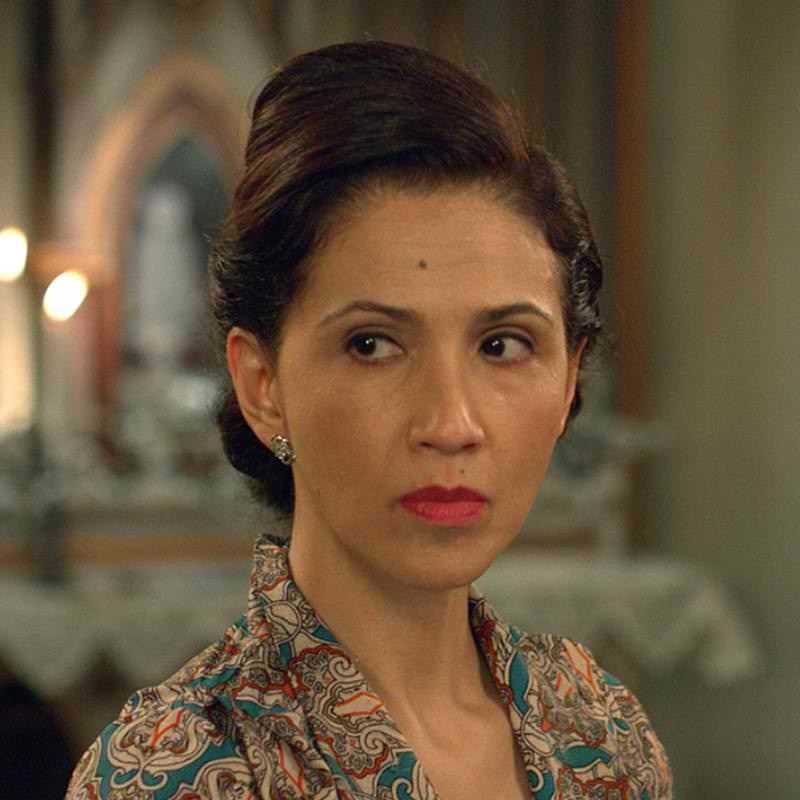 If Ang Larawan's Pepang made an effort to express her dismay in flawless Filipino, then we should make sure we understand each and every word sang and spoken in the film. (Some cinemas will show the film with English subtitles, guys!) 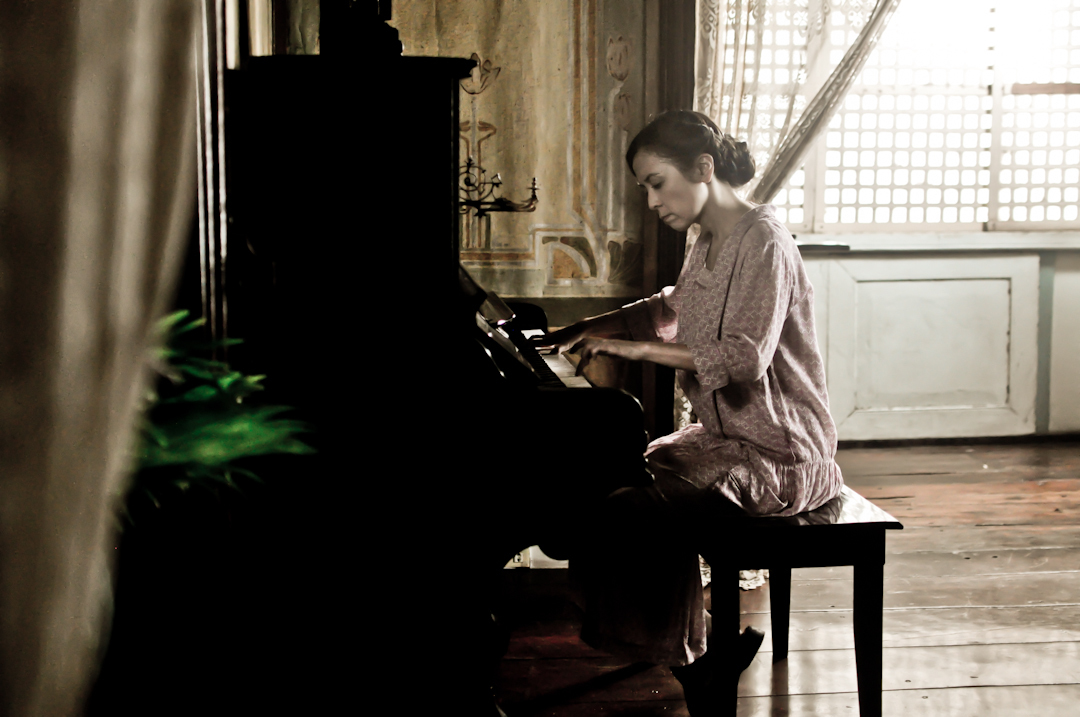 I think regardless of style and even if a lot of the music there is from the 40's — conga, yung mga vaudeville type — I think music is music. I think people will like it. I think they'll find it beautiful when they see the film."

We've already heard the pop version of the main theme 'Kay Sarap Ng Buhay Nung Araw' and Ebe Dancel and Rachel Alejandro's 'Kahapon, Ngayon at Bukas,' but the movie's soundtrack has so much more to offer. With the music being played live by the ABS-CBN Philharmonic Orchestra as well as some of the songs being sung live during the filming, the original soundtrack aims to present what Filipino music truly is.

"Because of the fact that we are so musical as a people, it's about time that our music is also put on the world stage. That hasn't happened, really," Rachel claims. "Yes, it is a hodgepodge of Western influences and all of that pero kahit papano may flavor pa rin na very Pinoy. And you would know it because you're Filipino, you've heard these things, but what about people from around the world? They don't have a sense of that yet, I think. And what I would love for this film to start is putting Filipino music on the world stage."

Listen to excerpts of the movie's music on their website.

2. Plot your choice of movie theater. 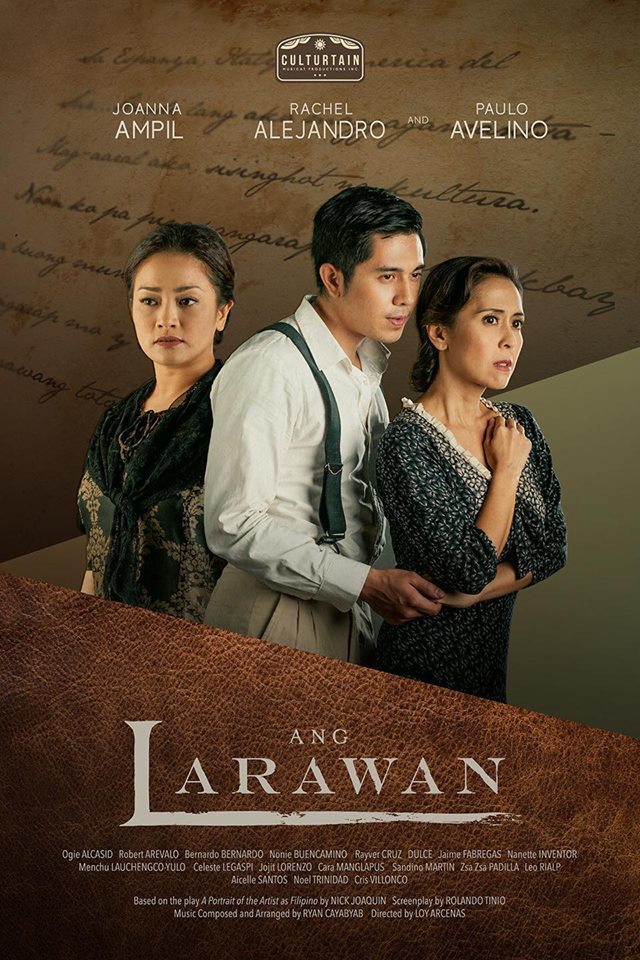 It is MMFF season, after all.

People are curious all the time whenever [may] mapasama sa MMFF. What I'm hoping to target [is] yung usual people na kadalasan they don't watch because [the films] are not to their taste. May iba-ibang taste ang Pinoy eh. May mga Pinoys na will watch certain films, will not watch certain films. We're hoping na kami yung other, we'll provide something for those na usually will not turn up."

...and we're not talking about your bae! Instead, grab your first roommate, stylist and makeup artist, confidant and friend, the Candida to your Paula - your sister! 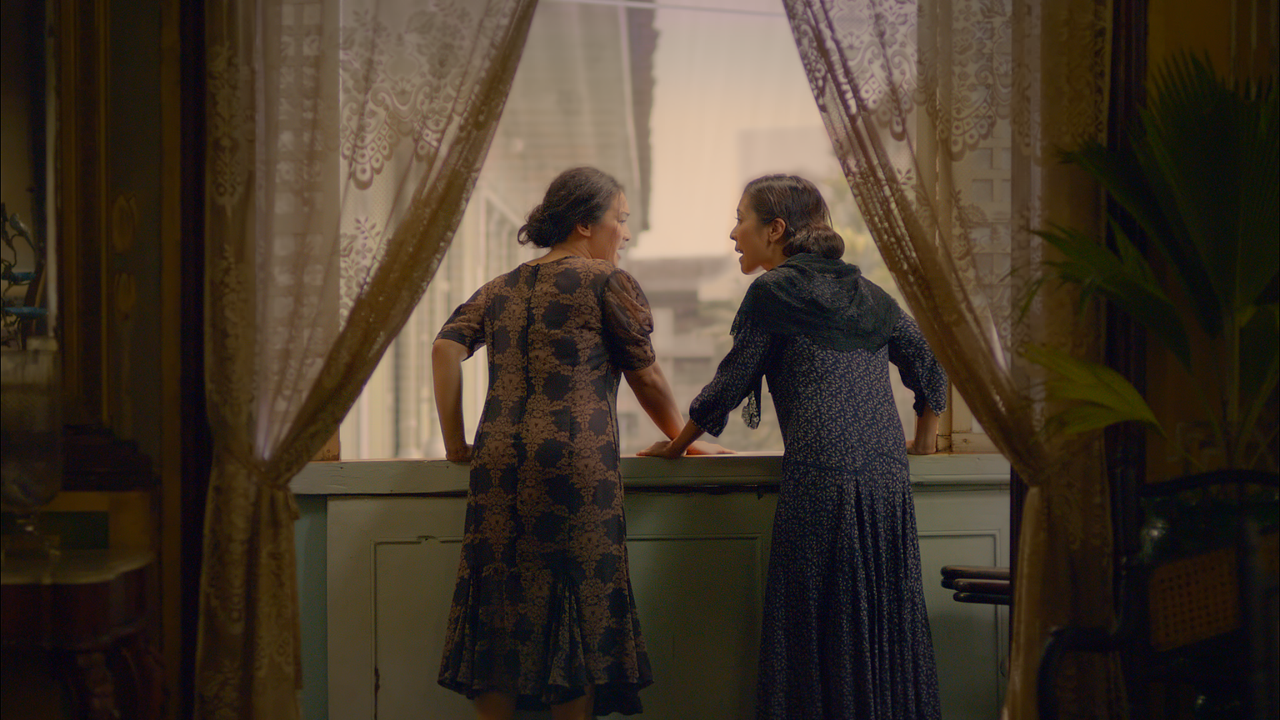 "Even if you don't understand how it was back in the day and you don't really care about our traditions of the past, I think you'll still connect with the fact that these are two sisters that are facing a decision in life," says Rachel. "At the end, it's the story of the love of two sisters in the face of change, in the face of betrayal, and all of that."

(Feel free to bring the rest of your family, too. It is Christmastime after all.)

Ang Larawan opens in theatres nationwide on December 25, 2017. The movie is an official entry to this year's Metro Manila Film Festival.