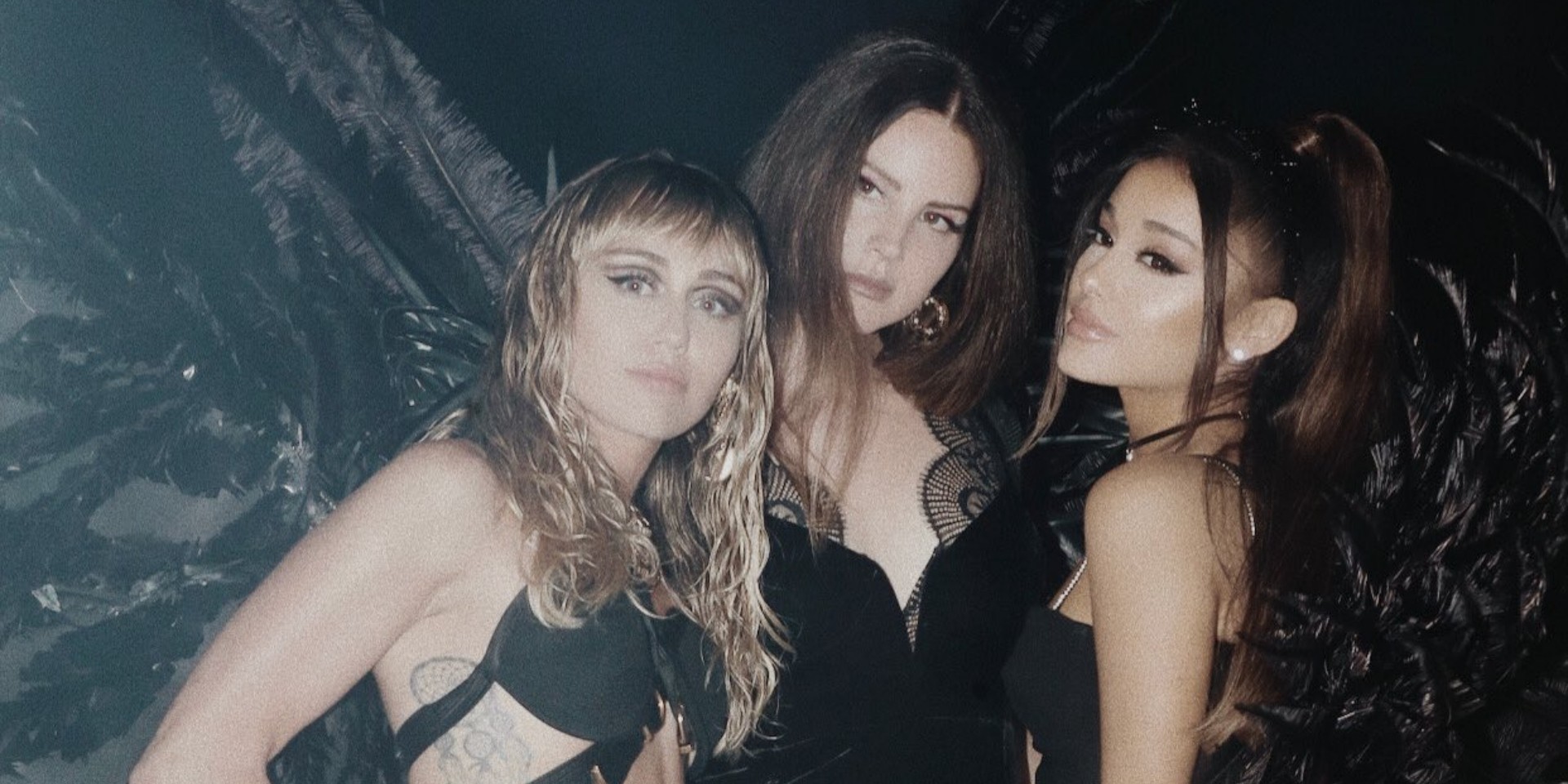 A new music video for 'Don't Call Me Angel' by Ariana Grande, Miley Cyrus and Lana Del Rey from the upcoming Charlie's Angels reboot has been released. It was premiered on Thursday, 12 September via YouTube, and has since garnered over 45 million views.

Directed by Hannah Lux Davis, who also recently helmed the music video for Ariana Grande and Social House's 'Boyfriend', the visuals for 'Don't Call Me Angel' see the three singers playing the movie's titular roles as Charlie's Angels working for the Townsend Agency. Each of them specialise in specific areas – Miley is skilled in combat, Lana takes care of technology and equipment, while Ariana seems to be in-charge of intel and communications. Elizabeth Banks, the director of the upcoming film, makes a guest appearance at the end of the music video.

Check out the music video for 'Don't Call Me Angel' below.