"Will I be 30 when I play my next gig?" said 28-year-old Anjo Silvoza, the bassist of She's Only Sixteen.

The Filipino alternative rock band just hit their 12th-year mark since the band started making music together in their high school days, but spending months apart from each other since the onset of the pandemic is a first for them. While their anniversary saw no confetti showers or chaotic crowdsurfing this year unlike their remarkable 10th-year anniversary party, the band was overjoyed to have spent the day teaching Anjo how to ride a bike.

"I think it helps with the pandemic stress, I don't think music is a stress reliever at this point," shared frontman Roberto Seña. "I think it's because we've never recorded music by passing files and then barely getting to see each other."

So for our 12th anniversary, we biked from our respective homes to Fairview so we could all teach Anjo how to bike. In return, he cooked us an amazing brunch. Btw, if you haven't seen our latest music video do check it out.

She's Only Sixteen tell a tale of brotherhood, ambition, and passion in their music. The friendship between the lead vocalist and rhythm guitarist Roberto Seña and bassist Anjo Silvoza date a long way back to when they were six. They met Andrew Panopio (backup vocals and lead guitar) and King Puentespina (drums) after the duo formed the band in high school. Although they have been actively producing new music and playing gigs since their self-titled debut EP in 2012, the band members chased their individual pursuits full-time while still keeping the band alive. 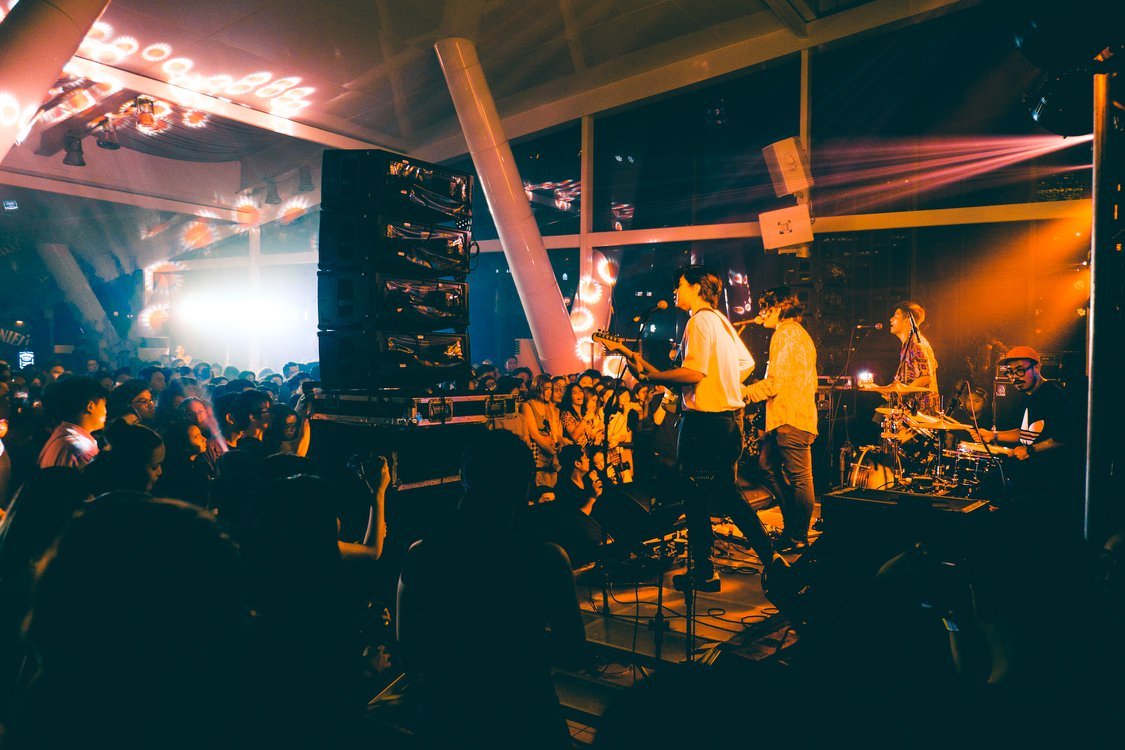 "This year, during the pandemic, it was the best time [for me] to pursue music full-time," shared Seña. "I guess the pandemic inspired the most, I've never been more focused. I'm not going out, I'm not playing gigs, so I'm making music all day, whether it's for the band or for myself. So I think I could say the same for the rest of us."

In their newest single 'Broken Glass', which was recorded and released during the pandemic, She's Only Sixteen poured months of experimentation into crafting their new musical direction, which would be fully unveiled in their upcoming EP. Inspired by the electronic beats from Seña and King's DJ stints, the single explored a side of She's Only Sixteen which extended beyond their 2017 indie rock, guitar-heavy sound in their first full-length album Whatever That Was.

Although they only released 'Currently' this year, the laid-back tune was recorded in 2019 as what the band called their 'stepping stone into the new EP', providing them with the closure they needed.

"I'm not gonna lie, [but] I'm really sick of our first album and first EP, so I'm generally excited moving forward. We've all been focused on how to create different sounds and I guess right now we have this musical ADHD we're dealing with at the moment," Seña shared.

Last month, She's Only Sixteen played a set for Route 196's farewell show, featuring crowd-favourites 'Leave Me Out Of It', 'Whatever That Was', 'Perfect', and 'Favoritism' from Whatever That Was. Instead of recording their performance in a studio, the band insisted on performing at their beloved bar in Quezon City for the very last time since they played their first gig when they were in high school.

The closure of bars during the pandemic was akin to overcast skies for musicians, as the culture of performing and listening to live music at bars was what stitched the fabric of the Filipino music community together. "In the Philippines, bars would hold shows maybe twice or thrice a week, anybody could, and a lot of people just perform there and a lot of people consume music there," said Anjo.

With uncertainty in the air, the past few months have seen She's Only Sixteen finding ways to remain present in the scene and stay connected to their fans. "We're really not sure when this will end, at least here in the Philippines, and when live shows will be available as they were before," said Seña.

I think it's just learning where we can put ourselves in and what we can do to stay heard."

Hi - Anjo here. This is heartbreaking for me to even write about, but I'll start with what I really want to say: #thankyouroute196 🍻 I think our first bar gig ever was at Route 10 years ago - I was a senior in high school and we played at the wedding afterparty of 2/3 of @techyromantics. We had a completely different lineup then, I was 18 years old and I remember this feeling like the grandest stage of em all. Fast forward to a decade later, countless shows infront of all you guys who would come to watch us play our asses off. Through empty shows that maybe just had 2 people in the room at 2am, to insanely packed rooms overflowing to the streets - Route was home for me and the boys. Thank you to everyone that makes up the @route196rocks team, and thank you to everyone who came, watched, jumped and danced with us there the past 10 years. This really can't be the last time. Damn. See ya soon, @route196rocks. #AllRoadsLeadtoRoute

The band shared that they were slated to tour Asia this year, but their plans were unfortunately thwarted. "From 2018 to 2020, we stopped touching the money that we get from playing shows, just to save up to make our own tour. So we were planning [to tour] Singapore, Vietnam, Japan, Korea, and then so we're just really saving up money to do that and we would have made it happen, or at least parts of it," said Seña.

He recalled that their very first international show was at Baybeats in Singapore, when they were still known as a 'college band' back then in 2015. The crowds at the Esplanade Amphitheatre came as a huge surprise for the band, who never expected to find listeners curious about their music. "It was pretty and it was super packed. I think that was the most nervous I ever was," added Anjo.

For our 12th anniversary, we'll be posting (what we feel like are) some of our best shows so far. She's Only Sixteen live in Esplanade, Singapore for Baybeats 2015. Our first time to play outside the country and infront of a foreign audience. It'll always be a cool memory remembering all those people vibin' w us then 💃🏽 Anyone here on instagram who watched us then on that show? Holla at us! - Anjo

The band also shared that playing at Taiwan's LUCfest in 2018 was an especially memorable experience for them. Despite the audience not speaking a word of English, the band was fascinated that they had an audience wanting to watch them play even though the stage was in Tainan, outside of the capital.

"I think the audience was just generally interested to listen to different music because sometimes when they're in festivals, people just go to watch one band and they leave," said Seña.

"When we play performed at Baybeats and in Taiwan, some people were just generally curious. And then well, I mean, hopefully, they ended up liking what we played." 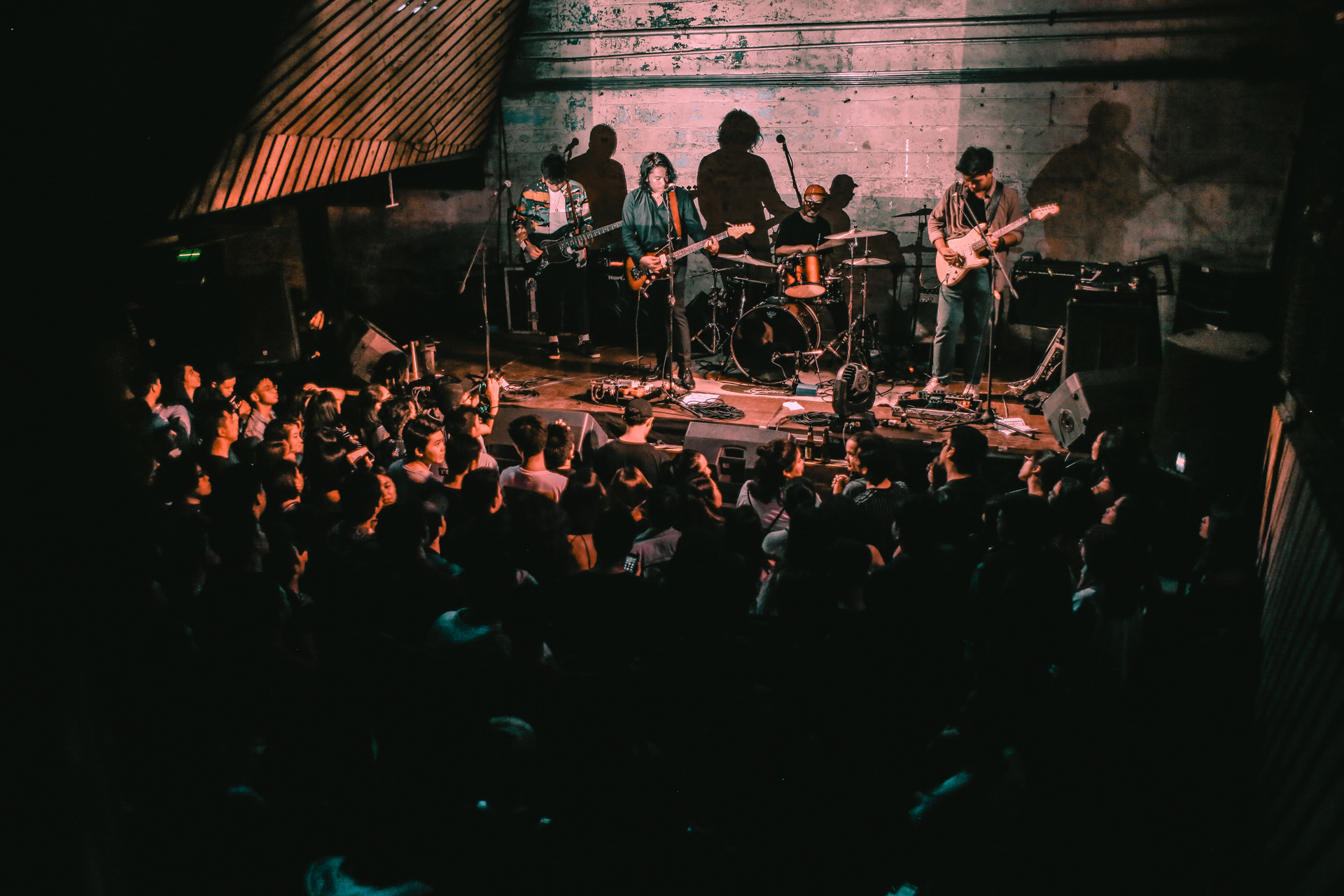 She's Only Sixteen plan to release an EP quarterly starting this quarter - their next EP which features five tracks including 'Broken Glass' is slated for release on November 27.