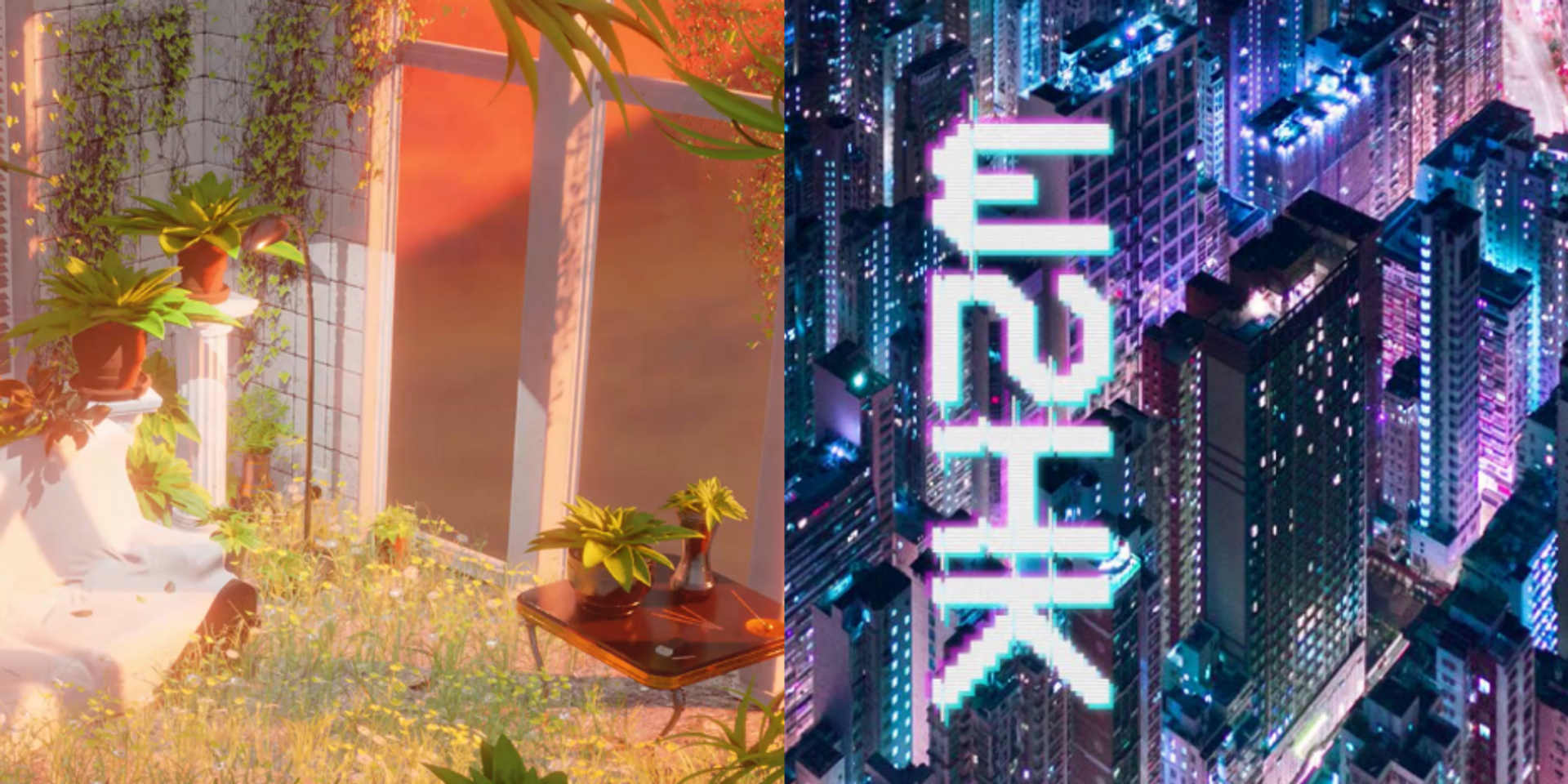 If you’ve been up late cracking the puzzle that is NFTs only to find your head in your hands, or witnessed the hubbub spewing across socials and press lately, it’s with good reason. What’s touted as the next cultural expansion vis a vis blockchain has taken an astounding number of artists and fans around the world by digital storm.

happy to support NFT artists, after a little education here... damn this is fun stuff https://t.co/a8bXAWLGee


An NFT, or non-fungible token, is a piece of digital item that has no exact replica nor duplicate, hence entirely unique. NFTs exist in a multitude of digital items - pixels, data, music, graphic art, basically anything that can be created on the internet. These can then be 'minted' and sold on an NFT marketplace, which is most commonly held on the Ethereum blockchain. Even mere text can be minted and auctioned, bogglingly exemplified by the founder of Twitter Jack Dorsey whose first tweet sold for about US$3 million at the time of purchase, of which he then donated.

just setting up my twttr

If you’re wondering - but hey, I could literally copy, paste and save a JPEG, or a track from my favourite artist, or screenshot a tweet and ‘own’ it - and you wouldn’t be far off. But you don’t technically own it, you’ve merely made an unoriginal copy of it.

Let’s imagine Snoop Dogg invites you to a one-person concert. It’s hosted within the confines of the Statue of Liberty’s torch room (tragically no longer open to the public), and you’ve recorded the entire thing on your cell phone camera. Only you possess that singular piece of concert footage, which is now akin to a collector’s item.

Then, let's fantasize the die-hardiest of Snoop Doggs’ fans wanted to own said recording for themselves. You’d mint it as an NFT, and list it on a marketplace to transact. Like fingerprints, NFTs have unique identifying codes and metadata, and are strapped with built-in authentication.

This means when you mint something as an NFT, the eventual owner of that file gets exclusive rights to it and its digital signature; exclusivity is the name of the game here, as it’s impossible for two identical NFTs to exist (hence, 'non-fungible). So after you’ve (reluctantly) auctioned off your Snoop Dogg footage, technically, it no longer belongs to you, and someone else has the bragging rights to that NFT.

Creatives favour this channel for a gamut of reasons. Much of it has to do with the radical digitalisation of life itself since the pandemic, although depending on who you’re talking to, this was altogether seen as inevitable and merely accelerated by Covid-19.

Musicians currently only get 12% of all revenue in the music business. That's it. The rest go to middlemen (labels, streaming services, publishers).

This system both undervalues music AND benefits corporations at the expense of artists.

NFTs have the potential to change this. pic.twitter.com/4C4E7mSjds

And the logic makes sense. With online digital marketplaces, painters don’t have to physically depend on art shows and galleries; artists and musicians can mint custom, one-of-a-kind NFTs imbued with limited edition content, like what 3LAU has done, connecting themselves to their fans and cutting out the middlemen, thereby boosting direct revenue streams.

In broad strokes, that’s essentially why NFTs have been plastered all over newsrooms as of late. The ‘Nyan Cat’ gif that debuted about a decade ago was recently remastered by its owner Chris Torres and listed as an NFT, netting a cool US$590,000 in February. Grimes famously sold her bundled NFT, filled with heaps of her unreleased production content, for a whopping US$6 million. Even Rainbowbridge World (RBW), who represents K-pop artists like MAMAMOO, Vromance, and Oneus, is getting into the game.

Whilst labeling it as a trend can be reducing, it’s fair to note that the entire NFT marketplace does come with its own scrutinies, such as high barriers to entry, or its detriment to the environment.

In a striking example, French artist Joanie Lemercier, who was initially unaware of the energy consumption his popular NFT release would enact via its auction, ended up incurring 8.7 megawatts-hours of energy - which was equivalent to 2 years of energy use in his graphics art studio; the transaction in its totality took a mere 10 seconds.

As a result, tackling artistic expression with responsible climate action has still been somewhat of an evolving hot topic, and at the moment, aggressive whistle-blowing from enraged bystanders has diminished the appetite for entering the marketplace. And whilst the ethical argument may be sound, the allure for artists who want to make quick bank and ride the rising tide of the NFT economy means they might turn a blind eye to morals altogether.

What’s for certain is that emerging tech has to be dabbled with and troubleshot to weed these issues out, and it remains to be seen how the space will pan out in the future.

Here are some Asian acts who have been exploring the new world of NFTs:

Blending their love for photography and a keen exploration for the emerging space, the series consists of five photographs selected by Chou, which were then animated by local visual artists and treated with music by the Chinese singer himself, expressing that “NFT brings music to a greater and safer space for art.” They worked with Sunny Side Up, a creative agency that coordinates NFT artworks of both rising and established artists around Asia for the release.

Born in China and raised in the US, Bohan Phoenix’s journey is one of bridging the gap between East and West. The rapper has close relations with fellow Chengdu hip-hop quartet Higher Brothers. Favouring his independence, he turned down multiple offers from several labels, as well as The Rap of China, to remain as status quo. He’s announced his first full-length album to drop in 2021, but not before dabbling in the crypto art space.

Fittingly the rapper has embraced the direct-to-fan ideology of the marketplace, and in collaboration with LiFTED Asia has minted their first cover, shot by Kelly Liu, into an NFT.

Based in Hong Kong, 45-year-old Singaporean-Chinese musician and producer Hanjin Tan, known for popular rock and hip hop tracks like '沒時間後悔' (No Time for Regrets), '愛是懷疑' (Love Is Suspicion), '戰爭' (War), and 'Down', debuted unreleased single nobody gets me, on the marketplace.

it's happening! my first NFT!
so I"m gonna just come out and claim it:
I'm the first Chinese musician to drop an NFT! LOL!

Claiming to be the first Chinese musician to put out an NFT, purchase of it contains a 7-second long MP4 file, made up of 7 video and photographic elements.

NFTs can also be minted with specific codes for restrictions or permissions. For Tan’s, the NFT single allows its buyer to have 50% voting rights on any future decisions regarding the track, the right to play it, as well as the right to possess the audio file. The other 50% of permissions lies with the Singaporean himself.

The release is slated for 3 June 2021 and will be the first Hong Kong NFT album globally. Comprising of nine multimedia audiovisual recordings, Welcome to Hong Kong (W2HK) offers extensive music production and a protagonist video character (a digital Miss Yellow), accompanying the user throughout a cyberpunk Hong Kong with trippy, merging realities.

“By merging electronic music, retro Cantonese lyrics and traditional Asian musical instruments, we hope to create a unique artistic experience where audiences can hear and feel the vibe of a city where the East meets the West, the future interconnects with the past, and modernism interacts with tradition," says Jonathan Serbin, Head of Whet Records.

“We always encourage our artists to opt for innovation and creativity. This first Hong Kong NFT album marks the beginning of the use of NFTs in the local music industry. We are very delighted to work with Yuen Yuen to achieve this momentous milestone.”

Korean boy band A.C.E released a special collection of digital collectibles to their 5.5 million fans across their social networks in April. The quintet, which has collaborated with the likes of Steve Aoki, Grey, and Thutmose, was the first K-Pop act to tokenize their wares as NFTs.

Housed on blockchain marketplace Worldwide Asset eXchange (WAX), fans would choose from either a pack of 5 or 15 NFTs, with the purchase allowing a chance to secure autographed photo cards/albums, as well as virtual sessions with the band. However, the project was met with criticism when their fans chimed in to reiterate NFT's environmental impacts, as well as what they characterised as a marketing ploy by their representing agency, Asian Agent.

An open letter to CHOICE: pic.twitter.com/vNnj7NfzBM

A.C.E band member Kim Byeongkwan previously expressed his excitement for the project on behalf of the group, and the CEO of Beat Interactive, Hye-im Kim, also added that a portion of the NFT sale would go to the Asian Women Alliance, in support of the AAPI community and their fight against anti-Asian hate crimes.

He’s pledged 25% of the proceeds to Mint Fund, which provides BIPOC/LGBTQIA+ artists with funds to mint their first NFTs, as well as a one-time 25% donation to Offsetrea, an organisation dedicated to high-impact, certified carbon reduction projects.

For future breakdowns on the NFT space, as well as updates on the emerging scene within the Asian music channel, stay tuned to Bandwagon Asia.