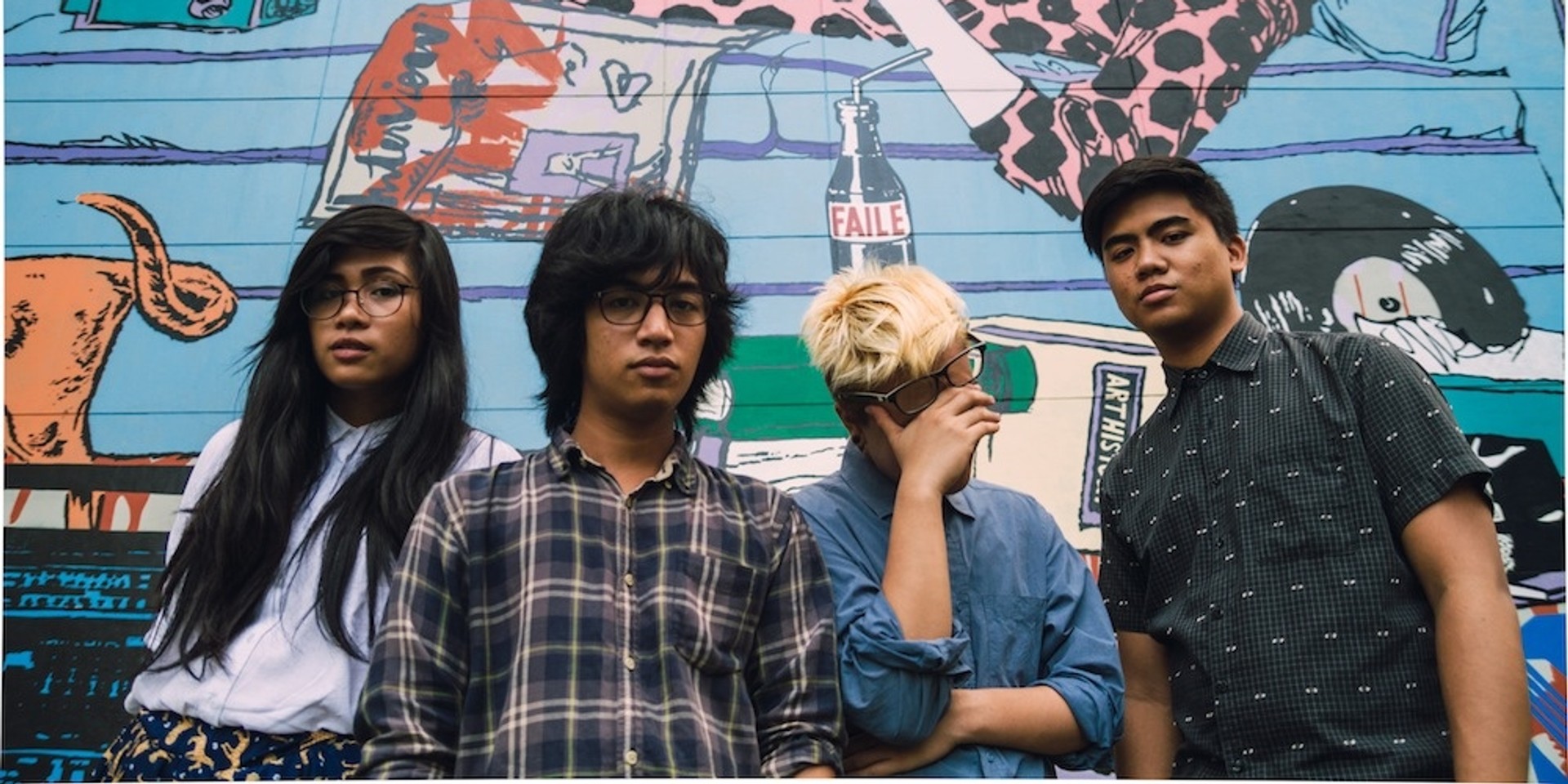 From bar gigs to the Wanderland stage, Oh, Flamingo! are now set to take the rest of Southeast Asia starting with their Mosaic Music Weekend showcase. Their Singapore stint will mark the indie quartet's first ever overseas show. We speak to the band ahead of their trip to the little red dot and they tell us about pre-show jitters, reaching out to fellow Asian artists and the top 5 albums that helped shape their sound. 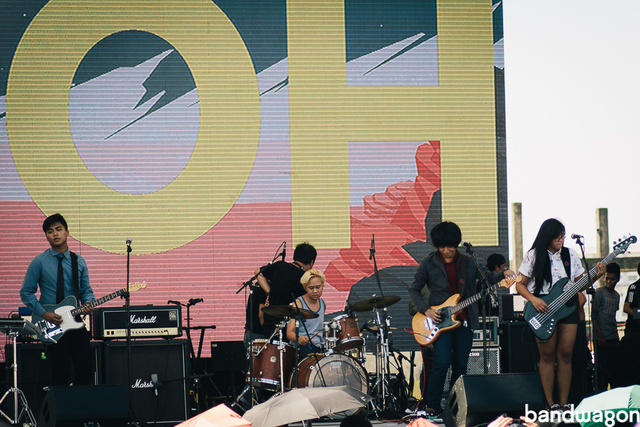 2016 has been an exciting year for the band so far—playing alongside Death Cab for Cutie and Bon Iver at Wanderland 2016 as Wanderband Champs, playing all over the metro plus guesting on the local music video channel and now, heading off for your first overseas show at Mosaic Music Weekend. What has changed since you started the band in 2013 and what has remained the same?

PAPPU: It's been one hell of a crazy ride but I'd like to believe that this is just the beginning. We treat everything as a learning experience because we are committed to improving Oh,Flamingo!  as a band and as a brand.

I am somewhat still in a state of disbelief that my some of my childhood local music heroes are now my friends. In spite of that, I still look up to them and consider them as an endless source of wisdom when it comes to being part of the music industry in the Philippine context.

If there's anything that's unchanged, we're still the same crazy friends we used to be. A little bit wiser, with more pressing struggles and concerns in life, but crazy nonetheless. Lovette. 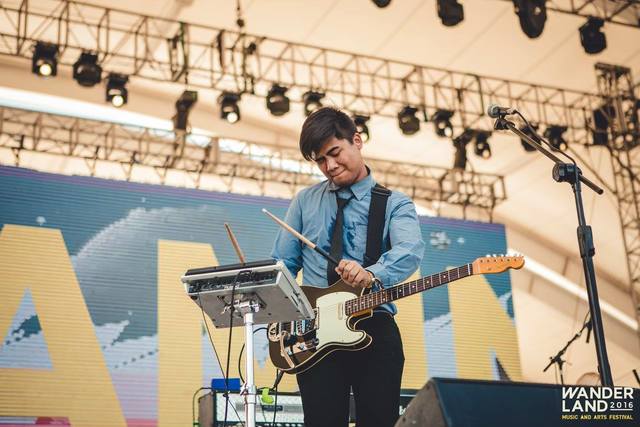 We are committed to improving Oh,Flamingo! as a band and as a brand. - Pappu

HOWARD: It's been quite a ride the past year! I'm really proud of the band. We do whatever we can to really plan out what we want to achieve and iron out what we need to do in order to reach our goals.

Our passion for what we do as a band continues to grow stronger. We'll always have that amount of playfulness in whatever we do. In terms of change, i'd like to think that we've had significant improvements to what we do as a band, in performance, creativity, promotion, everything. There are definitely less embarrassing things on stage! Haha.

BILLIE: Our gear has improved, definitely. We started out using badly set up and worn out instruments. Haha! Another thing that changed is our the amount of  experience we have. We are more knowledgeable when it comes to recording and live performance since we were already able to experience different stages, different venue sizes, and different crowd volumes. But we are still in the process of learning new things, especially now that we are about to do our first show overseas. It will definitely be an enriching experience for the band.

Do you still get jitters before you go onstage for bigger performances like festivals? What's the difference between playing at Fête dela Musique and performing at an international music festival like Wanderland?

HOWARD: I always do! Minutes before we go onstage I always still feel like puking. Once we start playing, though, all that tension turns into sheer joy and excitement.

There are more familiar people at Fête, the faces you see in bar gigs, and bands who've become friends over the years, so it's definitely more like a congregation of sorts with people in your circle. Playing alongside DCFC was crazy; they've been such heroes to me. It definitely feels like a bigger stage since we shared it with artists from different parts of the globe. 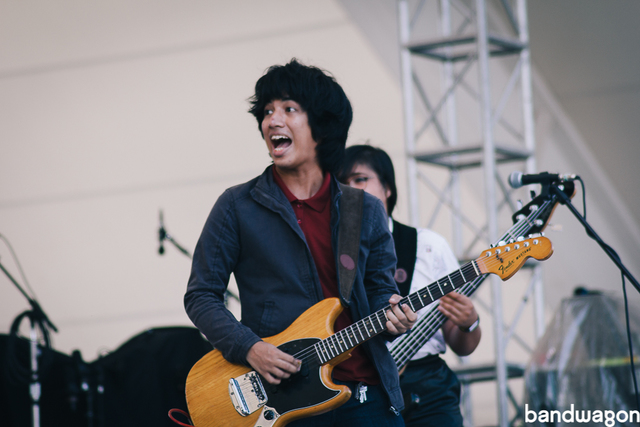 Fête (de la Musique)... it's definitely more like a congregation of sorts with people in your circle. Playing alongside DCFC was crazy, they've been such heroes to me. It definitely feels like a bigger stage since we shared it with artists from different parts of the globe. - Howard

BILLIE: I definitely still get pre-performance jitters. I tend to overthink everything that could go wrong on stage, but when we start playing, all the fear goes away, and I just enjoy the moment. Big events mean large crowds, and the energy I get from the audience is inexplicable. It gives me a natural high.

I think Fête de la Musique is our homecourt since we shared the stage with our peers from the local music scene, and Wanderland is our debut to the international stage. Fête de la Musique was our comfort zone, while Wanderland was where we learned how foreign bands execute their performance. It's very different from how we usually do it! We learned that bands really prepare a full blown show for their international gigs, with visuals, light shows, their own backline, you name it!

PAPPU: My pre-show jitters are the same for each show we play. I always worry about how we will sound like. Be it a big gig or a small gig, I want us to sound our best every time. We are fortunate to have some technical knowledge when it comes to tinkering with our gear and gear provided for us so that we can maximize our sound given what we have. I often make it a point to listen to the band before us so that I can evaluate what needs to be adjusted during our set. If there's anything I'm afraid of, it's playing first for the first time in an unfamiliar venue.

If you can introduce a new listener to Oh, Flamingo!'s sound with a song from your EP, which one would you choose?

HOWARD: "Two Feet"! Our energy bounces off with each other best there.

BILLIE: I'd say "Out", because we let out our crazy side in that song
PAPPU: "Reflections" because it reflects our music. Wut.
FRIES: "Two Feet".

You're playing at Mosaic Music Weekend in Singapore with Lisa Hannigan, Patrick Wolf and regional artists like Korea's Idiotape, Australia's TOMGIRL, and Singapore's Dru Chen, Riot in Magenta and Cheating Sons. In our recent interview with BP Valenzuela (who has played in Singapore twice—last year at Music Matters and earlier this year on the Bandwagon Riverboat), she said that it feels like, in Asia, there should be more regional love and that most Asian bands should know each other. How important are regional ties to you as a band and can you share with us your favourite regional discoveries? 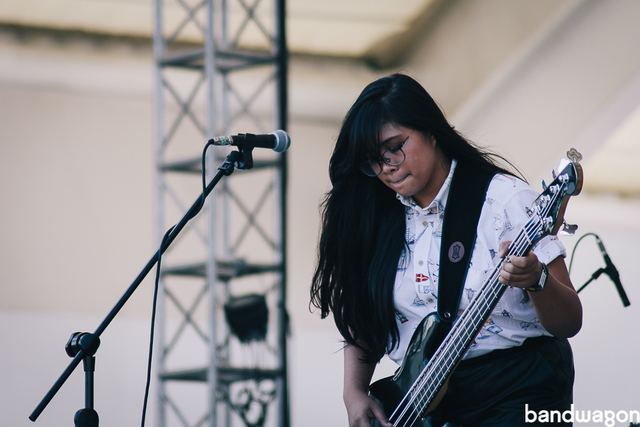 It would be really cool if we are all able to break out of our geographic limits and share our music and interact with foreign artists. - Billie

BILLIE: I believe that establishing a connection among asian artists is very important. When Pappu and I went to Malaysia for Good Vibes Fetival, we met music enthusiasts who told us they know a few established bands from the Philippines. It felt good to know that some of our artists have made a name outside our country. It would be really cool if we are all able to break out of our geographic limits and share our music and interact with foreign artists. There are a lot of similarities between the music in other Asian countries and what we have here. For example, Malaysia's Mutesite is quite similar to our own Tom's Story and tide/edit, and I'm sure other Asian artists also have "counterparts" here in the Philippines.

They are SUPER CRRAAAZZZYYY (!!!) They never seem to run out of new and unique ideas. They are our idols when it comes to being crazy. We guess Deerhoof is the reason why we are branded as the local indie scene's weirdos. (READ: GIG REPORT: Deerhoof Live at the Great American Music Hall)

The Beatles were the masters of irresistibly catchy pop music with inventive arrangements! They were always ahead of their time. It's been almost 50 years since its conception, but there's always something to discover every time you grab a listen. We grew up listening to them as much as everyone else, and we can't help but incorporate their influence in our songs.

Last Dinosaurs - In A Million Years

The Last Dinosaurs are a very young band who were able to infuse their Japanese roots to their alternative music, and that's what makes this album unique. All their parts are catchy. You can sing along all the instruments. We were inspired to craft our songs to make not just the vocal melodies, but ALL our instrument parts very memorable.

If there is one band we look up to locally, its the Itchyworms. This album contributed to our formative years, especially because it came out when most of us were just starting to learn how to play our instruments. Itchyworms was one of the more progressive pop bands in the early 2000s. Their song arrangements are very technical but they still maintained their pop sensibilities. This album inspired us to make intricate arrangements of our own.

Oh, Flamingo! will be performing at this year's Mosaic Music Weekend. Catch them live on Saturday, September 3 at the Esplanade Outdoor Theatre. Set times are at 7:30 pm and 8:40 pm.