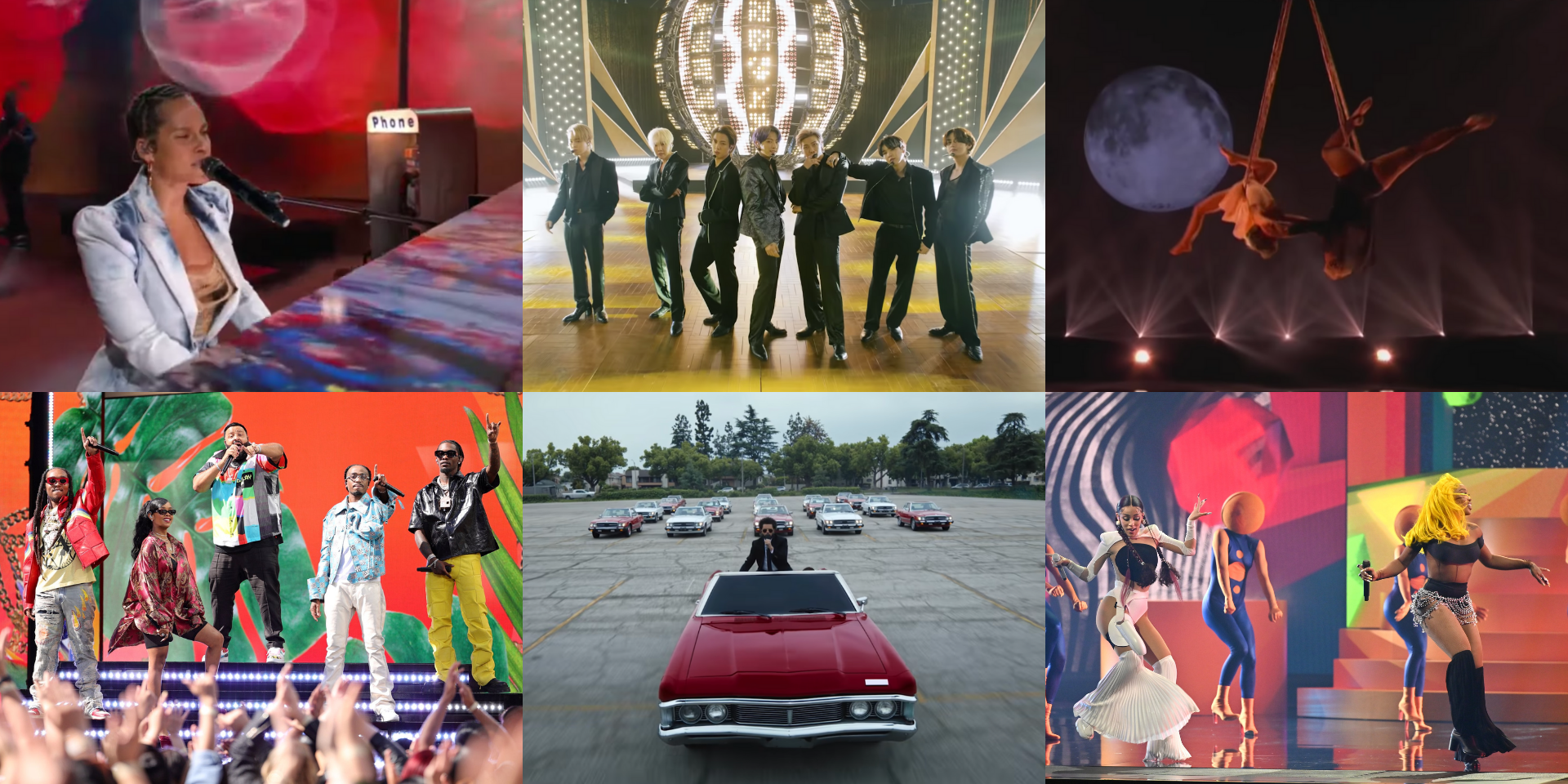 And so the curtains close! The Billboards Music Awards 2021 has come and gone, with winners crowned and accolades aplenty, breaths stolen and hands shaken.

and that's a wrap on the 2021 #BBMAs! pic.twitter.com/wpNPZEEO5T

This year’s edition was both attended by live audiences at the Microsoft Theatre in Los Angeles and live-streamed after 2020’s postponement, which meant many could vouch and voice their support from across the globe.

Here are the winners of the 2021 Billboard Music Awards

Whilst many are still drooling over the awards reel, we round up some of the dazzling performances of the night that stunned, shook, and mobilised everyone off their seats for a roaring spectacle.

One of the hotly anticipated acts of the night, BTS debuted their English single ‘Butter’ with its first-ever live performance on top of snapping up a myriad of prestigious awards. These include Top Duo/Group, Top Song Sales, Top Social Artist, and Top Selling Song for previous single ‘Dynamite’.

The GRAMMY-nominated group has now won 9 BBMAs throughout the years and looks on track to further global success, with their single alone already breaking Spotify and YouTube first-day streaming records. For their fifth BBMAs Top Social Artist title, the group was up against fellow K-Pop acts BLACKPINK and SEVENTEEN, Filipino pop act SB19, and American darling Ariana Grande in the fan-voted category.

Nominated for 16 Billboards and winning 10, the artist performed ‘Save Your Tears’ in a ridiculous number that involved the star being driven and escorted around in bright-hued Mustang muscle cars, after an enthused presentation from Crazy Rich Asians star Henry Golding.

“I wanna take this opportunity to thank you, my parents,” he said. “I am the man I am today because of you. And thank you to my fans, of course. I do not take this for granted.”

He bagged the awards for Top Artist, Top Male Artist, Top Hot 100 Song for ‘Blinding Lights’, and Top R&B Album for After Hours, and others in his stride for what was a fantastic weekend for The Weeknd.

P!nk was accompanied in performance by her 9-year-old daughter Willow Sage Hart for her Icon Award, celebrating the trailblazing contributions of the 41-year-old as a true icon to the pop and rock’n’roll scene.

what an unforgettable moment between mother and daughter 💞 #BBMAs @Pink pic.twitter.com/zeiWCXrVia

.@pink just gave us SO MANY reasons why she's our ✨ICON✨!! #IconPINK #BBMAs pic.twitter.com/aXs6bpk4T1

Presented to her by her longtime friend and cemented legend Jon Bon Jovi, P!nk, who often fancies herself a death-defying performance or two on stage, donned a classic blackout leather jacket and outfit, and exemplified what a true icon performance embodies, opening with ‘So What’ to rapturous audience energy.

Performing some of her greatest hits from her 2001 debut studio album Songs in a Minor, the GRAMMY-winning vocalist’s medley was first presented by the likes of Nick Jonas and previous First Lady Michelle Obama, who recorded a thoroughly momentous video tribute for Keys detailing her illustrious career and contributions.

I- I- I- I'm fallin' for @aliciakeys & this #BBMAs performance !! 😍 pic.twitter.com/IoAKk6EjxL


It was also the album’s 20th anniversary, which debuted at No. 1 on the Billboard 200 and earned the 2002 GRAMMY Award for Best R&B Album, amongst the songstress’ numerous accolades. Having been on the circuit since she was just 19-years of age, Keys has been a mainstay not just as a musical artist, but as an embodiment for the underprivileged around the world. In 2003 she co-founded Keep a Child Alive (KCA), as well as the We Are Here movement.

The second performers of the night, both superwomen Doja Cat and SZA took center stage to perform their new collaborative single 'Kiss Me More'.

this @DojaCat and @sza performance from the @Xfinity stage is out of this world 🪐✨ #BBMAs pic.twitter.com/jNQFMerxf1

it's no wonder this song is a charting hit 💋🔥🥵

s/o to @DojaCat and @sza for a fire #BBMAs performance from the @Xfinity stage !! pic.twitter.com/B0tqcQZMpx

It was never in doubt that the BBMAs would open in power. Shortly after opening words by host Nick Jonas, DJ Khaled, H.E.R, and Migos set the stage in tandem with adrenaline-filled sets that marked the tone.

Just performed “WE GOING CRAZY” on the @BBMAs with @djkhaled and @Migos! Don’t miss the rest of the show on @NBC! #BBMAs pic.twitter.com/aAZm4kt9vi

No stranger to the Billboard nominees list themselves, the energy from the trios' mash-up was reverberated and responded to by the crowd, who would not stop moving to their newly released anthem 'We Going Crazy', which features a Shawty-Lo sampled record and is housed on DJ Khaled's latest album, Khaled Khaled. Meanwhile, H.E.R and Migos are preparing their debut album and forthcoming release Culture III, respectively.