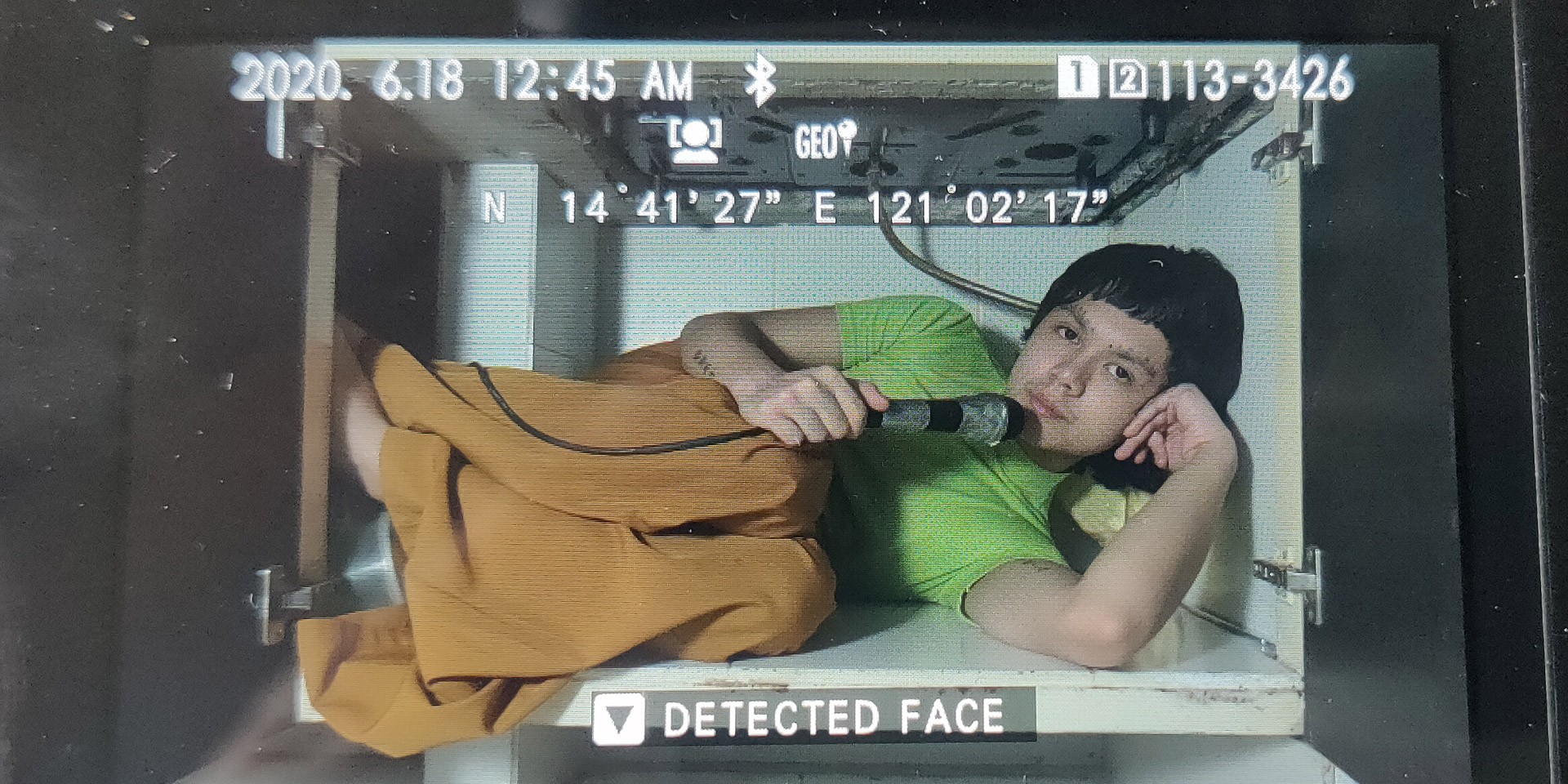 Zild Benitez has been stuck at home but that isn't stopping him from creating.

Over the past few weeks, the IV of Spades bassist/vocalist dropped his first solo singles 'Sinungaling' and 'Dila.' He shows off another side of his creativity and versitility as an artist with exaggeratedly blushed cheeks with these releases, even as he works with the same group of people behind the scenes at IVOS productions.

Bandwagon spoke with director Daniel Aguilar to talk about conceptualizing Zild's new music videos, how they were able to shoot while in quarantine, and his future plans.

What were the challenges you faced working on these music videos while in quarantine?

I guess the most challenging part of this project is the post production. Having unstable internet connection can easily interrupt your workflow which can greatly affect the creative process. Having drafts sent for revision can also take up so much time because you really have to be very detailed on everything.

How involved was Zild in the conceptualization stages of these videos?

He has always been hands-on in all of our projects. He makes sure that I get his main idea really well so I can build the foundation of the concept and fill in the details from that.

Tell us the story behind the 'Sinungaling' music video.

This is a simple video. My interpretation for the concept is how we mask ourselves with different personalities whenever we lie.

What about the 'Dila' visual?

I wanted the video to be as wild as possible because I wanted to visualize how crazy our imagination can go whenever we try to interpret the things that we hear.

In what ways do you feel you translated the meaning behind both songs into their visuals?

I guess the best way I could do that is by really listening to the songs a billion times then translating them into what they made me feel. I think that the limitations that this pandemic has caused us helped me extract all the ideas that I can from my mind.

Also, having constant communication and the spirit of collaboration with the songwriter himself and our creative director, Shanne Dandan, gave me a great source of inspiration that I think really showed in our final product.

What's it like working with Zild on his solo projects?

I’ve been collaborating with Zild since high school so working with him in these projects felt like us doing a requirement that we need to pass to our teacher. It’s like playing around the house because we’re not allowed to go outside.

Another great thing about working with him is that he also respects me as an artist so he gives me the freedom to also express myself. The videos are not just his project with me working for him. The project is both ours in a way.

Who else was involved in creating these videos? What was it like working with them?

Shanne helped us a lot in terms of creative direction. Ate Faith (Zild’s sister) was kind of our sanitation department and production assistant. Shaira Luna was in charge of Zild’s wardrobe but she was not present in the shoot. She just had the clothes delivered. We had to keep the team small so we could maintain safety protocols.

What was the environment like on set, considering the "new normal"?

We built the entire “set” ourselves. I brought all the equipment I could in Zild’s house and we made the most out of the space. Everything was sanitized before I went inside and we even underwent rapid testing to ensure everyone’s safety.

In our shoot for the 'Sinungaling' video, Zild’s house became a studio for everyone. We were shooting a music video downstairs, Zild’s dad was shooting a video message for work in Zild’s room and his sister was shooting a vlog in the attic. We had to stop the shoot a few times because his dad would need help in his setup. We were already in the middle of shooting when his sister finally let us use the ring light so we had to start over.

Tell us about your future plans.

Like a lot of people, my work is greatly affected by the pandemic. Before the lockdown (aside from my work with IV Of Spades), I created live visuals for different bands such as Gracenote and Ultracombo.

Right now I’m stuck at home and I can’t wait for live shows to be back. I can’t spill too much about my next projects but I really hope that it can be a source of encouragement for other creatives to stay creative even in these tough times.