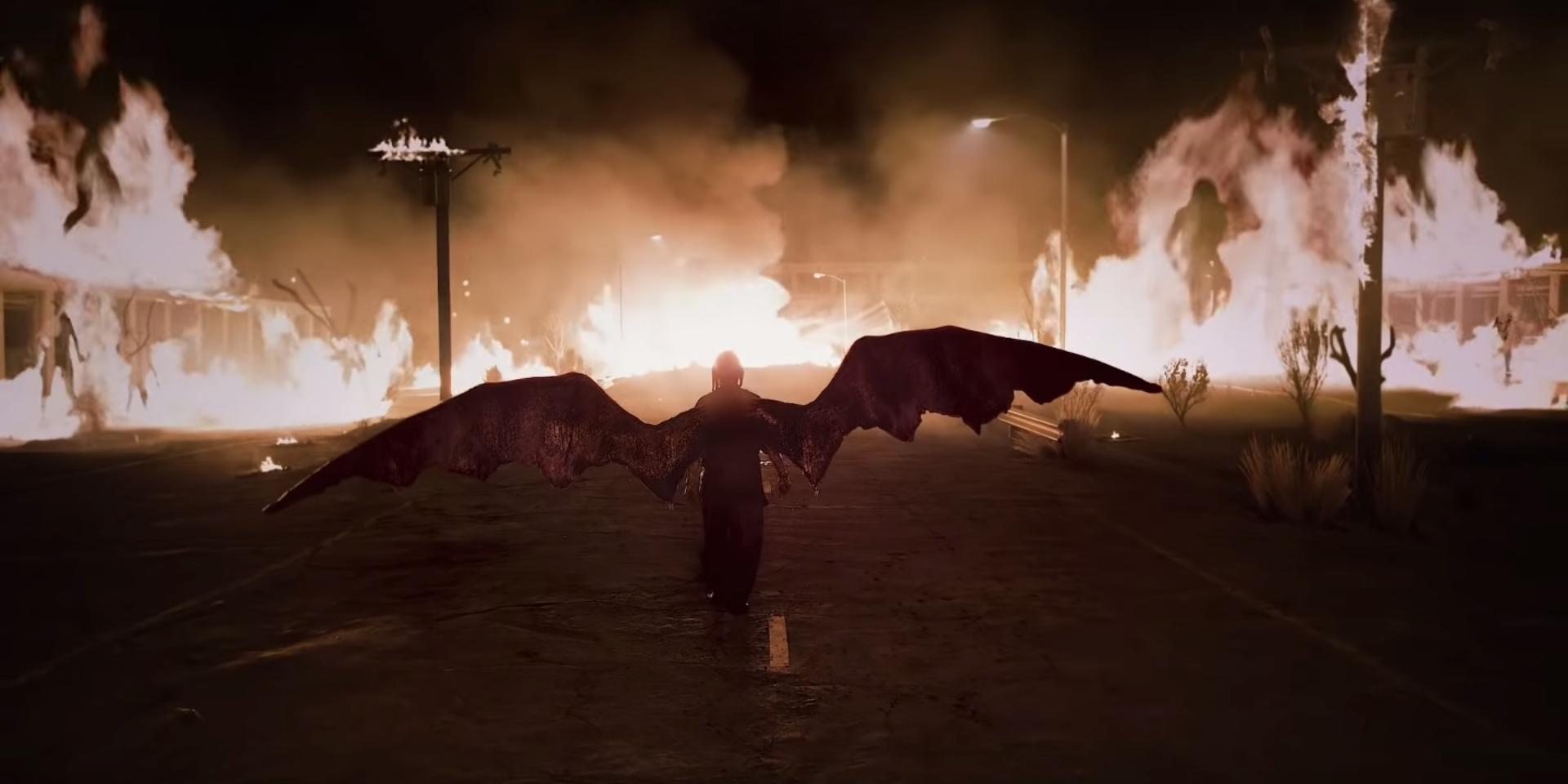 Billie Eilish has once again unleashed her dark world upon ours – this time in the form of a winged creature cast down from above.

The new music video for 'all the good girls go to hell', the fifth track on Billie's acclaimed album, WHEN WE ALL FALL ASLEEP, WHERE DO WE GO?, was released earlier today, 5 September, and has garnered over 6 million views on YouTube in the span of 10 hours.

Directed by Rich Lee, who has also worked with artists such as Lana Del Rey, Eminem, and Maroon 5, the new music video picks up from the memorable scene in 'bury a friend' where Billie's character was injected with multiple syringes of an unknown black substance. Wings start to sprout from Billie's back, and she was cast down to Earth from the skies. Drenched in a similar substance as the one she was injected with, Billie trudges around a burning city, dragging her heavy wings behind her.

This comes after the release of a live video for Billie's song, 'i love you', which was filmed at her recent performance at The Greek Theatre.

Check out the new music video for Billie Eilish's 'all the good girls go to hell' below.