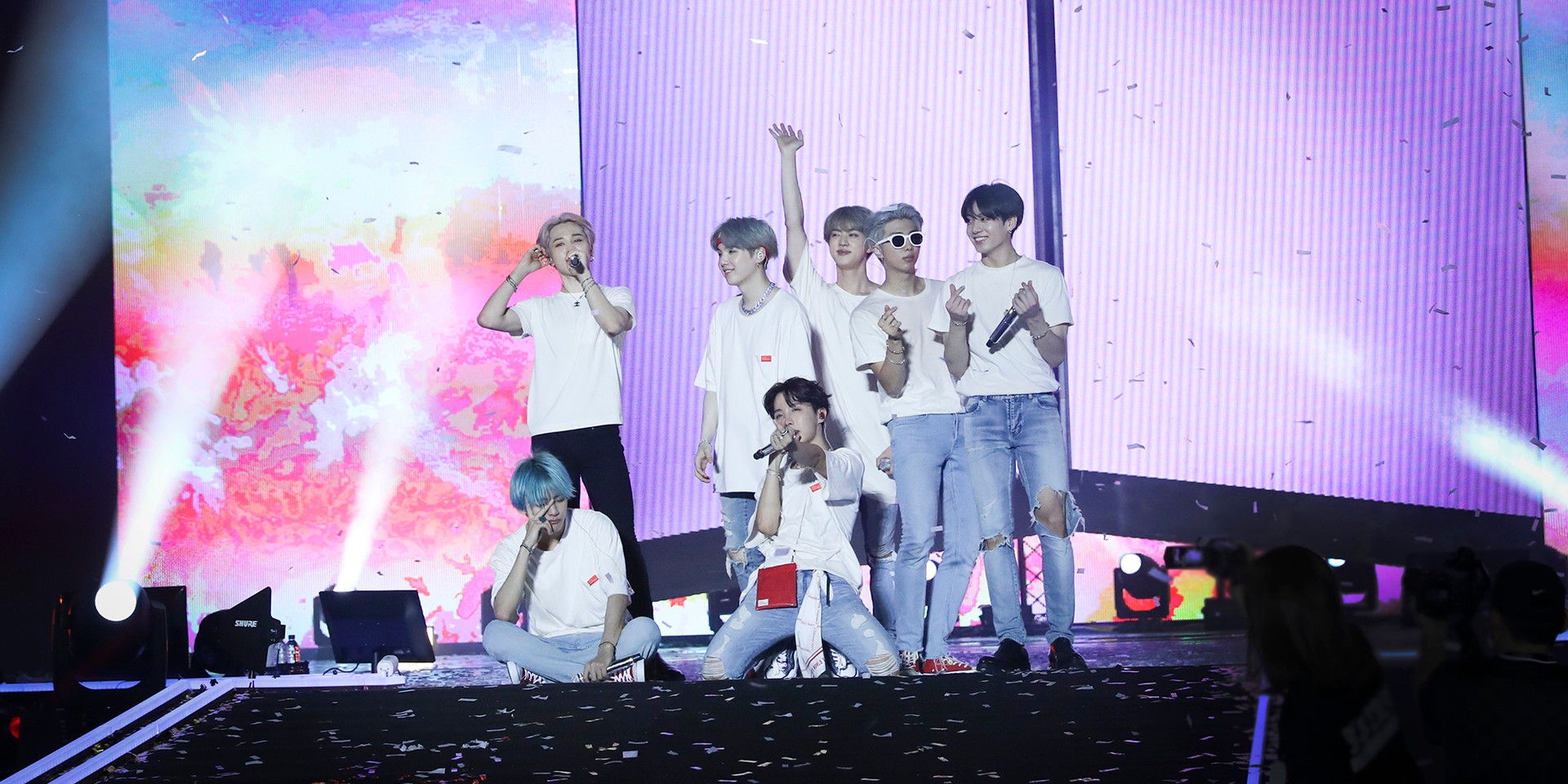 BTS have officially cancelled their long-postponed MAP OF THE SOUL world tour.

In an announcement from BIGHIT MUSIC, the music label confirmed that the pop group's world tour will no longer be happening due to the ongoing concerns and changing circumstances regarding COVID-19. MAP OF THE SOUL was originally supposed to commence last April 2020 and was rescheduled to this year during the beginning of the pandemic.

"Due to changing circumstances beyond our control, it has become difficult to resume performances at the same scale and timeline as previously planned," says BIGHIT MUSIC via an official statement on Weverse.

MAP OF THE SOUL was slated to be BTS' biggest and grandest concert tour to date.

mots tour was going be massive. they had so many big plans after their experience with the SY stadium tour. playzones, customized tour villages with themed hotels, food & rest areas … bts concerts were going to be like festivals. they were already trying things at sy seoul 🥺 pic.twitter.com/pU83HQwZ9r

Read the company's full statement below.

Hello.
This is BIGHIT MUSIC.

We would like to provide some information regarding “BTS MAP OF THE SOUL TOUR”.

Our company has worked hard to resume preparations for the BTS MAP OF THE SOUL TOUR, knowing that all fans have been waiting eagerly and long for the tour. However, due to changing circumstances beyond our control, it has become difficult to resume performances at the same scale and timeline as previously planned. Therefore we must announce the cancellation of the BTS MAP OF THE SOUL TOUR.

The tour’s concerts in Seoul were previously canceled in February of last year, followed by the postponement of the North American leg in March; dates in Europe and Japan were postponed prior to the start of ticket sales in those regions. We regret that we must now inform you of the formal cancellation of the tour. For fans who have reserved tickets for the North American shows, you will receive an email from your original point of purchase regarding refunds.

Once again, please allow us to offer our sincere apology to all fans who have waited for the BTS MAP OF THE SOUL TOUR to resume. We are working to prepare a viable schedule and performance format that can meet your expectations, and we will provide updated notices as soon as possible.

Following the announcement, ARMY (BTS fans) took to social media showing their support and best wishes for the group, even trending the hashtag #ARMYwillwaitforBTS. Check out what some of them have to say below.

Hoping for better days and that we'll see each other again soon. For now, we'll keep shining bright, together ✨

Virtual hugs to @BTS_twt & ARMY all around the world 🌎 @bts_bighit pic.twitter.com/05kX4ib7nv

It's not your fault, it's not my fault. It's not our fault or anyone's fault. We are just humans who are doing our best and are doing what we can do. - RM

Better days with bangtan until the concerts are possible again 🙏

and yes i truly believe that we will one day meet each other in the purple ocean. get vaccinated, wear a mask and get ready. cause it’s not over till it’s over say it one more time… #ARMYWillWaitForBTS pic.twitter.com/axJognvzgg

A bts concert is indeed the most magical place in earth, we'll see and experience it again maybe not now but soon. one day, you'll be part of this beautiful ocean 💜 #ARMYWillWaitForBTS pic.twitter.com/IJDZ2105tf

MAP OF THE SOUL was supposed to be BTS' follow up tour to their 2019 Love Yourself tour, that landed in the top 3 on Billboard's year-end Top 40 Tours chart. It is the group's most successful tour to date, earning over USD 196.4 million across 42 shows and seeing an attendance of over 2 million people. According to Billboard, the Love Yourself tour is also the highest concert tour by a non-English act.

In the absence of live concerts, BTS has still been hosting an array of shows in the online space, each being more successful than the last.

Korean concert director Kevin Kim talks what it takes to be in the music industry, working with BTS, CNBLUE, JYJ

In June 2020, in celebration of their 7th anniversary, the group held Bang Bang Con where it garnered over 756,000 concurrent viewers, earning at least USD 19 million. The virtual concert marked one of the first successful paid online concerts amidst the height of the pandemic.

The record was short-lived, however when BTS shattered it once again with MAP OF THE SOUL ON:E four months later. The concert saw 993,000 concurrent viewers across 191 countries and approximately grossed over USD 43 million.

BTS explore the universe with over 1.33 million fans at MUSTER SOWOOZOO 2021 – gig report

Most recently, the group held their 8th-anniversary concert celebration, MUSTER SOWOOZOO 2021 which in true BTS fashion, broke their own record once again. Across two days, the virtual livestream saw 1.33 million viewers from 195 countries and is said to have brought in over USD 71 million inclusive of tickets and merch sales.

Relive the BTS concert experience with their performance of 'Mikrokosmos' at the final stop of Love Yourself Speak Yourself 2019 tour in Seoul.